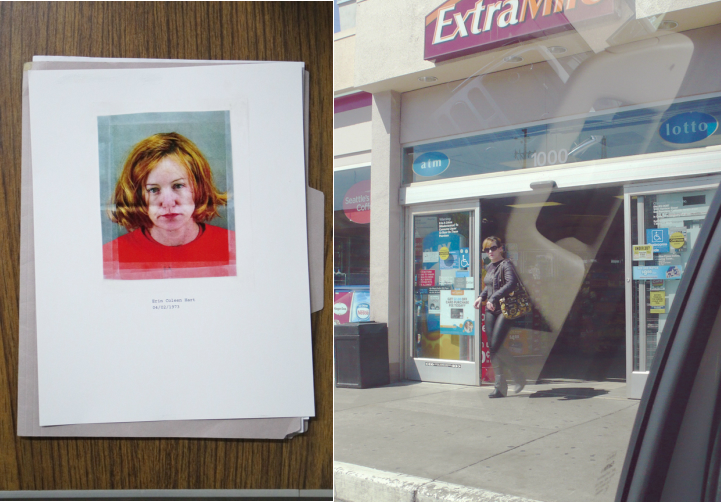 In 2011, artist Jessamyn Lovell was at the gallery SF Camerawork discussing her upcoming show when her wallet–and, eventually, her identity–was stolen by a San Francisco woman named Erin Hart. When Lovell started receiving mysterious bills, parking tickets, and even a summons to appear in court on theft charges, she realized that she was a victim of identity theft. Furious and frustrated, the artist decided to channel her frustration into Dear Erin Hart, a project that stripped away Hart's anonymity in an effort to piece together a portrait of the criminal who had disrupted her life.

Lovell hired a private investigator to track down Hart, who was in jail on an identity theft conviction. Waiting in a car outside the jail, Lovell photographed the woman as she was released, and eventually began following her and capturing paparazzi-like shots of Hart in public places. “Through photography, video, and other forms of documentation, I make an attempt at understanding this woman and the course of events that brought [our] lives together,” Lovell says, taking on the varied roles of victim, stalker, investigator, artist, spy, and vigilante. According to the artist, her work “touches on contemporary concerns of surveillance and selfhood within the information age.”

Lovell's efforts culminated in an exhibition from September 3 to October 18 at SF Camerawork, the very place her wallet had been swiped. In a continuation of the project, the Albuquerque, New Mexico-based artist hopes to contact Hart in order to deliver a letter that she's written for the woman who stole her identity. Lovell says that even if Hart refuses to talk to her, she will at least be forced to acknowledge the existence of the victim of her crime. The artist is raising money for the trip from Albuquerque to San Francisco through a crowdfunding campaign and the sale of her own photos on Etsy.

Update: We were lucky enough to have the opportunity to ask the artist a few questions about Dear Erin Hart,. Check out that exclusive interview, below. 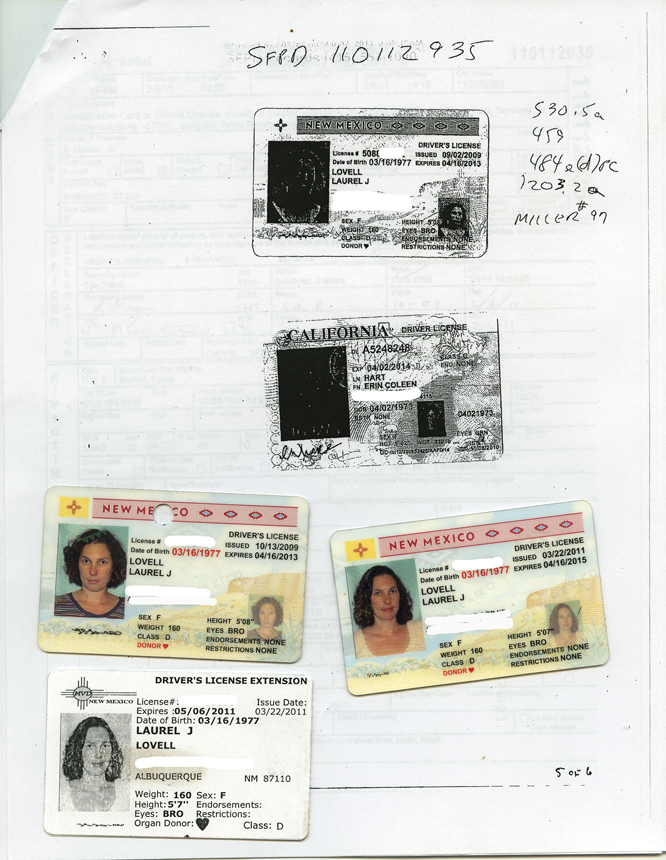 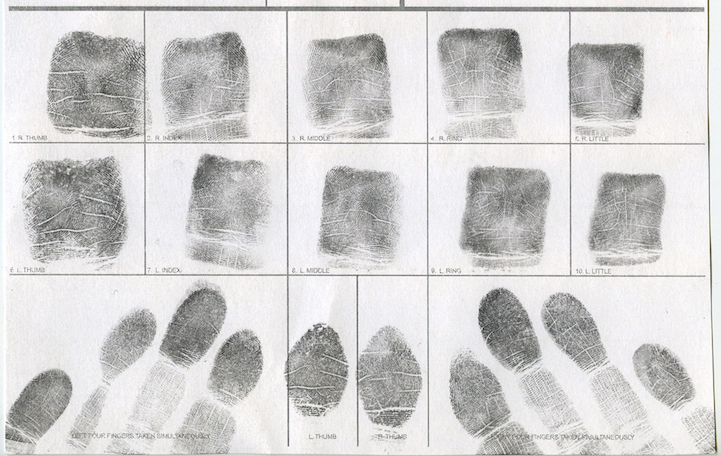 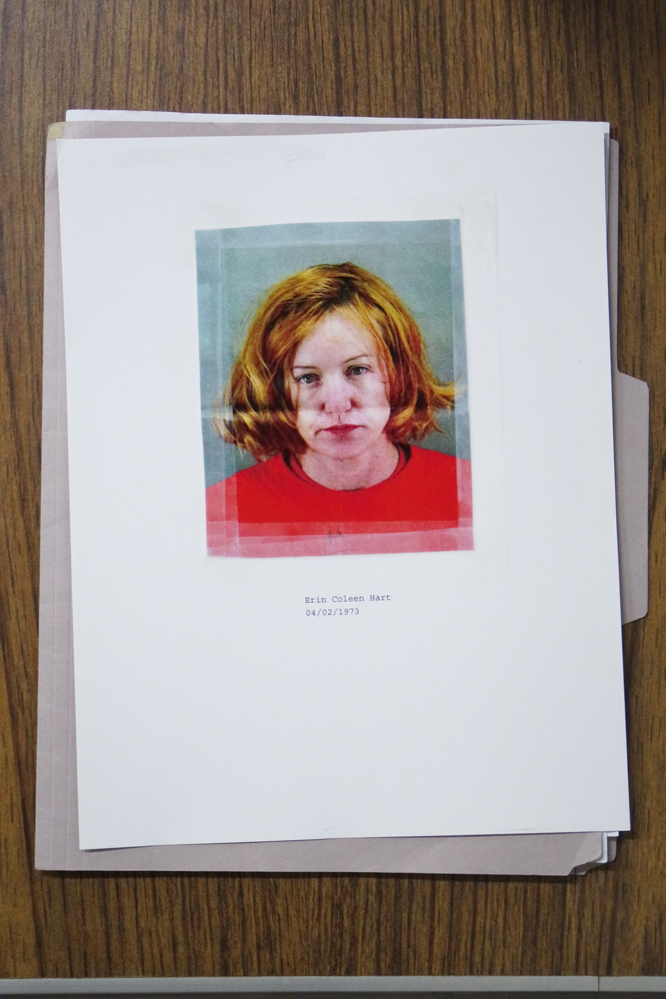 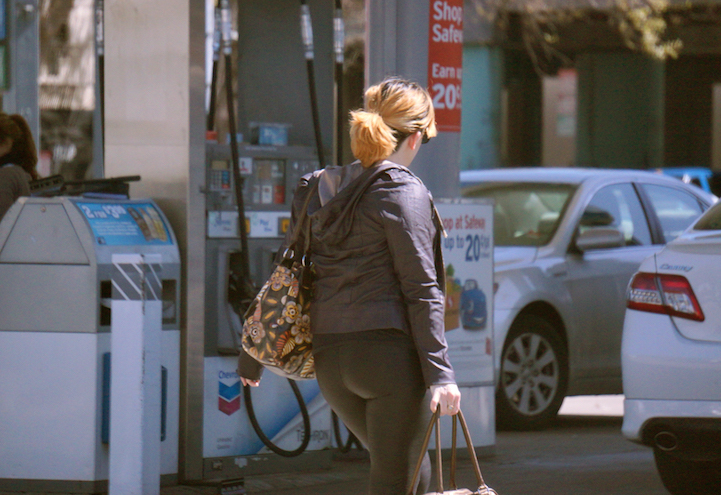 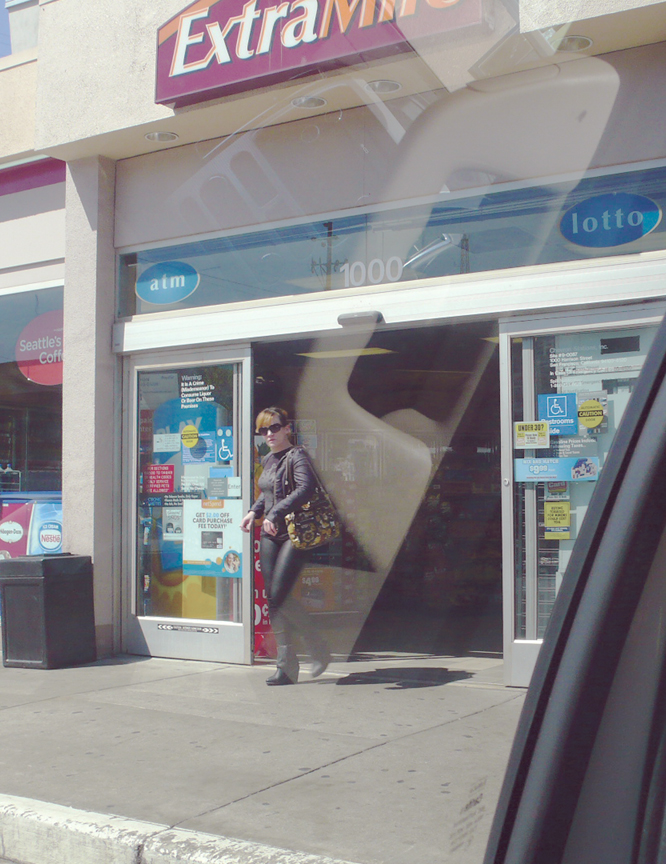 Is Dear Erin Hart, your way of exacting revenge upon this woman who has disrupted so much of your life?

I did begin this project immediately upon leaving the Alameda county court house in response to how angry I felt. I had just spent months preparing documentation in defense of a crime she committed and used my ID at the time of her arrest. As the project went on, however I started to wonder who she was, why she did what she did, and even what she hoped or did gain from using my drivers license. I see the project now less as exacting revenge and more of an exercise in trying to understand the woman I did not choose to cross paths with and as a means of exploring some of the parallels between her life and mine. In the end, most people read the project as taking her anonymity, which I like but I think of it more as she entered my life without my permission and then I responded. I took a difficult situation that happened to me and made it into something I could learn from and hopefully share with others to learn from.

How do you feel about your transformation into a stalker-like, vigilante-esque figure while you were tracking Hart's movements?

Well, I did a project before this in which I found and photographed my estranged father without him knowing so I was pretty familiar with the territory. I can't say that I do not get a major thrill from tearing around the streets of San Francisco in a black tinted SUV with my P.I. driving but I am most interested in exploring issues of privacy and how they inform identity, which I like to think both of these projects do. I also think of myself as performing during these investigations. So the photographs, video, audio, stories are all documentation of elaborate performances I enact in collaboration with my unknowing subjects. 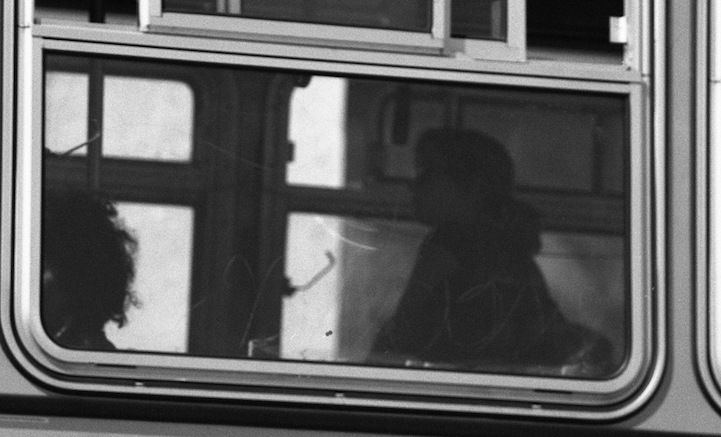 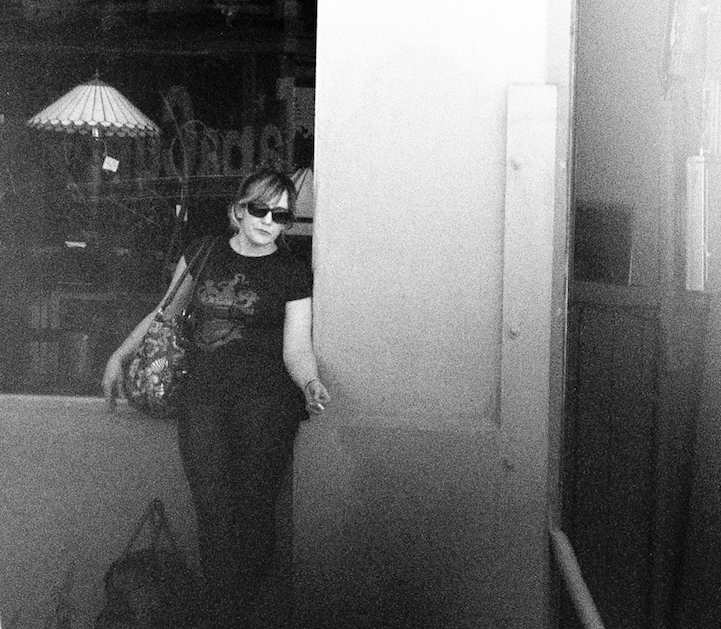 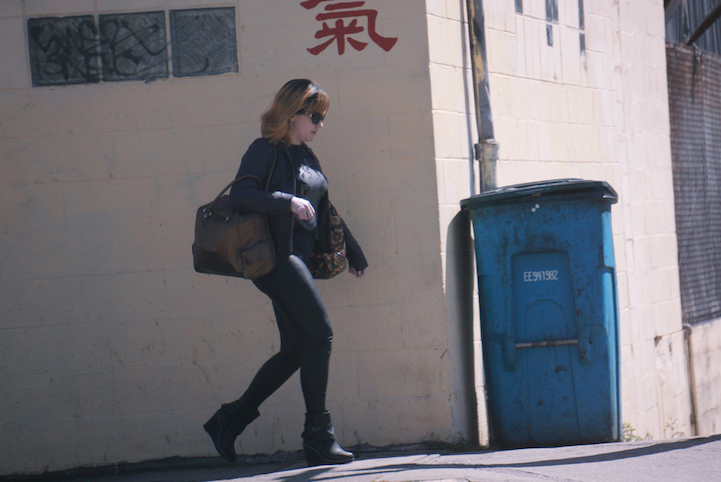 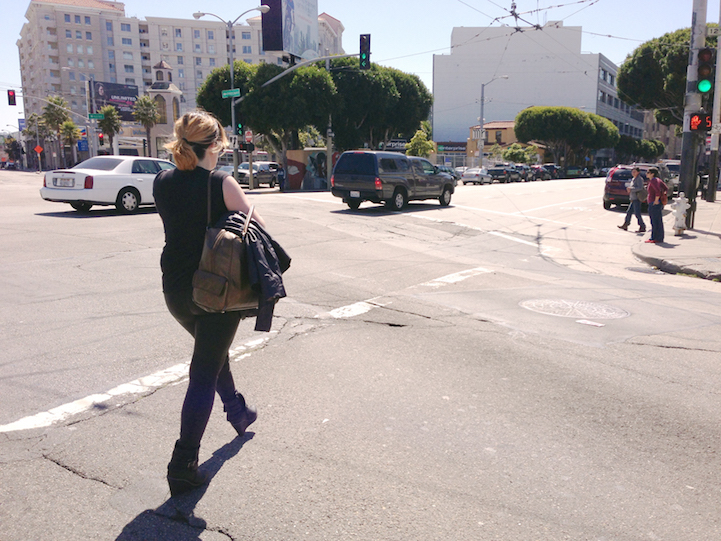 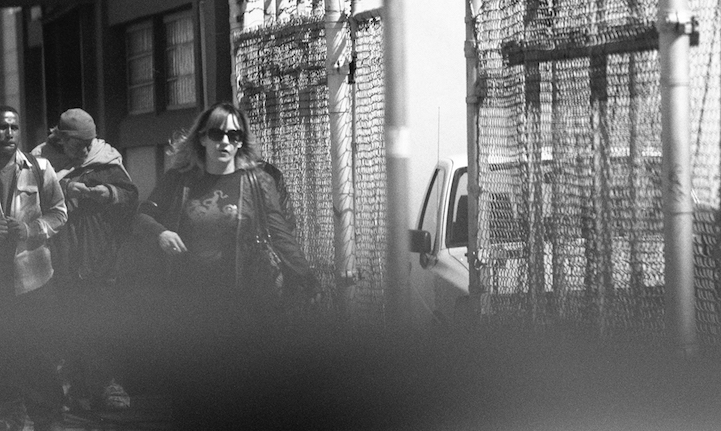 Do you feel like you have gained a greater understanding of Hart or yourself through this undertaking? Have your feelings toward Hart changed as you've observed more of her life?

Absolutely. Through this experience and my exploration of it as an art piece I have examined multiple aspects of my own privilege and questioned how I came to be where I am today given some of the struggles I have faced in my past. I grew up in a difficult situation having survived homelessness and poverty from a young age. I made some critical decisions that led me to become an artist and an academic, which could have gone in a completely different direction. I have thought a great deal about the disadvantages we all experience in different ways but what makes us each unique is our choices and responses to these life situations. I do not believe that Erin Hart is a bad person because she stole my identity or because she is a criminal. Through this project I wanted to remain open to what her life story is, What led her to this place and this time – specifically to use my ID to commit multiple crimes. I have often contemplated that she might have her reasons for doing what she does and often speculate on what those might be. I mean, we all make choices. Through the project I have learned that a big difference between Erin Hart and myself is that I believe we each possess different levels of empathy. I reserve the right to judge completely until I have actually met her but I think I am much more empathetic in general that she is, which is an advantage for her if she wants to make a living off of other people's identities.

If Hart agrees to meet you, what is the one thing you most wish to ask or say to her?

I'll offer no spoilers here – I will hopefully meet her in person next month and reveal that when the time is right. I want her to be the first person that hears my questions for her.

Thaks so much for the interview, Jessamyn!