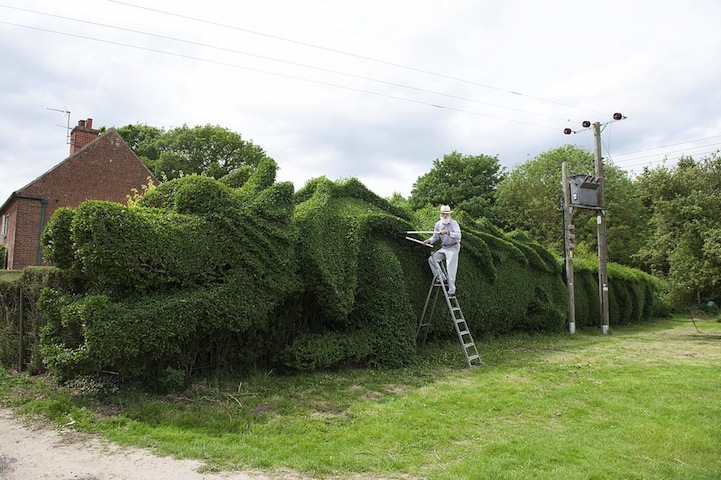 Gardener John Brooker has spent the past ten years meticulously shaping a 100-foot-long, 10-foot-tall hedge into the shape of a giant dragon. The enormous beast has slowly emerged over time and has since become quite a notable landmark on the grounds of Frizzleton Farm near King's Lynn.

With extreme dedication and precision, Brooker used hedge clippers to sculpt six legs, a large head with pointy teeth, scales, and wings into what was once a simple, rectangular row of shrubbery. He spends three days every two to three weeks taming the overgrowing beast and has to climb up a pair of 6-foot-high ladders to reach the top.

When asked why he started the project, Brooker said he was “tired of looking at a straight hedge, to be honest. It was pretty boring after a couple of years. He continued, “The shape just suggested itself. It was just a completely-straight privet hedge to start with. Then I thought I'd carve some arches in the other end, then a head and it just came from there.” 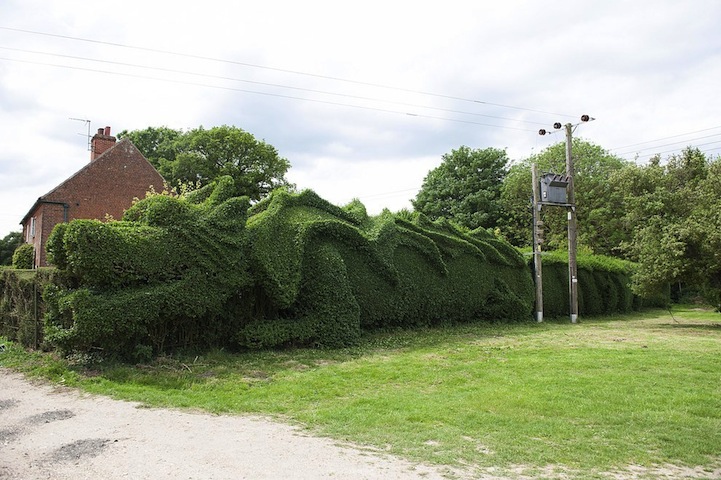 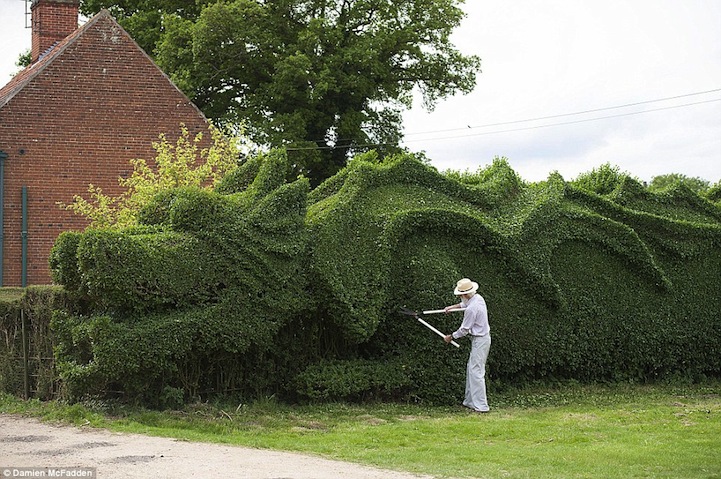 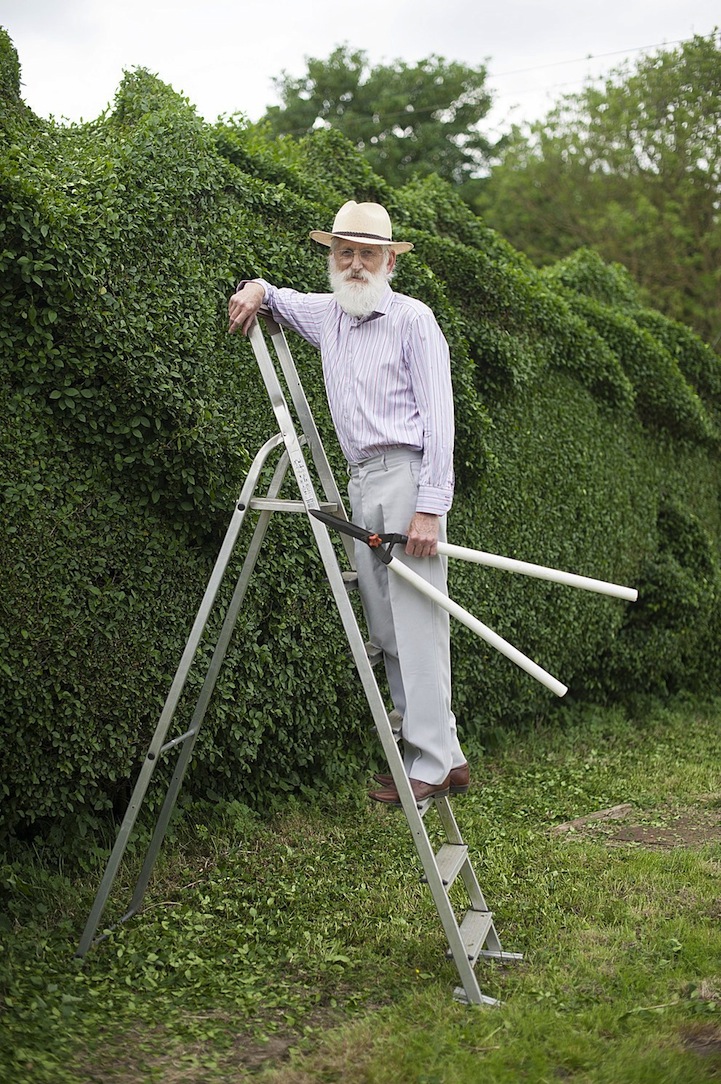