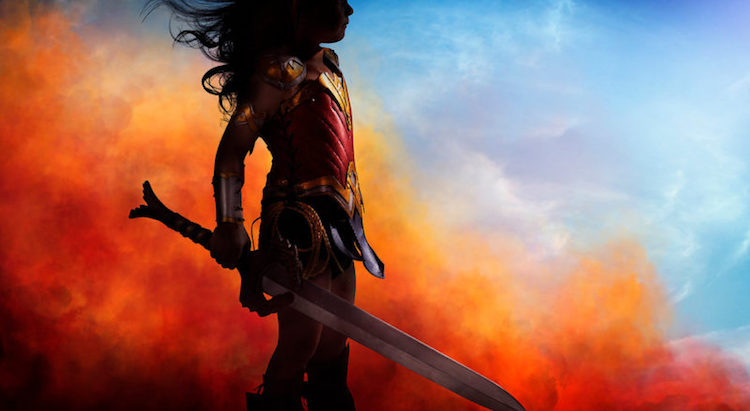 What kid doesn't want to be a superhero? When 3-year-old Nellee shared her dream to become Wonder Woman with her father Josh Rossi, the commercial photographer didn't just head to the nearest Halloween aisle—he created an entire photoshoot. Spending $1,500 on a custom, hand-made, leather Wonder Woman costume and props, Rossi pulled out all the stop to make his child's dream become a reality.

As the Wonder Woman film won't be released until the summer, Rossi had only the trailer to work off of for inspiration. Nellee and her mom put in hours studying the video and 1970s television show in order to perfect Wonder Woman's moves and facial expressions. The shoot itself took a day, with a full Justice League team on hand to help Nellee get into position, especially for a flying scene, which in the final image shows her soaring above an apocalyptic landscape. For many of the images Rossi relied on composite shooting, photographing several body parts individually to create one final image in post production.

The end result is a series of eight images that transport Nellee into the world of Wonder Woman. Now she just needs a shoot with Gal Gadot. See more finished and behind the scenes images below, as well as a short video detailing the making of the adventure. 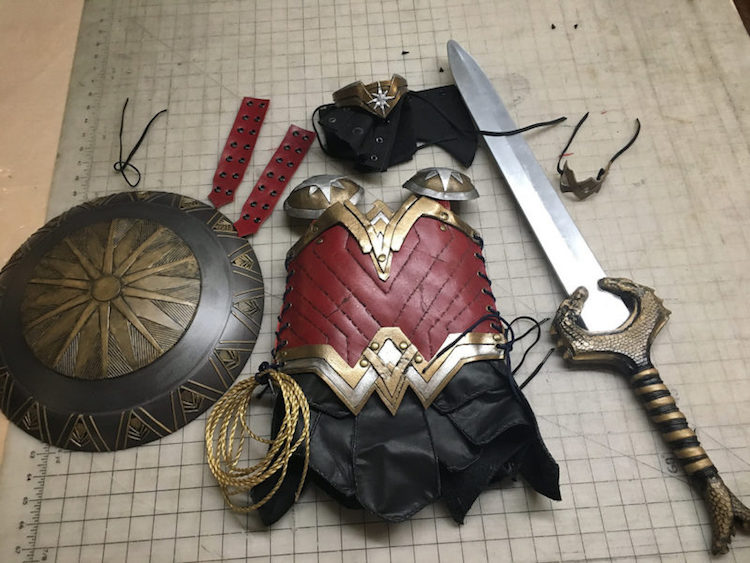 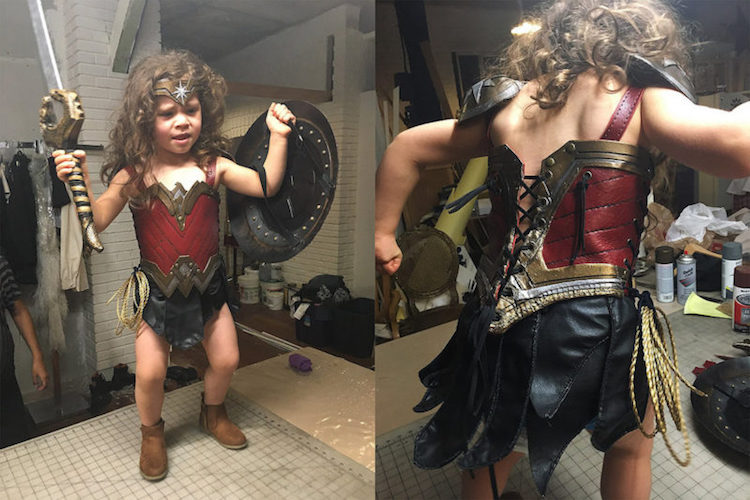 A combination of simple Photoshop effects and complex compositing were used to achieve the final look. 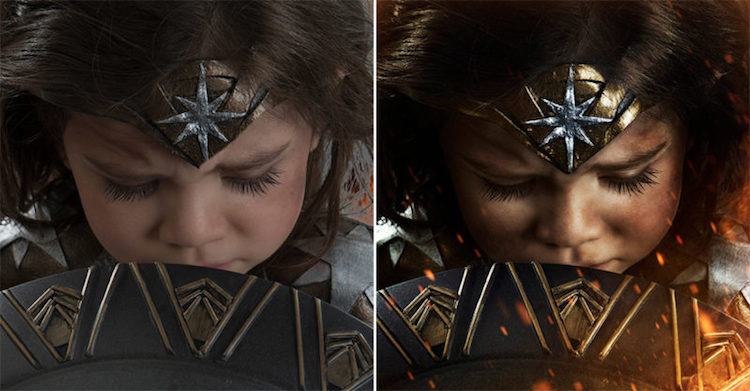 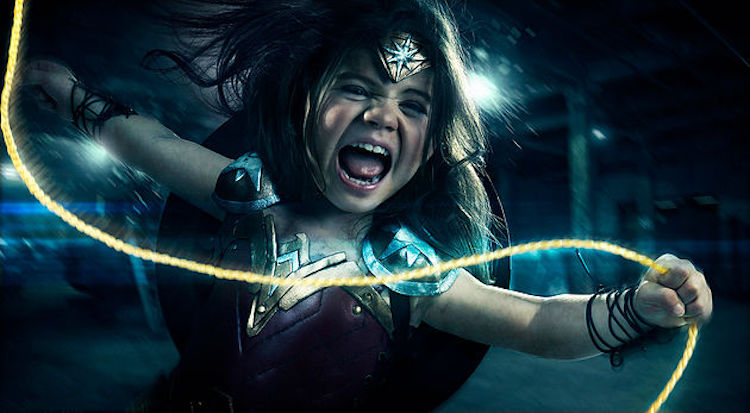 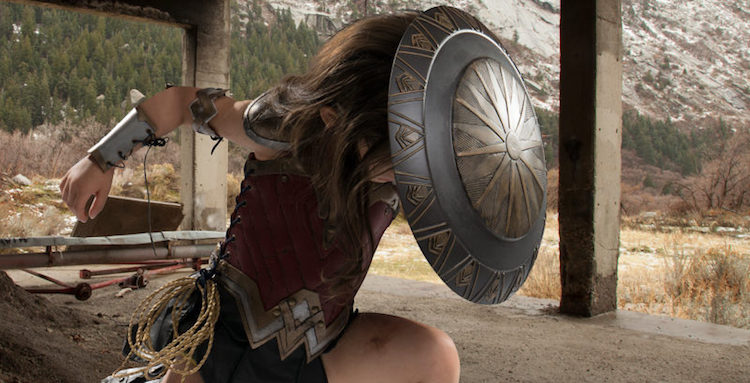 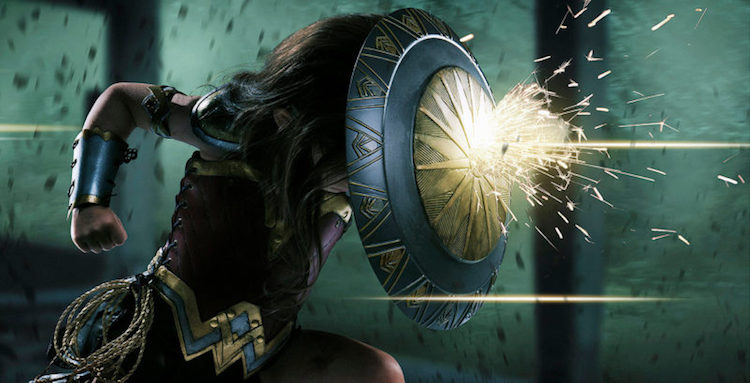 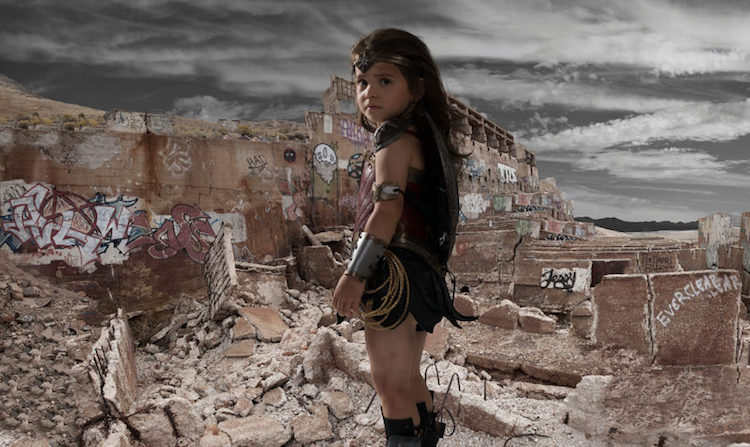 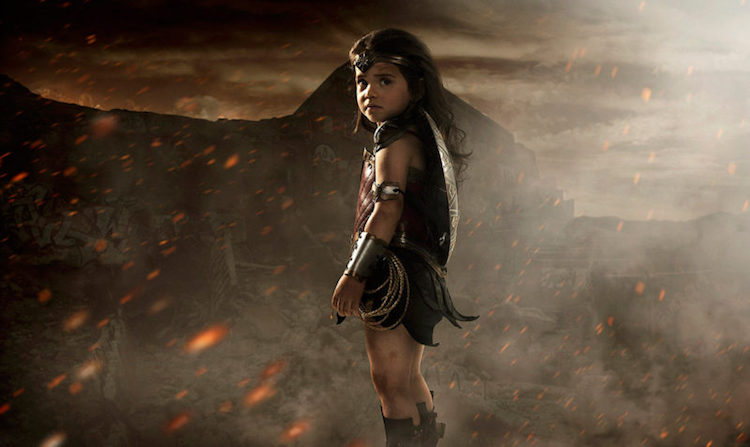 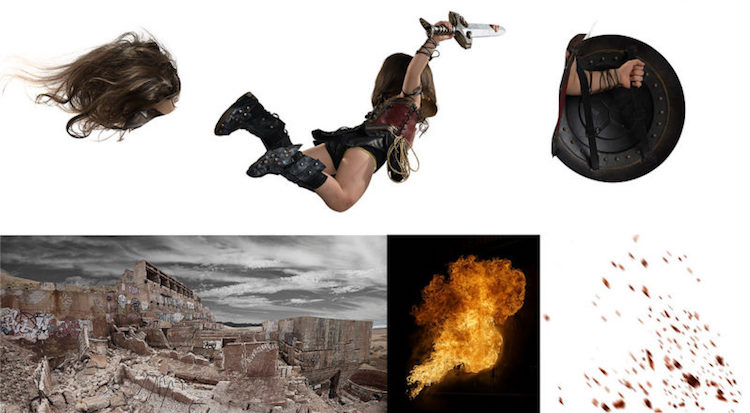 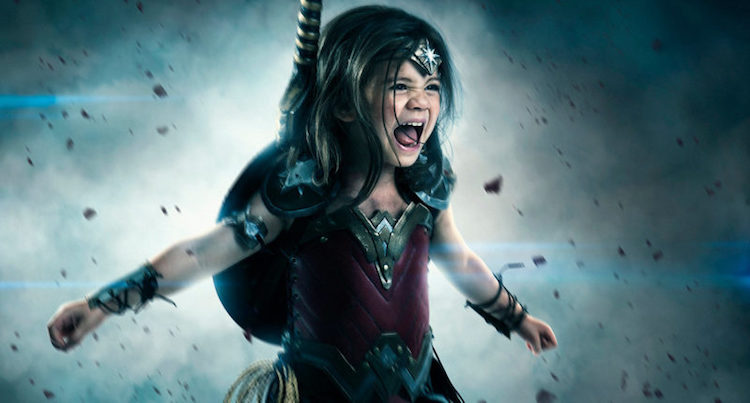 The most difficult shot required several people helping Nellee into position, with her mom working as her “acting coach.” 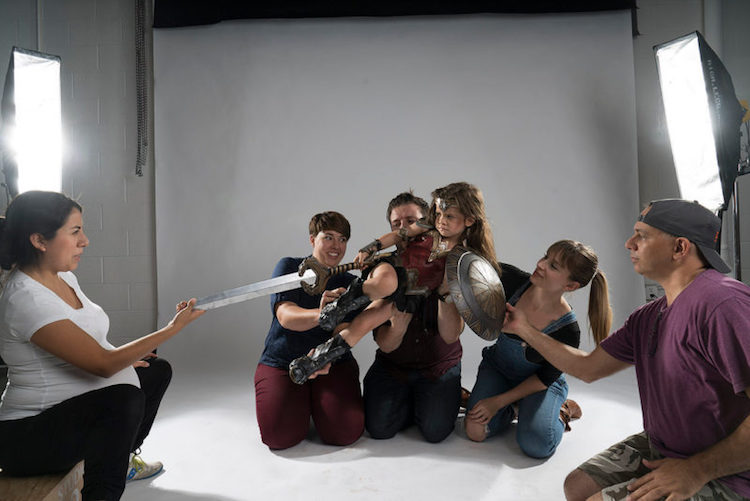 All images via Josh Rossi.