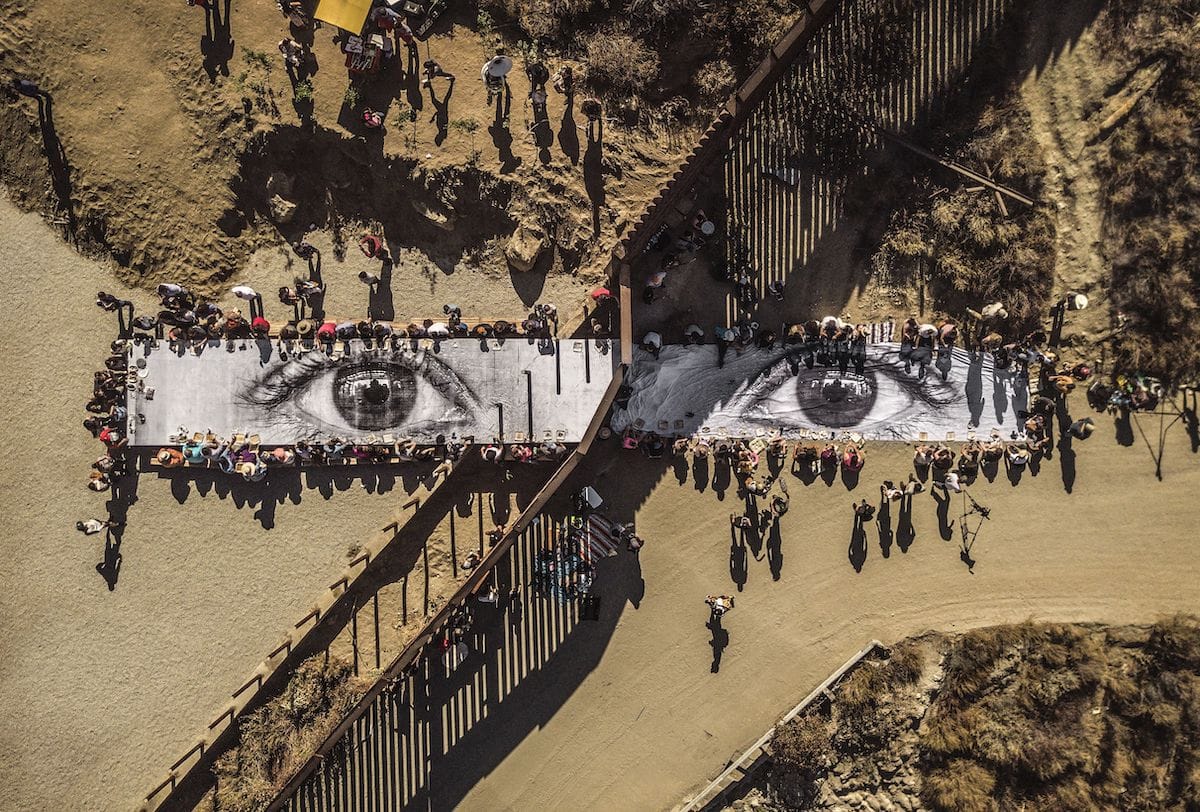 French street artist JR is the subject of a major exhibition opening at London's Saatchi Gallery. JR: Chronicles is the largest solo museum exhibition of the acclaimed artist's work and features his iconic installations from over the past 15 years. First opening in New York, the expanded exhibition is now celebrating JR's career on the other side of the Atlantic Ocean.

The exhibit, which was curated by Sharon Matt Atkins and Drew Sawyer from the Brooklyn Museum, uses photos, video, and ephemera to trace JR's career. JR: Chronicles begins with a look at his work as a young teenage photographer documenting the work of graffiti artists and takes visitors through his creation of large-scale architectural installations around the world.

JR's early work immediately shows his interest in giving a voice to underrepresented communities. This is particularly evident with Portrait of a Generation, his 2004 to 2006 project that features portraits of young people from Les Bosquets. This housing project in the suburbs of Paris was the center of countryside riots in 2005 due to socioeconomic tensions. It was this imagery that launched JR on an international level. 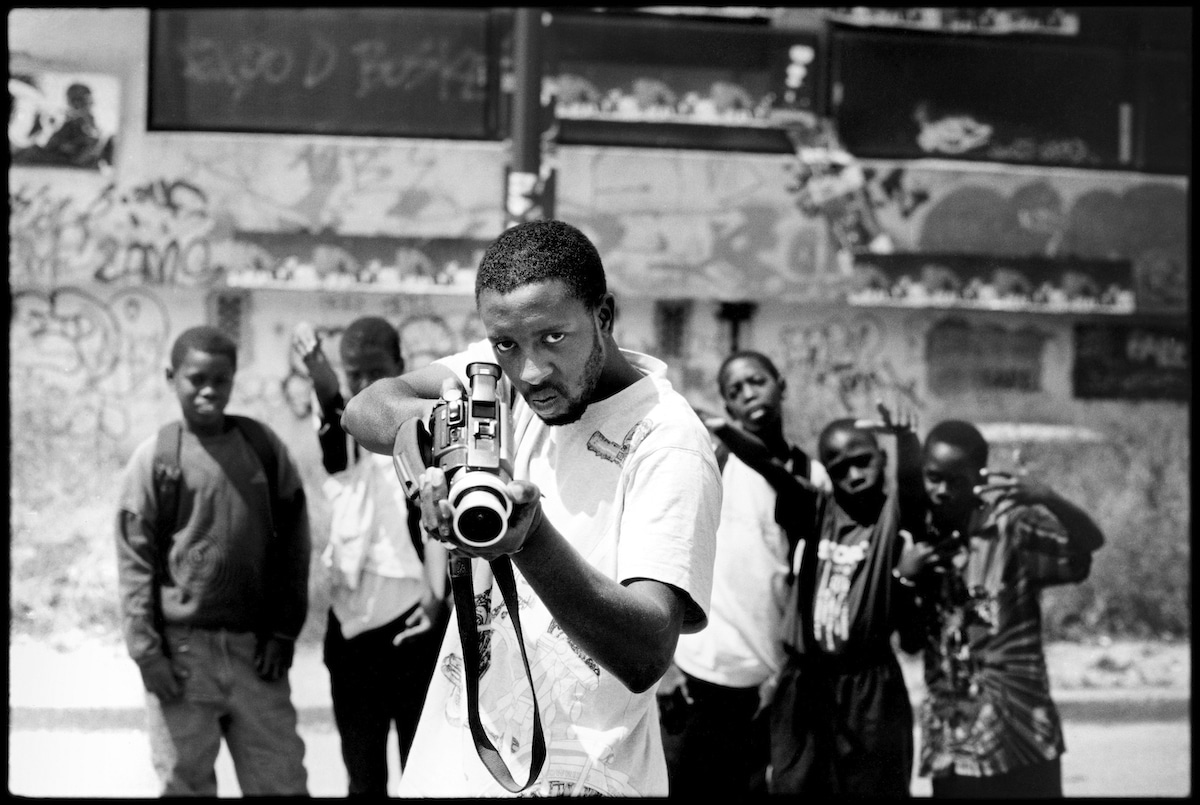 From there, he never slowed down. JR continued to push his commitment to community, collaboration, and civic discourse. Through the course of the exhibit, visitors are invited along with the artist to his travels in Israel and Palestine, Brazil, Cuba, and Mexico, among other countries. By viewing materials from his iconic projects, including Wrinkles of the City and Women Are Heroes, we see JR championing the unsung members of the communities he visits.

As the exhibition progresses, JR tackles bigger projects—both in scale and significance. He takes on America's gun problem with 2018's The Gun Chronicles: A Story of America and the US/Mexico border wall with his 2017 installations. The London exhibition culminates with some of JR's latest work, including installations at the Louvre and his interactions with inmates at a maximum-security prison in California.

“JR: Chronicles takes visitors on a global journey through the intimate storytelling of one of today's most influential contemporary artists,” shares Laura Uccello, partnerships director at Saatchi Gallery. “The exhibition opens in London during a key moment in time in which social engagement and the power of communities have taken center-stage in London and around the world.”

JR: Chronicles is organized by the Brooklyn Museum. The exhibition will open at Saatchi Gallery, London on June 4, 2021 with major support provided by Art Explora. The show runs until October 3, 2021 and tickets are on sale now via the Saatchi website. 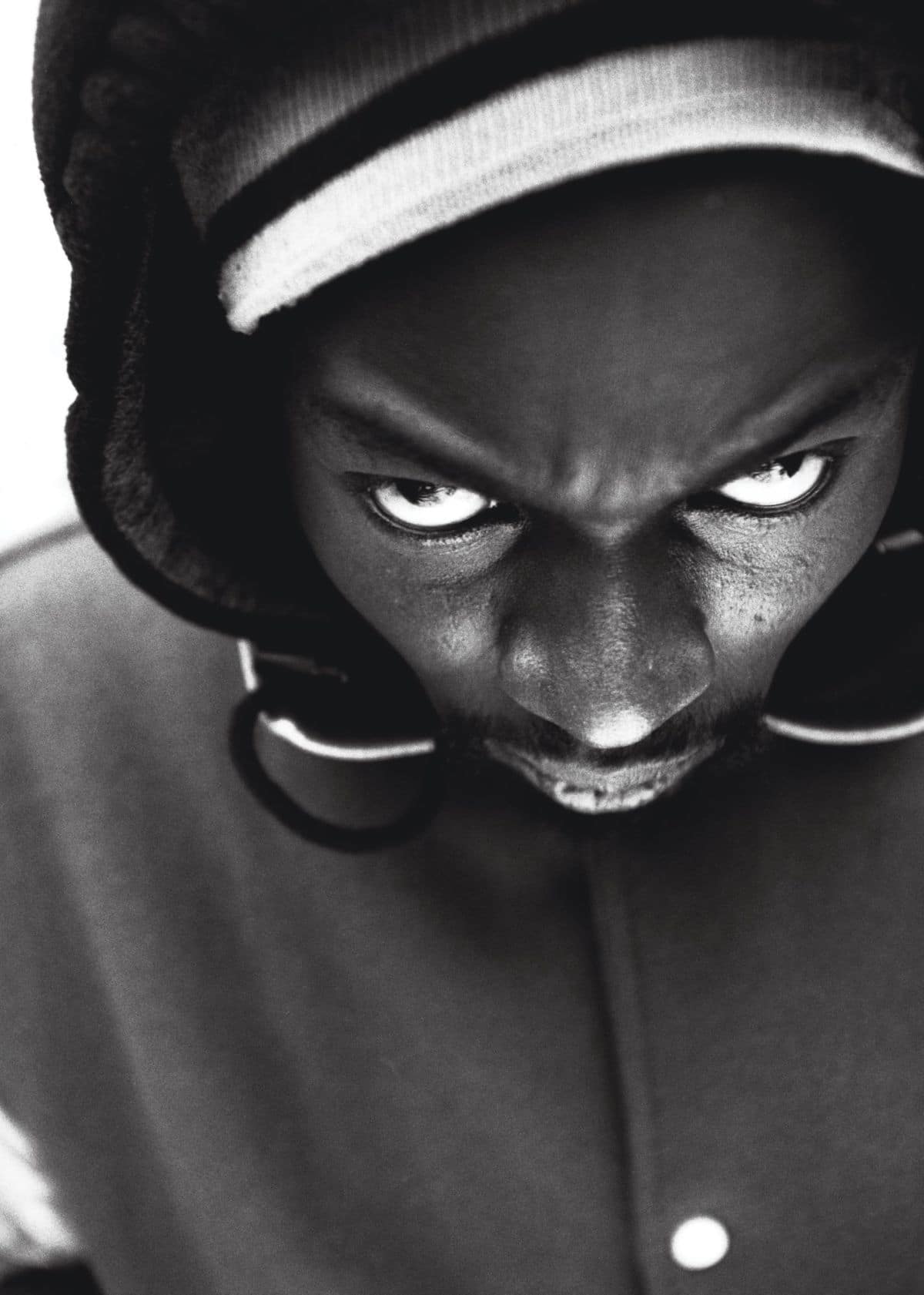 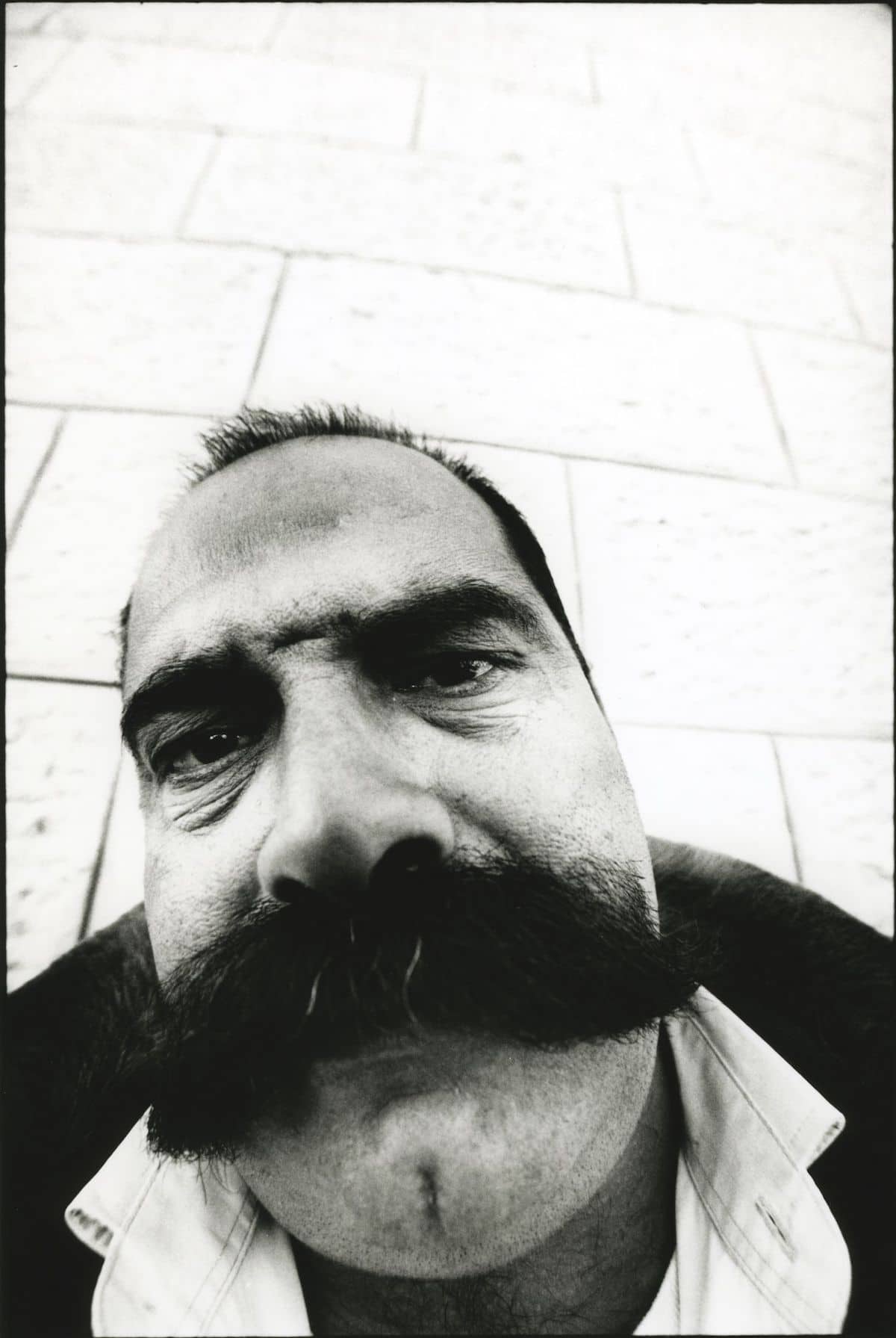 Through photos, video, and ephemera, the exhibition traces the internationally acclaimed artist's career.

JR's commitment to community and spotlighting the underrepresented is clear when following his projects. 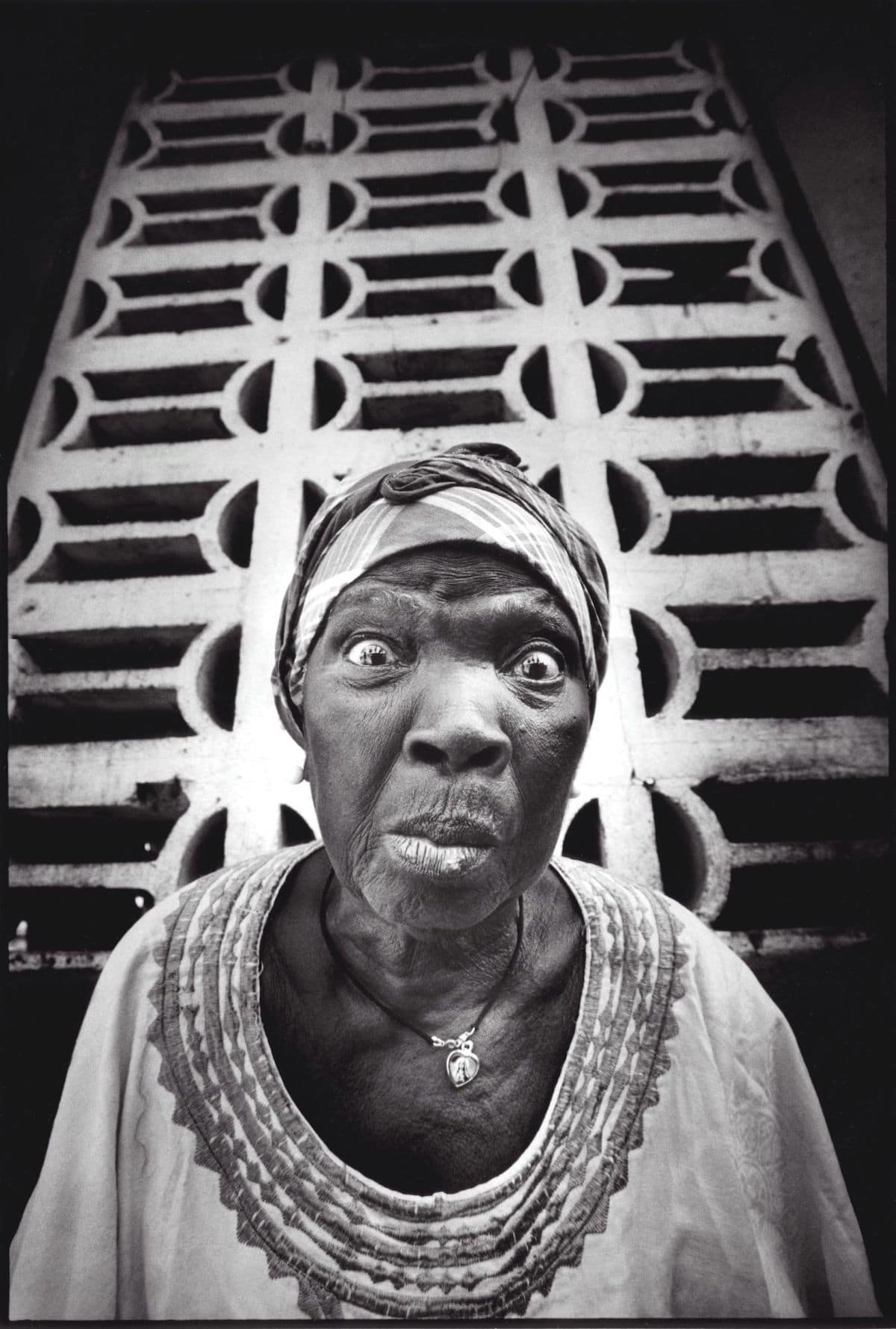 The show, which opens at London's Saatchi Gallery on June 4, was originally organized by the Brooklyn Museum.

JR: Chronicles shows how JR has been a champion of social discourse for the past 15 years. 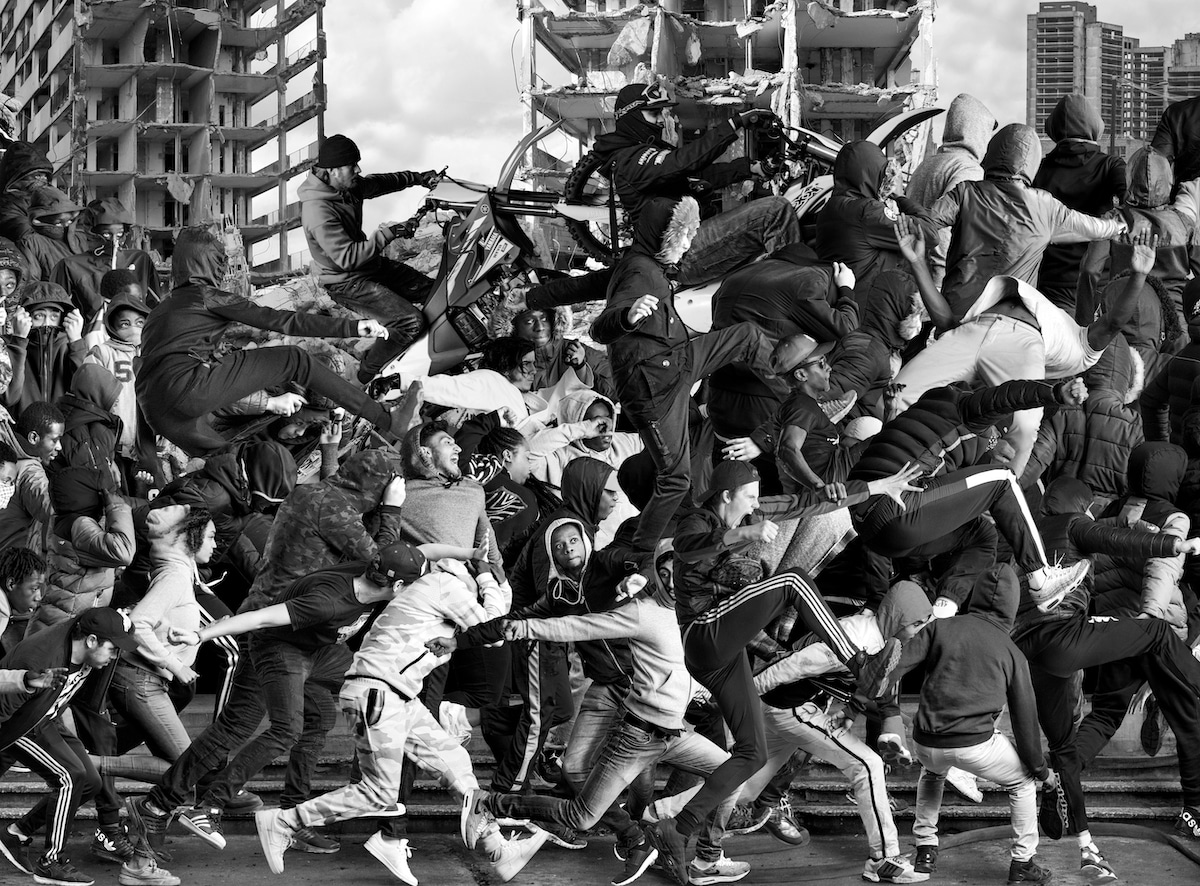 Ready to book your tickets? Share
Like My Modern Met on Facebook
Get Our Weekly Newsletter
Become a
My Modern Met Member
As a member, you'll join us in our effort to support the arts.
Become a Member
Explore member benefits