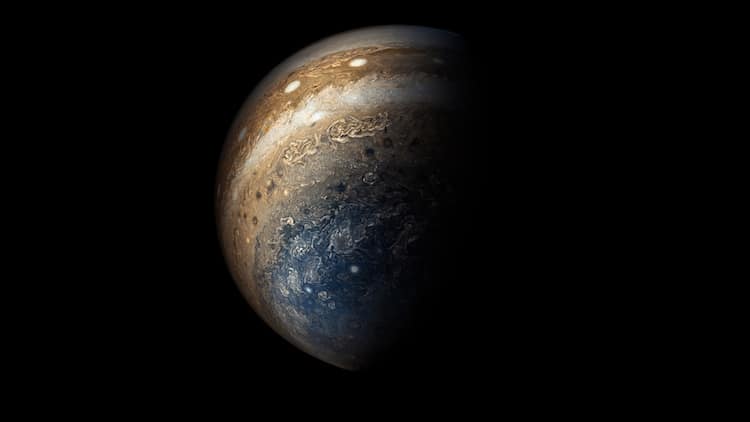 Ever since reaching its destination in July 2016, NASA's Juno spacecraft has captured the imaginations of space lovers worldwide. Recently, on May 19, 2017, Juno conducted its fifth close-up flyby of Jupiter, snapping a new series of photos along the way.

Juno's orbit sets it on a path around the planet once every 53 days, including a swing around just 2,200 miles from the gaseous planet's cloud tops. The spacecraft's JunoCam, which has a 58-degree field of view, once again photographed the flyby for two hours. The resulting RAW images, which took 1.5 days to download, are, as always, available to the public as part of NASA's public outreach.

Now, the time-lapse images have been transformed into moving videos thanks to a collaboration between Sean Doran, Gerald Eichstädt, and Avi Solomon. Doran stitches together colorized images by Eichstädt and sets them in motion, with Solomon adding the cinematic soundtrack. The results are dramatic, sweeping views of Jupiter that celebrate the majesty of the planet. Appropriately, one video even includes a voiceover by Carl Sagan.