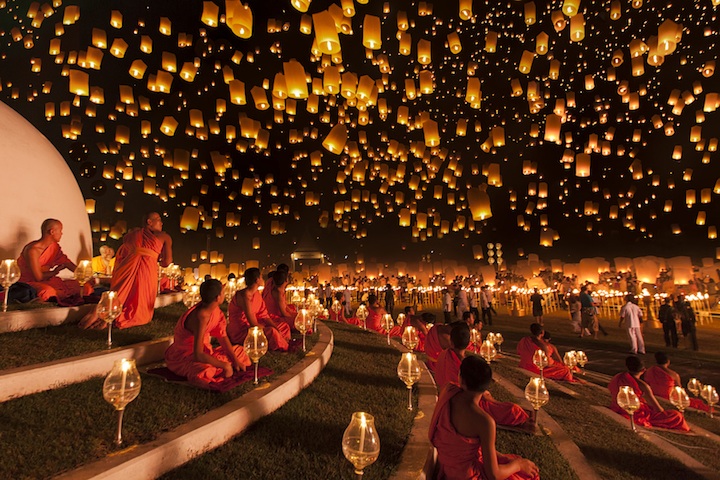 Singapore-based photo enthusiast Justin Ng did it! In November, he attended Thailand's famous Yi Peng lantern festival we wrote about back in September and came back with these stunning new shots. The event seems even more beautiful than we had once imagined.

As he told PhotoBotos: “It was my first trip to Chiang Mai to capture this jaw dropping Yi Peng Lantern Festival on 24 Nov 2012 and I knew it wasn't going to be easy because thousands of lantern would be ascending quickly under low light condition.

“Prior the event, I knew I had to use a wide open aperture which was F2.8 in my case and so I set my lens to the required hyperfocal distance just so I could get everything sharp.

“During the event, a handful of lanterns were released near the venue and that helped me to determine the wind direction and approximate speed so I knew how much time I had to capture the essence of this festival. It's only one minute, in this case, because of the strong wind and, once the lanterns got smaller, the impact would be lost.

“I also wanted the monks to be in my final picture and so I decided on a vantage point which was not accessible by the public. I waited patiently near my desired vantage point and once the lanterns were released, I went up to take a few quick shots while the monks were watching the magnificent sight in awe and I'm glad I nailed it with a kneeling monk.” 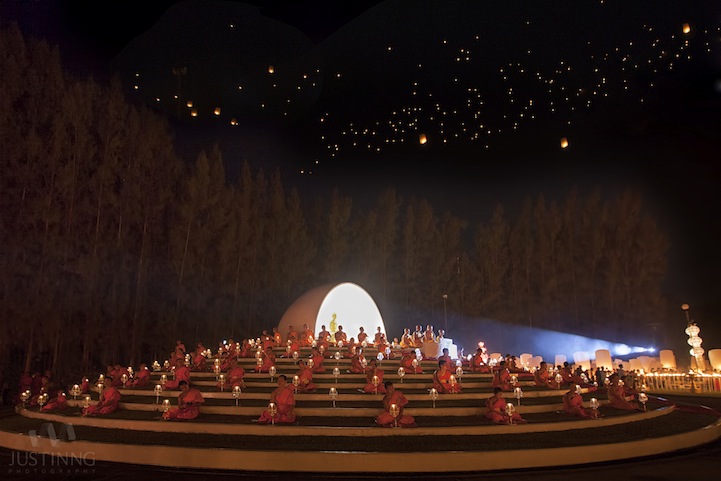 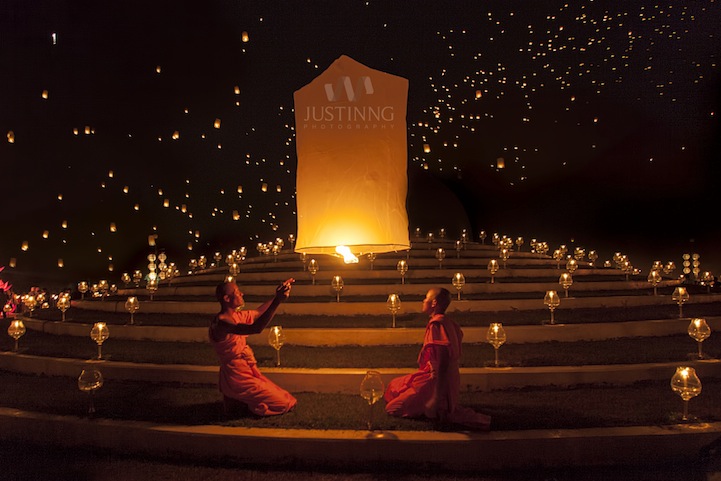