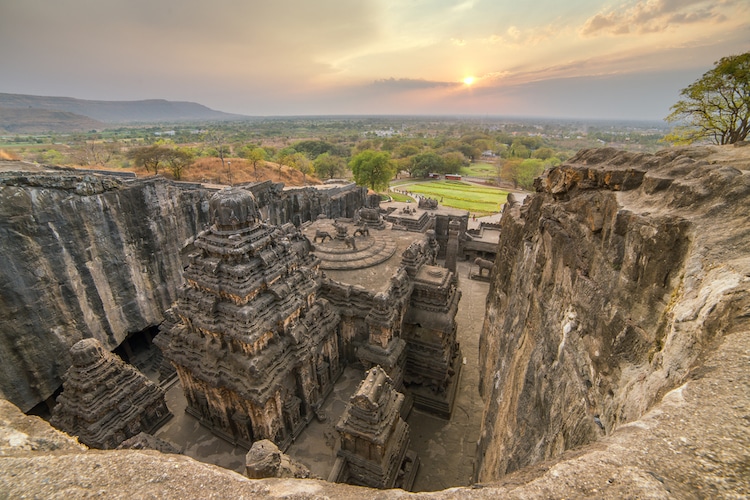 Formed from a single block of excavated stone, Kailasa temple is considered one of the most impressive cave temples in India. The enormous structure is one of 34 cave temples and monasteries that are collectively known as the Ellora Caves. Located in the western region of Maharashtra, the caves are a UNESCO World Heritage Site and include monuments dating between 600 and 1000 CE. While there are many impressive structures on-site, it's the megalithic Kailasa temple that is perhaps the most well known.

Renowned both for its size and impressive ornamentation, it's not entirely clear who had Kailasa temple built. While there are no written records, scholars generally attribute it to Rachtrakuta king Krishna I, who ruled from about 756 to 773 CE. This attribution is based on several epigraphs that connect the temple to “Krishnaraja,” though nothing written directly about the ruler contains information about the temple.

While scholars have yet to discover its true origins, a medieval legend paints a romantic picture behind the mammoth temple. According to a story written in Katha-Kalpataru by Krishna Yajnavalki, when a king was severely ill, his queen prayed to the god Shiva that her husband would be cured. In return for his health, the queen vowed to construct a temple in Shiva's name and fast until the shikhara, or peak, of the temple was completed. 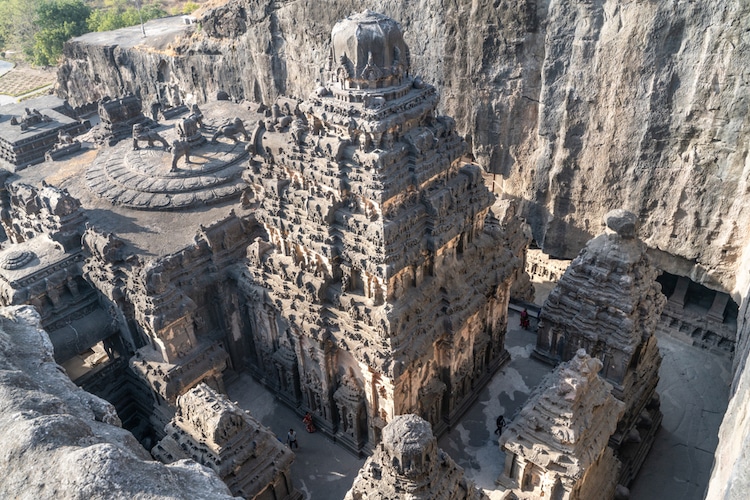 The king quickly got better and construction began on the temple, but to the couple's horror, they realized it would take years for the shikhara to emerge. Luckily, a clever engineer came along and explained that by starting from the top of the mountain, he could make the temple's shikhara appear within a week. This was much to the relief of the queen, who could quickly finish her fast and thus, the temple was constructed from the top down.

Though this is a legend and not fact, the truth is that Kailasa was built from the top. This unusual decision called for 200,000 tons of volcanic rock to be excavated from the rock. Standing at about three stories tall, a horseshoe-shaped courtyard has a gopuram—tower—at its entrance. Given the vast space and the ornate decorations of the temple, it's believed that the work may have started with Krishna I, but could have carried on for centuries, with different rulers adding their own flair.

Enormous stone carvings depict different Hindu deities with particular attention to Shiva. As one walks past the gopuram, panels on the left have followers of Shiva, while panels on the left show devotees of Vishnu.  At the base of the temple, a herd of carved elements appears to carry the load of the temple on their backs. It's thanks to these masterful sculptures, as well as the incredible engineering of the temple, that Kailasa is considered an outstanding example of Indian art and architecture.

Kailasa temple is a megalithic structure carved from one rock. 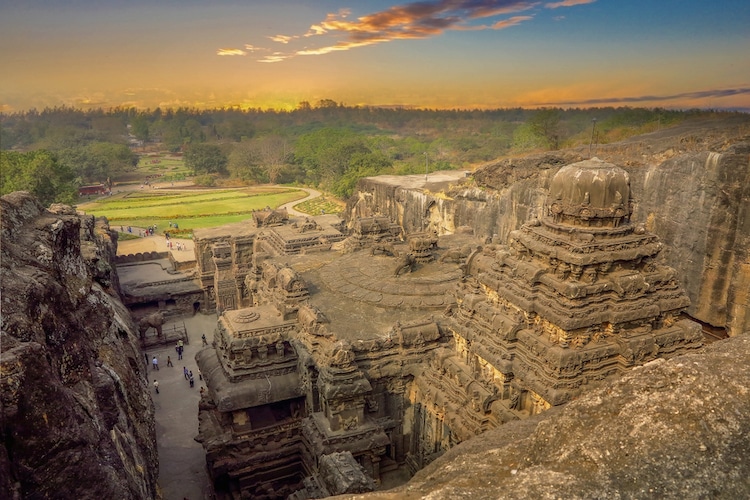 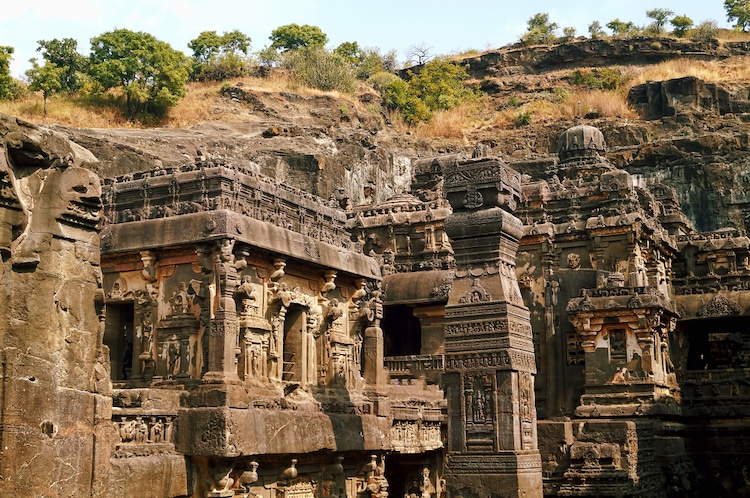 Located in India, it's part of the Ellora Caves and is a UNESCO World Heritage Site. 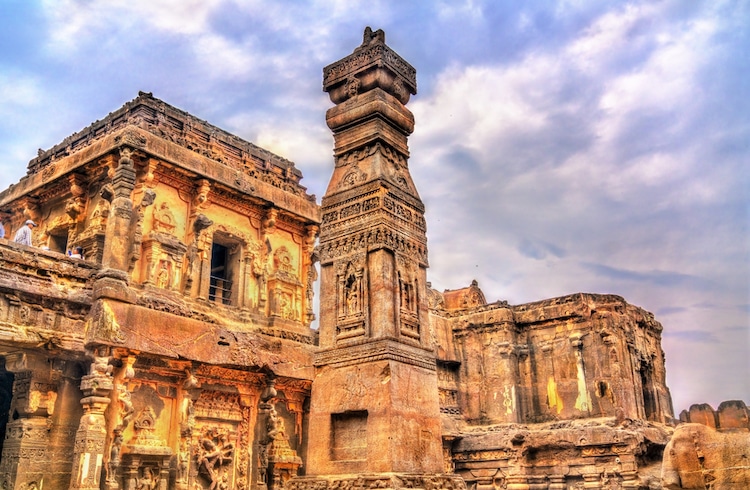 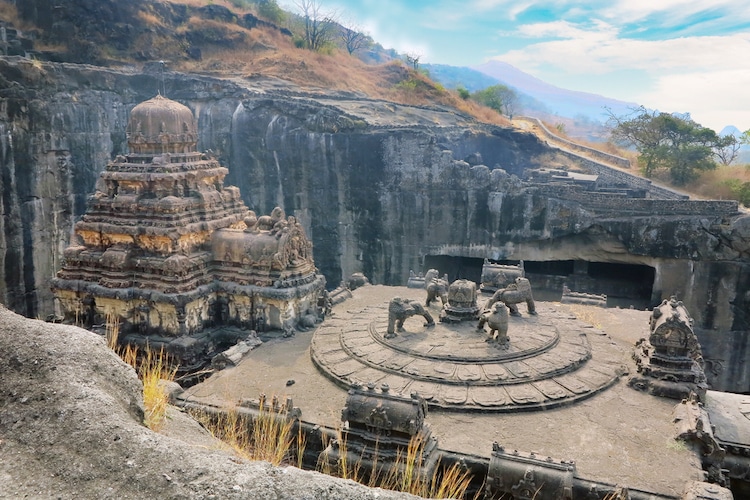 The temple is dedicated to Shiva and is covered with ornate carvings showing different deities. 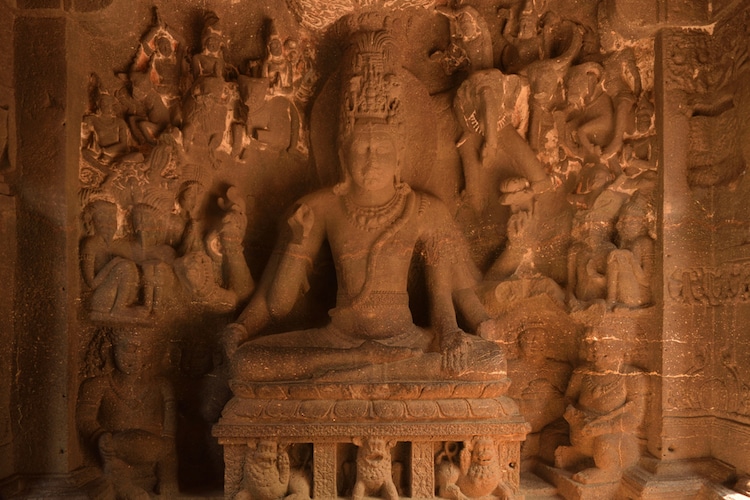 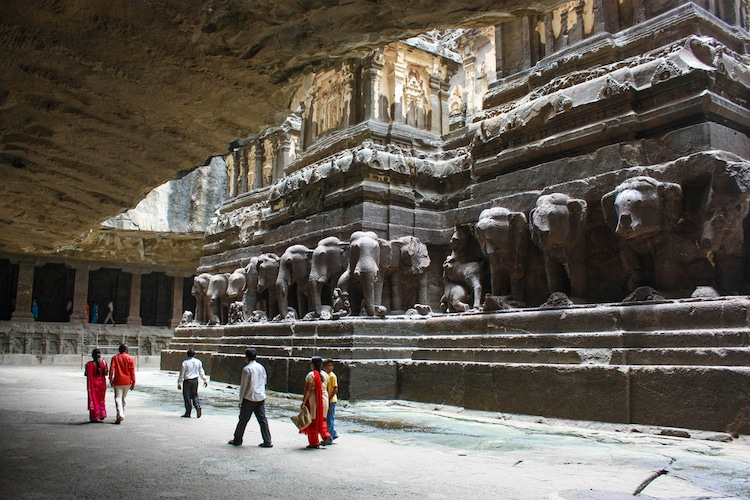 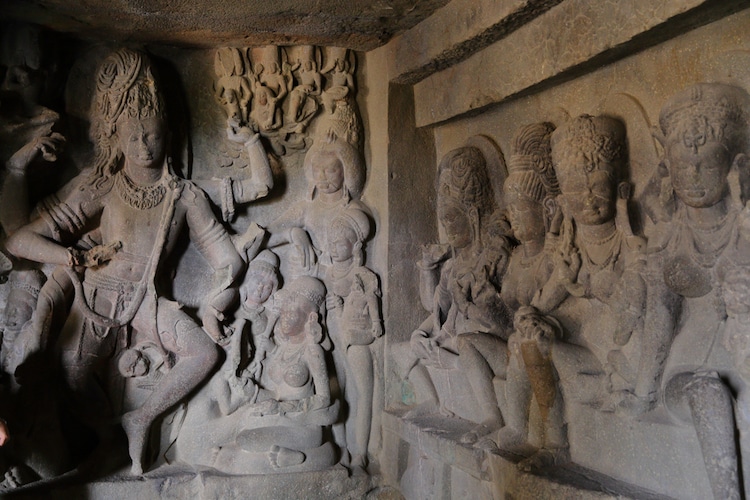 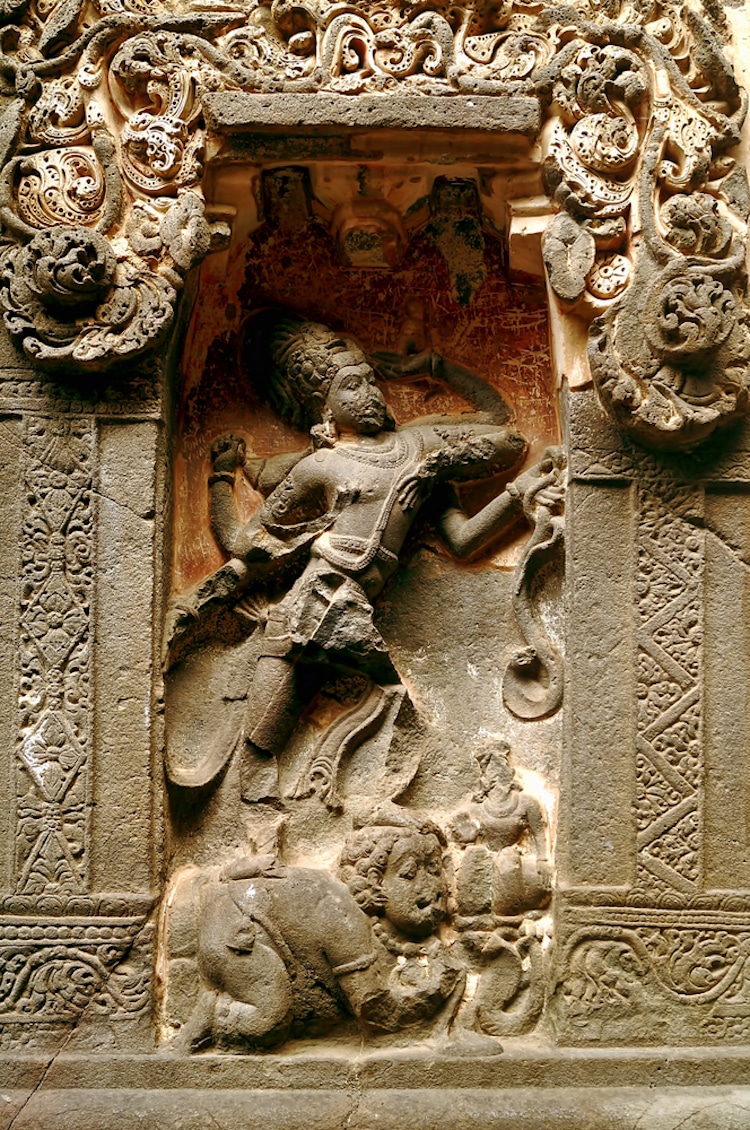