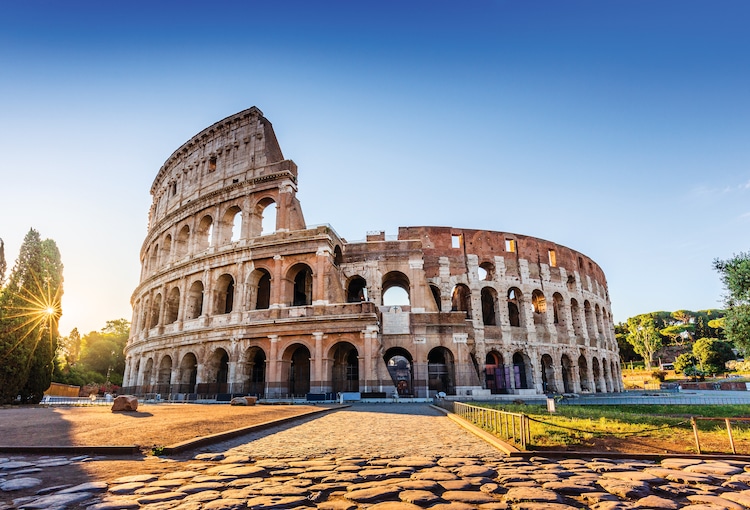 Stock Photos from emperorcosar/Shutterstock
This post may contain affiliate links. If you make a purchase, My Modern Met may earn an affiliate commission. Please read our disclosure for more info.

There's nothing that exemplifies ancient Rome quite like the Colosseum. Constructed between 70 CE and 80 CE, this iconic piece of Roman architecture is not only the largest amphitheater ever built, but a symbol of Italian culture. Home to gladiatorial games, the Colosseum has continued to capture the imagination of the public for nearly 2,000 years as one of the New 7 Wonders of the World.

In 2018, the Colosseum was the most popular tourist attraction in the world, drawing more than 7 million visitors who were attracted to its incredible history. New areas of the arena have been opened to the public in recent years, making it an even more exciting attraction for lovers of architecture, ancient history, and Italian culture.

Whether it's your first time or fifth time, a visit to the Colosseum always unveils new information about the daily lives of ancient Romans and how they spent their leisure time. The games that took place in the Colosseum were a way for the public to blow off steam in a way that's not so different from modern sports fans spending the afternoon at the stadium. With so much to see and learn, the Colosseum is a stunning achievement that has remained the symbol of the Roman Empire since the day it opened its doors.

Want to learn more about the Colosseum? Here are 6 facts about the amphitheater that may surprise you. 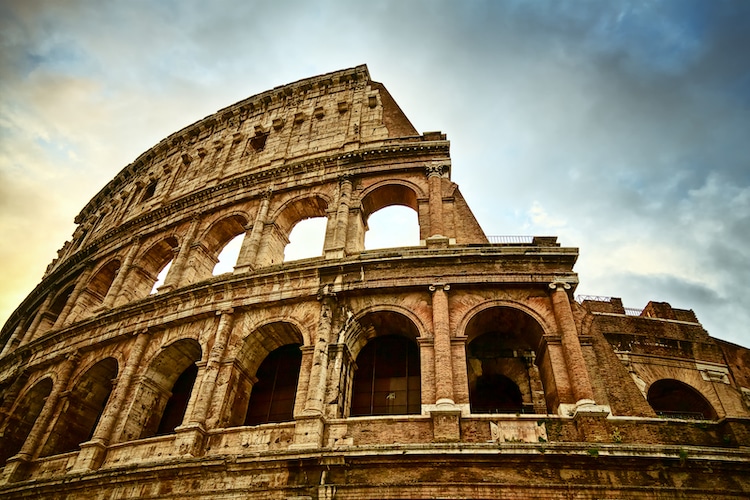 It once had a different name.

It may be the Colosseum now, but back when it was built under the reign of Emperor Vespasian, it was called the Flavian Amphitheater. Vespasian was the first ruler of the Flavian Dynasty, which also included his sons.

So where does the word Colosseum come from? It’s thought that it was taken from the giant statue of Emperor Nero—known as the Colossus—which was nearby.

It opened with a bang.

Unfortunately, Vespasian didn’t live to see the Colosseum open to the public in 80 CE. Instead, that honor fell to his son Titus, who celebrated the grand opening with 100 days of games. These included both gladiatorial battles and fights between animals.

It had a complex seating system.

Fitting of a space that could hold up to 80,000 spectators, the seating arrangements at the Colosseum were precisely organized. The Emperor had his own entrance and imperial box for himself and his entourage. A nearby balustraded section would seat other authorities, while everyone else sat on steps. Along the steps, people were arranged in order of class and citizenship. Women and non-citizens were sat together on wooden bleachers, while slaves stood on a now missing terrace above the bleachers. To keep things organized, the exterior of the Colosseum has numbers etched above the entrances so people knew where to go to find their seat. 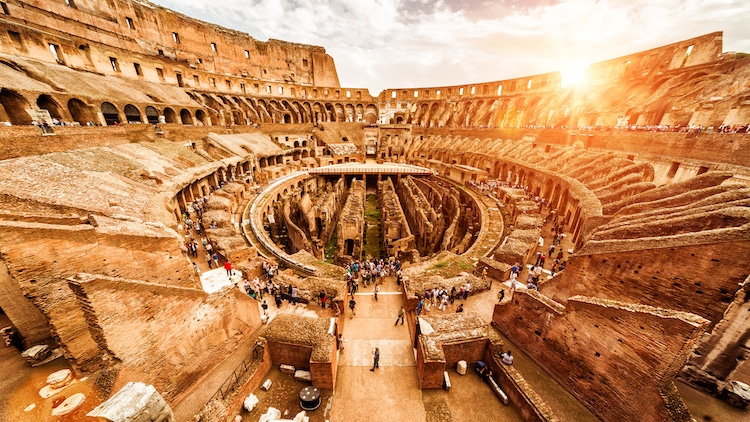 A lot went on under the floor.

Under the thick wood floor, gladiators and animals would wait their turn to take center stage. Over 30 trap doors allowed for the element of surprise, with animals and gladiators using special elevators to take them to the stage. This backstage area also included first aid stations to treat the wounded. Now open to the public, special tours give visitors a taste of this incredible underground section of the Colosseum.

There were water battles.

Though gladiatorial battles and animal fights proved to be more popular with the public, the Colosseum was also equipped for battles at sea. Underground plumbing allowed the arena to flood for these mock sea battles, though they were eventually moved to another site so that the arena could focus on bettering the underground backstage facilities.

Rome had several schools where gladiators trained. The largest—Ludus Magnus—has been partially excavated and can be seen from street level just next to the Colosseum. The training academy included a mini arena and even had an underground passage connecting it to the Colosseum. Aside from the practice arena, archaeologists have also excavated a row of fourteen cells that would have been dorm rooms for the gladiators in training. 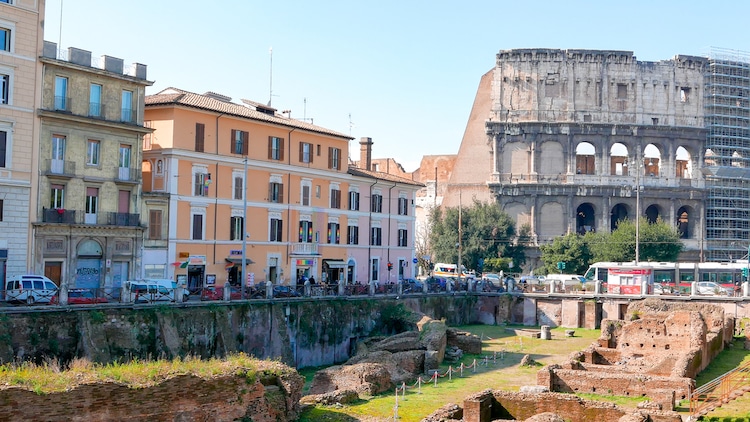