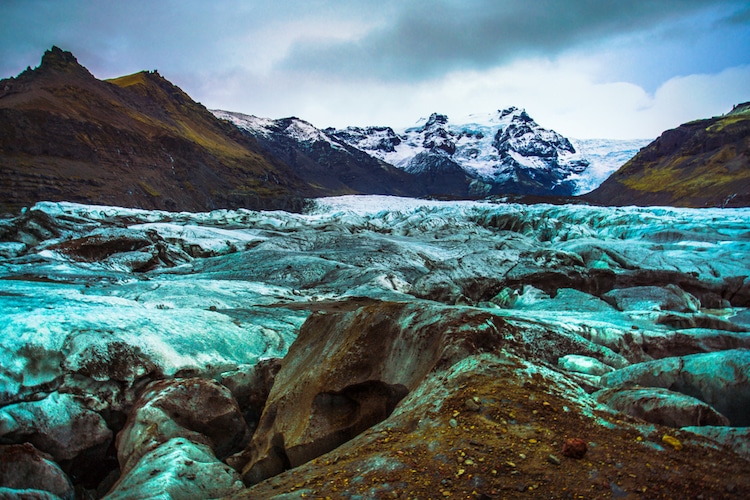 Stock Photos from b-hide the scene/Shutterstock
This post may contain affiliate links. If you make a purchase, My Modern Met may earn an affiliate commission. Please read our disclosure for more info.

UNESCO has added 29 landmarks to its World Heritage List for 2019, bringing its total to 1,121 culturally significant sites. Meeting strict criteria, these historical, natural, and scientific sites are beacons of global culture, and making the list means a great boon in tourism and exposure. While the United States is home to 8 of the new World Heritage Sites thanks to the addition of Frank Lloyd Wright's 20th-century architecture, the rest of the list is a global buffet of places to appreciate and enjoy.

Each site brings its own unique characteristics, but what they have in common is their impact on humanity. Physical monuments like Portugal's Sanctuary of Bom Jesus do Monte sit alongside places of natural significance like China's migratory bird paths. By highlighting these physical and geographic gems, UNESCO is helping document the intellectual history of the world.

The new entries in 2019 are varied, but they touch all corners of the planet. Italy and China continue to lead the pack in the overall number of World Heritage Sites, with Italy added the lush Prosecco hills of Conegliano a Valdobbiadene to their total and China receiving two placements on the list. In addition to the country's migratory bird paths, Liangzhu City's archaeological ruins also earned a nod by the committee.

From Burkina Faso to Iceland, the countries gaining World Heritage Sites this year are varied, yet rich, in their culture. Along with announcing the 29 new World Heritage sites, UNESCO also removed two sites from their List of World Heritage in Danger. Both Bethlehem, the birthplace of Jesus, and Chile's Humberstone and Santa Laura Saltpeter Works were taken off the list due to extensive restoration and conservation efforts.

Read on to see learn more about some of the incredible landmarks that were named UNESCO World Heritage Sites and discover the full listing below.

There are 29 new culturally significant sites that have been added to the list of UNESCO World Heritage Sites. Take a look at some of these wondrous landmarks. 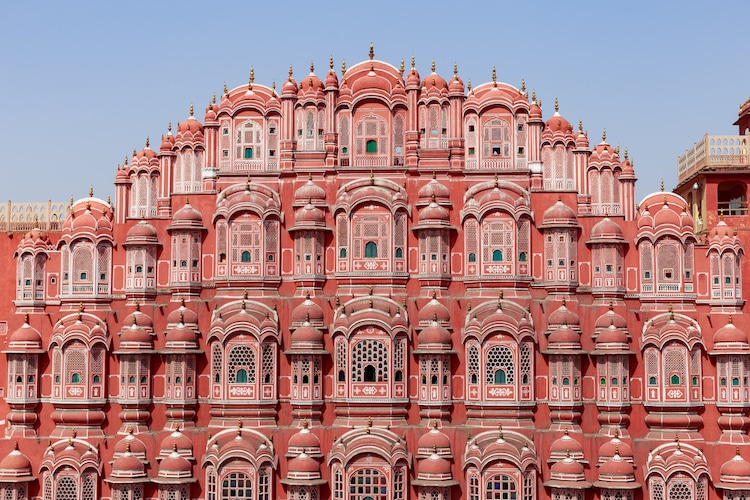 Also known as the Pink City, Jaipur is an incredible achievement in urban planning and architecture. Founded in 1727, it is now the capital of and largest city in northwestern India's Rajasthan state. Its regular streets are divided into a grid system that shows an “exchange of ideas from ancient Hindu and modern Mughal as well as Western cultures.” The Hawa Mahal, Birla Mandir, City Palace, and Jal Mahal are just some of the stunning pieces of architecture that have made Jaipur one of India's biggest tourist destinations. 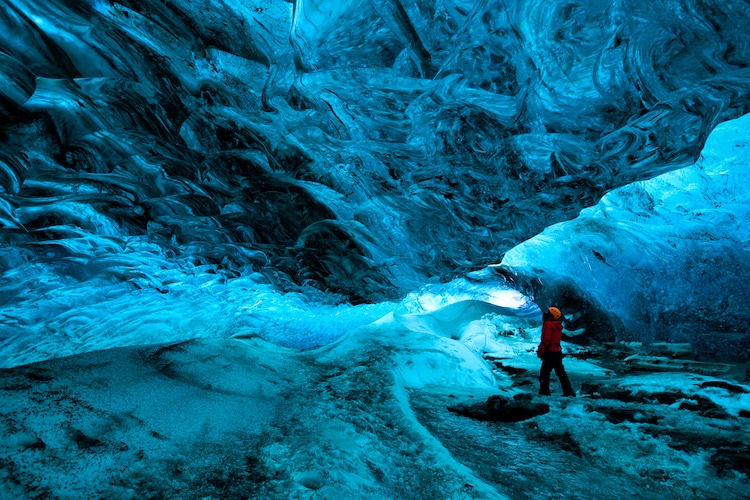 Covering over 14% of the country's territory, the Vatnajökull National Park‘s volcanic environment is the dramatic landscape one associates with Iceland.  From ice caves to glacial valleys, the scenery attracts visitors from around the world who are looking to experience the natural wonders of Iceland.

Sanctuary of Bom Jesus do Monte in Portugal 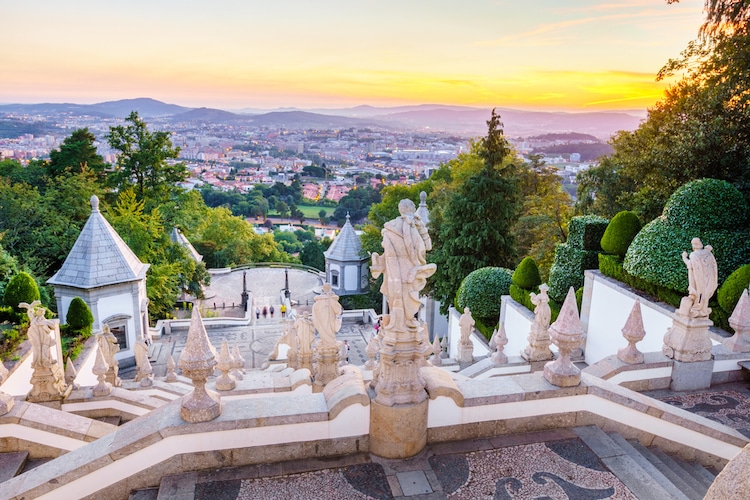 This sanctuary in northern Portugal was created over a period of 600 years. It's meant to evoke a sacred mountain topped by a church. Built mainly in a Baroque style, the complex features a stairway that climbs 381 feet. Bom Jesus do Monte continues to be an important pilgrimage site and is filled with fountains, gardens, and allegorical sculptures.

Plain of Jars in Laos 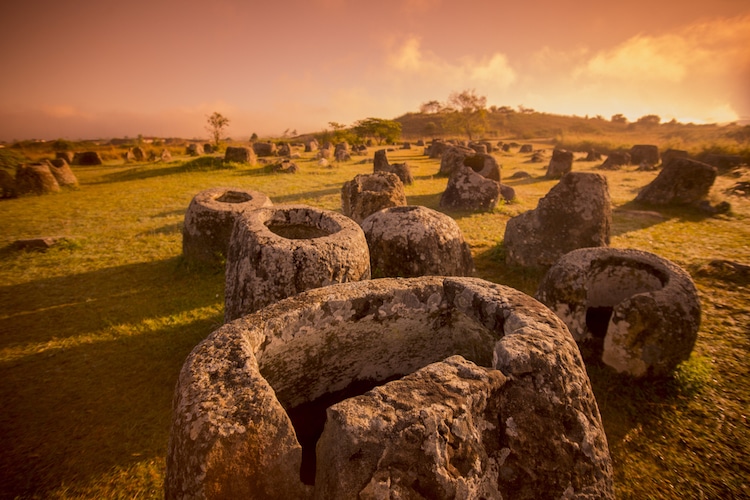 This plateau in central Laos received its name from the more than 2,000 megalithic stone jars that dot the area. Used for funerary practices during the Iron Age, the landmark highlights the stunning achievements of early man. The stone jars and disks, as well as related funerary objects date between 500 BCE and 500 CE. Collectively, they form the strongest pieces of evidence about life during the Iron Age. 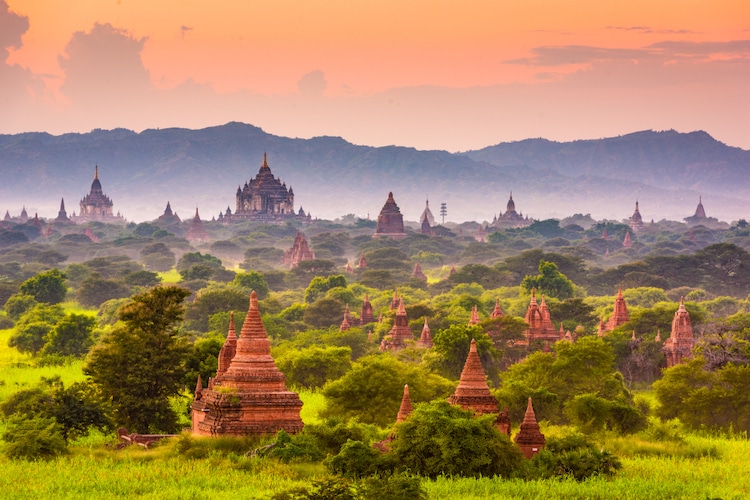 The sacred landscape of Bagan is located in Myanmar's central plains and features exceptional examples of Buddhist art and architecture. As the capital of the Pagan kingdom from the 9th to 13th centuries CE, Bagan was filled with over 10,000 Buddhist temples, pagodas, and monasteries. Today, over 2,200 temples and pagodas remain, making Bagan the epicenter for architecture that reflects the country's religious devotion.

Historic Centre of Sheki with the Khan’s Palace in Azerbaijan 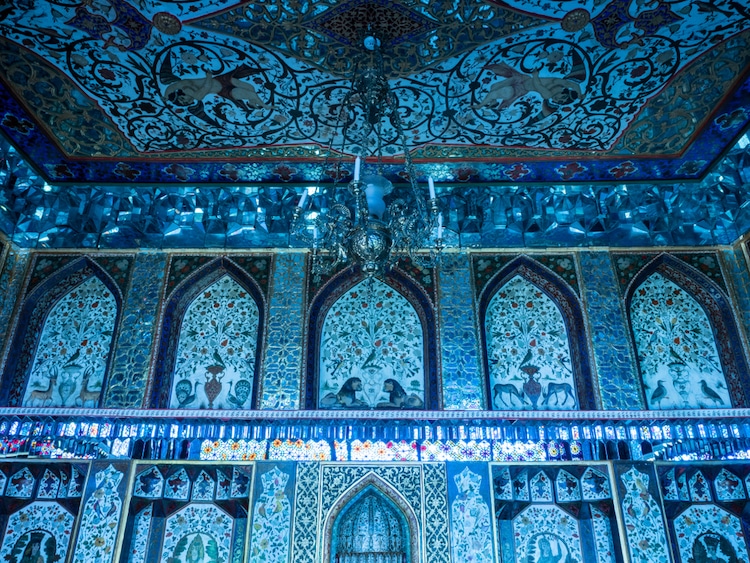 Located at the foot of the Greater Caucasus Mountain, historic Sheki is characterized by traditional architecture that includes houses with high gabled roofs. Rebuilt in the 18th century after the town was destroyed by floods, its location along an important trade route is reflected in the architecture's mixture of styles. The luxurious Khan Palace and several large merchant houses show how powerful the silk trade was from the late 18th to 19th centuries BCE. 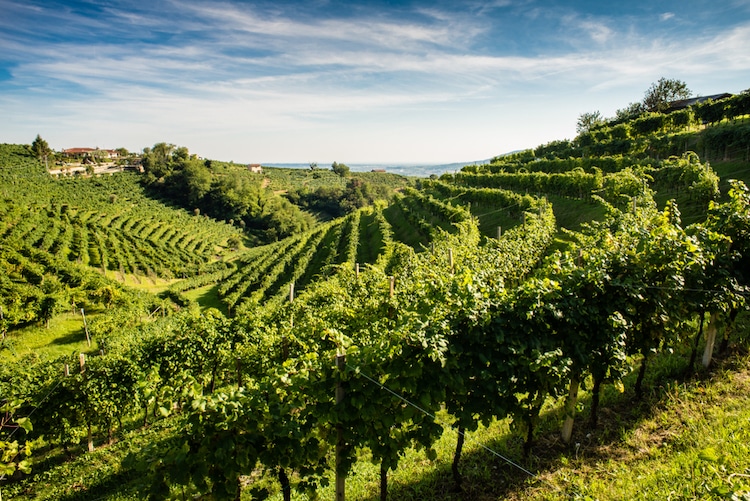 This incredible landscape in northeastern Italy is characterized by the different techniques that farmers have used in the production of Prosecco wine. Methods for growing vines have completely transformed the environment into the lush green hills now on display. Manipulated into checkerboard patterns or cultivated on grassy terraces, the hills are interspersed with small villages and farmland that form a remarkable landscape. 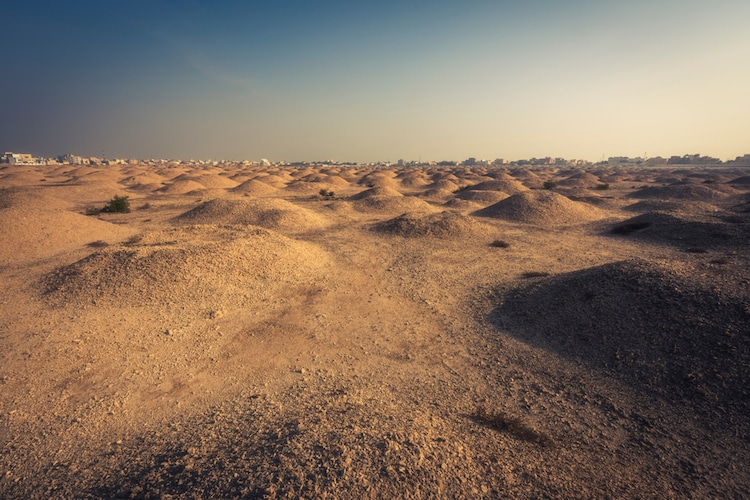 Bahrain's burial mounds are spread across 21 different archeological sites and number well over 11,000. This includes 17 two-story royal mounds. Constructed between 2050 and 1750 BCE, the Dilmun Burial Mounds are a testament of the early people of Bahrain that flocked to the island as it became a trade hub. According to UNESCO: “These tombs illustrate globally unique characteristics, not only in terms of their number, density, and scale but also in terms of details such as burial chambers equipped with alcoves.”

The 2019 UNESCO World Heritage Sites honor landmarks of cultural significance around the world. Here is the full list of the 29 new landmarks: