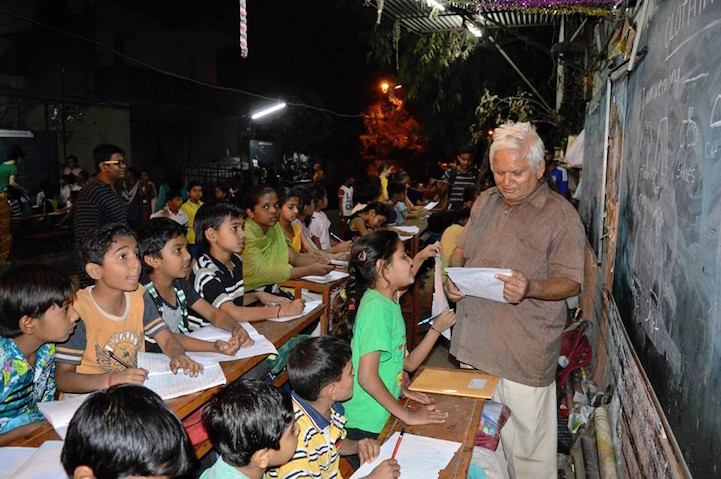 Indian factory owner Kamal Parmar has worked to grow an incredible initiative inspired by kids he once saw walking past his factory. “It was about fifteen years ago when I was standing outside my factory and saw around 20 students of Municipality School going back home after giving their exams. They were very happy as their exams were over,” Parmar recalls on Humans Of Amdavad. “Somehow, I got an urge to ask them about what they study at school, and after interacting with those students I was shocked to know that none of them knew how to read and write. And the most surprising part was that they all were in 8th grade.”

After speaking to these kids, Parmar decided to conduct a survey with about 400 slum-based students and the results shocked him. Out of all the students he interviewed, only 5 could read and write. At that moment, Parmar knew that he wanted to do something about this and, before long, he succeeded at creating his own street school with a friend. “From basic alphabet teaching to higher education, we teach everything,” the inspiring man explains. “Here they are prepared for their municipality school exams, and on the other hand I also conduct exams once in a year. I teach them for two hours everyday, and then we all have dinner together.” Most students are attracted to Parmar's school because of these dinners, which are comprised of both “hygenic and fancy dishes.” Plus, the educator takes his students on a picnic every year.

Since starting his school on the streets of Ahmedabad, Parmar has gone from only 10 students to 115 students. He's also seen past students become successful after regularly attending his classes. “One of my girl students recently became Manager at a Bank, then one of the [other] students became a Computer Engineer, [another] became a Mechanical Engineer, and one of the girls is applying for [a medical career], and the list continues.” Parmar goes on to state that he never needs to recruit outside teachers because his past students like to come back and teach current students. Volunteers from other countries also pitch in. “Imagine, those who couldn't read and write are now engineers and doctors and a manager at Bank. For me this is success,” says Parmar.

The inspirational teacher has one specific message he'd like to share with the world: “I just have one request to the people at large … try to educate just one child a year and see the difference it makes to the society.” 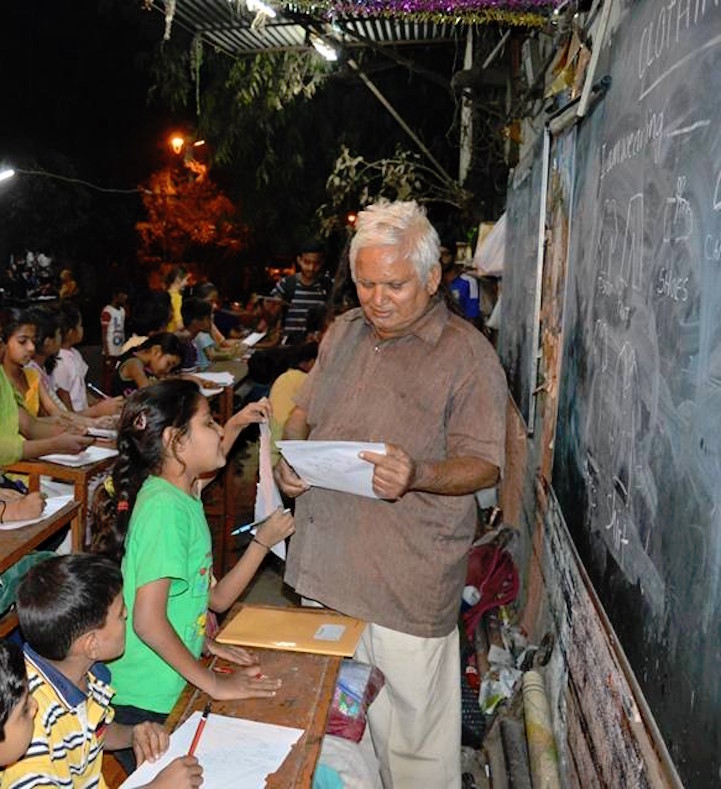