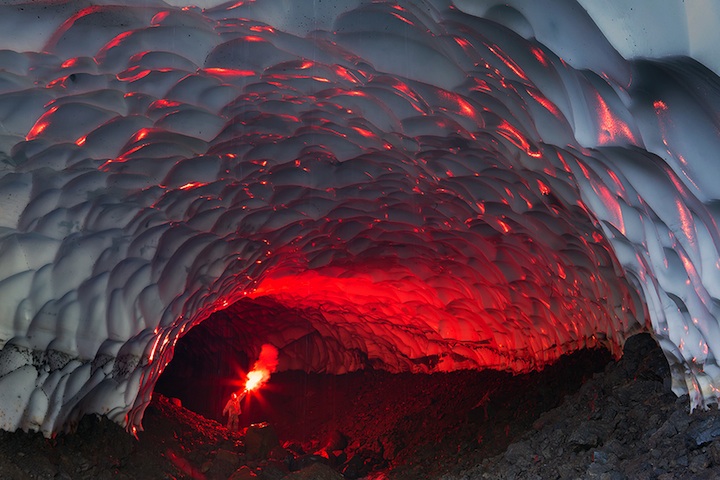 In the far east of Russia, on a peninsula called Kamchatka, are stunningly surreal-looking ice caves that are formed under incredibly interesting conditions. Fire and ice are involved, or volcanoes and glaciers. As EPOD states about one, “It was formed by a stream flowing from the hot springs associated with the Mutnovsky volcano. This stream flows beneath glacial ice on the flanks of Mutnovsky. Because glaciers on Kamchatka volcanoes have been melting in recent years, the roof of this cave is now so thin that sunlight penetrates through it, eerily illuminating the icy structures within.”

Kamachatka lies at similar latitudes to Great Britain. It experiences extremely cold winters and is covered in snow from October to late May. The peninsula is also known for a chain of active volcanoes that make up the peninsula's spine.

Interestingly, until the dissolution of the Soviet Union in 1991, the Kamchatka Peninsula was strictly off-limits to foreigners and most Russians. There was a military base on the southern end of the peninsula, which housed submarines that carried nuclear ballistic missiles. Since that time, it has increasingly becoming a popular spot for adrenaline junkies, especially those looking to experience extreme winter sports in a near pristine environment. Photographers have also been discovering all that the Kamchatka Pensinsula has to offer, as you can see here.

As photographer Denis Budko states, “These snow caves, are usually hidden from foreign eyes under big thicknesses of snow…” 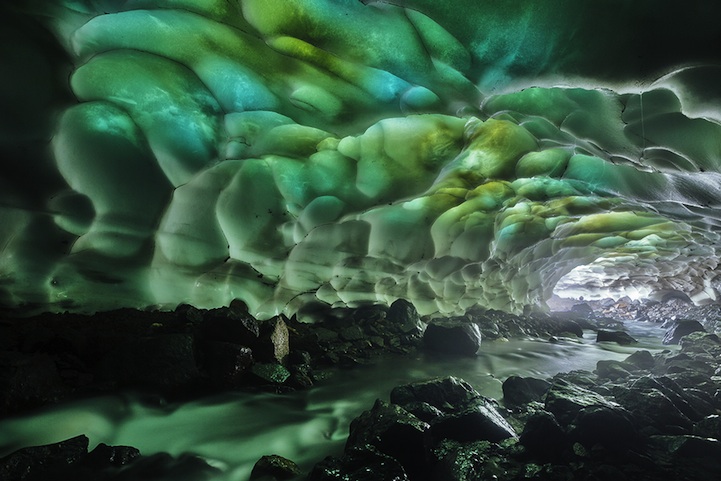 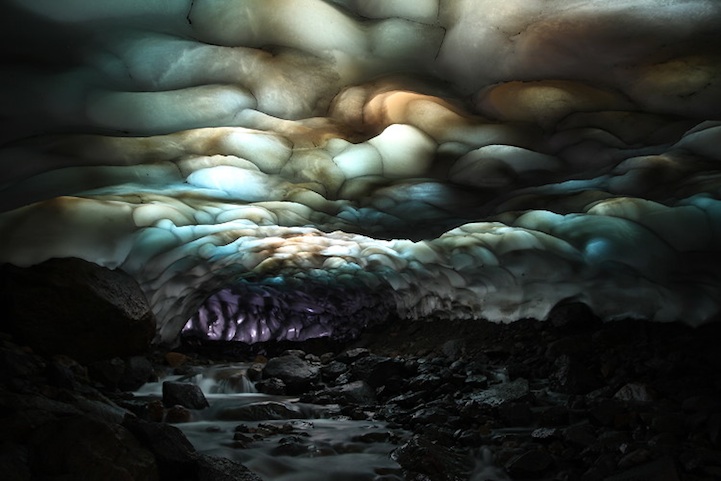 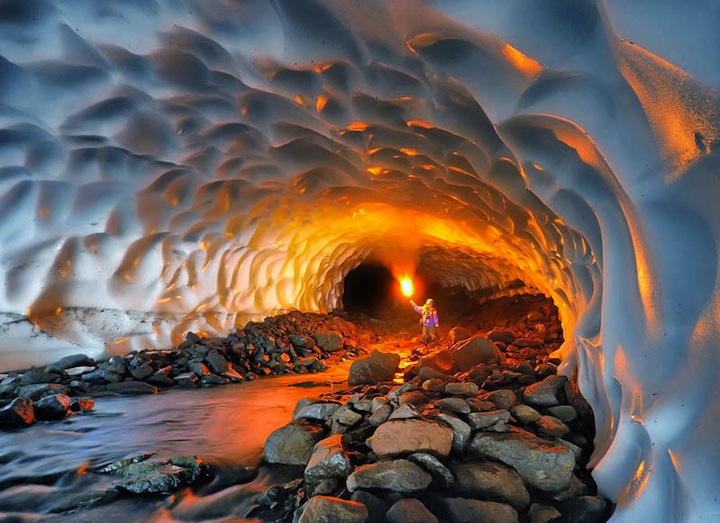