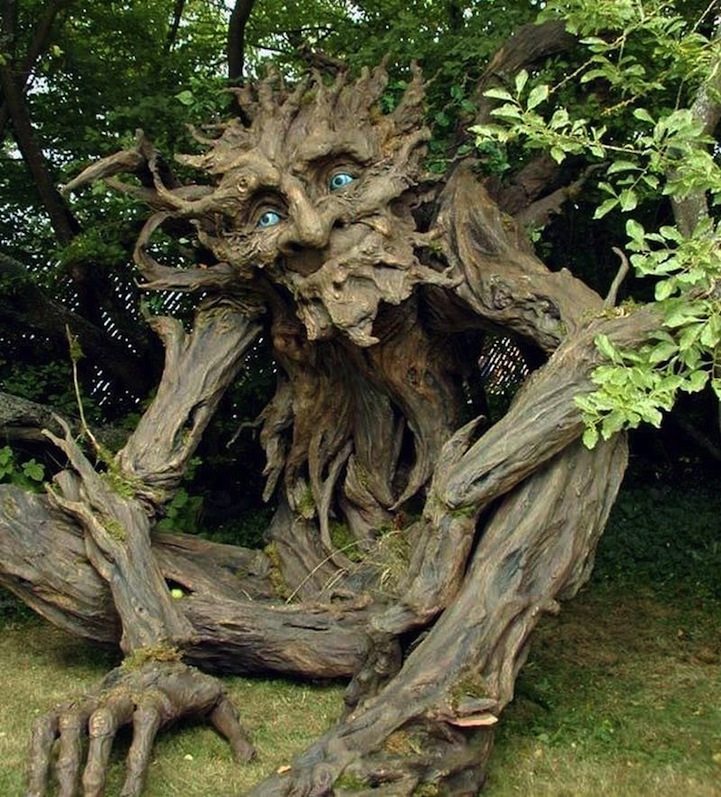 With the help of 25 volunteers, artist Kim Beaton constructed an enormous structure commonly referred to as Tree Troll. The figurative paper mache sculpture is composed entirely of non-toxic materials (paper, glue, acrylic paint, wood, screws, metal plates) and stands 12 feet tall like a colossal guardian of nature. The gentle giant is designed with a kind face in the image of the sculptor's late father Hezzie Strombo, a former lumberjack in Montana.

In an interview with Artisan Denizen, Beaton expands on her personal and collaborative project: “[My father] had died a few months prior at 80 years old. On June 2nd, at 3am, I woke from a dream with a clear vision burning in my mind. The image of my dad, old, withered and ancient, transformed into one of the great trees, sitting quietly in a forest. I leaped from my bed, grabbed some clay and sculpted like my mind was on fire. In 40 minutes I had a rough sculpture that said what it needed to. The next morning I began making phone calls, telling my friends that in 6 days time we would begin on a new large piece. The next 6 days, I got materials and made more calls. On June 8th we began, and 15 days later we were done. I have never in my life been so driven to finish a piece.”

The piece now resides permanently at the Bellagio Casino where it is displayed annually for about 2.5 months out of the year (around Thanksgiving and the holidays). 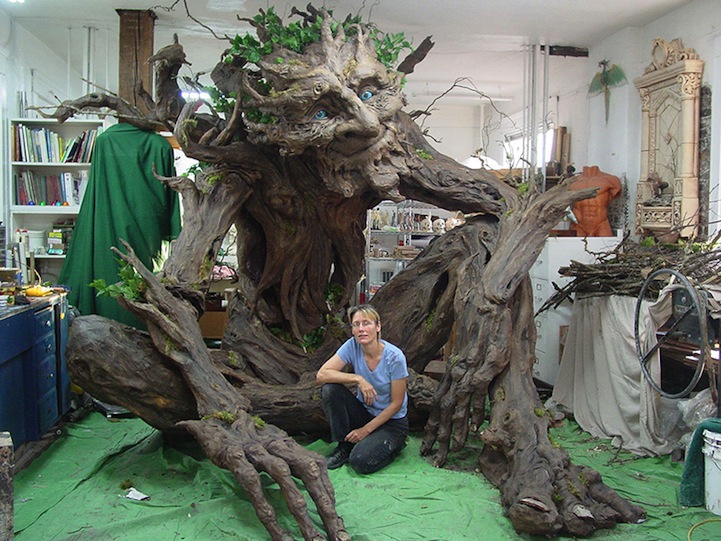 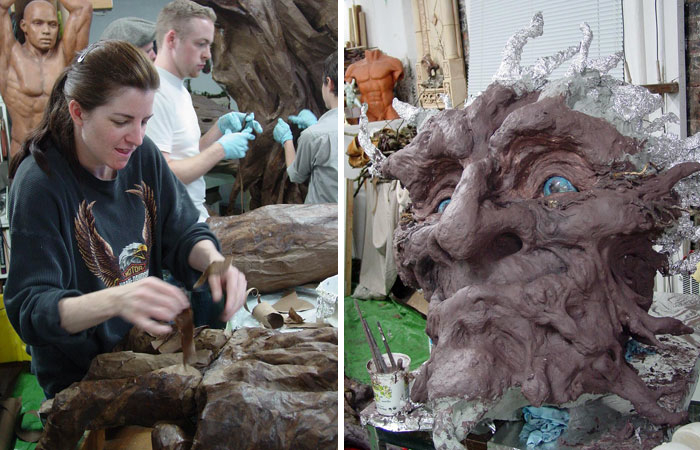 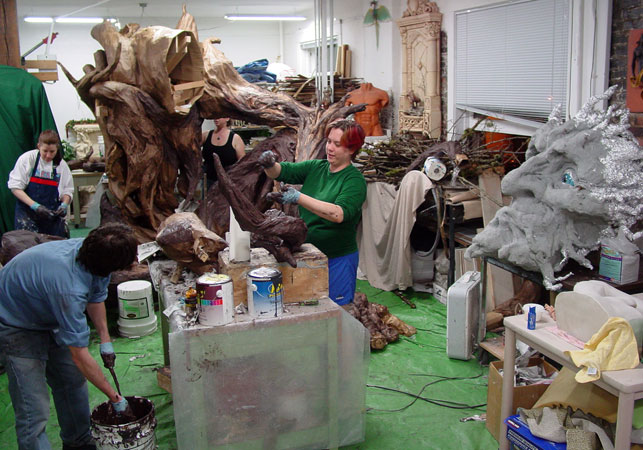 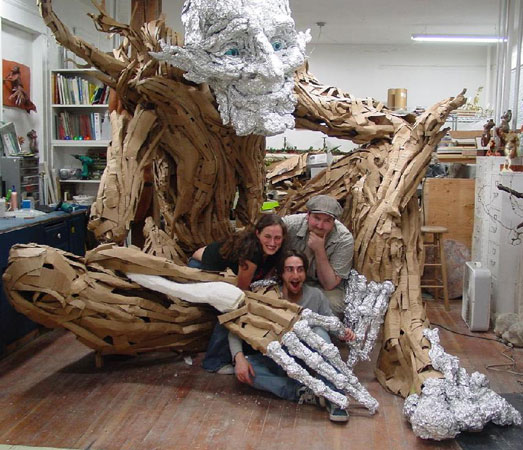