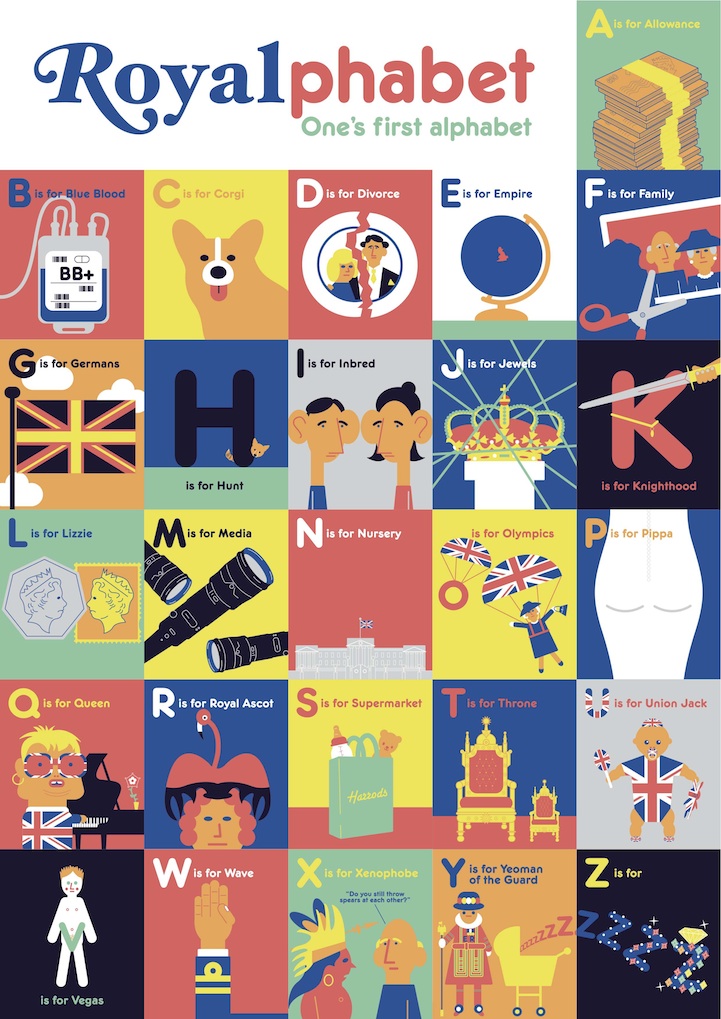 It's safe to say that there's no baby the world is more excited to see than the the one the Duke and Duchess of Cambridge will be having any day now. (Can you believe it's already been over two years since Kate Middleton married Prince William?) Though there's no word on if the baby will be a boy or a call, the child will be third in line to the throne behind grandfather Prince Charles and father Prince William. An official title has already been chosen. It will be: His/Her Royal Highness Prince/Princess [first name] of Cambridge.

To celebrate the impending birth, KesselsKramer London has teamed up with illustrator leeleelee.como to create a hilarious royal-themed alphabet poster. The ‘Royalphabet' features 26 specially created illustrations, “giving a tongue in cheek take on royalty, the monarchy and the escapades of his or her relatives.” 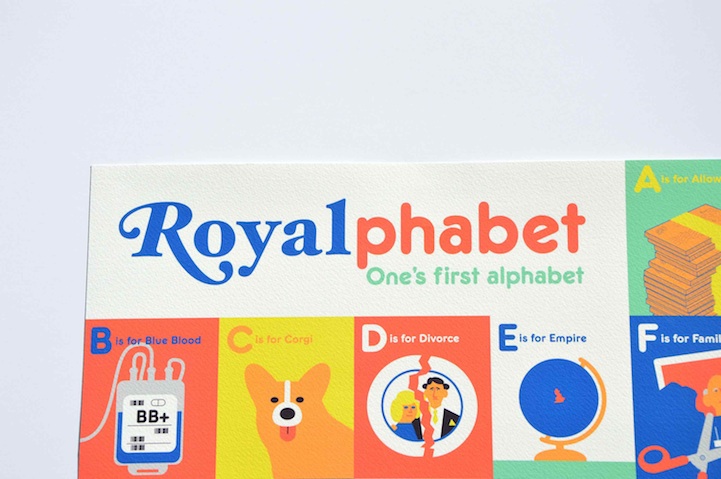 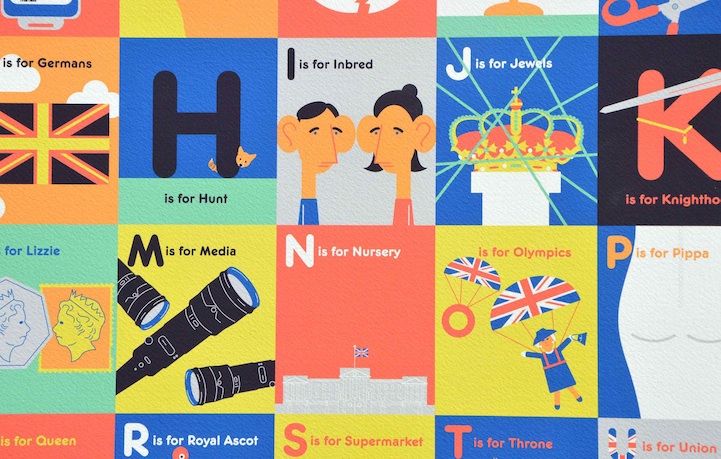 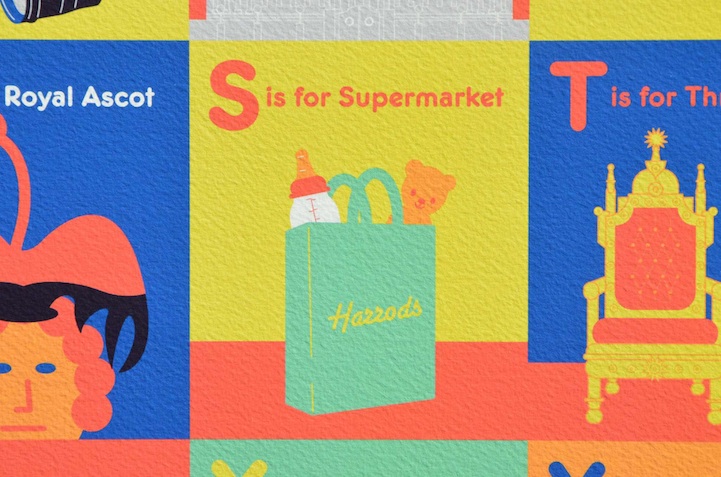 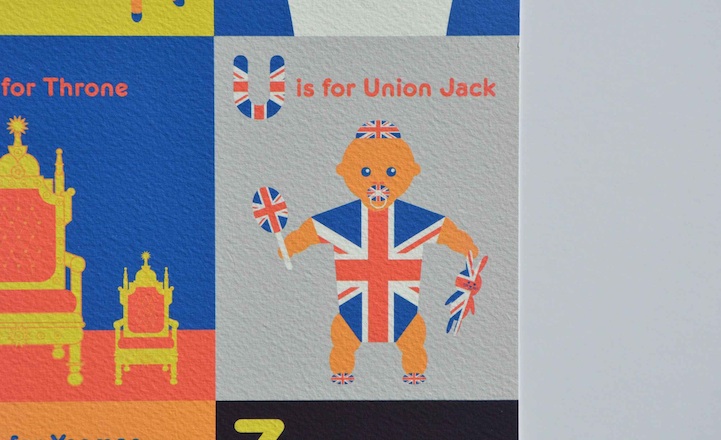 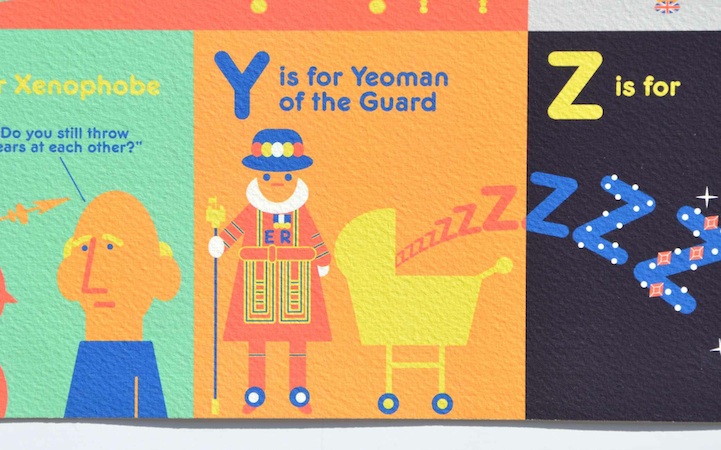