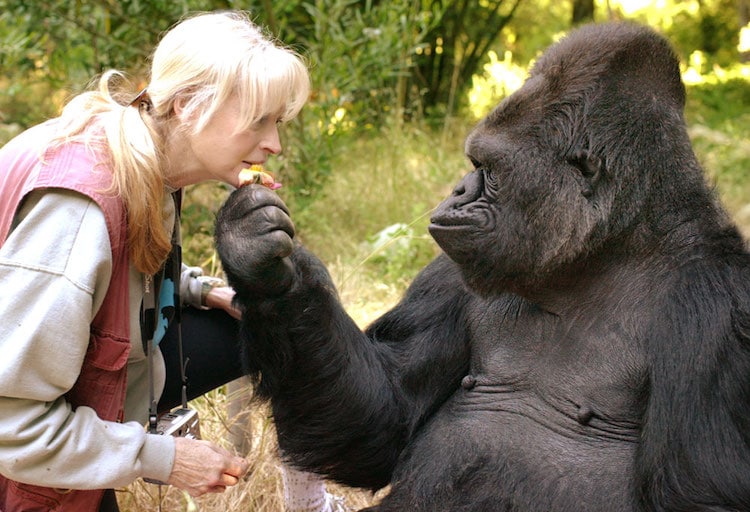 Koko, the kitty-loving gorilla who learned sign language, has died at age 46. The Gorilla Foundation announced via social media that Koko passed in her sleep, leaving a stunning legacy behind.  She lived most of her life in the Santa Cruz mountains on The Gorilla Foundation’s preserve after having been born in the San Francisco Zoo in 1971.

“Koko touched the lives of millions as an ambassador for all gorillas and an icon for interspecies communication and empathy,” writes The Gorilla Foundation in a statement. “She was beloved and will be deeply missed.” Koko’s full name, Hanabi-ko means “fireworks child” in Japanese and was a reference to her Fourth of July birthdate. She became known to millions for her ability to learn more than 2,000 different signs taught by her caregiver and instructor Dr. Francine “Penny” Patterson.

Patterson began teaching Koko a modified version of American Sign Language in 1972, demonstrating the stunning intelligence of the western lowland gorilla. Her incredible interaction with humans—and other animals—sparked several documentaries and books about her life. “Koko’s capacity for language and empathy has opened the minds and hearts of millions. Her impact has been profound and what she has taught us about the emotional capacity of gorillas and their cognitive abilities will continue to shape the world.”

In the early 1980s, Koko signaled that she’d like a pet cat, subsequently caring for her selected kitten as if it were her child. When her first cat All Ball, escaped and was hit by a car, her emotional reaction signaled just how deep her feelings ran. 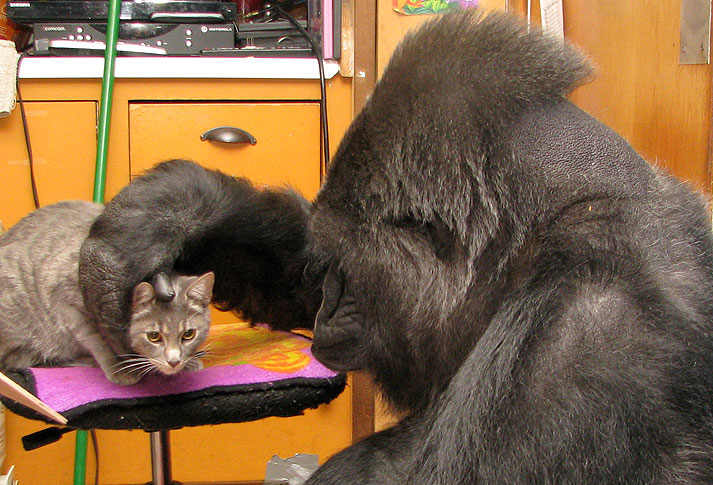 “When we told Koko, she acted like she didn’t hear us for about 10 minutes,” Ron Cohn, a biologist who worked with Koko, said at the time. “Then she started whimpering—a distinct hooting sound that gorillas make when they are sad. We all started crying together.” Throughout the years, she nurtured several kittens and the topic was transformed into the children’s book Koko’s Kittens.

Koko also counted a number of celebrities as friends, including Mister Rogers and Robin Williams. Williams and Koko forged a special relationship after meeting in 2001. Williams called their encounter “awesome and unforgettable.” When informed of his death in 2014, Patterson recalled that Koko became very somber, with her lips quivering.

For the world at large, Koko symbolized the incredible humanity of animals, their intelligence, and capacity of love. She leaves behind a rich legacy of understanding and The Gorilla Foundation has vowed to honor her legacy by continuing their work with wildlife.

Learn more about Koko and how she was able to learn sign language with the help of her friend and caretaker Dr. Francine Patterson.

Koko, who was loved by millions, also counted Mister Rogers and Robin Williams as friends.

Throughout her life, Koko was fond of kittens and adopted many into her life, treating them as her own children.