Architect Transforms Abandoned Cement Factory into His Own Extraordinary Home 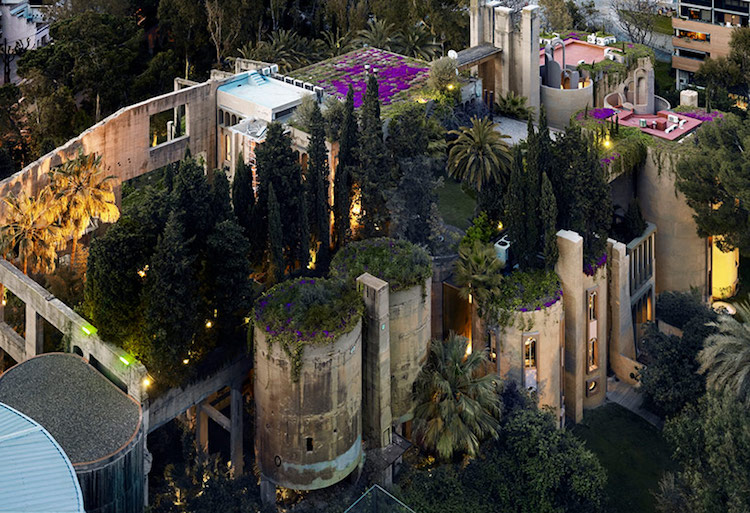 In 1973, architect Ricardo Bofill stumbled upon an abandoned cement factory outside of Barcelona. This discovery would change his life, as the factory, known as La Fabrica, became the center of his professional and domestic life. Over the years, the space has undergone a continual transformation that both respects its legacy and quietly transforms it.

With 30 silos, a smoke stack, cavernous machine rooms, and 2.5 miles of underground tunnels, it's no wonder La Fabrica is a project that will remain transformed, but unfinished. To turn the mammoth 32,000-square-foot space into living quarters and an architecture studio, Bofill first spent a year and a half deconstructing the space.

The factory was originally built during Catalonia's post-WWII industrial revolution. With each passing year, renovations took place to accommodate new industry processes. The result was a hodge-podge of architectural styles that needed to be stripped back.

By peeling back the layers of the building, Bofill was able to build up again. Transforming areas into spacious living rooms and libraries, lush gardens and cozy bedrooms, the architect brought function back to the building.

“Presently I live and work here better than anywhere else,” Bofill shares. “It is for me the only place where I can concentrate and associate ideas in the most abstract manner.”

The compound is divided into four areas—architectural studio, exhibition hall, gardens, and living area. Bofill sees La Fabrica as a sculpture slowly coming into formation. “The factory is a magic place which strange atmosphere is difficult to be perceived by a profane eye. I like the life to be perfectly programmed here, ritualized, in total contrast with my turbulent nomad life.” 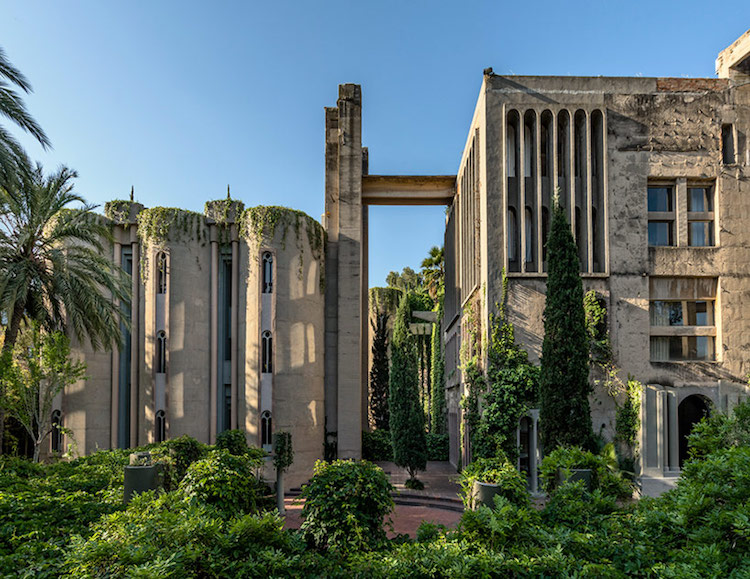 As La Fabrica slowly becomes engulfed by nature, its silos covered with creeping vines, the line between industry and environment becomes blurred. Spaces once used to produce mass quantities of products are now adjusted to domestic use. The vast rooms optimal for open site lines and bathed in light. The ultimate challenge in creative reuse, La Fabrica is a masterpiece of converted industrial design.

La Fabrica, a converted cement factory, is an incredible architectural achievement that is in continual transformation. 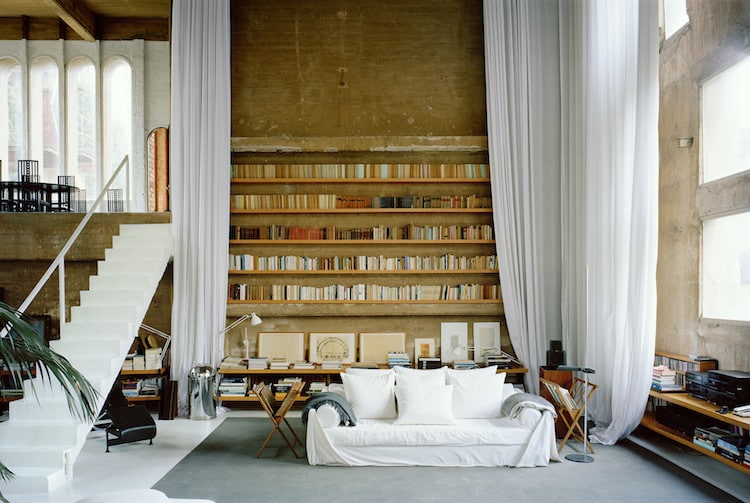 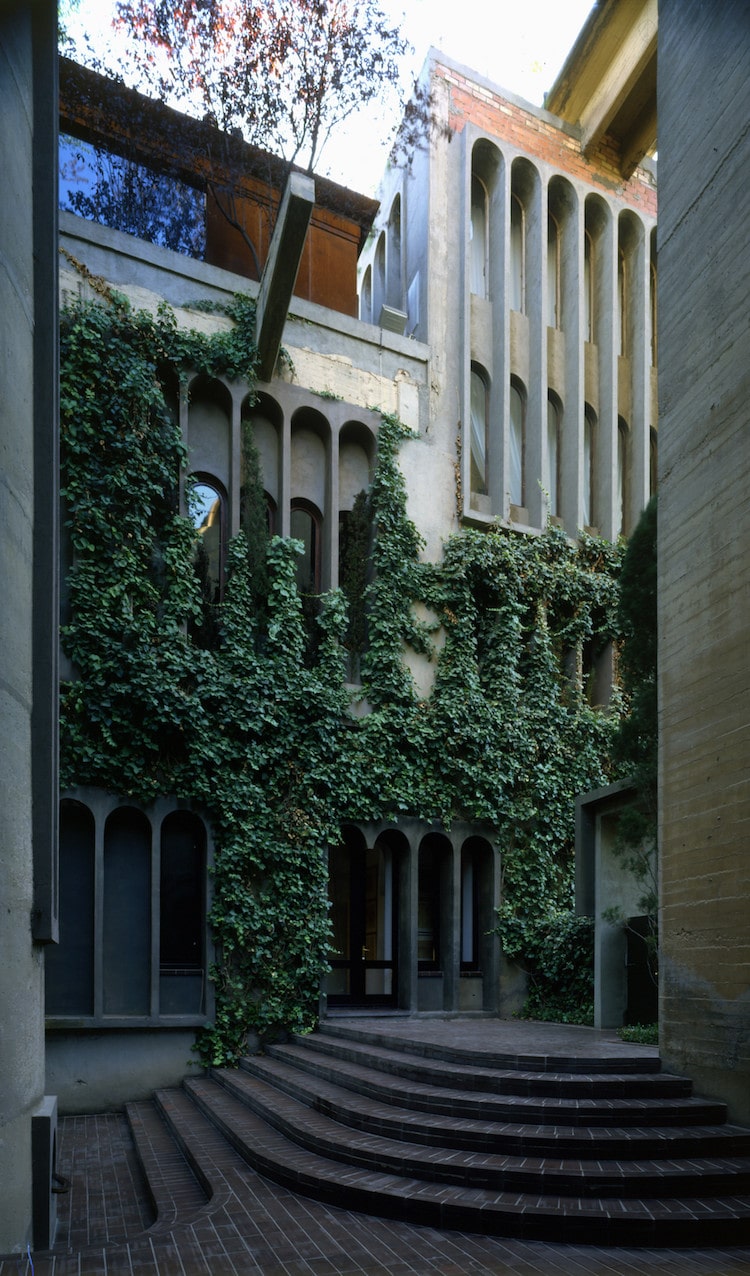 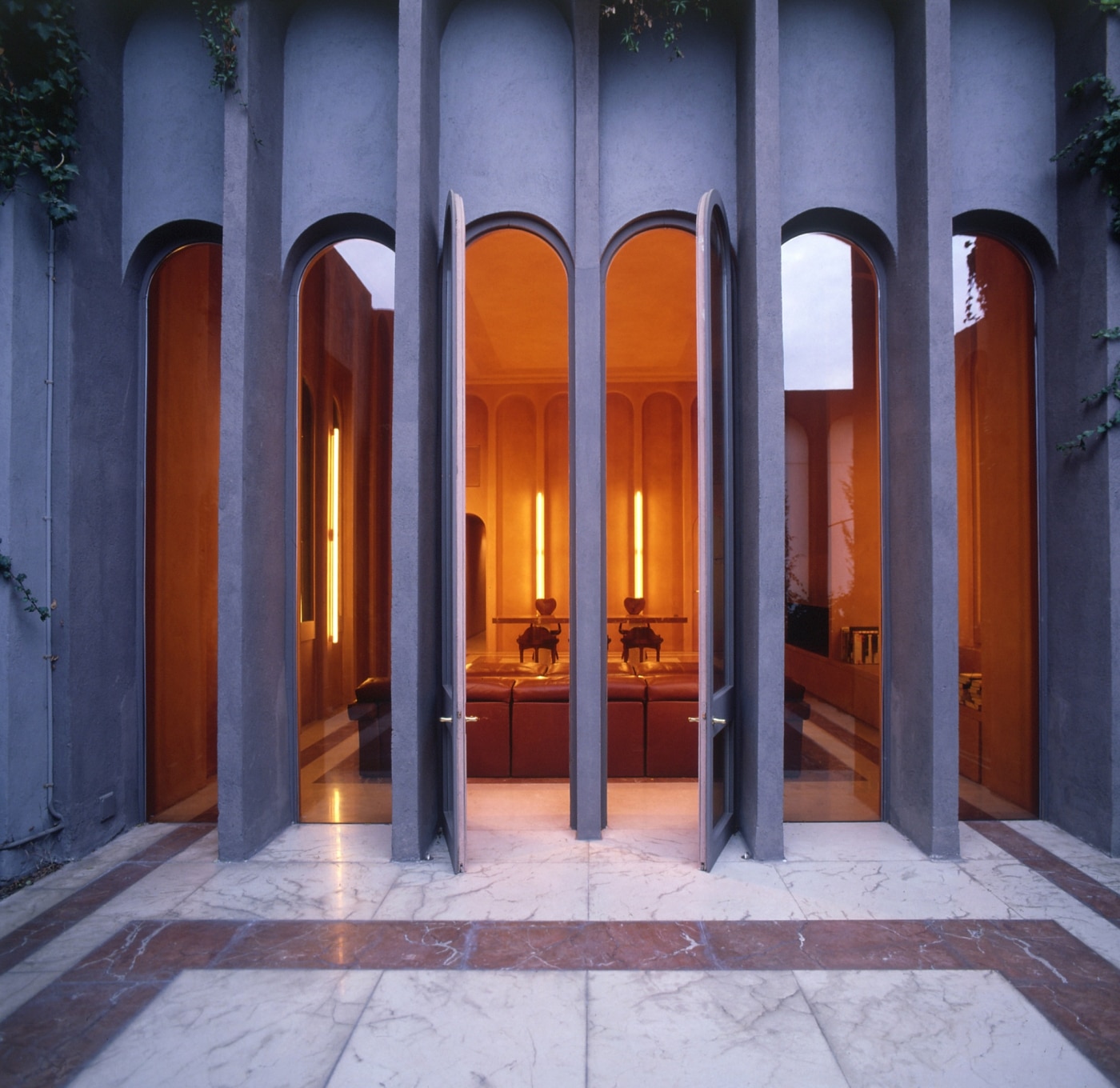 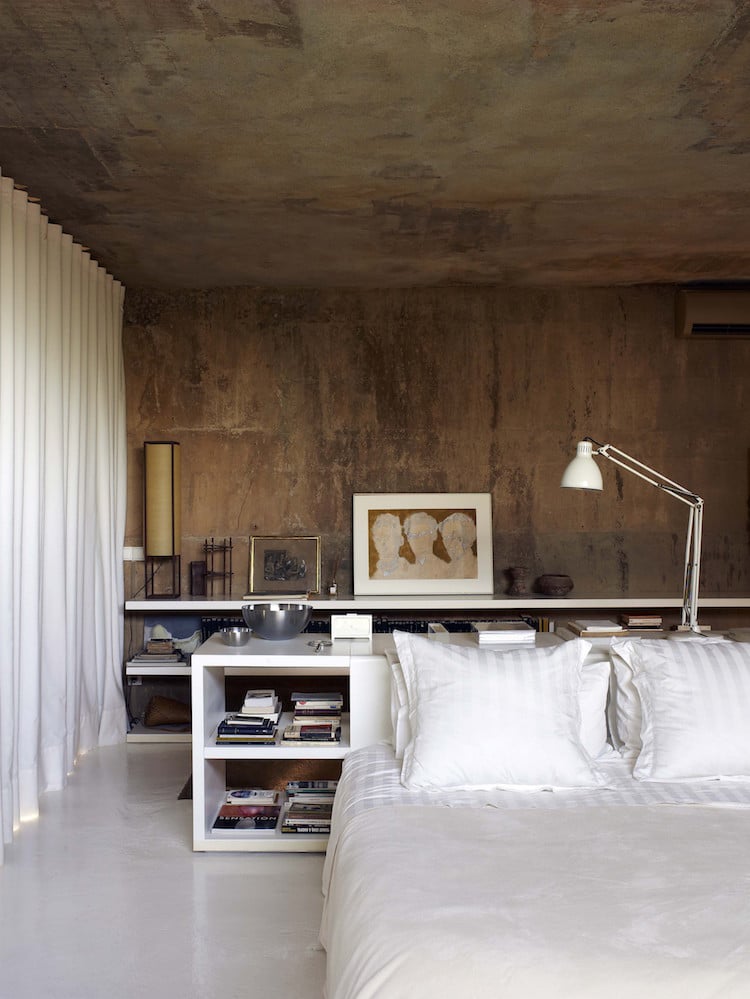 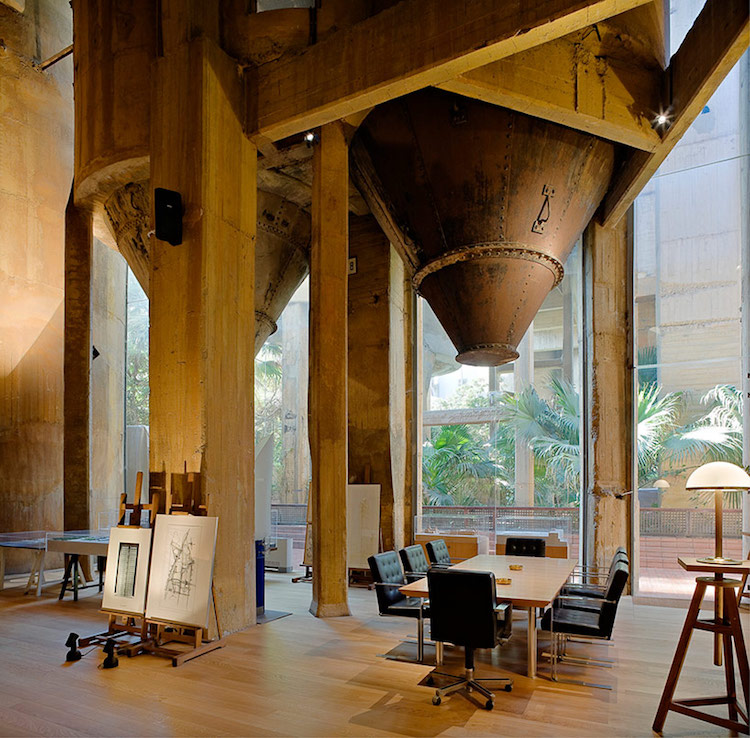 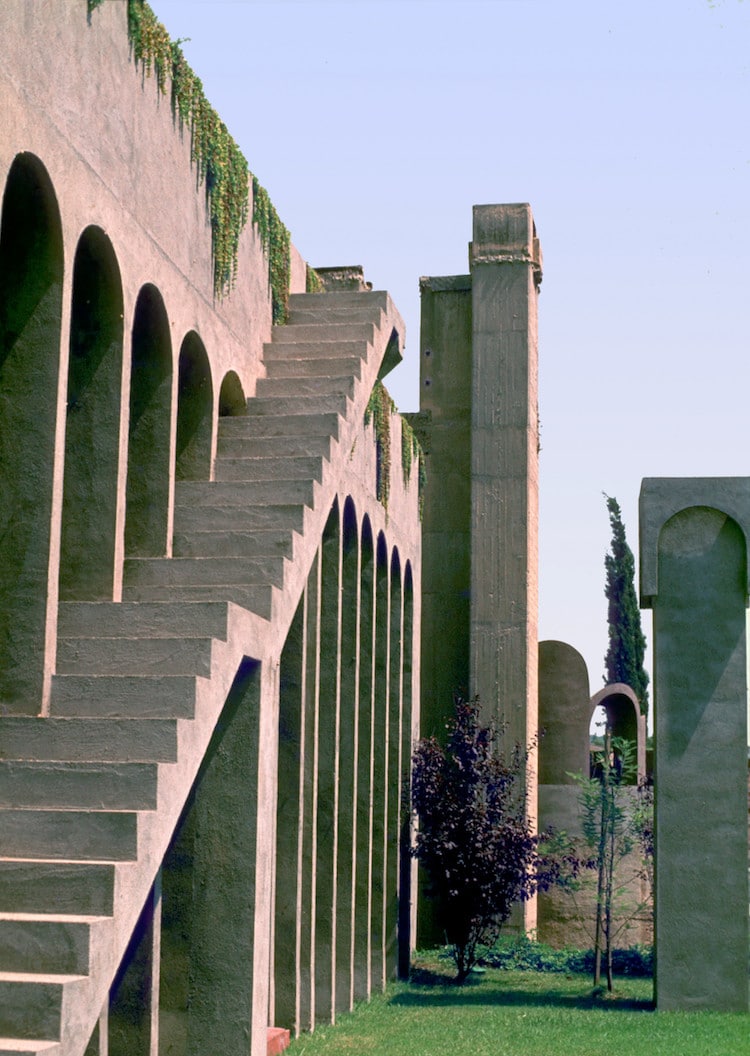 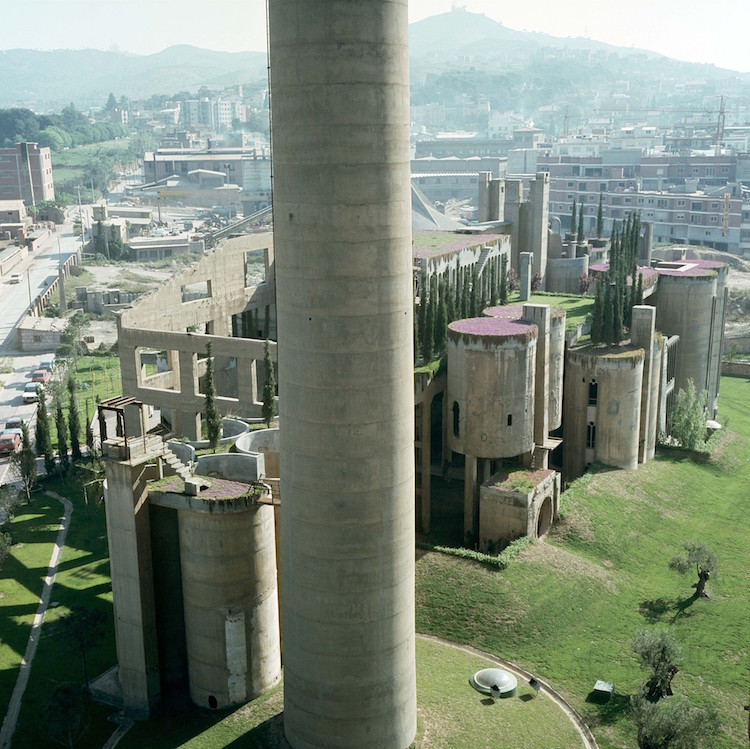 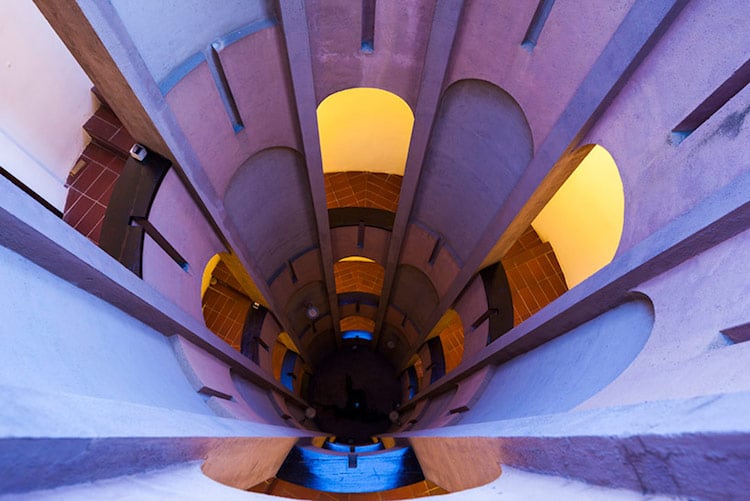 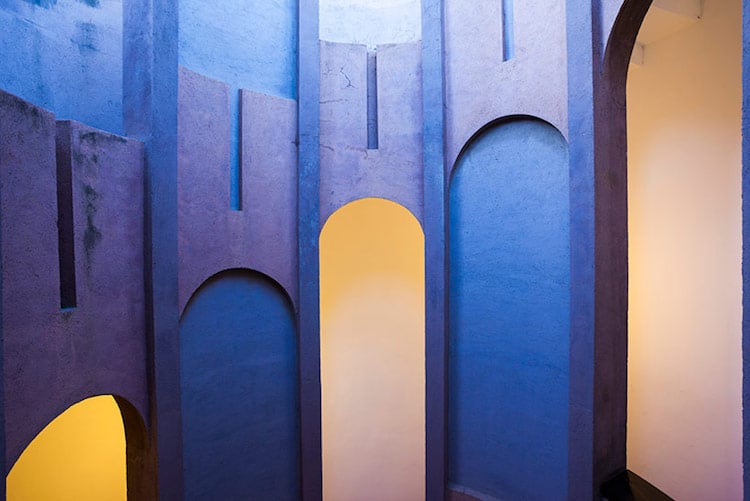 All images via Ricardo Bofill except where noted.