Interview: Man Makes World-Famous Art in His Sleep But Has No Creative Talent While Awake 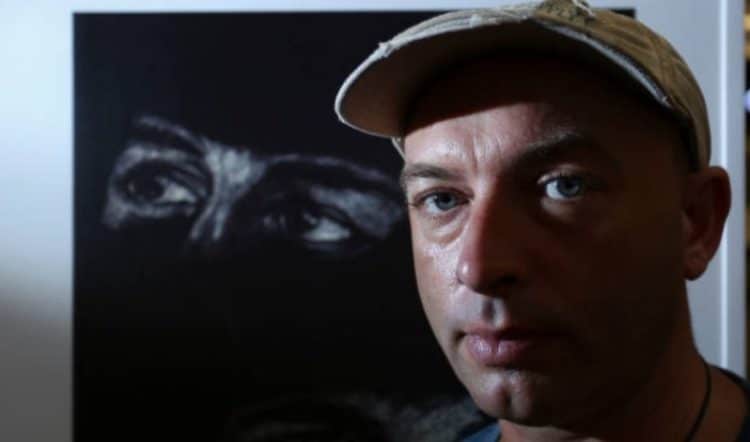 When Lee Hadwin is awake, he identifies as someone with no artistic talent. But while he’s asleep, his creative side comes alive and he crafts portraits, landscapes, and abstract drawings that only someone with amazing artistic prowess can produce. Once Hadwin wakes from his slumber, he has snapped out of his art-making trance and carries on with life as a non-creative person.

So, how does he do it? We’ve all heard of people who talk or even walk around their homes while they're asleep. Hadwin is no different, although his “sleep artistry” demonstrates a much more complex form of this phenomenon. It began when he was four years old and started with scribbles at night. By age 15, however, Hadwin created three portraits of Marilyn Monroe that looked like they were drawn by someone with some artistic training—and he had none. He has since made a career from his nighttime activities, calling himself a Sleep Artist. The rate at which he’ll create work is unpredictable but regular enough for him to sell the original pieces for thousands of dollars while participating in exhibitions around the world.

We spoke with Hadwin about what it’s like being a world-famous Sleep Artist and building a career this way. Scroll down for My Modern Met's exclusive interview. 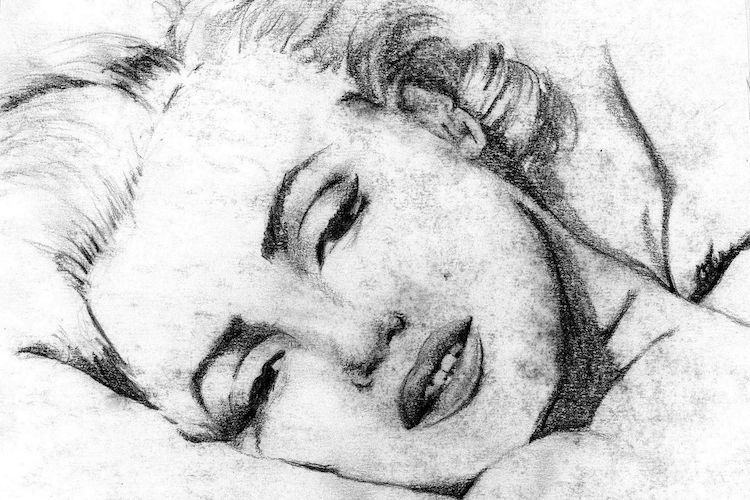 You've been producing sleep art almost your whole life. When did things change for you from something more than just scribbles while sleeping?

I first started drawing/scribbling in my sleep at the age of around 4 years old. I would draw on my bedroom walls, floor, under the staircase and on my school books using pencils, crayons, and anything I could find really.

My parents took me to the doctors and this was just put down to sleepwalking at that time and was still considered sleepwalking right up until the age of 15 years old.

It was at this age that things changed! I woke up one morning and had drawn three small images of the late Marilyn Monroe. This obviously stunned my parents.

After drawing these images I then realized something strange was happening. 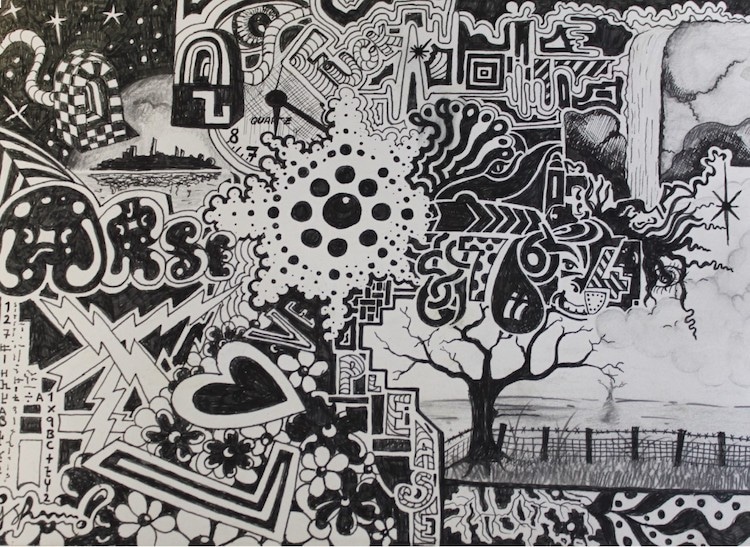 How often do you create artwork while you sleep?

Sometimes I can get up a couple of times in one night. But on average I would say twice a week. Normally alcohol can bring on an episode.

Do you ever go through “creative blocks” where you aren't producing as much artwork during your slumber?

The only time I have had a block so to speak was when I was at the age of 19 years old. I did not produce anything for 2 years. Then all of a sudden it started up again. 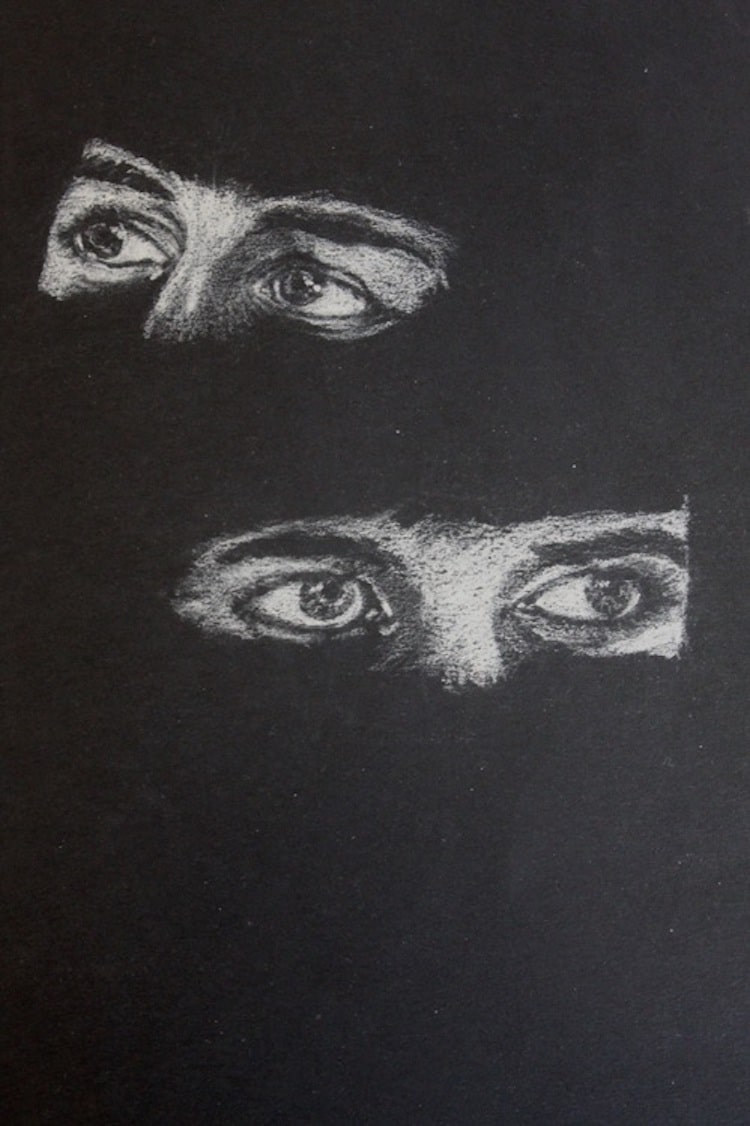 You said that you've never wanted to be an artist, but within the last several years you have started calling yourself one and make a living off your art—that's amazing! Is it strange to you that your life has taken this path?

I had no interest in art during my time at school – My highest grade in art was a D, very poor.

I have never had any recollection of drawing anything I have produced—it is something that I have grown up with and no, no difference. So, to me, it's “normal” so to speak.

My life changed in 2007 when I decided to put on a very small exhibition in my hometown/Village of Henllan in Denbighshire, North Wales with proceeds going to a cancer hospice. 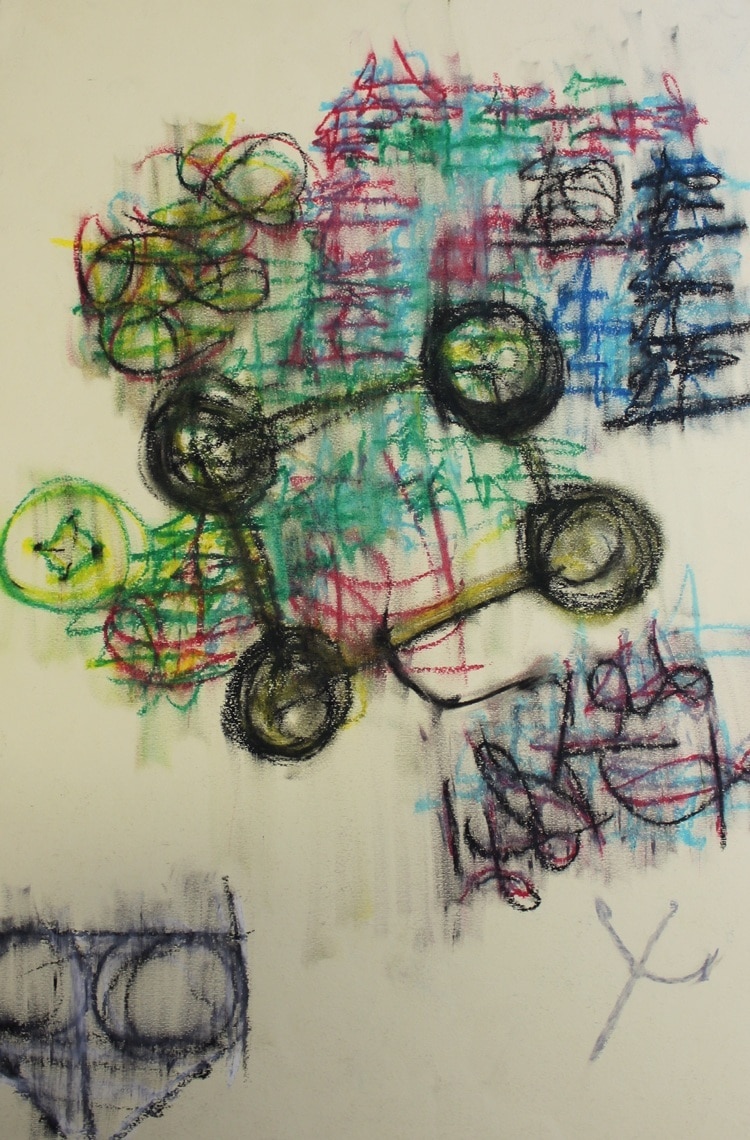 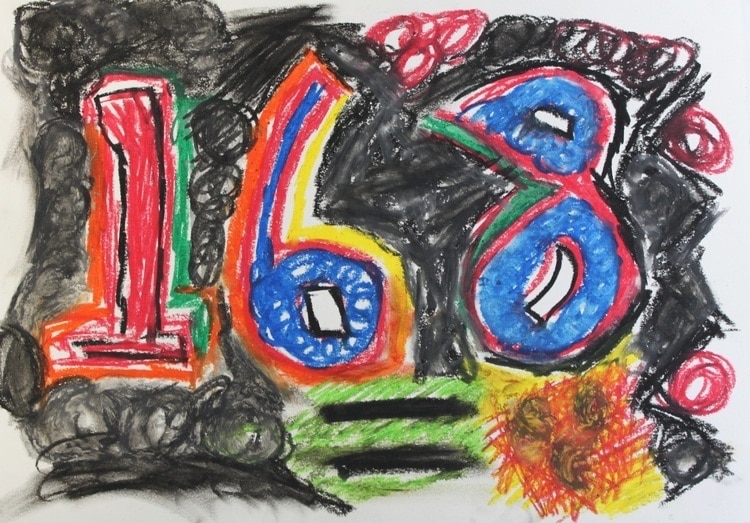 (continued) The local press did a small piece on my art in the local newspaper. Then, by chance, a film crew from South Korea picked up the story and decided they wanted to do a small documentary on me. After this, a few days later, The Sun (which is one of the main newspapers here in the UK) decided to do a full-page interview on my art and life. From that day onwards, my entire life changed! I had hundreds of calls from the media and TV offers. I decided to do a few documentaries that year which really got the art world talking about my works. I now work for a few different charities bringing awareness to those in need.

I now live in London and have visited the world-renowned Sleep Center in Edinburgh Scotland to get analyzed by scientists as well as being monitored in the past by scientists from Japan. I have a strong following now from all over the world and receive emails and letters from people with different issues in their lives. Scientists at this stage believe my mind is active; however, my body is asleep. So… not sure how that works?

Some people believe that I am channeling a good spirit which I believe could be true but who knows. 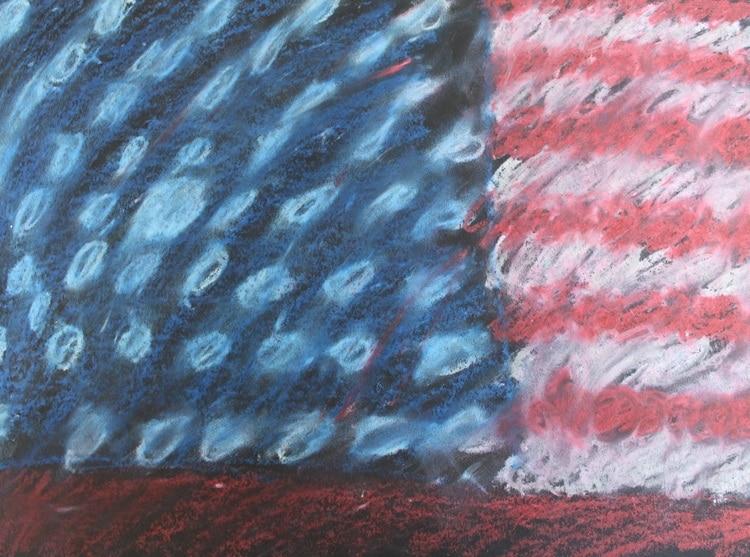 Does the artwork feel disconnected from you, because of how you created it? Is it hard to believe that you are capable of creating this type of work?

A lot of my works I feel disconnected from. However, there are some pieces that I have a strange connection to—whether that is spiritual or just makes me feel good is questionable.

I know some of the pieces I have produced are from an event that has happened to me in my waking life. I drew the flag of the USA after I visited New York as an example.

I don't really feel shocked in anything I produce as I have always done this since the age of four so I know no difference. It is part of my life. 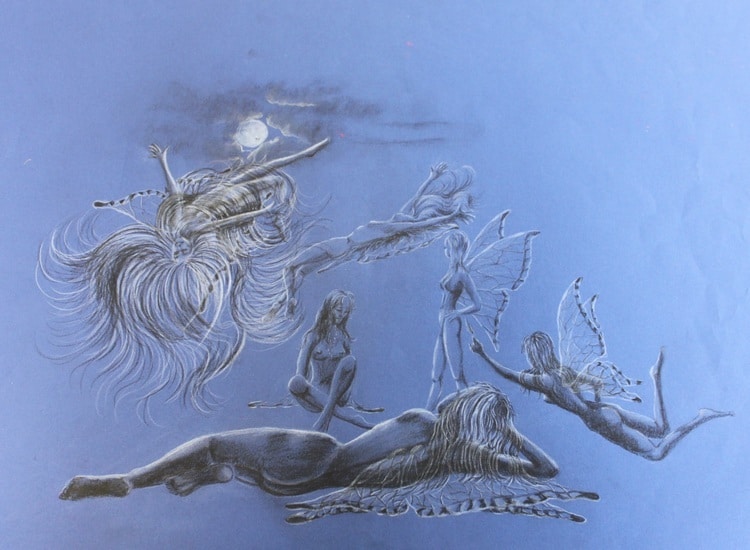 I am currently writing my life story for a book that will be launched in 2020 and may look at turning this into a film if I can find the right production team—ideally, for Netflix.

I am looking at putting together some more art exhibitions as I have had two in Australia which have just finished. I would love the opportunity to exhibit in the USA as I think the American public is more open-minded when it comes to art.

I would also like to sit down with a TV company as I have come up with a TV experiment that would be great for public viewing. The idea is that as an experiment a group of sleepwalkers is kept in captivity for one month and follow their every move during the day and night like Big Brother—with 24-hour cameras on them but living in a house like they would at home. I think it would make great entertainment and also a scientific look at different sleepwalkers. 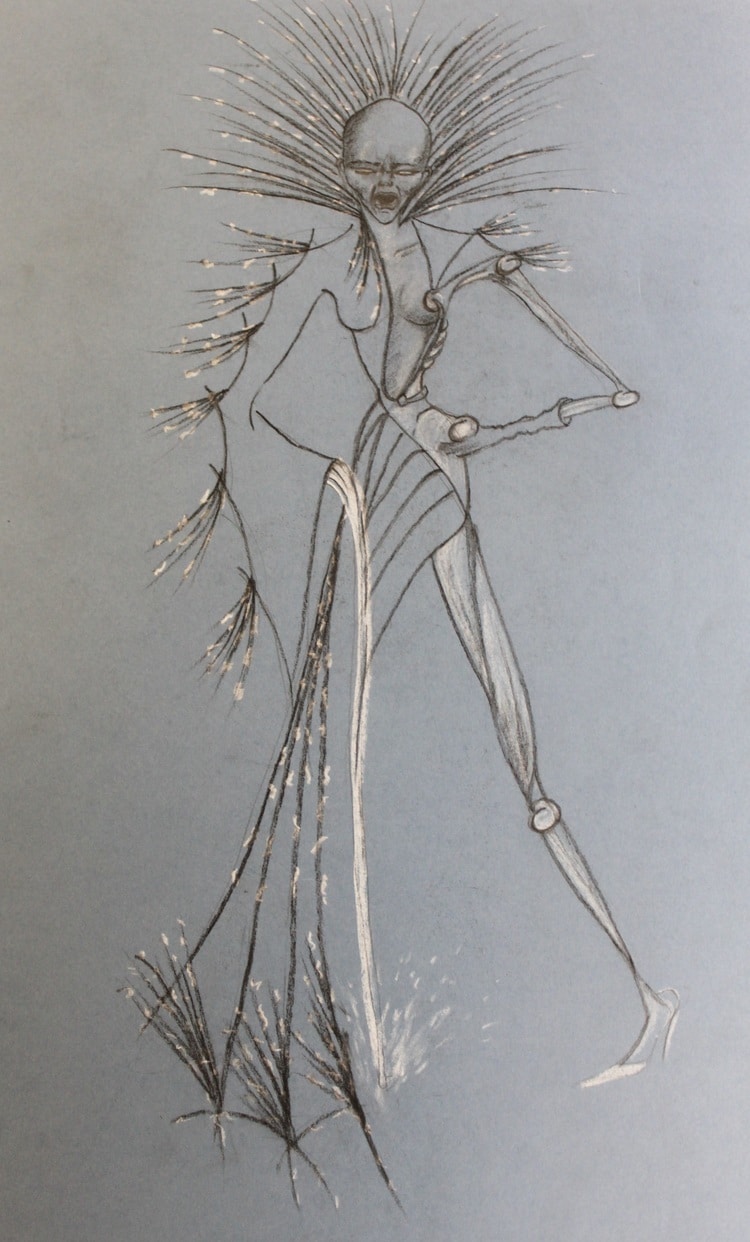 To learn more about the science behind Hadwin's sleep artistry, watch the video below.

8 Different Types of Drawing Styles You Can Try Right Now