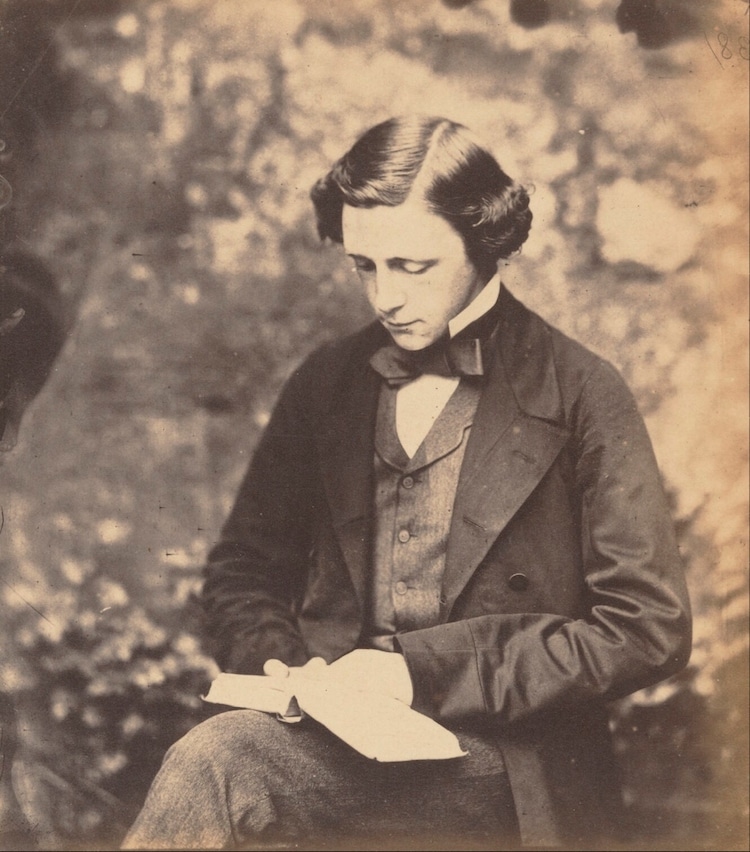 Few writers have captured imaginations like Lewis Carroll. A pioneer of the “literary nonsense” genre, the English author had a whimsical way with words and a flair for storytelling. A perfect pair, these talents gave way to one of modern history's most treasured tales: Alice's Adventures in Wonderland.

Written in the middle of the 19th century, this fanciful story of a young girl's journey down a rabbit hole is now a staple of pop culture. While you may be acquainted with its quirky cast of characters and can likely recite a few of its “curiouser and curiouser” quotations, you may not know much about the writer behind Wonderland. Here, we take a closer look at Carroll's life, from his eccentric early days to his enduring legacy.

Ready to wander down the rabbit hole? Learn all about “literary nonsense” writer Lewis Carroll with these five fanciful facts.

He was a mathematician. 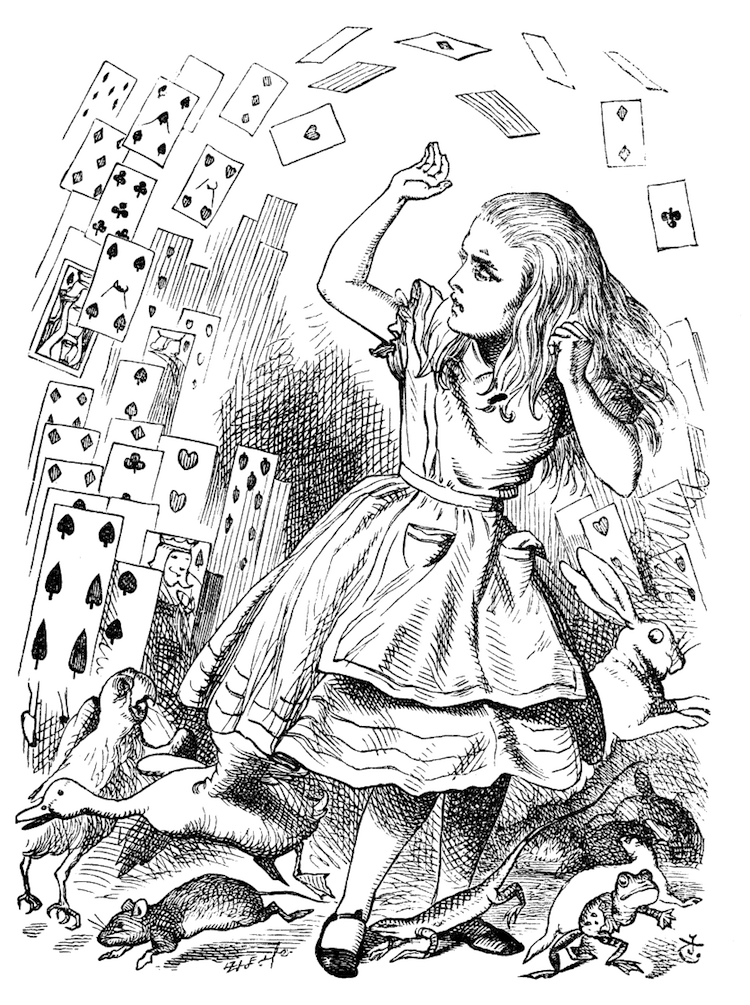 According to one of Alice's Adventures in Wonderland‘s most kingly characters, one must “begin at the beginning” when telling any story.

In 1832, Charles Lutwidge Dodgson—better known by his pen name, Lewis Carroll—was born in Daresbury, Cheshire, England, to an Anglican family. With a parson as a father, Carroll was raised in a rectory, where he was homeschooled before enrolling in a boarding school. In both educational settings, Carroll was successful in his studies. In addition to writing poetry and short stories from a young age, he excelled in mathematics. This talent for numbers culminated in an honors degree and subsequent lectureship from Oxford University, where he would teach for 26 years.

Mathematics played an important part not only in Carroll's academic work, but in his writing, too. Alice's Adventures in Wonderland and, its sequel, Through the Looking-Glass, and What Alice Found There, exhibit a playful approach to arithmetic, materializing as everything from anthropomorphic playing cards to nonsensical mental math. “‘Four times five is twelve, and four times six is thirteen and four times seven is—oh dear!'” Alice, his protagonist, says. “‘I shall never get to twenty at that rate!'” 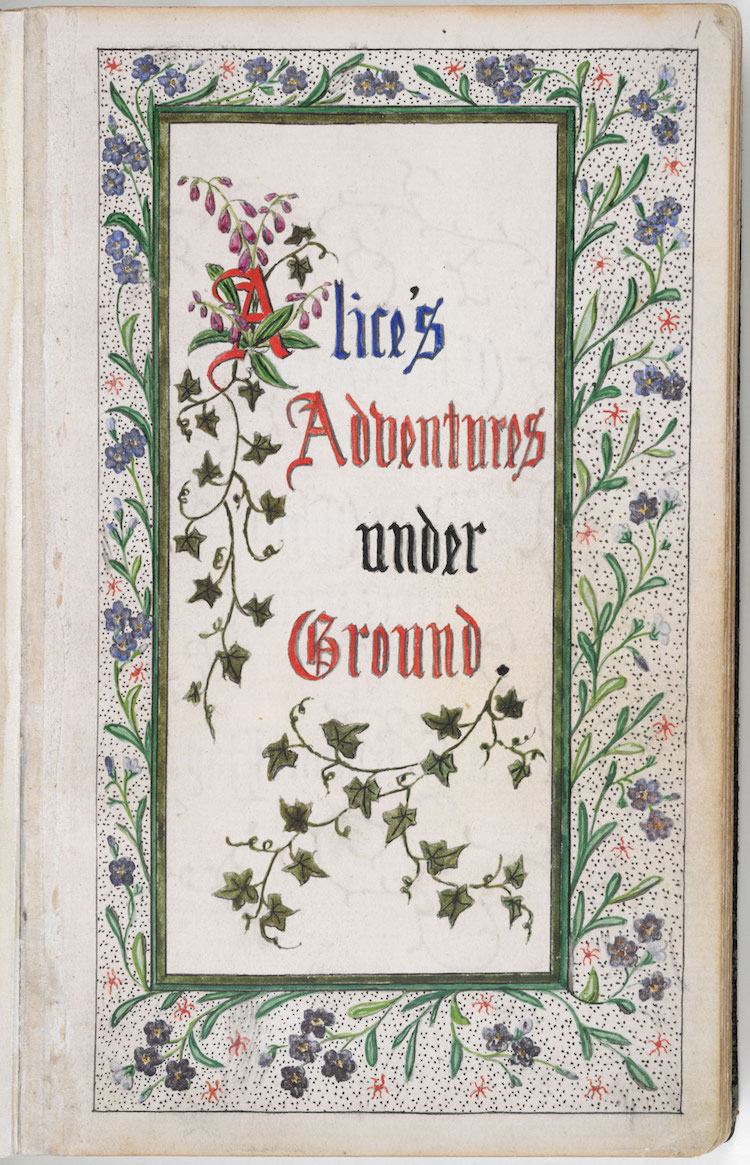 Carroll completed Alice's Adventures Under Ground in 1864. The book was adapted from a story he had told the three young daughters (Lorina, Edith, and Alice) of Oxford's vice-chancellor, Henry Liddell, while riding in a rowboat on July 4, 1862. The trio of girls, who ranged in age from to 8 to 13, loved Carroll's telling so much that, at Alice's request, he turned it into a manuscript.

In 1864, he gave his handwritten book to Alice, and, just one year later, he had the story published. In addition to an increased length and illustrations by celebrated cartoonist Sir John Tenniel, the novel strays from the original manuscript with the addition of characters like the Mad Hatter and the March Hare. These tweaks proved successful, and the story helped put “literary nonsense“—a genre of fiction that distorts reality and plays with language—on the map.

“I do not know,” Carol wrote in 1889, “if Alice in Wonderland was an original story—I was, at least, no conscious imitator in writing i—but I do know that, since it came out, something like a dozen story-books have appeared, on identically the same pattern.”

The novel's “curious and curiouser” characters were inspired by real-life people—and cheese. 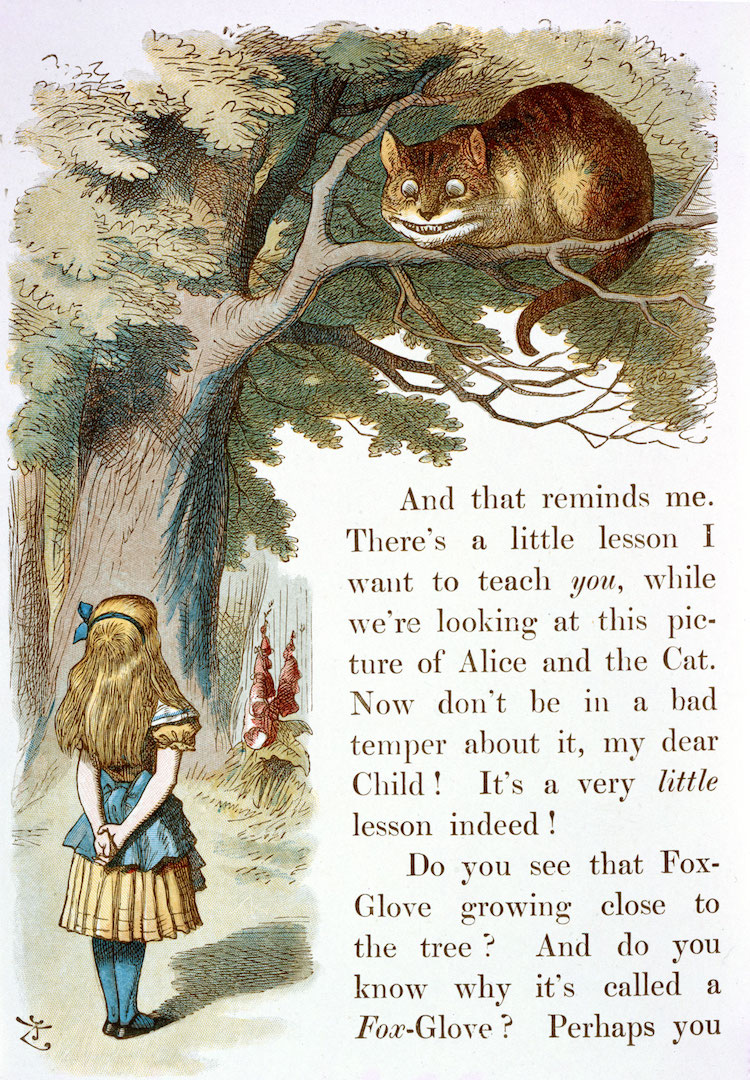 What made Alice's Adventures Under Ground such a success? On top of Carroll's beguiling language and storytelling skills, audiences young and old reveled in the eccentricity of his characters. Though the story follows these figures as they explore a world of fantasy, many of them were actually inspired by real life.

The ever-curious Alice was based on Alice Liddell; the Dodo bird, according to legend, was inspired by Carroll himself, who, due to a stammer, pronounced his surname as “Do-do-dodgson”; and, most peculiar of all, the idea behind the grinning Cheshire Cat was likely sparked by cheese.

“In Alice, the Cheshire Cat sat grinning on the limb of a tree until it gradually faded away, the grin being the last part of it to disappear,” Robert Allen Palmatier explains in Food: A Dictionary of Literal and Nonliteral Terms. “The cat and its grin are believed to derive from Cheshire County, England, home of the famous Cheshire Cheese, where a cheese was once molded in the round face of a grinning cat. When the cheese was eaten, from outside in, the grin was the last part to disappear.”

He had a passion for photography. 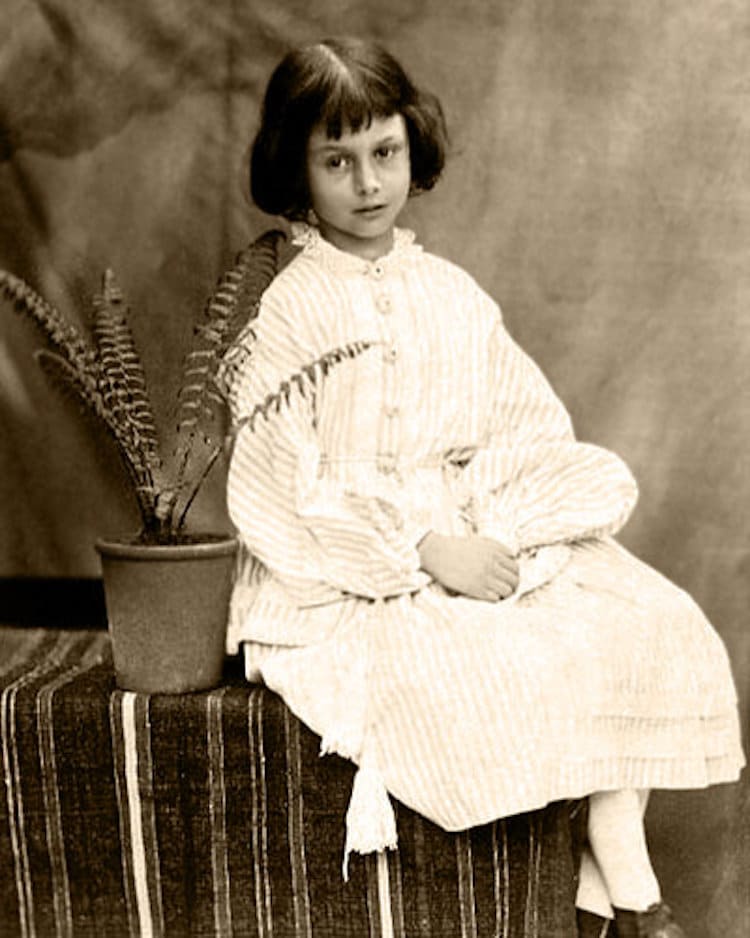 Math and “literary nonsense” were not Carroll's only talents. He was also a skilled, albeit amateur, photographer, whose images mostly starred his friends, family, and favorite little muse: Alice Liddell.

Carroll used the complex wet collodion method to produce his photographs. This painstaking process required coating a glass plate with a mixture of a soluble iodide and a collodion-based solution. It is this method's tedious nature that both frustrated and appealed to Carroll, who detailed its difficulty in his poem, “Hiawatha's Photographing.”

“Mystic, awful was the process,” its second stanza concludes.

Posthumous tributes include stained glass windows, an asteroid, and even a neurological syndrome. 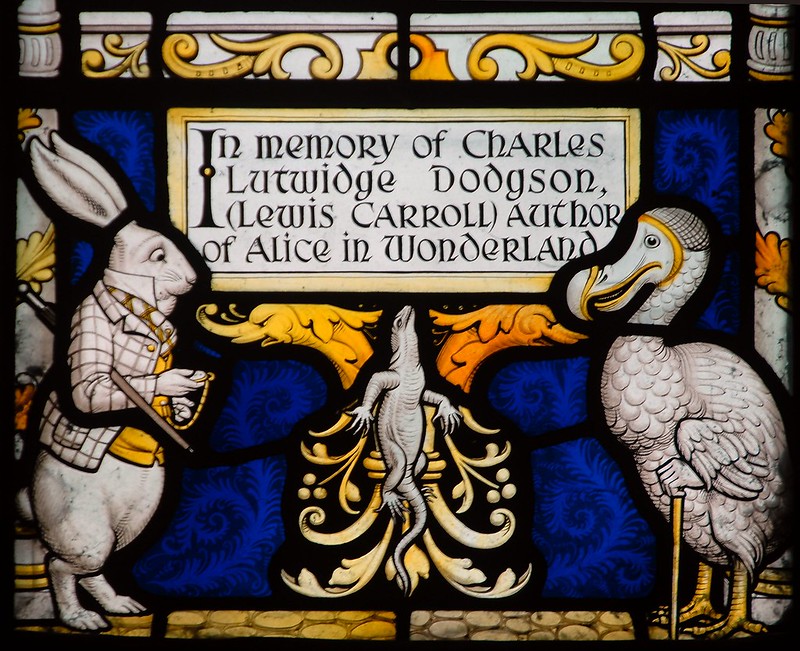 Following the success of Alice's Adventures in Wonderland, Carroll continued to write. In 1871, he completed Through the Looking-Glass, and What Alice Found There, and, in 1876, he wrote The Hunting of the Snark, his most celebrated “nonsense” poem. Following these works, however, he took a decades-long hiatus, only returning to the craft in 1895, just three years before he died.

In the 125 years since his death, Carroll's legacy has lived on. His many tributes are fittingly eclectic; they include everything from a children's library in London and a statue in Central Park to a neurological syndrome (Todd's Syndrome, which afflicted Carroll, is commonly called “Alice in Wonderland Syndrome”) and even an asteroid, which NASA named after Carroll in 1994.

One of his most colorful dedications, however, is the Lewis Carroll Memorial Window in All Saints Church, where Carroll was born and baptized. This collection of stained glass windows was designed by Geoffrey Webb and includes several characters from Alice's Adventures in Wonderland, as well as verses from Carroll’s poem “Christmas Greetings (From a Fairy to a Child).”

Like much of Carroll's work, including, of course, Alice's Adventures in Wonderland, this poem illustrates Carroll's talent for writing about children for children—a skill he took in great pride in. “No deed of ours, I suppose, on this side the grave, is really unselfish,” he said, “yet if one can put forth all one's powers in a task where nothing of reward is hoped for but a little child's whispered thanks, and the airy touch of a little child's pure lips, one seems to come somewhere near to this.”