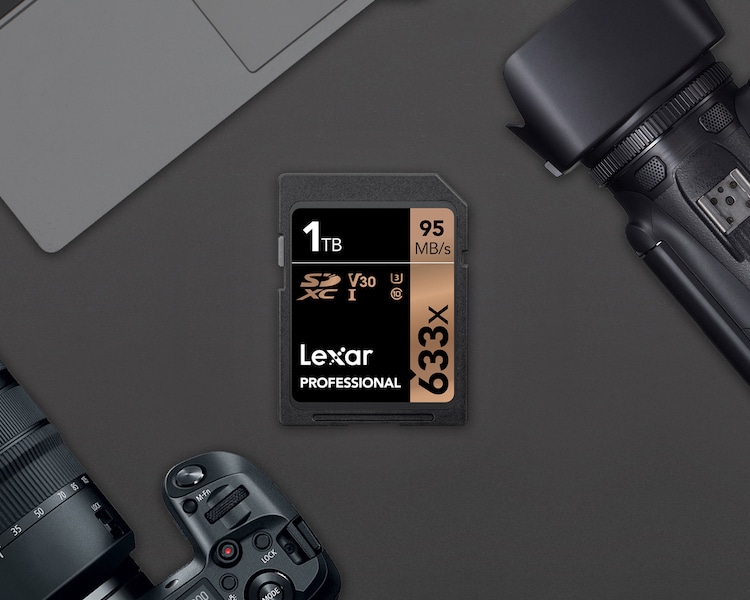 Lexar is banking on bigger being better with its newly announced 1TB SDXC memory card. This is great news for photographers and filmmakers looking for a professional memory card that will grant them increased storage and less fumbling with multiple cards. Though other companies have announced memory cards this big, Lexar is the first to actually have one hit the shelves.

With a read speed of up to 95MB/s and a video recording speed class of V30, the Lexar 1TB 633x SDXC UHS-I card is looking to help professionals shoot high-quality content, and more of it. “Almost fifteen years ago, Lexar announced a 1GB SD card. Today, we are excited to announce 1TB of storage capacity in the same convenient form factor. As consumers continue to demand greater storage for their cameras, the combination of high-speed performance with a 1TB option now offers a solution for content creators who shoot large volumes of high-resolution images and 4K video,” said Joey Lopez, Lexar Senior Marketing Manager.

Though SanDisk has previously announced a 1TB memory card, the company has yet to put something on the market, making the Lexar the first of its kind. It's a big triumph for a brand that was left for dead in 2017, when its parent company Micron announced that it would be shuttering the beloved brand of memory cards, USB drives, and storage drives. Luckily, it was purchased by Longsys, a Chinese company specializing in storage products, and is back with a bang.

The Lexar 1TB SDXC memory card has a suggested retail price of $500. It's currently available on Adorama for $399.99.