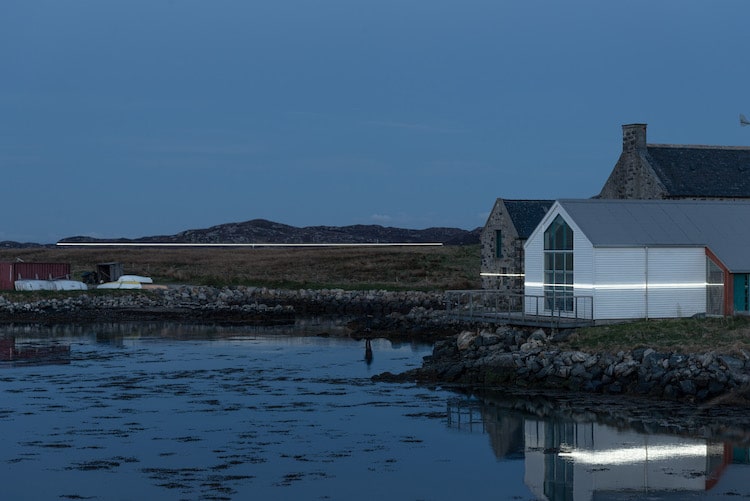 Using synchronized beams of light, two Finnish artists have created a powerful commentary on the rising sea levels that threaten our planet. With Lines (57° 59 ́N, 7° 16 ́W), Pekka Niittyvirta and Timo Aho have wrapped buildings and the surrounding landscapes with lines that mark a point of where the sea could arrive at some point in the near future. This means everything below the line would be submerged.

It's a hypothetical that's not unrealistic. The Taigh Chearsabhagh Arts Centre in Scotland, where the installation was created, is already feeling the effects of the environment. Its development has been blocked due to major concerns about predicted rising sea levels on site.

Working together, Niittyvirta and Aho have merged their artistic visions to create a public installation that is not only visually pleasing and technically impressive, but socially conscious. Lines gives a physical and visual representation of a phenomenon that is often discussed in terms of abstract facts and figures. By placing the future reality plainly in view, they've made it impossible for the public to ignore.

We had a chance to ask the artists some questions about the development of the project and how they feel artists should get involved with social issues. Read on for our exclusive interview. 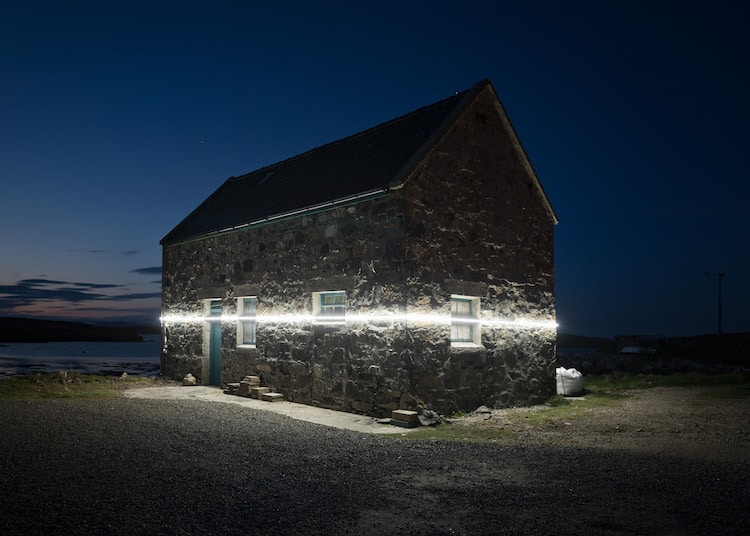 The creative process had a lot to do with a connection and co-existence between contemporary society, development, and nature. We started the project within the context of the physical positions of seaside communities and their futures. The project quickly developed towards the sea levels rising, human actions, climate change and the causality of that. 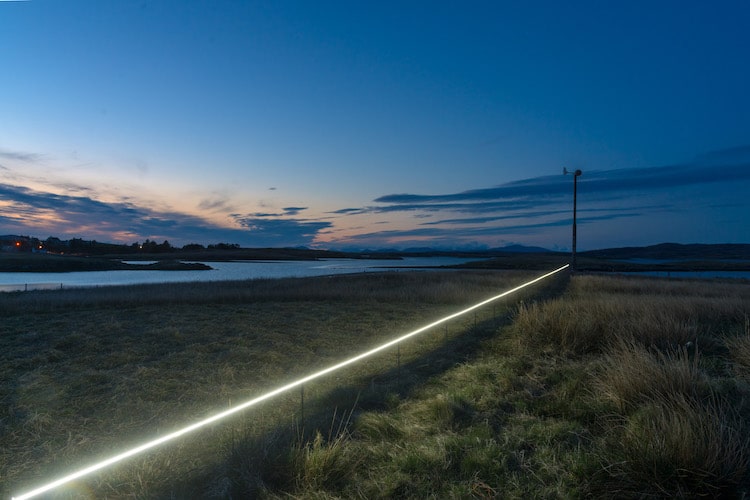 How did the collaboration come about?

We have been working on some concepts and ideas earlier, but this was the first project that was actualized. During the project, we were working from different locations—Timo working from Scotland and Pekka From Finland. We have known each other since childhood. Distance meant long discussions on Skype, contemplating the process from various different aspects—execution, location, technical details, the concept itself etc. 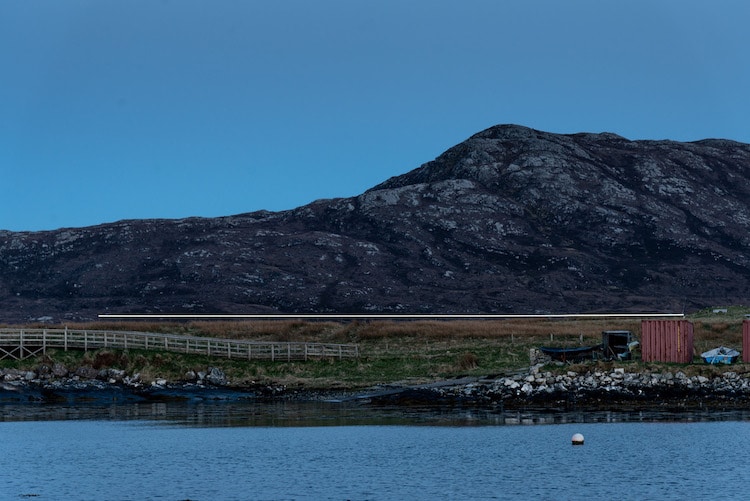 What was the most rewarding part of working together on this?

It must have been the process itself. We spent a lot of time thinking and planning this project, constantly questioning our concept and execution. 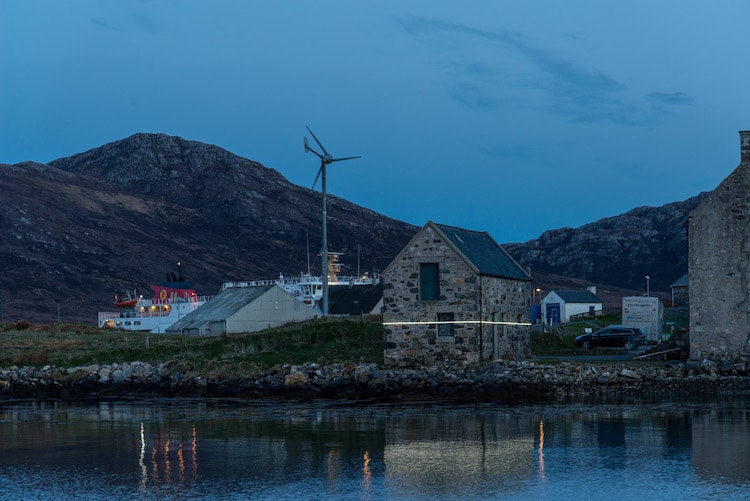 Can you explain the process of how you calculated the placement of the lines?

The work illustrates the possible future sea level rise in an undefined period of time. As the predictions vary radically within the studies of the topic. It is also based on factual storm surge heights, which are already invading buildings at the site. This is somewhat a realistic prediction within the century. 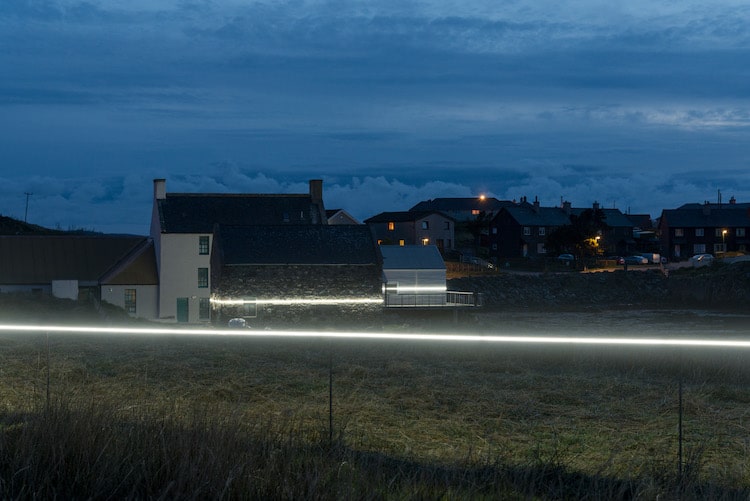 Why, as artists, do you think it's important to engage the public to think critically about environmental matters?

We believe that the topic we are talking about here is one of the most important challenges we are facing.

Art has the potential to convey scientific data, complex ideas, and concepts in a powerful way that words or graphs fall short of.

Visualizing something that is incomprehensible for a human, even with the factual studies and data available when talking about causality and the climate change, is difficult.

We seem to be unable to accept things we have not physically experienced. 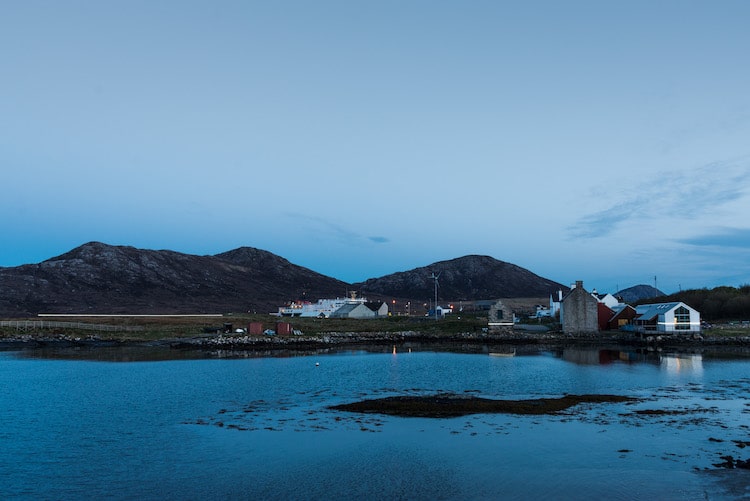 Yes. We've had a lot of positive feedback about this work. The work is located at the Taigh Chearsabhagh Arts Centre and according to manager Andy McKinnon, the work has been well received. 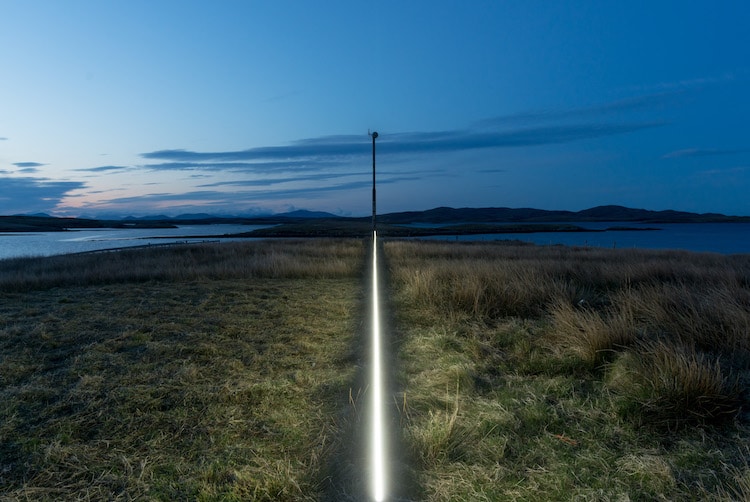 What do you hope the impact of the work will be?

We are hoping that this work highlights an important topic bringing it into a physical reality by the means of art. Hopefully, through this work, people can better visualize what might be in a not so distant future to come.

Watch how the environmental installation takes shape throughout the course of the day.

My Modern Met granted permission to use photos by Pekka Niittyvirta and Timo Aho.