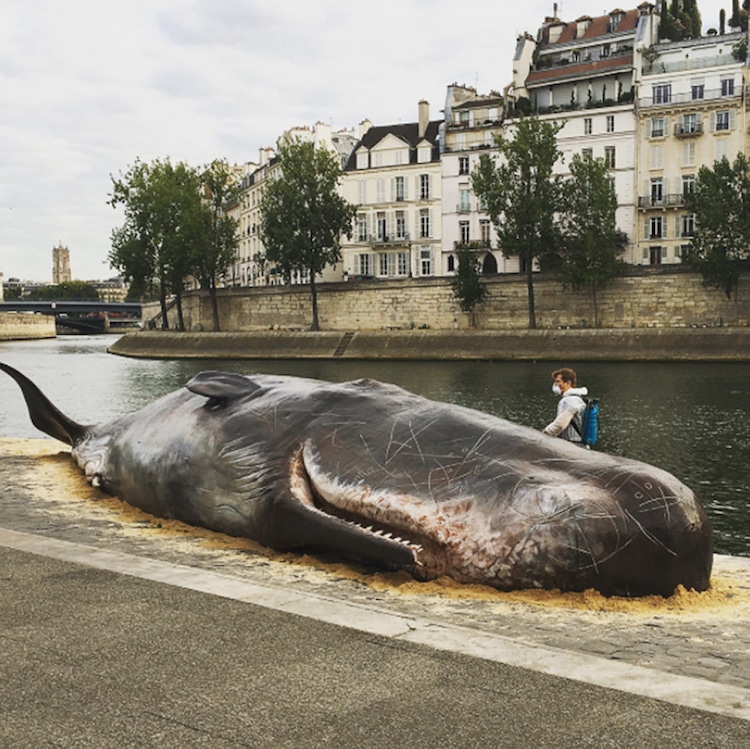 The Captain Boomer Collective, a Belgian activist art group, is back with another incarnation of its beached whale installation. The hyperrealistic sperm whale sculpture has been beached on the banks of Paris' River Seine.

Since 2008, the group has installed the beached whale in different European cities, most notably along the banks of the Thames in London, as a way to raise environmental awareness. The realistically rendered animal is a shocking site for some, who learn more about why whales beach themselves from actors dressed as scientists. They not only give out educational information but act out, in detail, the dissection and autopsy of the whale.

“The beaching of a whale has always been a magical event. Villages trembled and were exhilarated when it happened. This is what we reconstruct,” the group writes. “At the same time, the beached whale is a gigantic metaphor for the disruption of our ecological system. People feel their bond with nature is disturbed. The game between fiction and reality reinforces this feeling of disturbance.”

Though strandings of whales, dolphins, and other marine mammals dates back to ancient times, scientists are unable to explain exactly why these events occur. There are a variety of theories, including environmental factors like noise pollution and climate change. Through their art, Captain Boomer Collective attempts to remind the public why they must mobilize in protecting marine life.

To see the life-size sculpture in person, it will be on display through August 5, 2017, as part of the Paris l'Été festival.

This hyperrealistic sculpture of a sperm whale has been stranded on the banks of the Seine River as a piece of activist art to raise awareness about the environment. 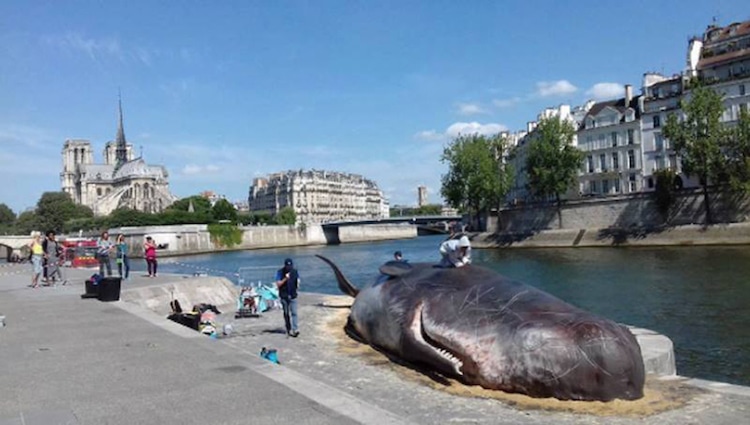 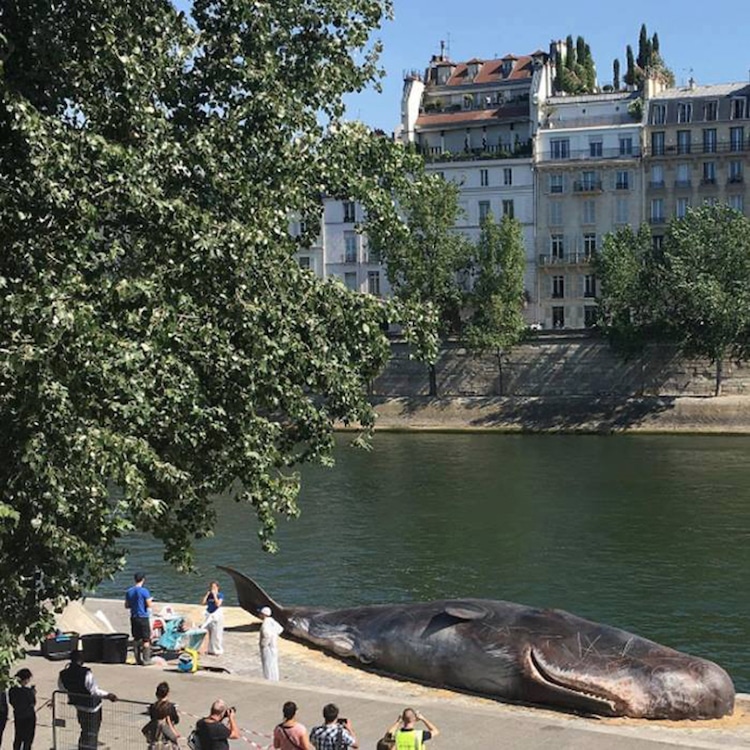 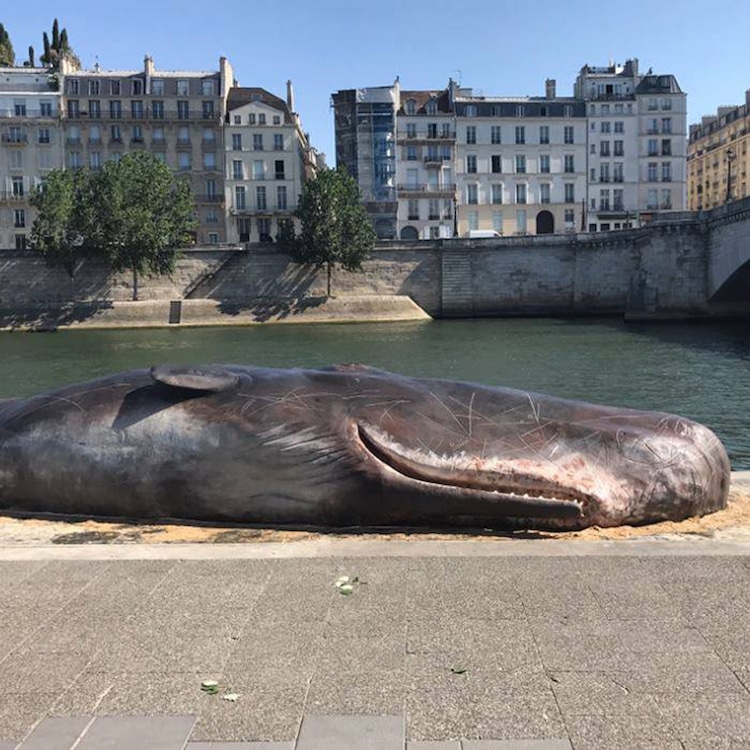 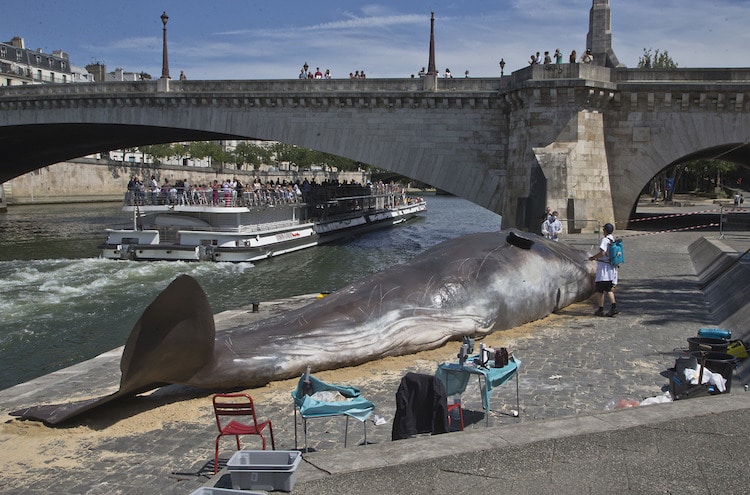 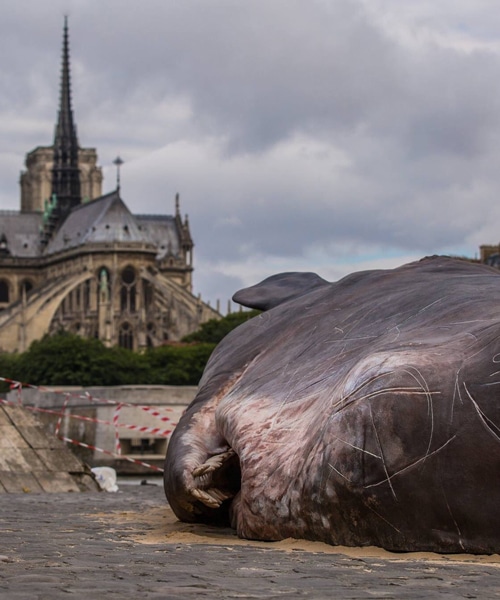 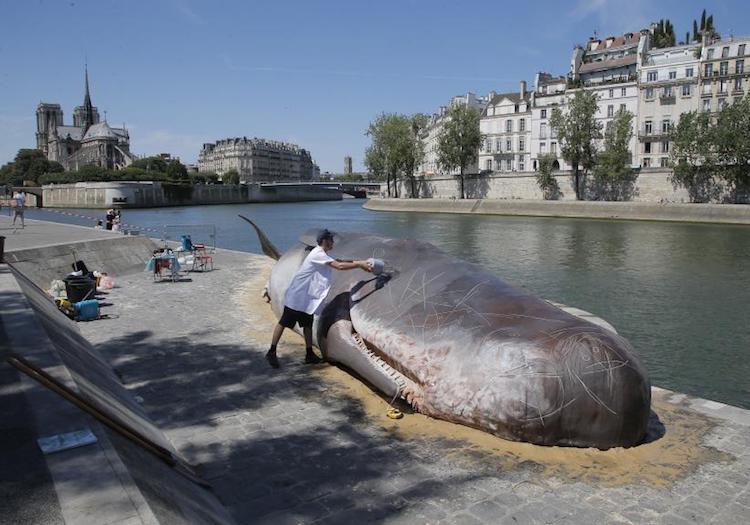 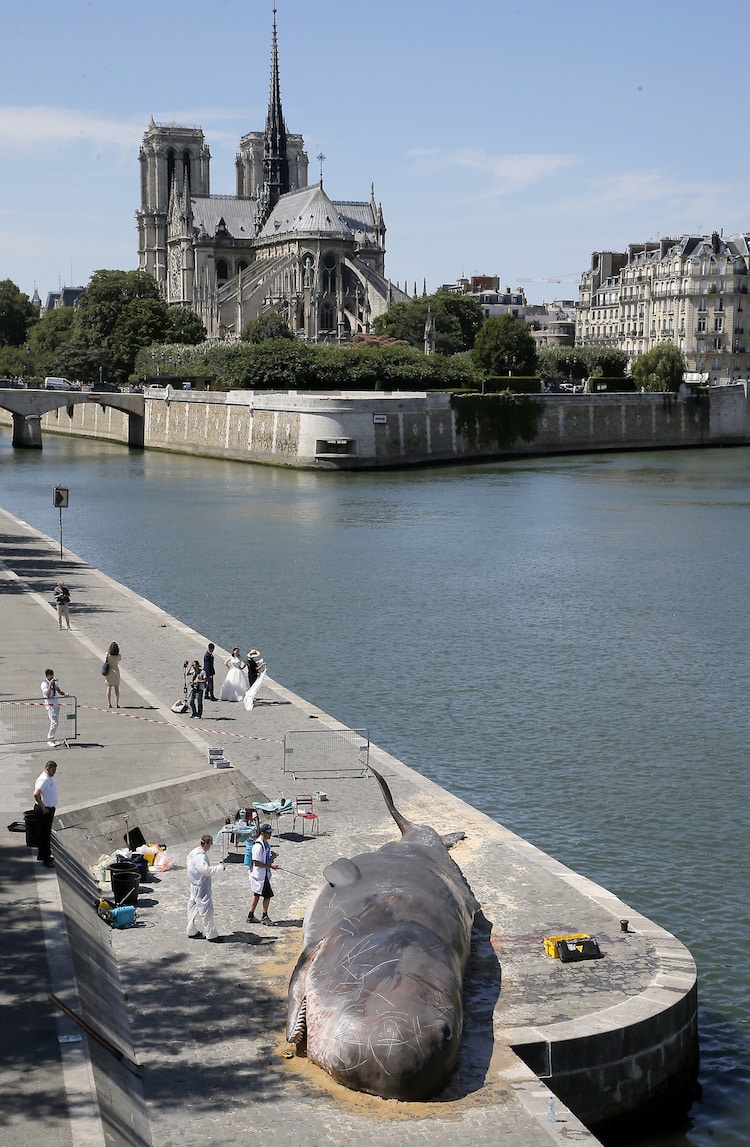 Like socially conscious art? Share
Like My Modern Met on Facebook
Get Our Weekly Newsletter
Become a
My Modern Met Member
As a member, you'll join us in our effort to support the arts.
Become a Member
Explore member benefits