Liu Bolin is Lost in Art 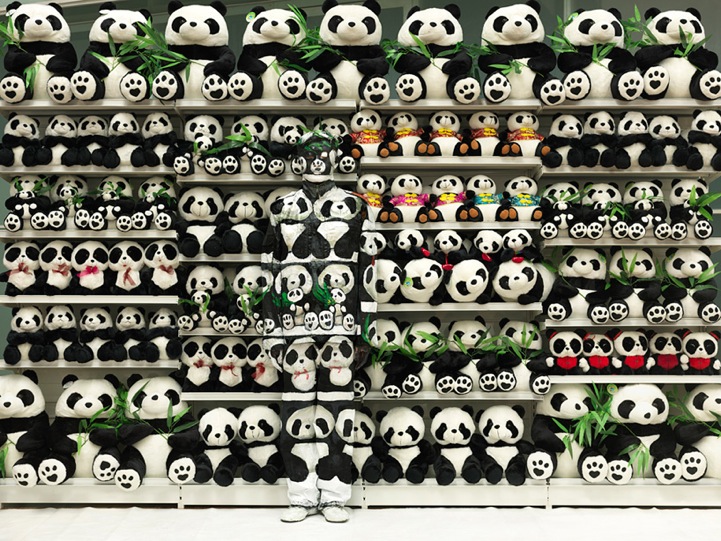 Earlier this week, we brought you the outstanding collaboration between French street artist JR and Chinese contemporary artist Liu Bolin, aka the Invisible Man, in New York City. The performance and unveiling of the mural was all in preparation for Bolin's gallery showing in Soho. This solo exhibition presents a large portfolio of photography, documenting Bolin's public art performances as well as a few new additions to his existing, ongoing series – Hiding in the City and Hiding in New York. Additionally, the exhibit, cleverly titled Lost in Art, features Bolin's first sculptural endeavor.

At My Modern Met, we are big fans of the Invisible Man's camouflaging technique and have written about his impeccable execution countless times. However, his latest sculptural project known as Chargers Series is an entirely new undertaking. His piece Peony features carefully sculpted cellphone chargers, shaped to look like peony flowers. This series tackles the issue of material dependence and how, globally, people are obedient followers of product obsoletism. Many of the newer works in Bolin's whole exhibit focus on hard-hitting subjects like commercialism, unemployment, and pollution.

Lost in Art is currently on exhibit at Eli Klein Fine Art through May 11, 2012. 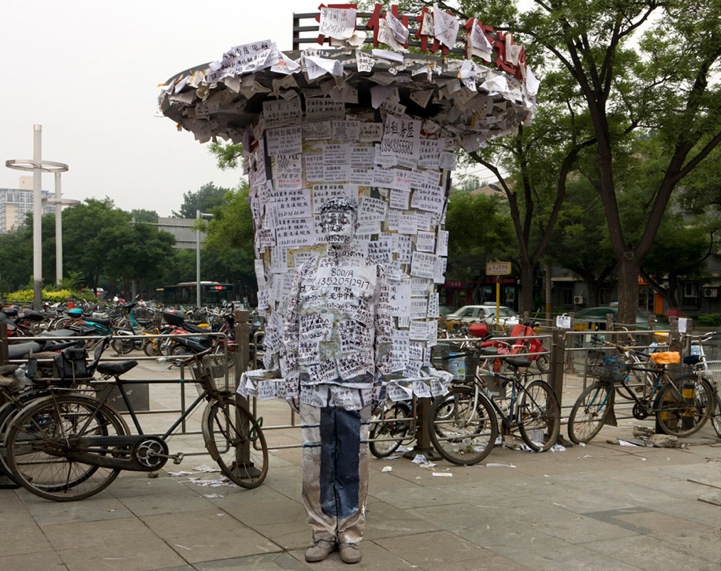 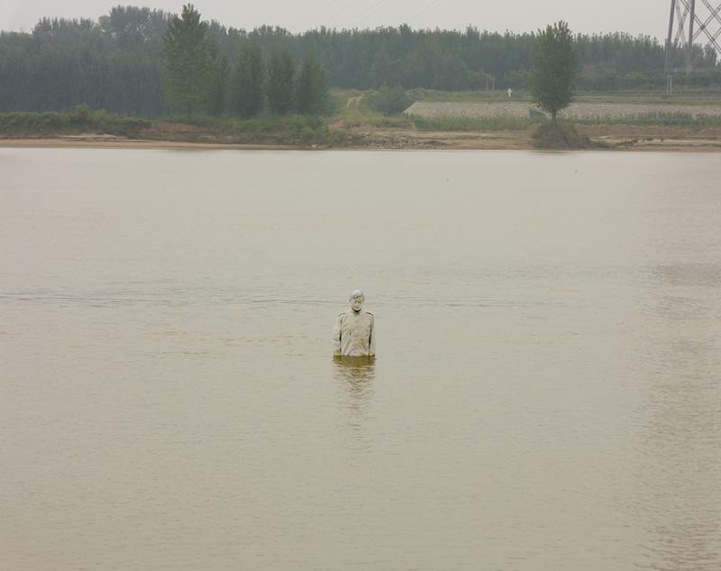 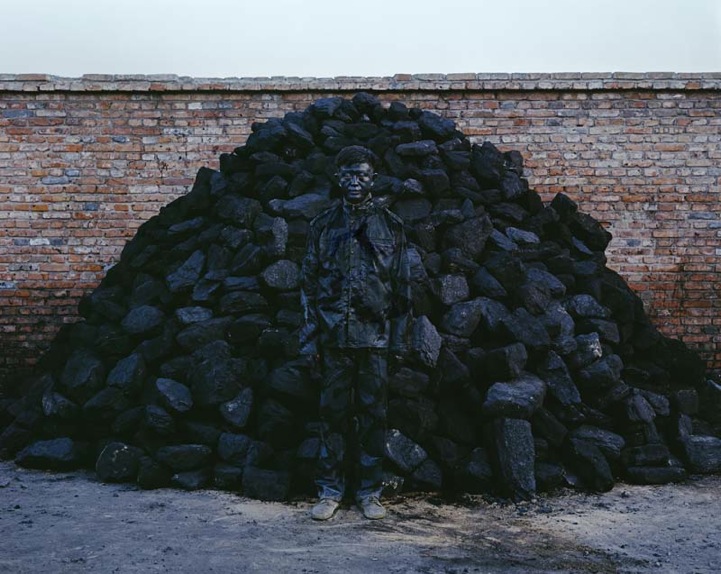 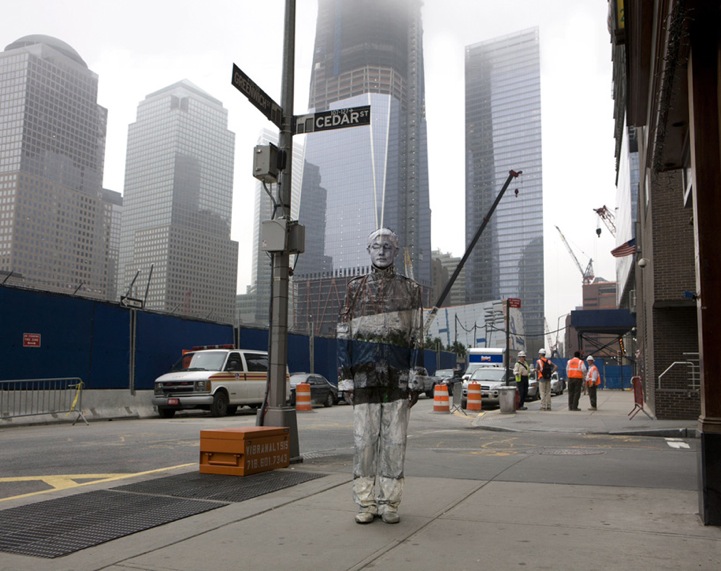 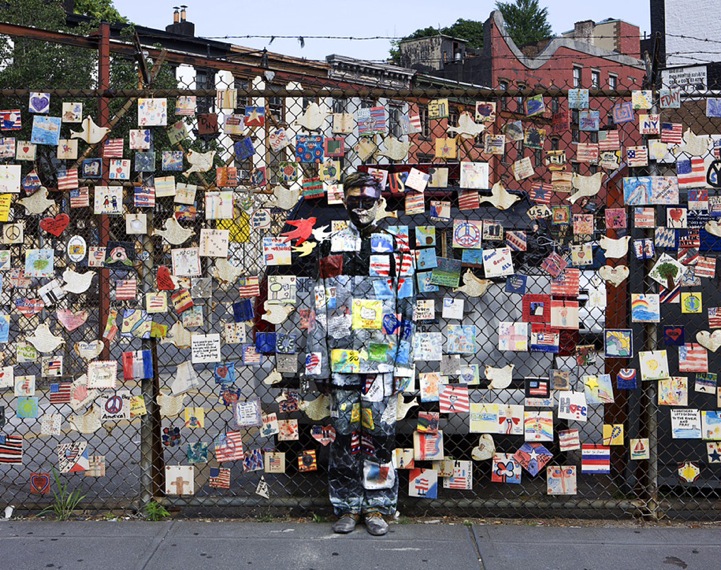 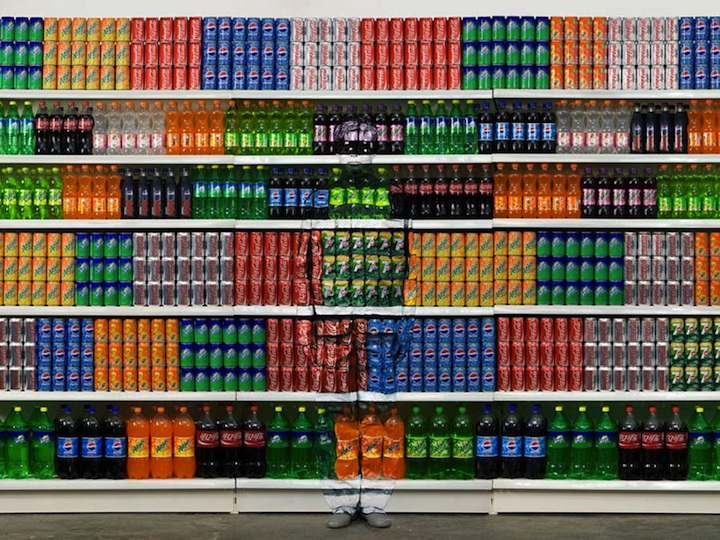 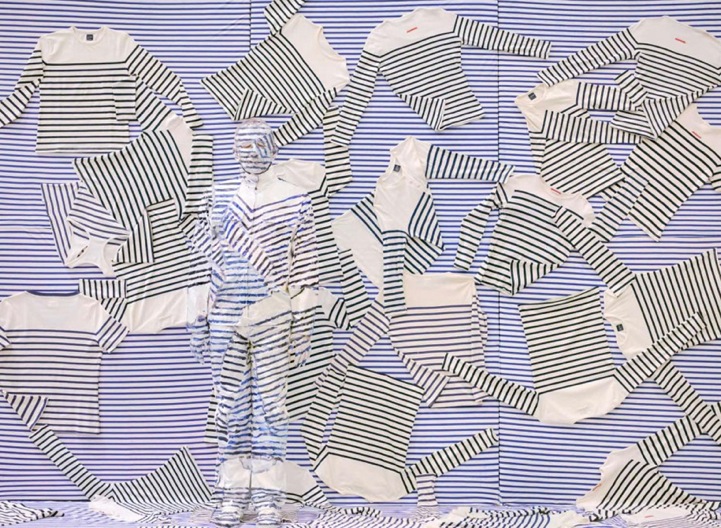 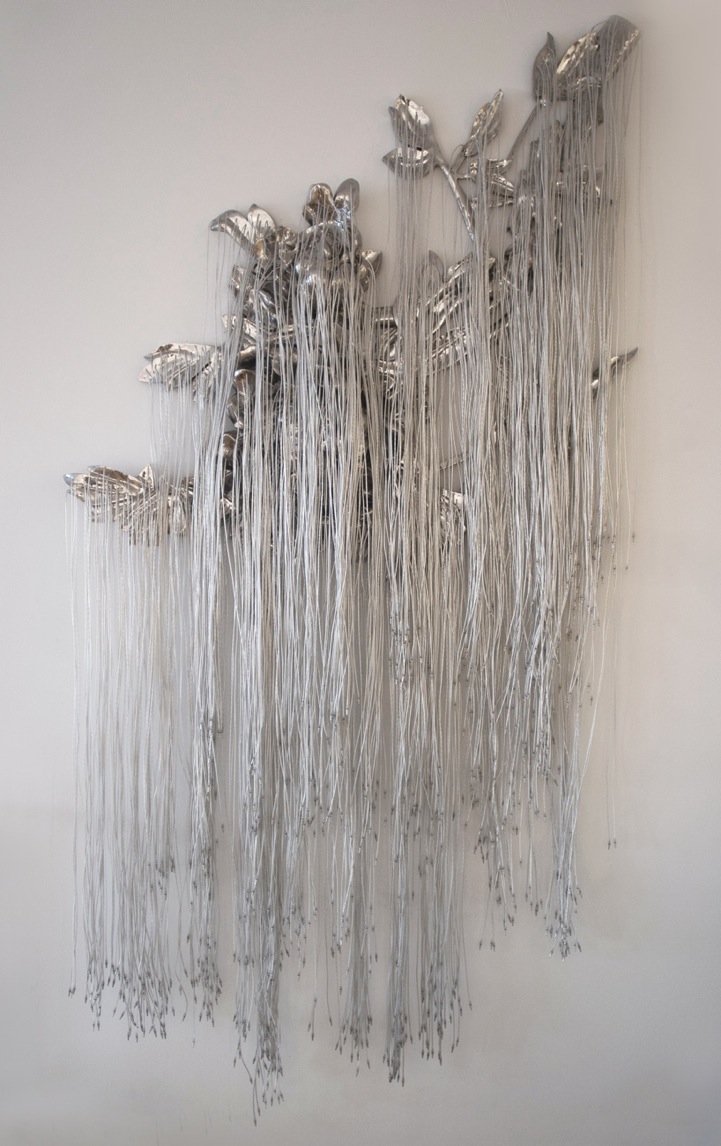 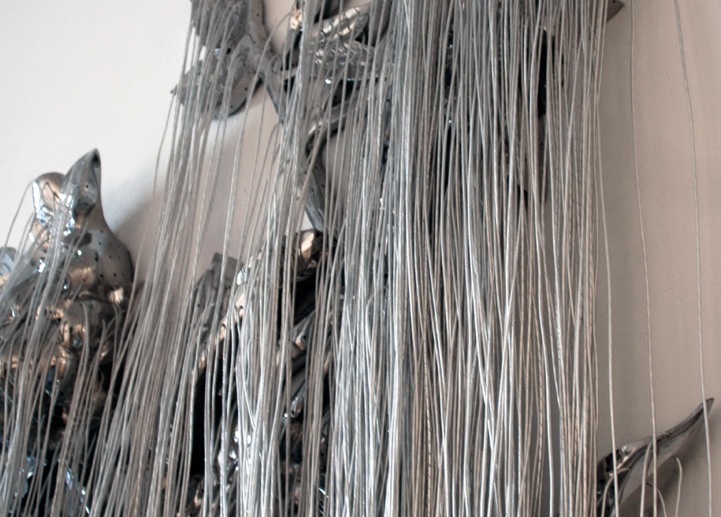 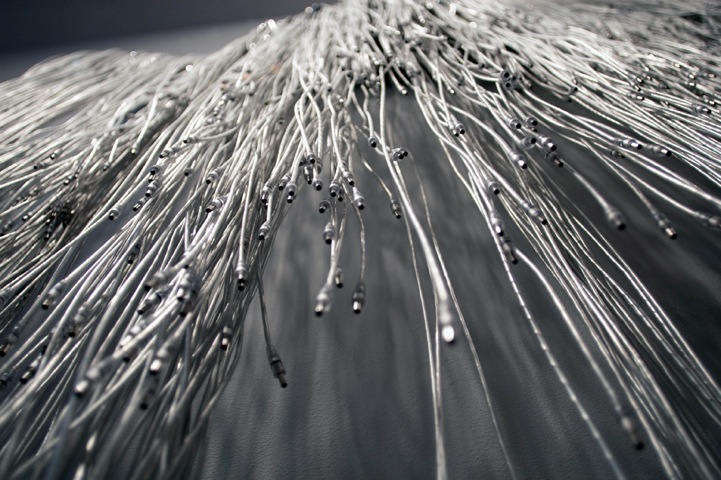 Liu Bolin on artnet
via [designboom]