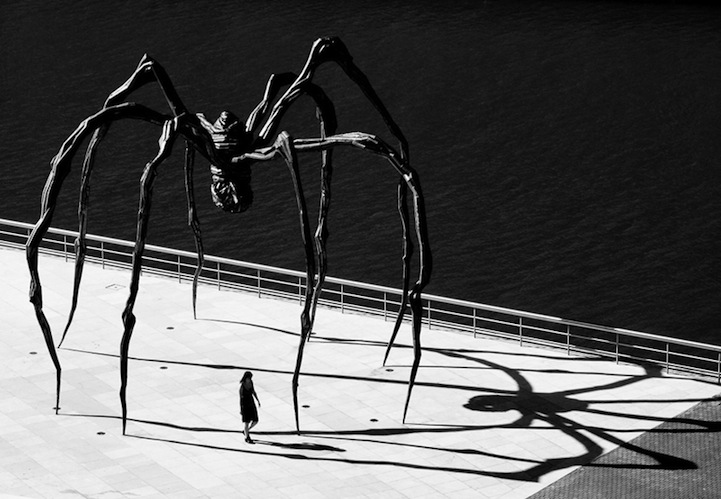 Maman is an incredible, intimidating sculpture resembling a giant spider by the late French-American sculptor Louise Bourgeois (aka Spiderwoman). The towering structure, whose title translates as Mother in French, is an homage to the artist's own mother who passed away when she was 21 years old. While the image of a spider is often associated with unsettling creepiness, the idea behind this figure is, alternatively, to reflect the powerful impact the artist's mother has left on her. Reaching over 30 feet high and 33 feet wide, the arachnid is the epitome of strength and protection.

Bourgeois says, “The Spider is an ode to my mother. She was my best friend. Like a spider, my mother was a weaver. My family was in the business of tapestry restoration, and my mother was in charge of the workshop. Like spiders, my mother was very clever. Spiders are friendly presences that eat mosquitoes. We know that mosquitoes spread diseases and are therefore unwanted. So, spiders are helpful and protective, just like my mother.”

The sublime sculpture has been installed all over the world since 1999. Currently, there is a version of Maman that stands at the National Gallery of Canada that's on surveillance at all times. A webcam on the structure releases a live image every 15 seconds, here. 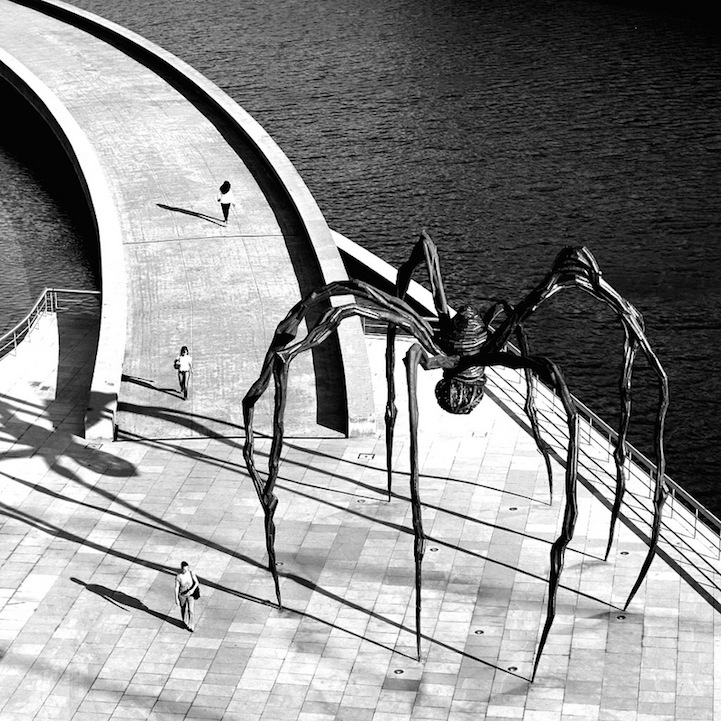 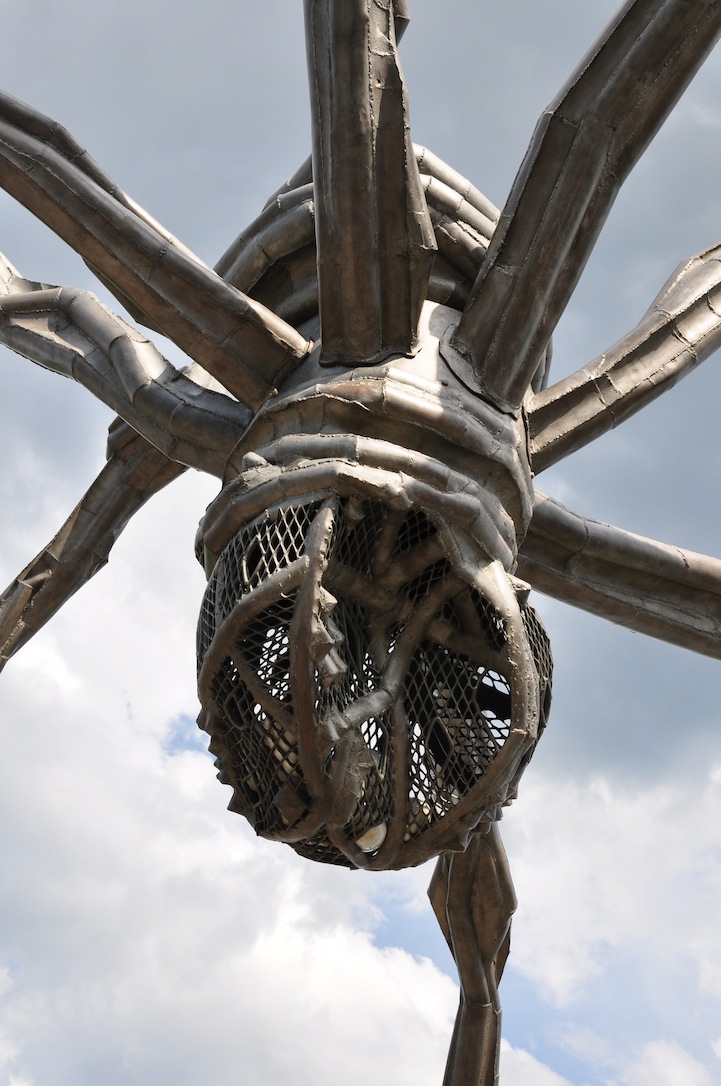 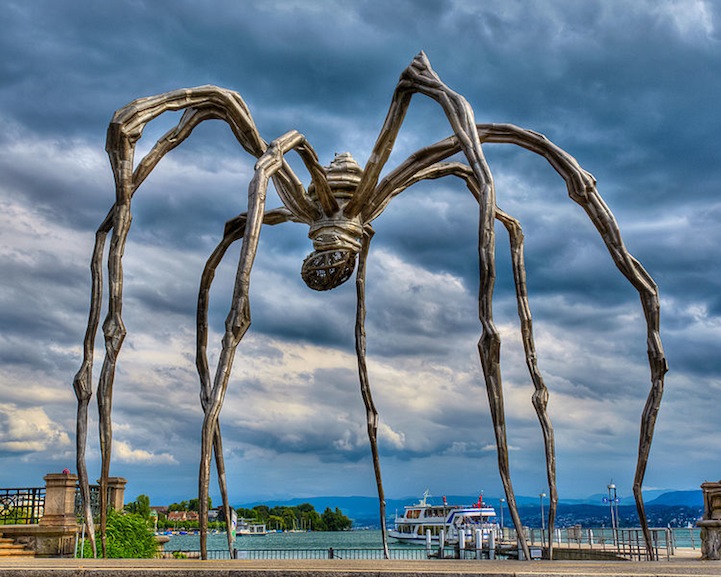 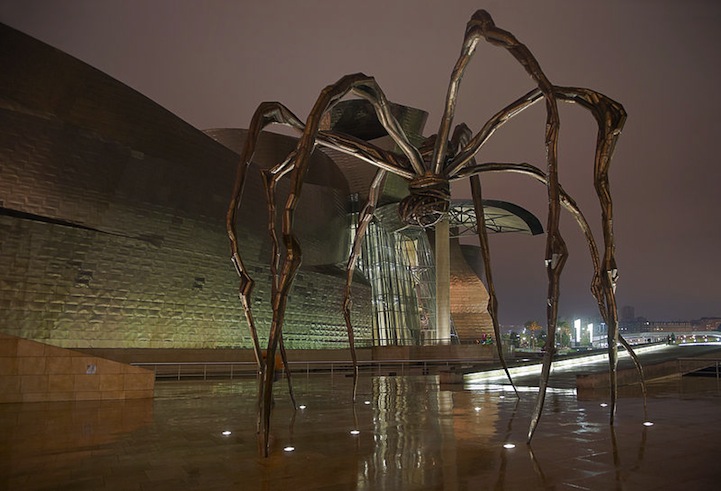 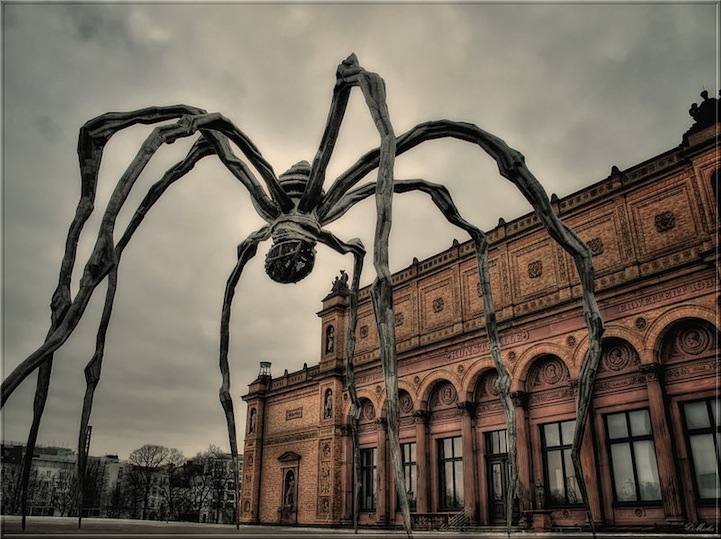 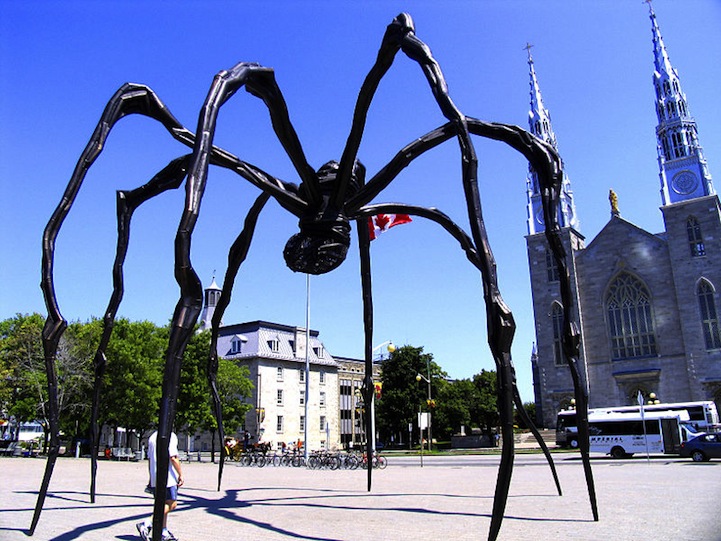 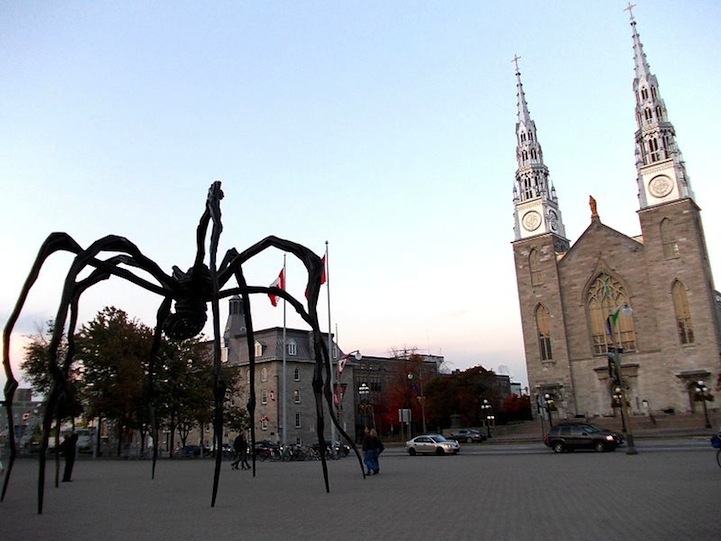