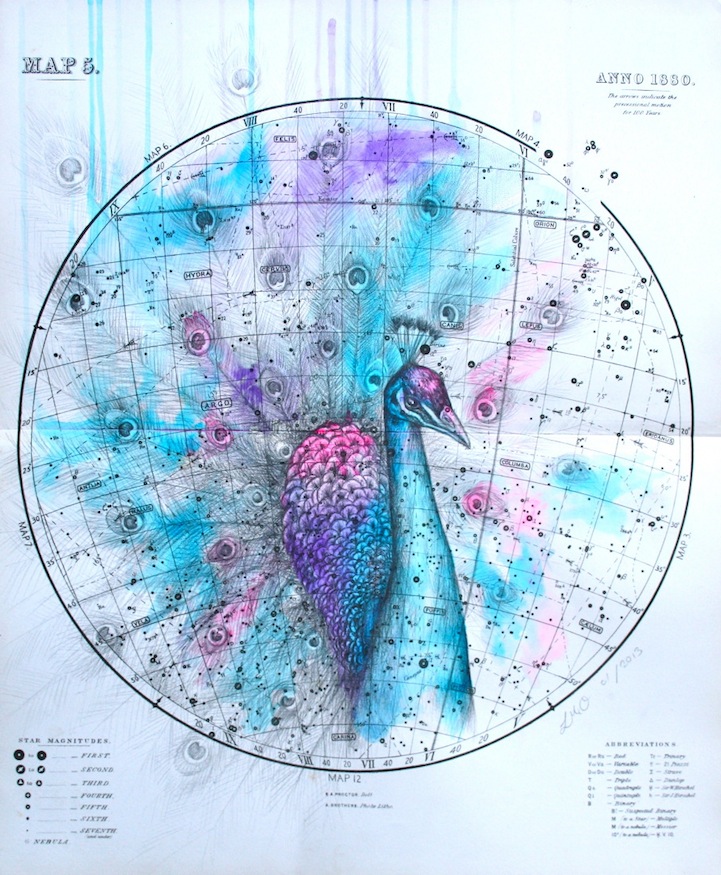 Painter Louise McNaught is fascinated with nature, an admiration that comes through in many of her paintings. With a soft, simple style, the artist mainly paints animals who appear otherworldly and, what she describes as, “ethereal in their luminescence.” The drips of paint that stream off of the animals' bodies are McNaught's subtle commentary on the ever-growing concerns of environmental deterioration and destruction.

In Heavenly Bodies, the artist paints a series of birds set against detailed celestial maps. The birds, painted with fluorescent paints, sit in direct contrast against the antiquated black and white drawings. McNaught says, “Forming a link between heaven and earth, conscious and unconscious, the bird is universally seen as a symbol for the soul–so it seems somewhat fitting to put them on a celestial map.” 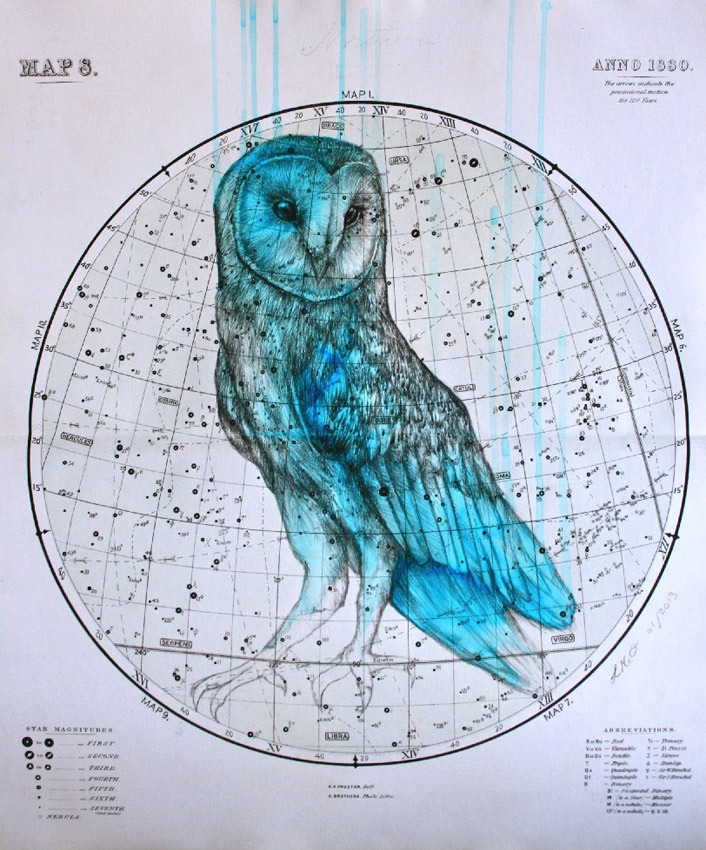 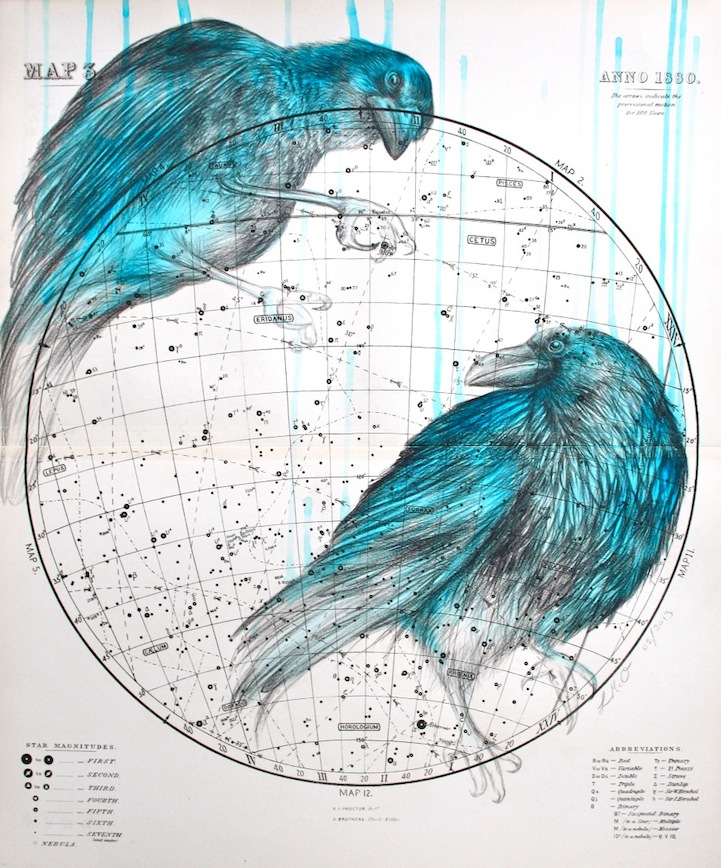 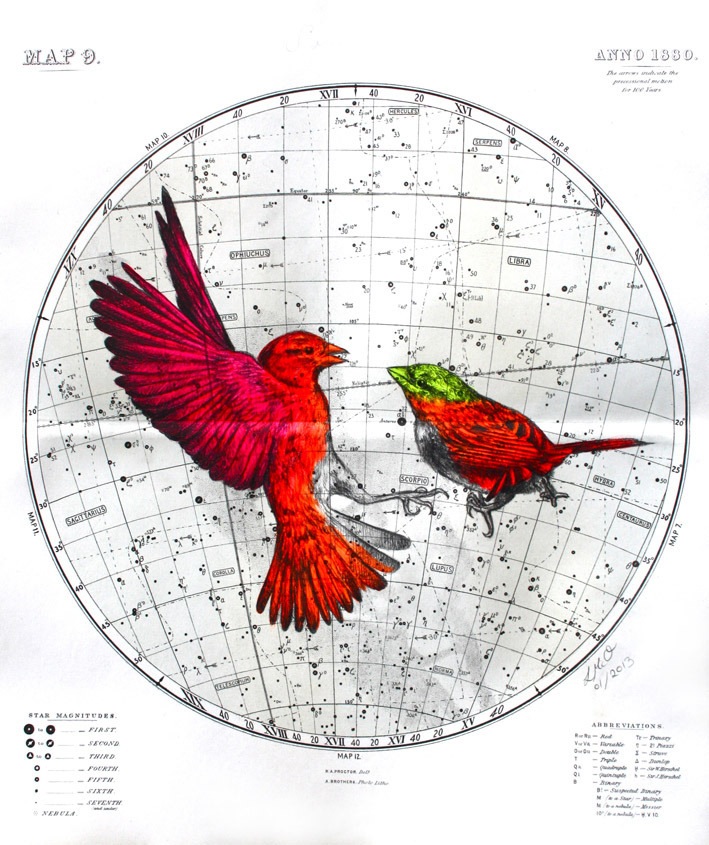 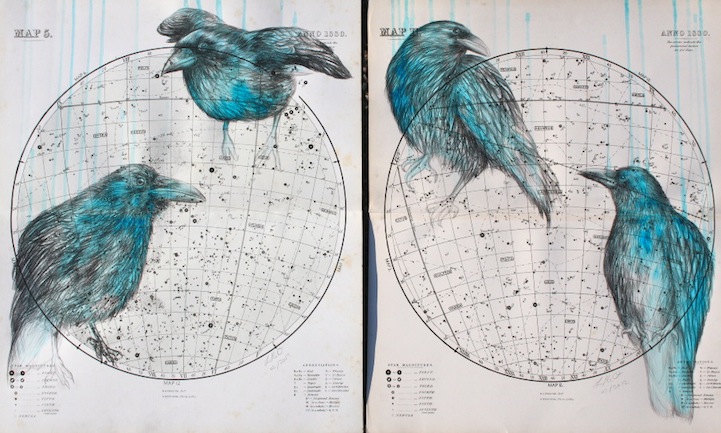 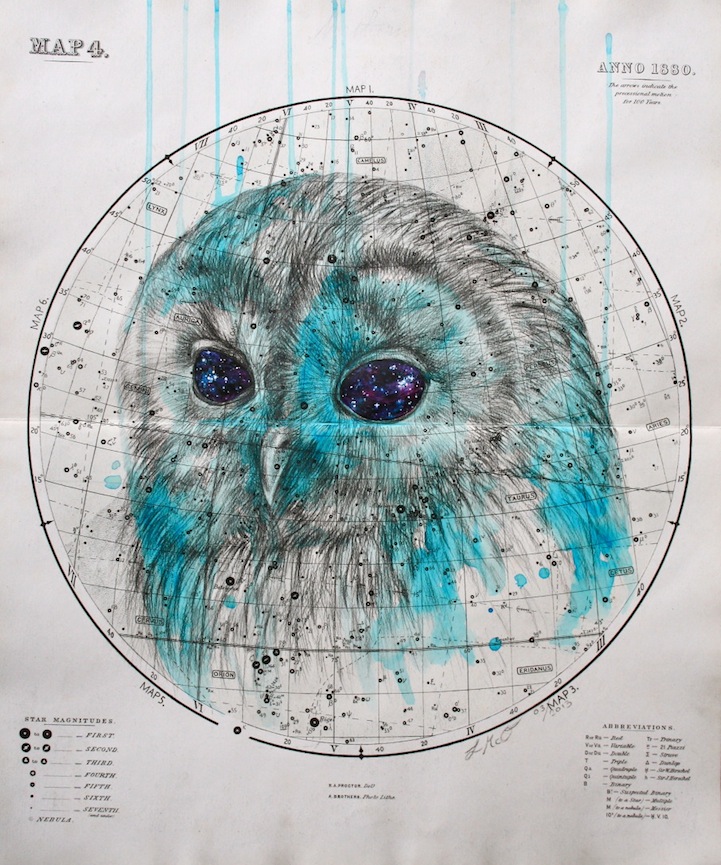 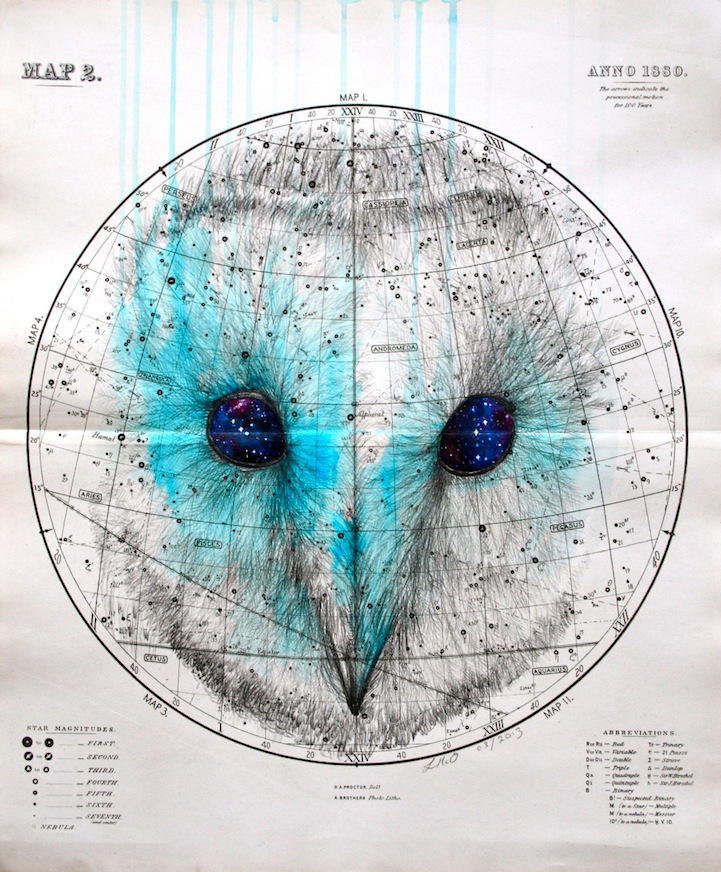