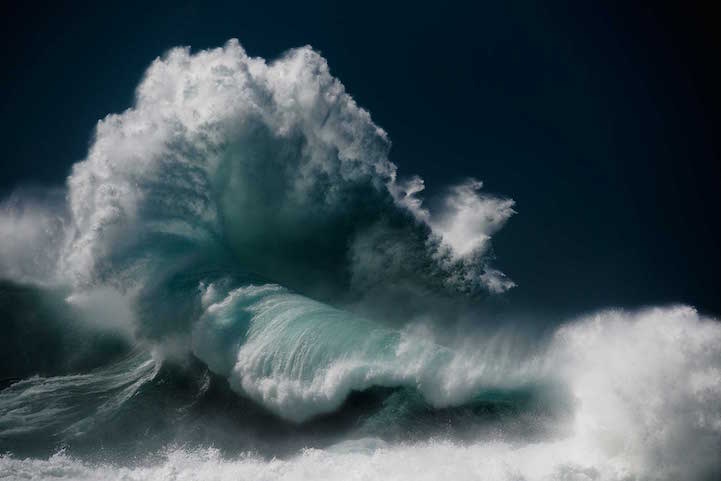 Photographer Luke Shadbolt captures the duality of nature–its ability to create as well as destroy–in a striking series called Maelstrom. Focusing on ocean waves, the Australian photographer highlights their stunning power at moments when they're about to crash into the water. These fleeting white-capped crests–standing between 50 and 100 feet high–are awe-inspiring as they display the immense power that Mother Nature holds. With such beauty comes chaos, however, and it's evident that the force they produce will affect all that surrounds them.

Photographing this series was pure serendipity for Shadbolt. “I'd just taken a quick lunch break when the set that created this confusing formation rolled in,” he told Monster Children. “I saw it peeking out on the horizon and mid-bite, leapt over a bunch of dubious looking rocks to get back to my camera.” Once he got his bearings, he started shooting. “It's definitely one of the more chaotic things I've seen happen in the ocean. After being mesmerized for a few moments, I took a look at the back of my camera and breathed sigh of relief, having managed to focus and frame in time to document this violent act.”

In many images, Shadbolt's framing creates abstract compositions that require some deciphering. This is intentional, according to Shadbolt. “I like the idea that the audience has to participate in the image to understand it, it's something that will keep you guessing as to how it all came about. Even witnessing them first hand was a confusing time.”Maelstrom is now on view at the Michael Reid gallery in Sydney until May 28, 2016. 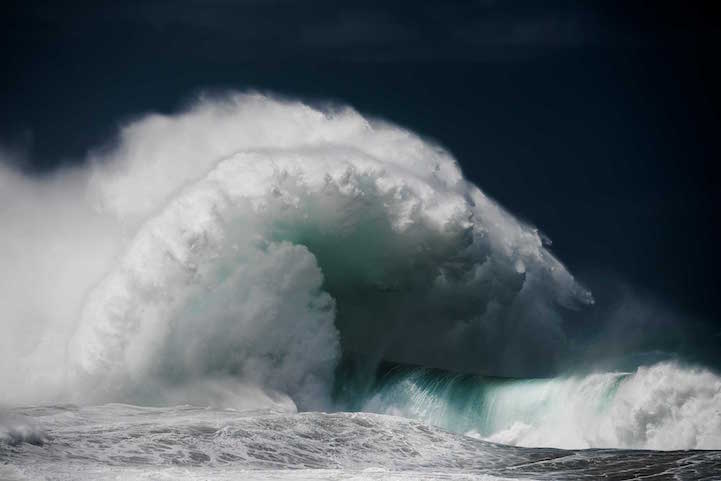 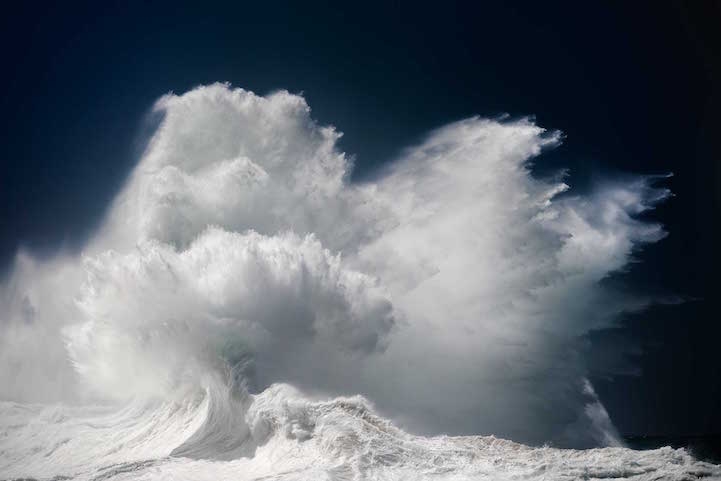 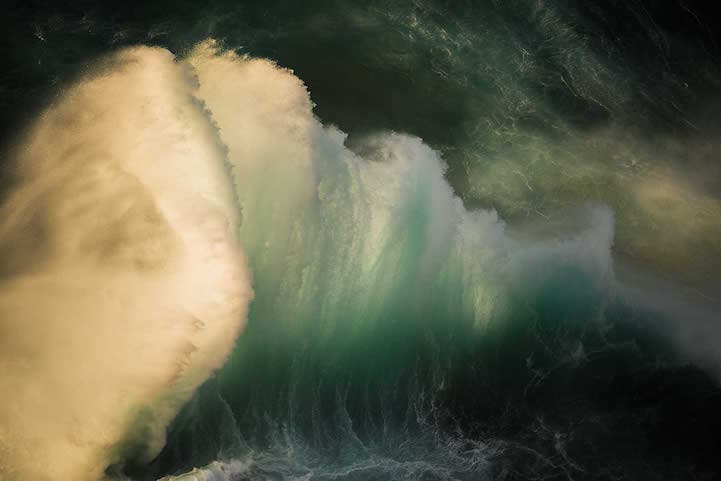 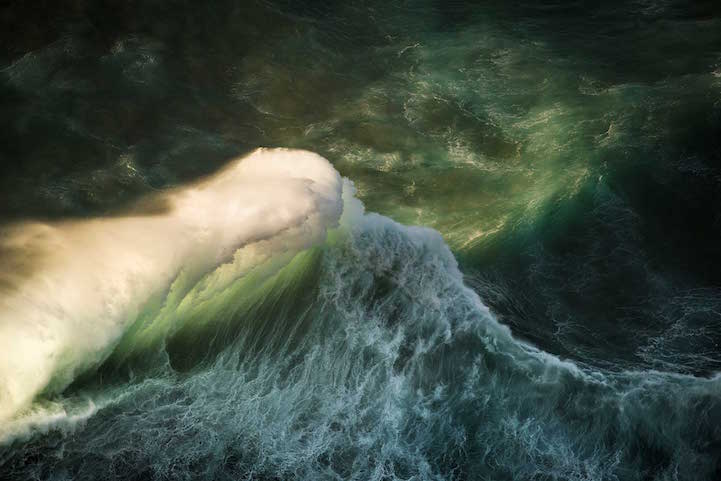 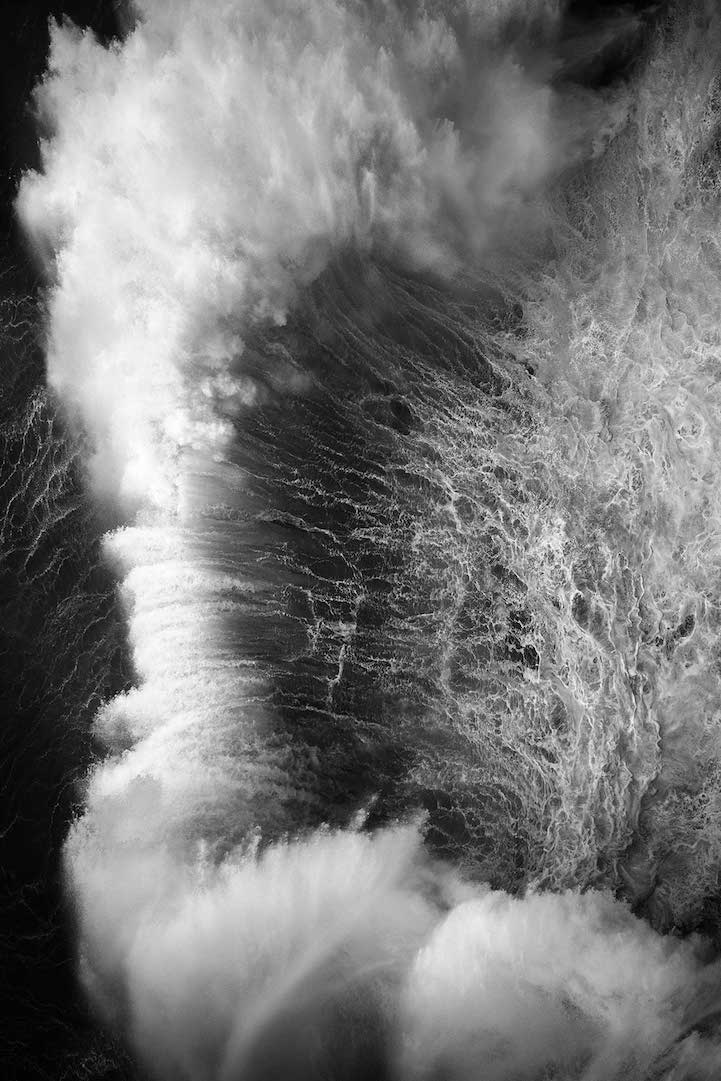 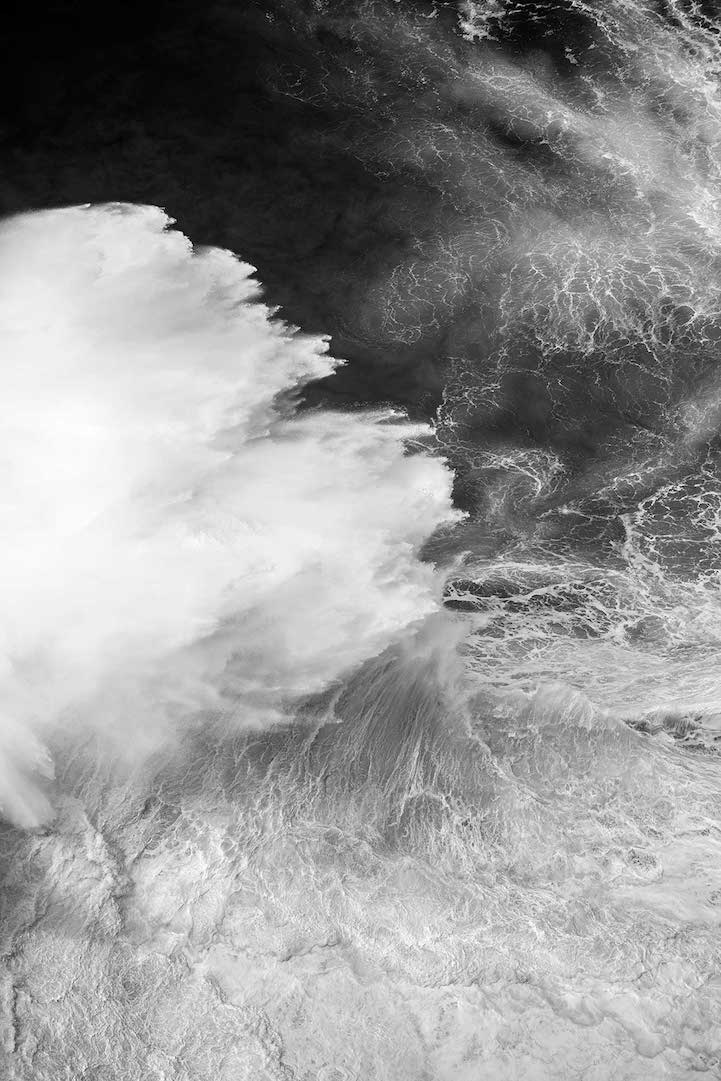 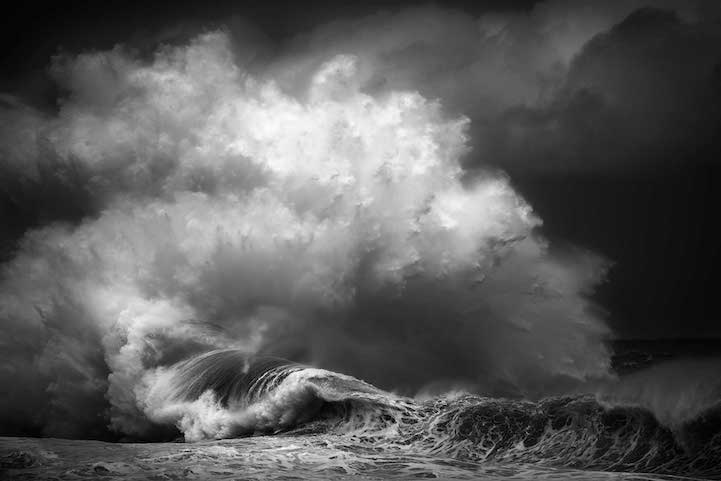