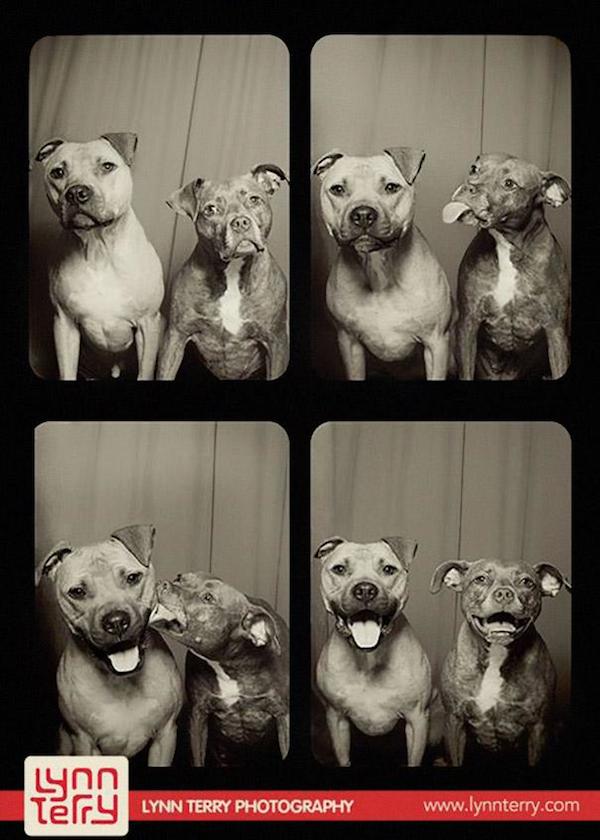 St. Louis, Missouri-based photographer Lynn Terry captured these priceless moments when she placed two pit bulls, Willis and Bumper, in a photo booth together. According to Terry, “They got right on set and started licking each other. I could instantly relate it to new lovers who stepped into the privacy of a photo booth and locked lips.” The owner of both pups confirms that this affection between them wasn't just for the camera. At home, Bumper (the “licker”) mothers Willis and is “constantly giving him kisses,” she says.

The love that these two dogs show is even more beautiful when you learn about their history. Bumper comes from a rougher area of St. Louis, where she was rescued from a dog fighter by a local pit bull rescue organization called Mutts n Stuff, and then later adopted by her current owner. A couple years later, the family also adopted Willis, who was born just a few weeks after his mother had been rescued during the largest dog-fighting ring bust in history in 2009.

Terry likes working with pit bulls because “they are the underdog and I want to do what I can to change public opinion about the breed.” They also “make some of the best faces,” she adds, as you can see from the photo above and the photo below, which shows two more pit bull rescues Tucker and Petunia smooching in a photo booth. In addition to these photos of pit bulls, Terry also shot a Valentine's Day photo booth of even more dogs, whose photos can be seen below. 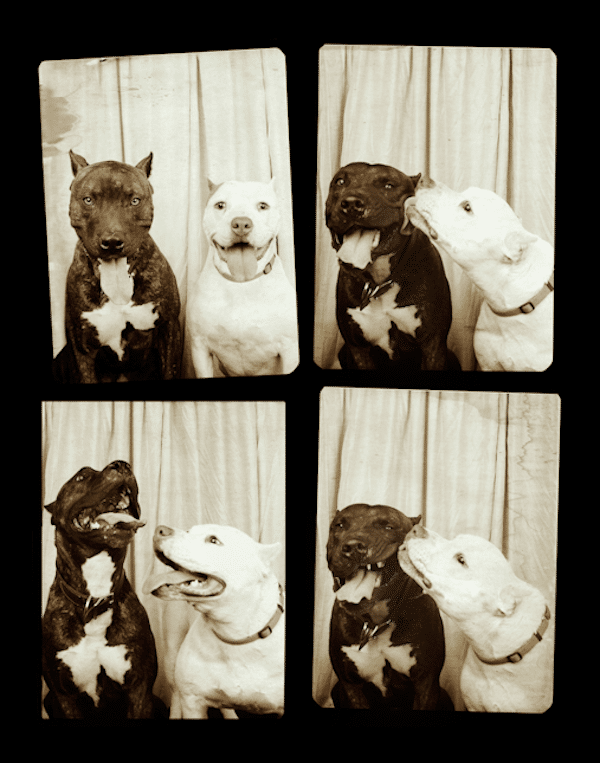 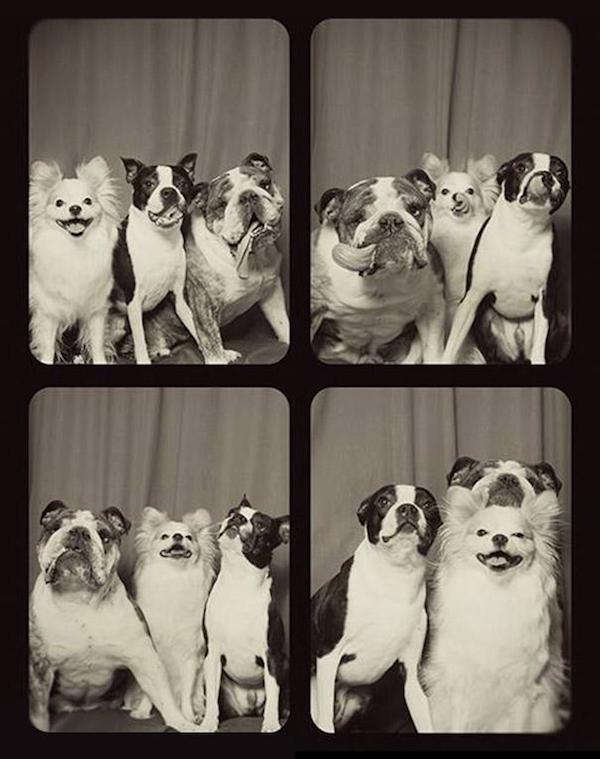 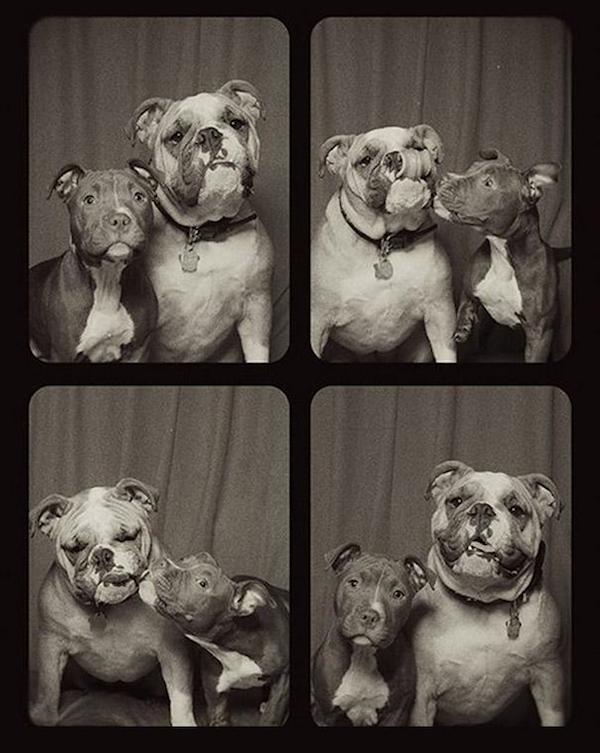 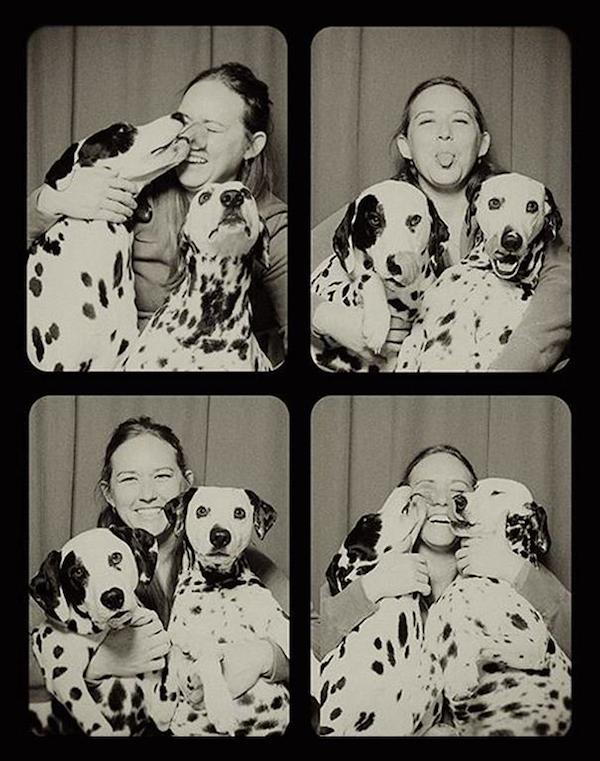 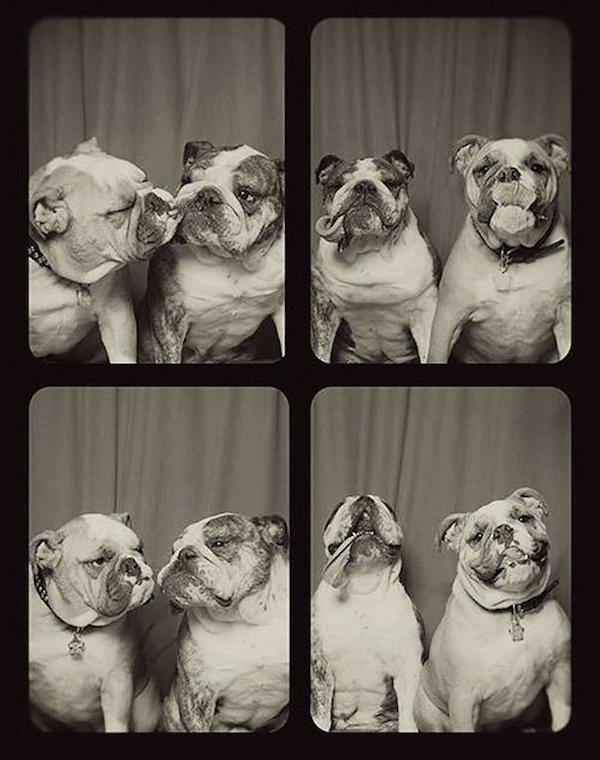