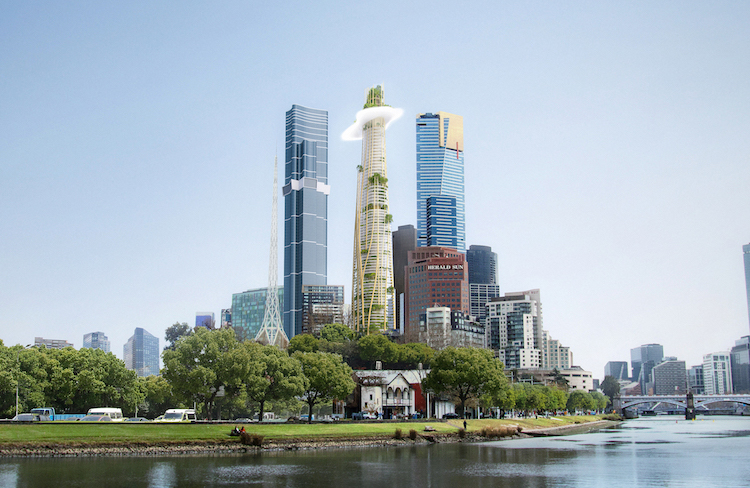 Beijing-based MAD Architects earned themselves a place on the shortlist of the Southbank by Beulah competition with a green skyscraper that towers over the city of Melbourne. Twisting up as a single tower, MAD's skyscraper is a multipurpose vision that spreads visitors across multiple levels while attempting to connect them with nature.

The international competition called on architects to conceptualize a mixed-use lifestyle area, with space for retail, residences, a 5-star hotel, cultural areas, and green spaces. To meet the challenge, MAD conceived a skyscraper that mimics organic forms, with wood timber beams twisting up the glass facade. Cantilevered to the tower, cloud-like orbs feed into the concept that the tower rises up like a mountain.

“Defying the typical glass, box-like buildings of Melbourne that appear detached from the city’s historic parks and natural local terrain, MAD’s organic design introduces a silhouette of natural forms—mountain, tree, cloud—into the dense city center, offering a distinct and iconic scheme for the skyline, that reconnects citizens with nature,” writes the Asian firm.

The lower retail levels of the building were conceived as a “mountain village” with vertically stacked green spaces that remove shoppers from the urban environment and place them in nature. The tower rises from this village like a tree, the wood beams mimicking its roots.

The cantilevered cloud not only allows unobstructed views of Melbourne, but also houses the public amenities of the hotel. Visitors can enjoy the restaurant, lobby, bar, and observation deck while taking in the cityscape. “Towards the edges, ‘the cloud' becomes translucent, emulating a real cloud so that it gives the sensation of air and lightness, becoming a blur as it blends into the sky.”

In keeping with their idea to create “a mountain in the city,” their design connects indoor and outdoor through a series of large open terraces, public art zones, and gardens.

Beulah International will be announcing the winner of the $1.4 billion competition on August 15, 2018. Five other teams that include top firms like BIG, coop himmelb(l)au, MVRDV, OMA, and UNStudio are also in the running for what will be Melbourne's tallest building once completed.

MAD Architects has conceived a “mountain in the city” as their bid to build Melbourne's tallest building. 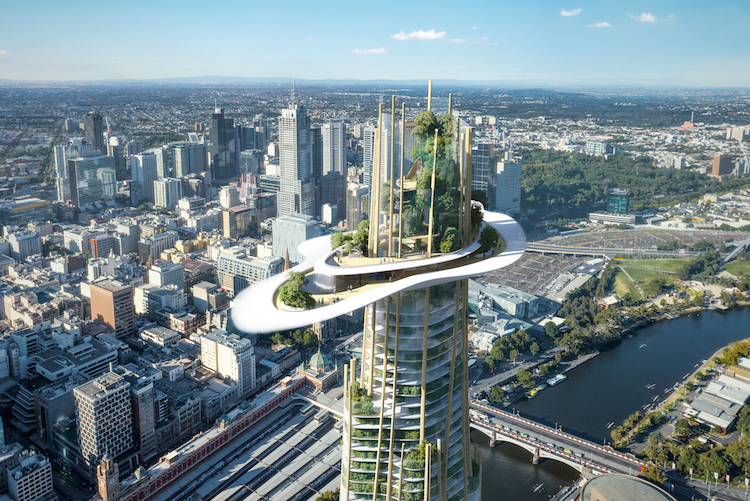 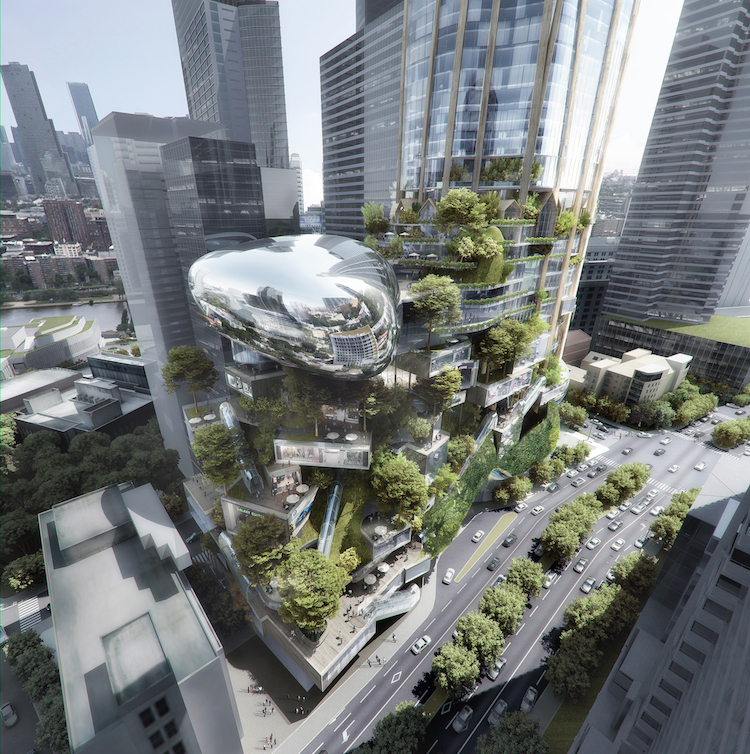 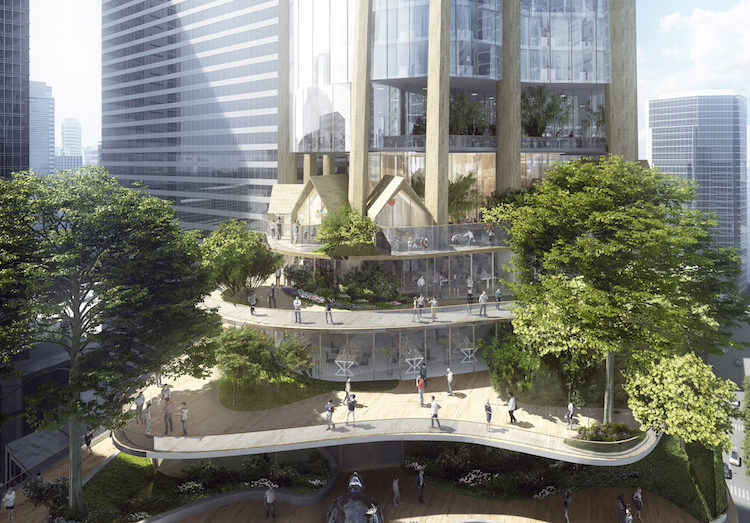 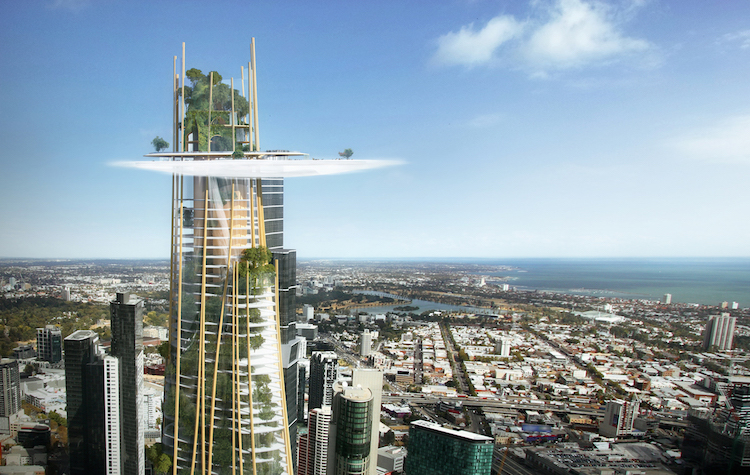 The multi-purpose skyscraper will include luxury apartments, retail spaces, and a 5-star hotel. 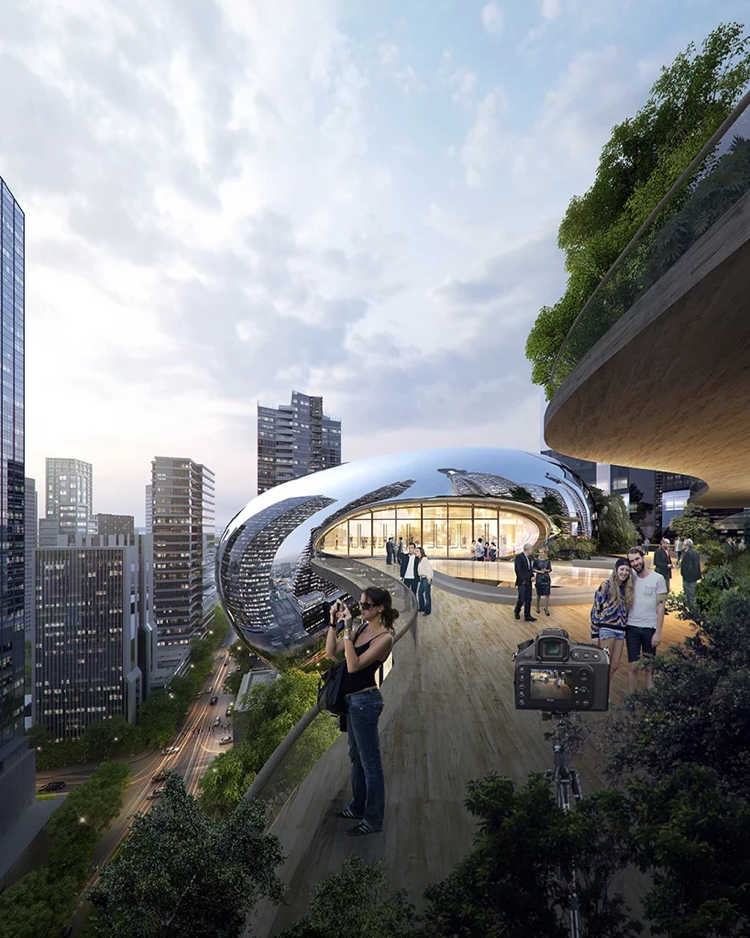 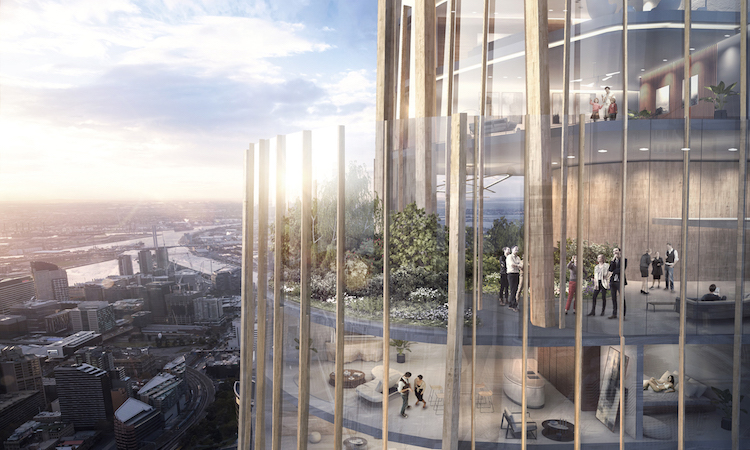 MAD draws on organic forms to help connect city dwellers with nature and integrate the building into the environment. 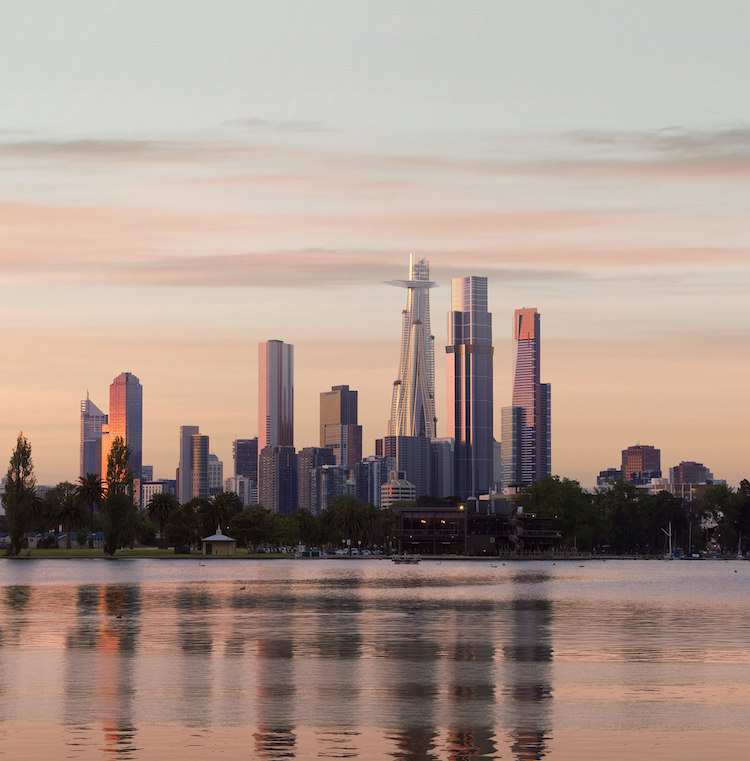 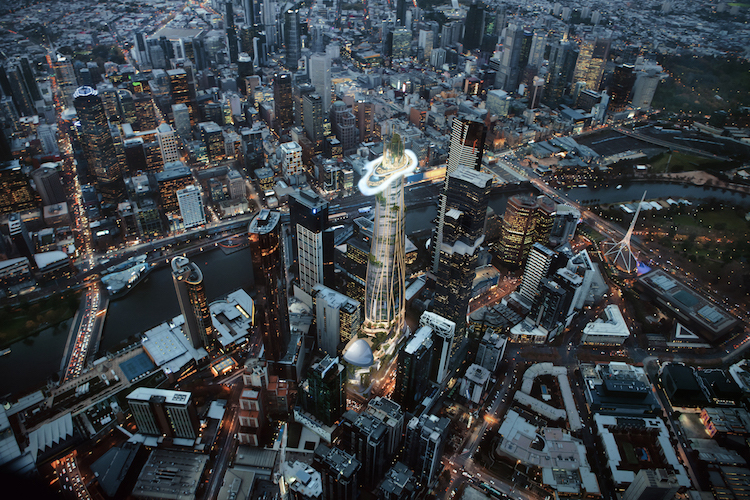 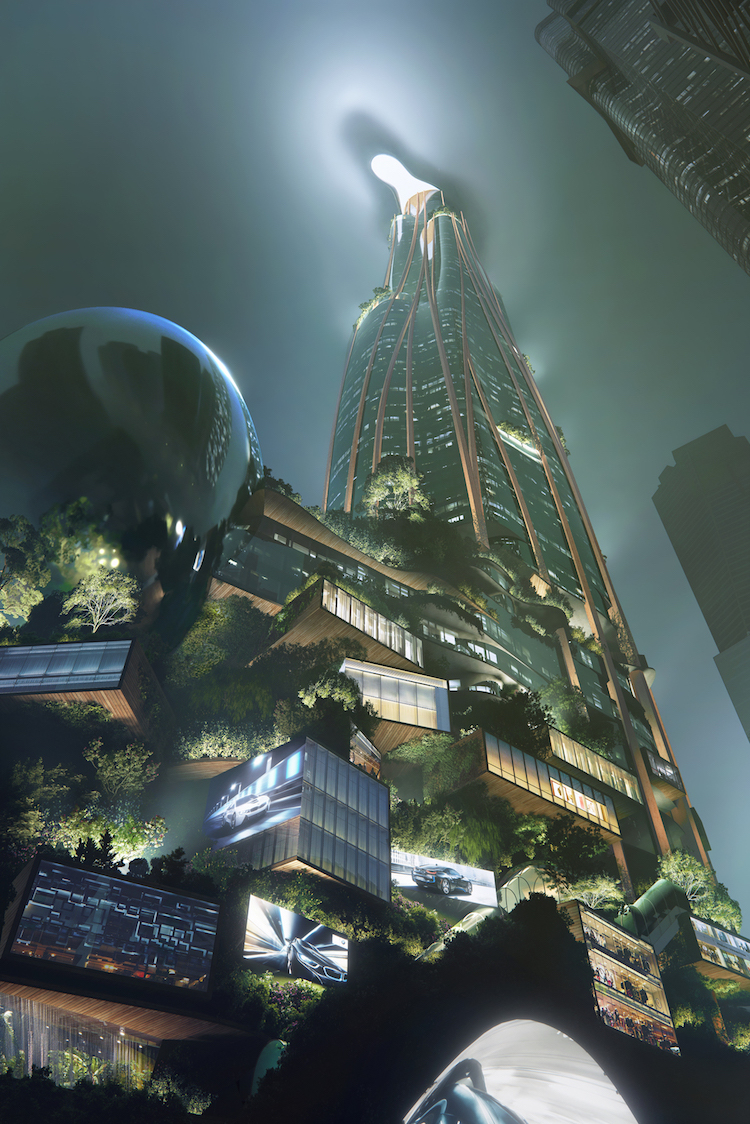 All images via MAD Architects.

Endless Skyscraper Proposes a Vertical City in a Single Structure