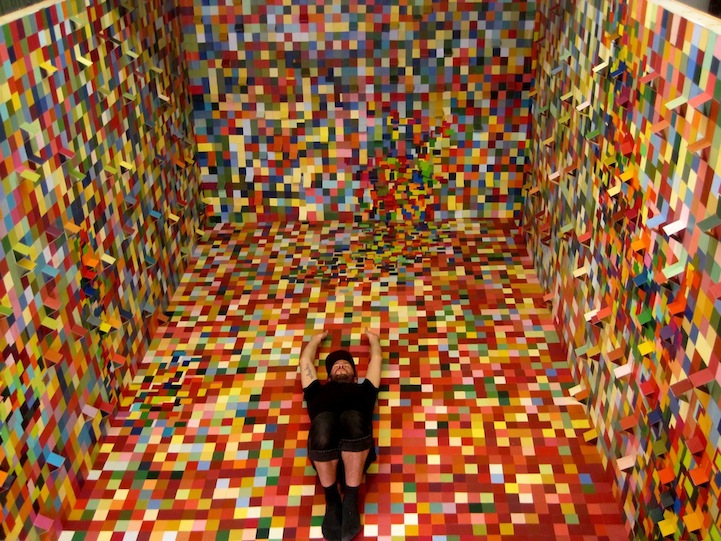 In doing so, she transformed the otherwise white walls and bare floor into a mesmerizing space. Anyone who chose to walk through the installation was consumed by the unorganized patterns of color. In the work, she also redefined the meaning of a single paint swatch which, when compiled together into a collective arrangement, became something entirely new. According to her bio, “Through her installations, Siraj seeks to challenge her audiences' standards of perception, recognition, and context.”

Oyster EB-12 was first installed at the California College of the Arts during their Craft Forward Symposium in 2011, and a second version of the installation, called Oyster EB-124, followed. 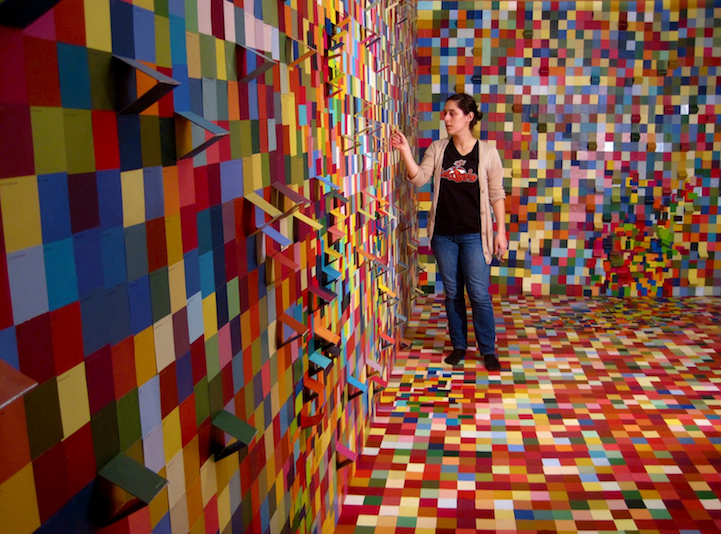 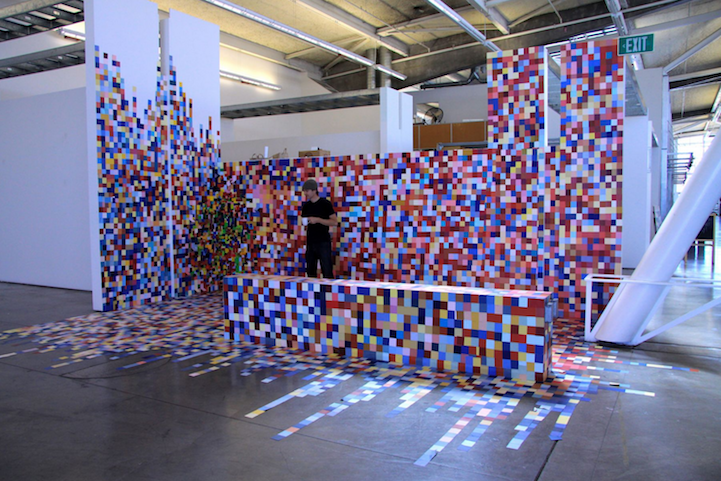 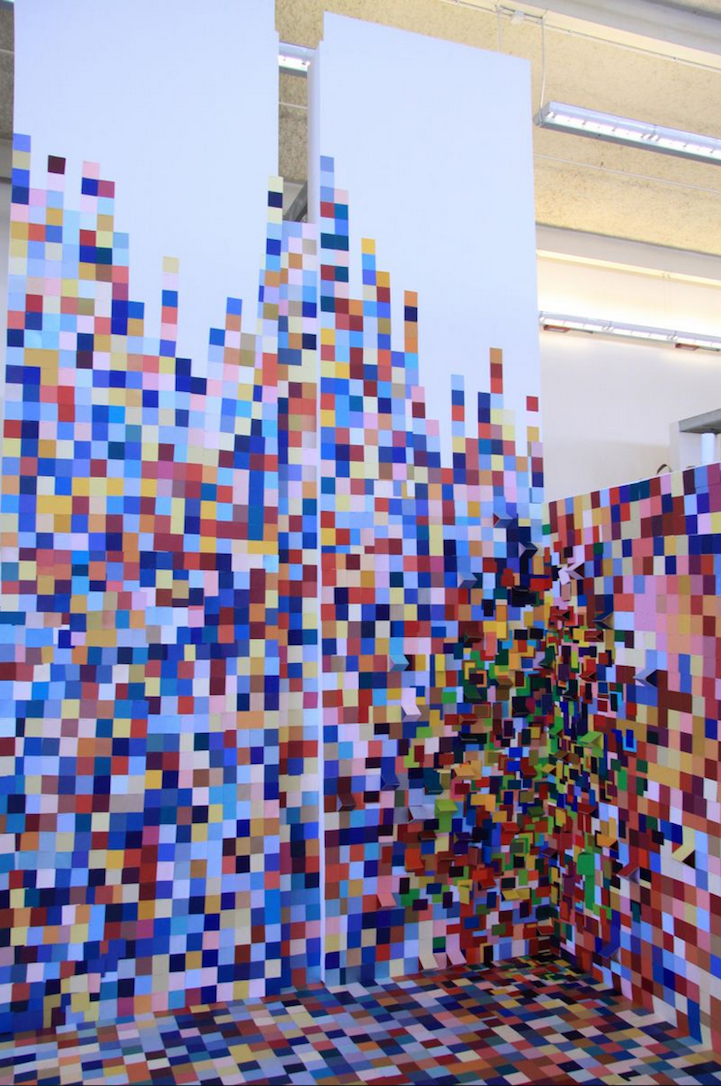 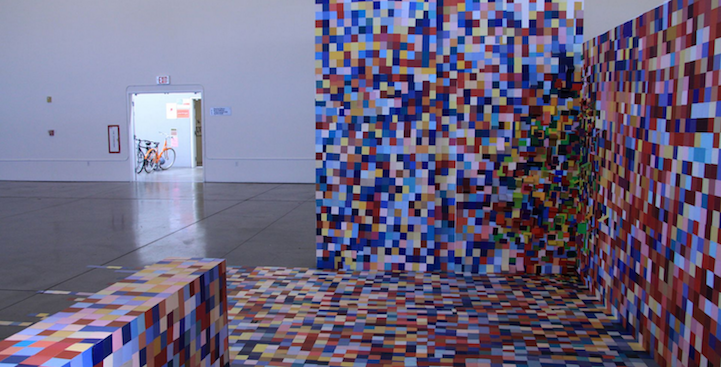