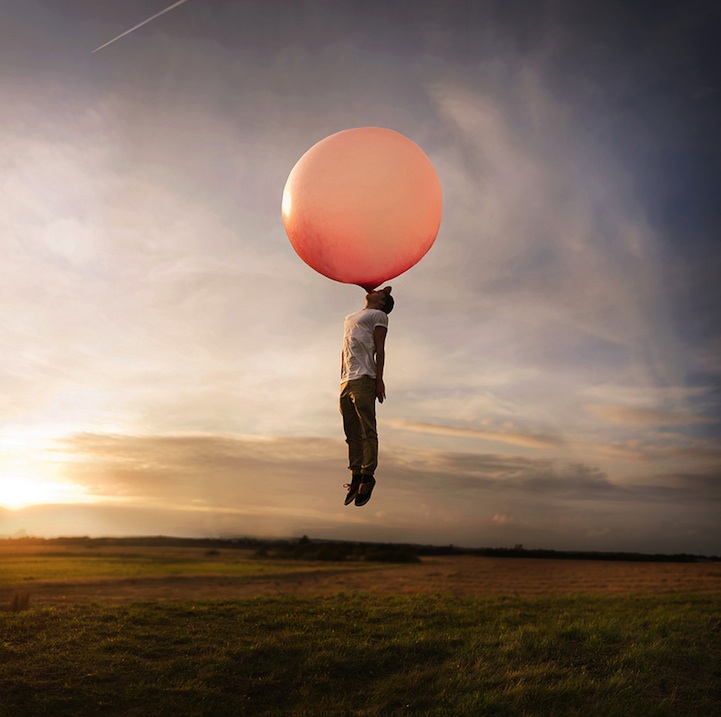 20-year-old photographer Marcus Mller Bitsch took this fantastically fun self-portrait called Up where he's floating away after having blown an incredibly large bubblegum bubble! Inspired by the Pixar movie Up, it's a light and magical photo that's beautifully well-executed. “This took a while to make, but only because I'm sooooo bad at blowing gum bubbles,” he states.

The photo is just one of several highly creative ones he's made in his 365 day project. Though he started it back in October 2011, he's now close to wrapping up. There's a lot of nice little gems to be found.

As you may recall, we listed Marcus Moller (aka Marcus MB on Flickr) as one of our top ten young and talented photographers to you keep you eyes on.

Drop by his Flickr page to also appreciate a few recent photos that were inspired by surreal artist Ren Magritte.