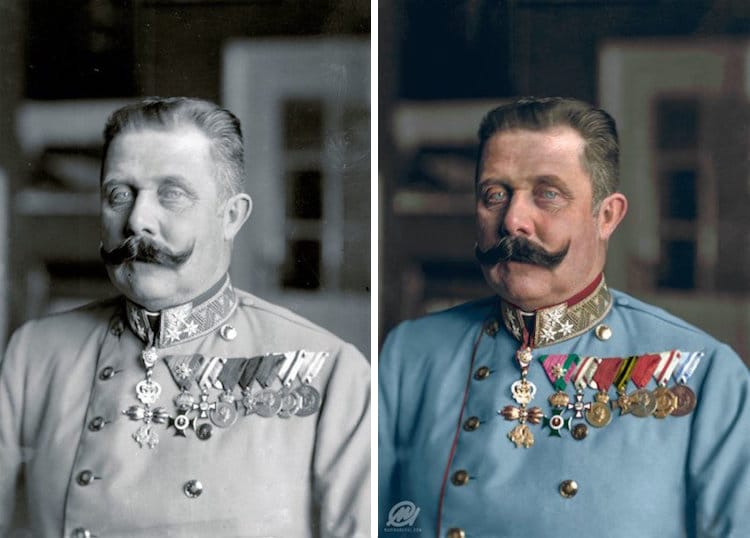 Brazilian artist Marina Amaral combines her love of history with creativity, creating colorized versions of historic photos. The 21-year-old artist can spend anywhere from a few hours to several months retouching each image in Photoshop.

Originally inspired by colorized photographs she'd seen on an internet forum, she decided to try the craft herself. And now, it's become a career. Calling herself a “very curious and creative person,” Amaral does meticulous research before beginning her work in Photoshop. “Research is essential,” she shares. “I never start a job without having gathered as much information as possible, because that's what makes the colors historically accurate.”

Czeslawa Kwoka, a 14-year-old Polish girl the Auschwitz concentration camp with her mother in 1942. Both died within three months.

The final colorized photos are formed from hundreds of Photoshop layers that create the atmosphere and mood Amaral is after. Her work often focuses on historic images of conflict, soldiers of yesteryear made alive through her colors. A series of portraits of 14-year-old Czeslawa Kwoka, who died in the Auschwitz concentration camp in 1942, is one of her most meaningful images. “Every day I get messages from people saying that they were able to truly understand the Holocaust only after seeing this image in color. That's always been my goal, so I feel really proud of it.”

Marina Amaral is known for her incredible skills at colorizing historic photos. 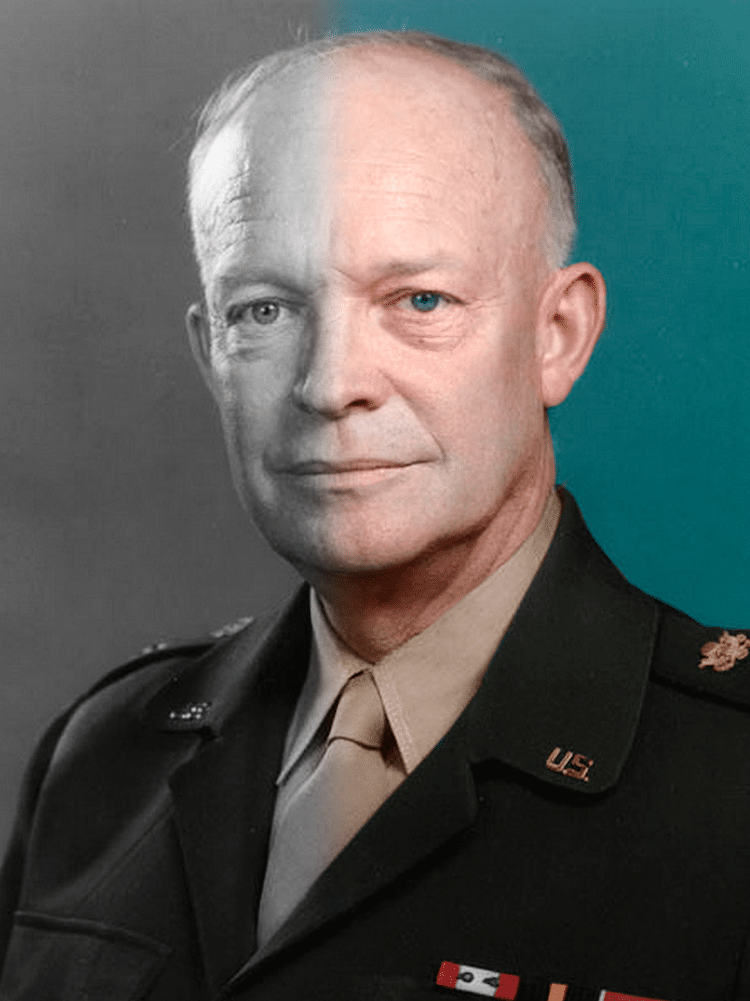 She often focuses on images of conflict, colorizing black and white pictures in a process that can take months. 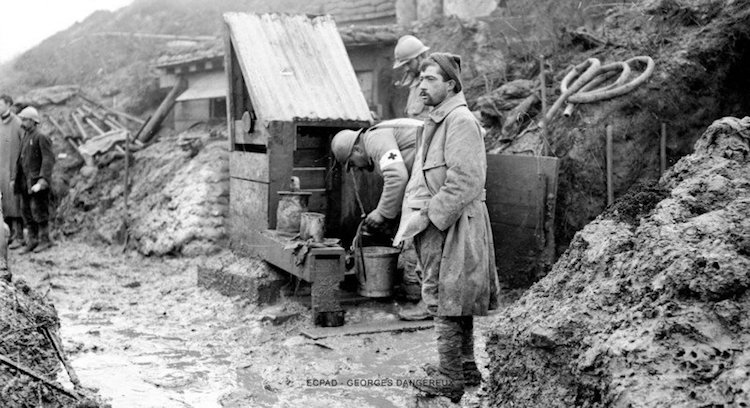 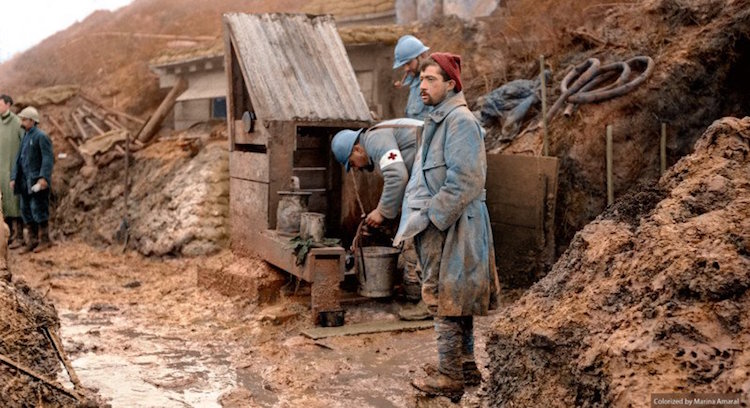 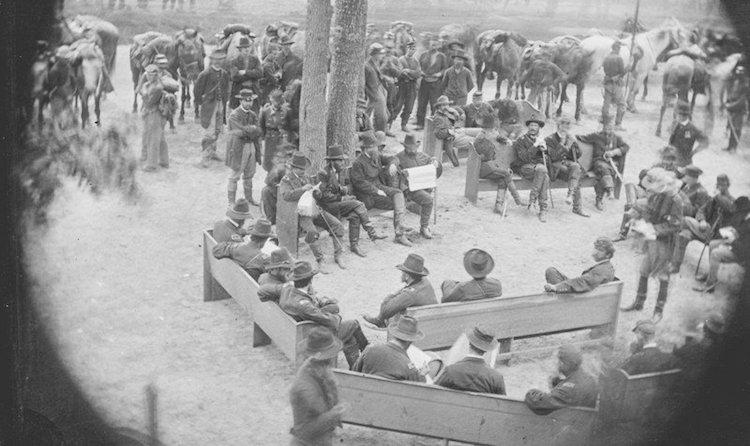 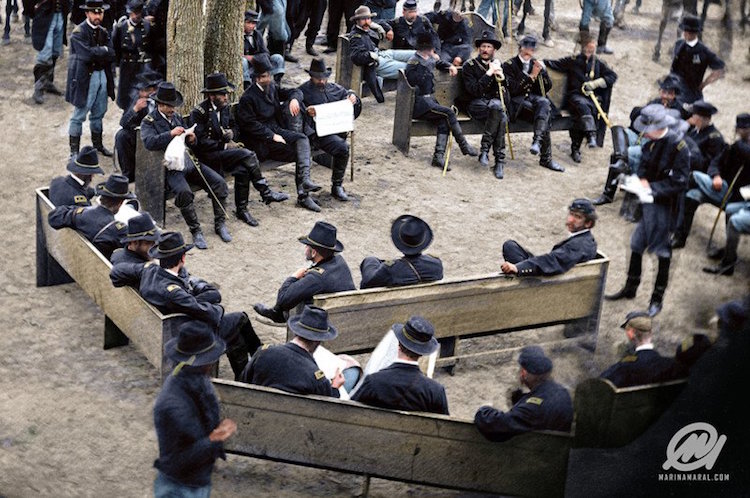 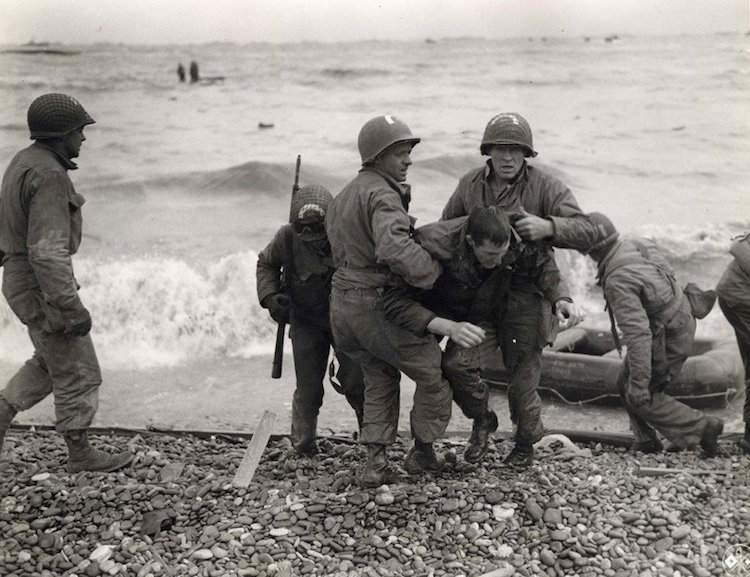 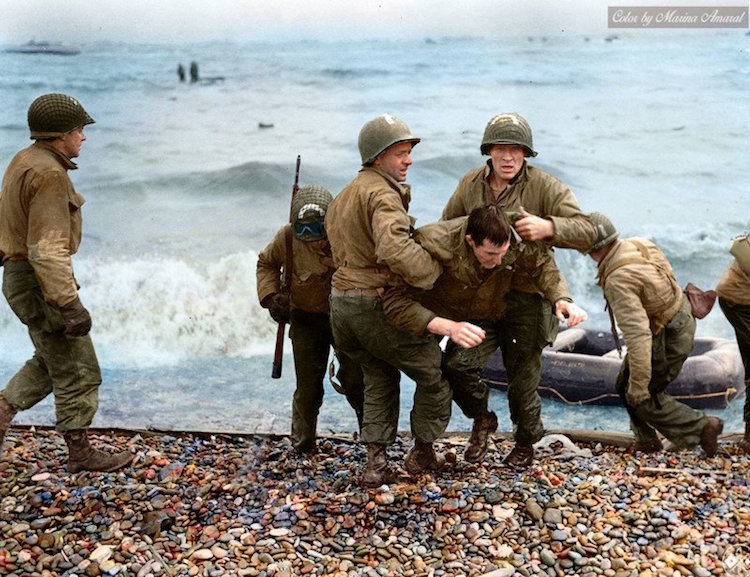 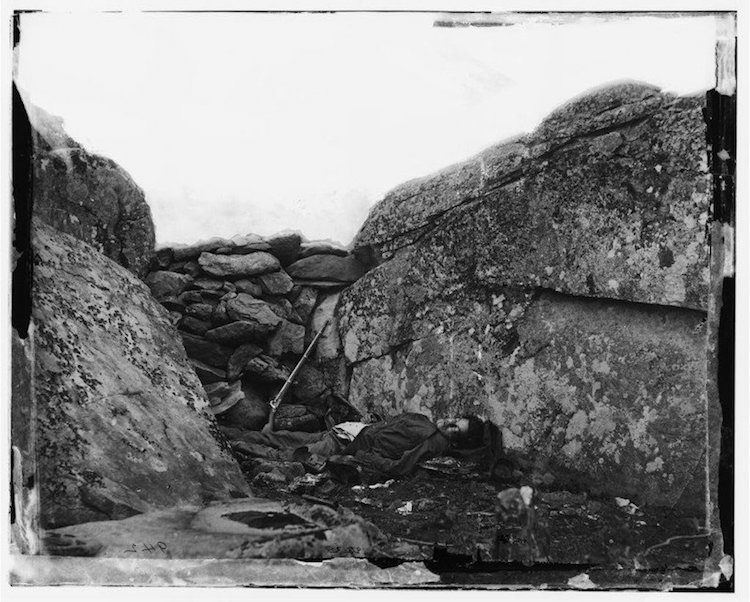 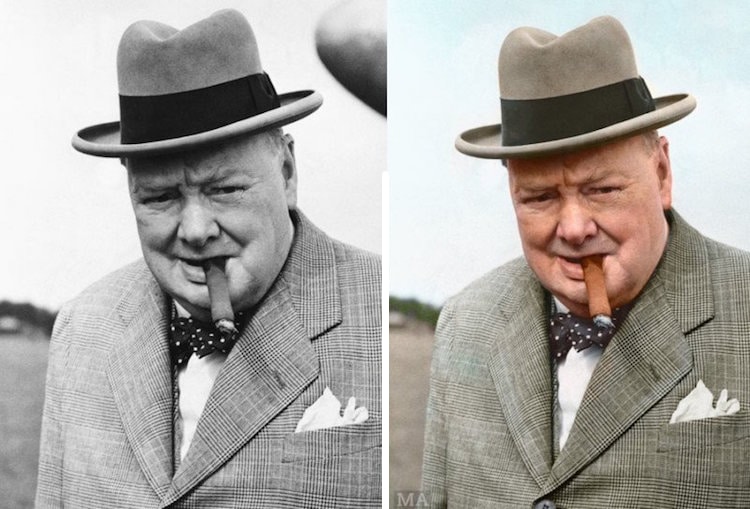 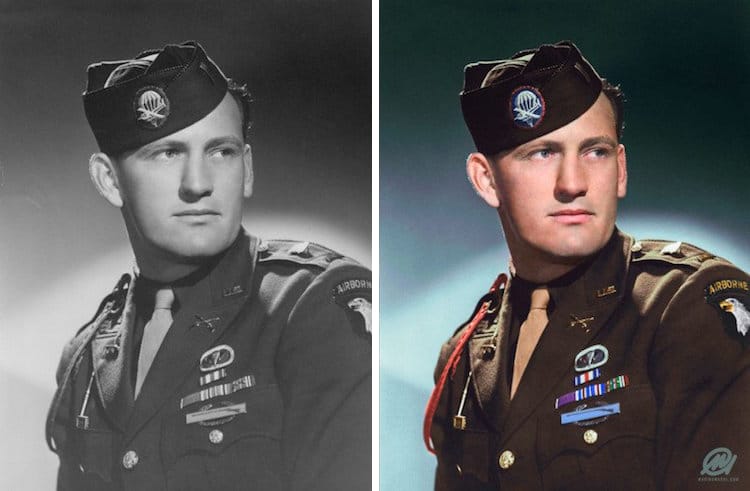 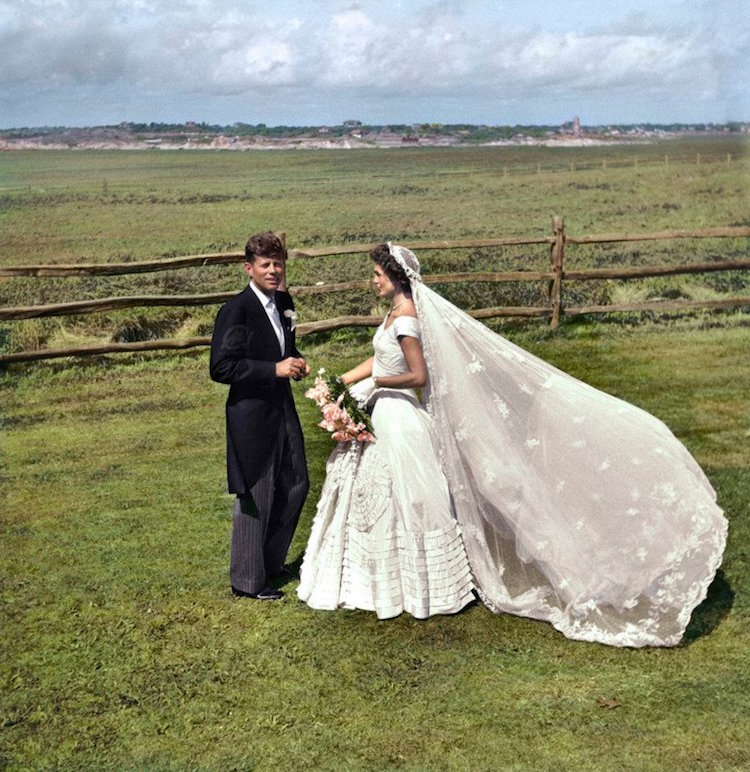 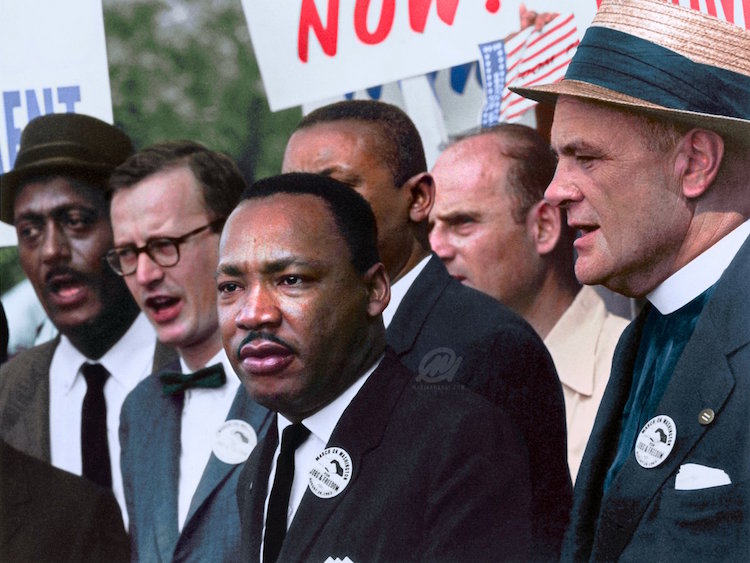 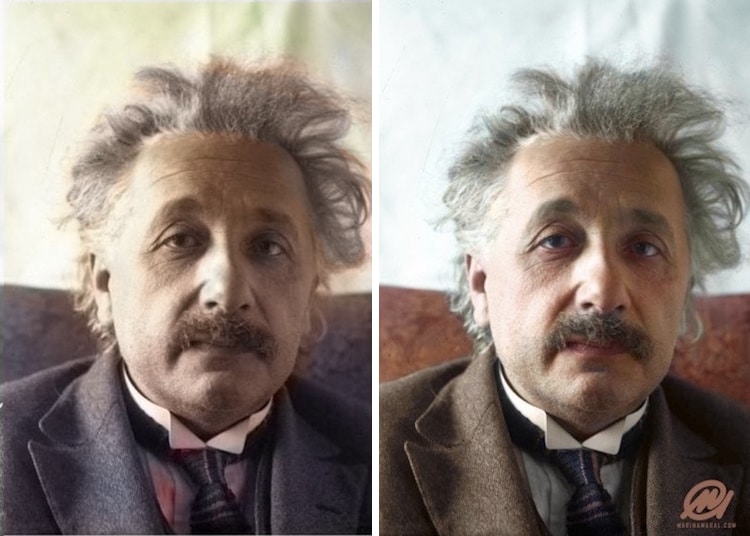 All images via Marina Amaral.