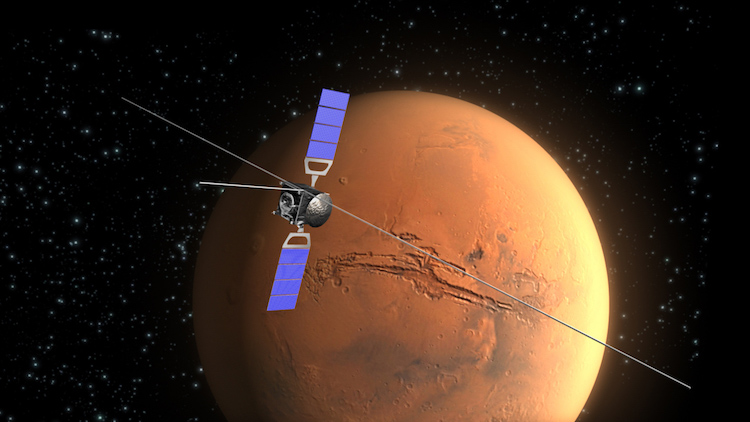 Researchers have made an incredible breakthrough when it comes to understanding Mars, with evidence pointing toward the existence of a large lake on the red planet's south pole. In a recent study, using data collected between 2012 and 2015 by the MARSIS radar, a group of Italian scientists concluded that there is a 12.4 mile-wide body of water sitting beneath a large glacier on Mars.

The underground lake is a minimum of 3 feet thick and is likely to be a sludgy, briny liquid. Just how did the researchers come to their conclusion? When analyzing the data, they noticed a strange pattern when radio waves were sent out by the radar over a particular area in the south pole. One section appeared to reflect the radio wave signals much more than the surroundings, an indication that they'd hit on water. Water has a much higher dielectric permittivity—a property for studying radar penetration—than ice. The increased reflection of the radio wave signals is a sign of a material with high dielectric permittivity, hence the conclusion. 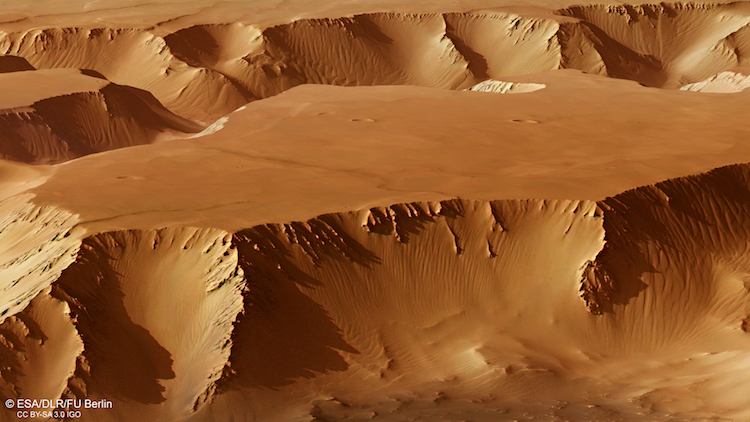 So what does this mean? Of course, this isn't the first time that scientists have thought Mars had liquid water at some point in its history. In 2004, NASA's Opportunity rover provided evidence of the presence of lakes on Mars billions of years ago and this research was extended by the Curiosity rover's mineralogy findings, but scientists are cautious to take the study at its word without further research. “What needs to be done now,” says Dr. Matt Balme from the Open University, “is for the measurements to be repeated elsewhere to look for similar signals, and, if possible, for all other explanations to be examined and—hopefully—ruled out.”

If further research does confirm the existence of the underwater lake, does this mean there could be life on Mars? It's possible. “Because the surface of Mars is so hostile, I wouldn’t be surprised if organisms lived deep down in the subsurface, especially if there’s a source of water nearby,” said Rebecca Mickol, an astrobiologist at the Naval Research Laboratory's Center for Biomolecular Science and Engineering. 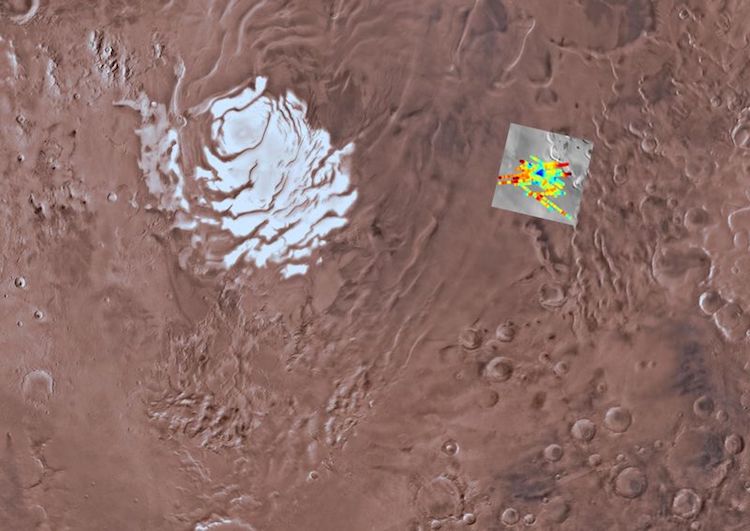 Whatever is living there—if anything is alive at all—it would need to be fairly resilient. First, researchers expect that the water is quite frigid—at its warmest it's still below freezing. The high salt content would keep it in liquid form at those extreme temperatures, as Mars is rich in perchlorate. Perchlorate is a salt used in propellors on Earth and is highly toxic to humans, but many microbes have no problem breathing the substance. However, even though they can breathe, there's not likely to be many food sources in the water. Nothing can be ruled out, as there is life on Earth that could thrive in those extreme conditions.

Fortunately, we'll know more soon thanks to NASA's InSight Lander, which plans to carry out geological studies when it lands in November.

Spectacular Single Image of the Earth and Moon Taken from Mars