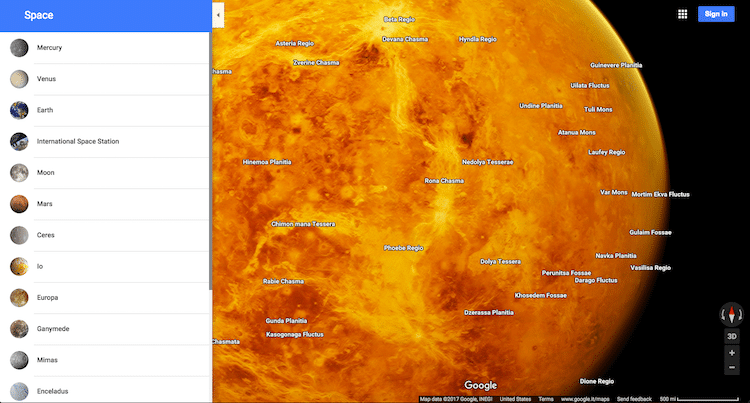 Google now lets you leap into space with new Google Maps feature that shows 16 different planets, moons, and the International Space Station. You can take a spin around planets like Jupiter, Venus, and Mars or marvel at the many moons of Saturn, with the help of images from the Cassini spacecraft.

“Explore the icy plains of Enceladus, where Cassini discovered water beneath the moon's crust—suggesting signs of life,” Google encourages on its blog. “Peer beneath the thick clouds of Titan to see methane lakes. Inspect the massive crater of Mimas—while it might seem like a sci-fi look-a-like, it is a moon, not a space station.”

While Google has hosted imagery of the Earth's Moon and Mars for quite some time, this is the first opportunity to view these celestial bodies directly in maps. Google worked with astronomical artist Björn Jónsson, who used imagery from NASA and the European Space Agency to put together the planetary maps. You can explore the planets by zooming in and out, spinning them around, looking out at the stars that surround them, and flying close to get a more detailed look at the terrain.

As you move closer to each planet or moon, significant areas and landmarks are labeled to help orient you. The system just launched, so there are still some kinks to work out. For instance, Emily Lakdawalla of the Planetary Society noticed that some of the moons appear to have errors with their labeling. She points out that the large Herschel crater on Saturn's moon Mimas, which gives the moons its distinct appearance, is labeled on the opposite side from where it should be. Luckily, she is in touch with Google and hopefully, these errors will be resolved quickly.

A new Google Maps feature allows you to explore 16 different planets and moons. 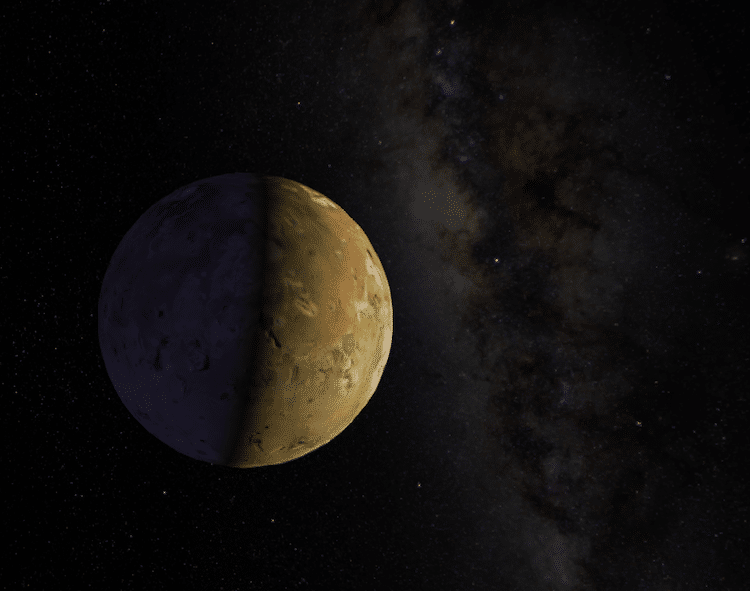 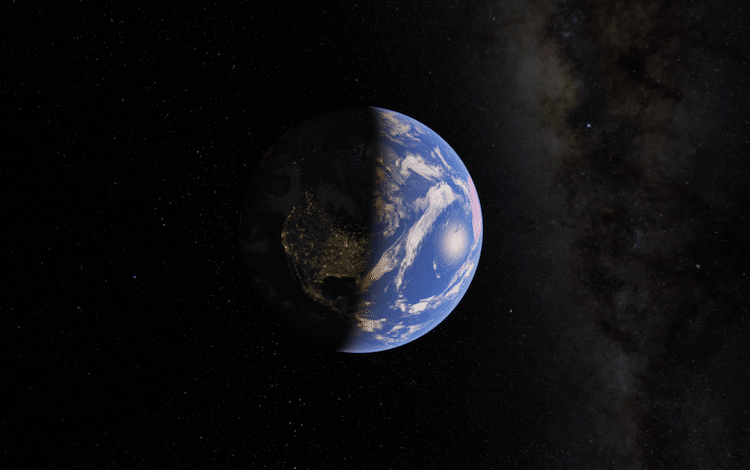 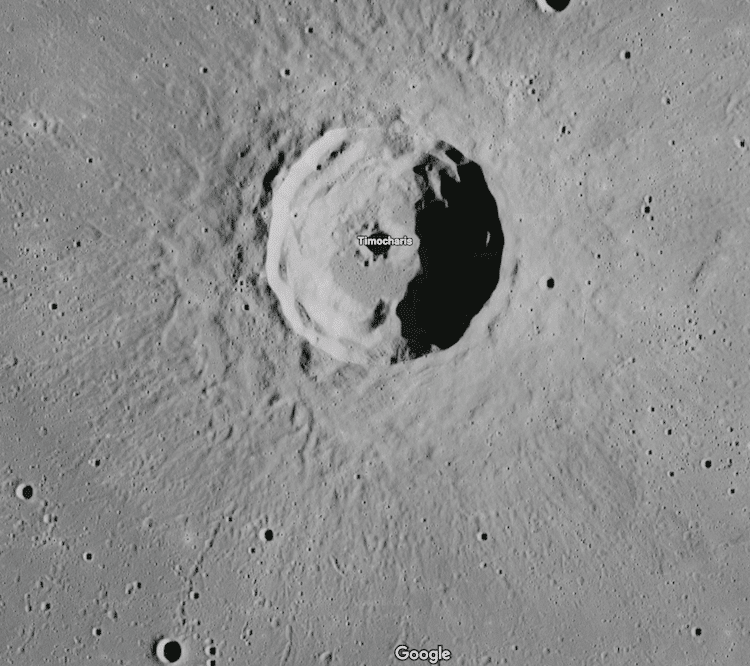 Close up detail of the Earth's Moon.

You can also get a look inside the International Space Station, which recently joined Google Street View. 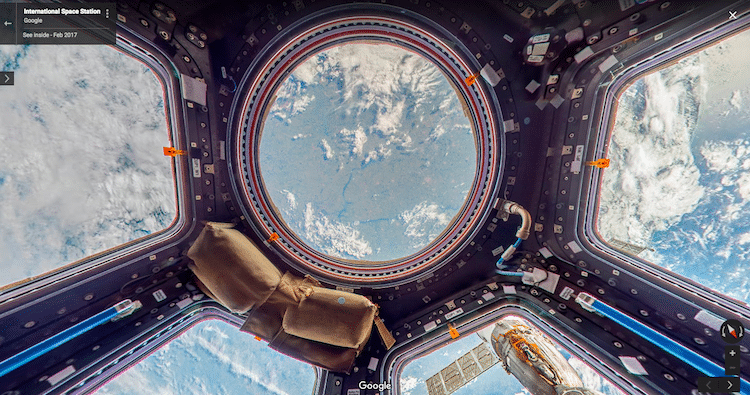