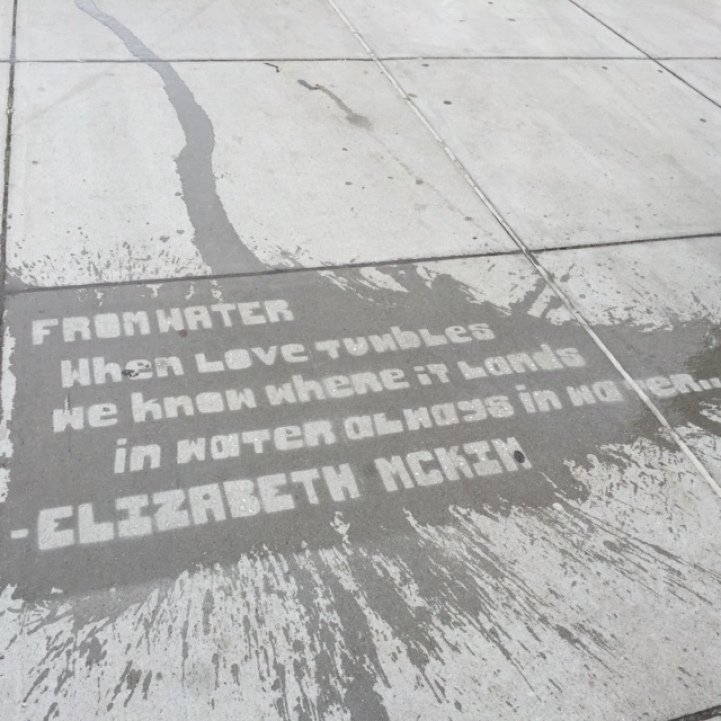 When it rains, it pours poetry on the streets of Boston. Nonprofit Mass Poetry is collaborating with Boston's Mayor's Office on an ongoing project called Raining Poetry, gradually spraying the sidewalks with secret sonnets and rhymes that reveal themselves only when the showers start.

Danielle Georges, the city's Poet Laureate, picked the first four poems for the series. She selected watery-themed works by Langston Hughes, Elizabeth McKim, Barbara Helfgott Hyett, and Gary Duehr, all of whom have played powerful roles in Boston's literary and cultural scenes. Each piece was made into a stencil by a local artist—including Lesley College of Art and Design students Morgan French and Marco Kienle, plus Artisans Asylum's Miles Donovan—and then installed starting in April by the Mayor’s Mural Crew, a city-sponsored youth group. They're using biodegradable water-repellant paint that's visible only when wet, so Bostonians who look down to avoid a drizzle in their eyes will be delighted by unexpected bits of verse below their feet.

So far, the stanzas are scattered around the downtown area, but the goal is to spread throughout the city's neighborhoods. As Georges explains, the poems are “meant for everyone. I think this is a wonderful way to bring poetry to the people.” It's a wonderful way to cheer up a dreary day, too, sparking smiles and inspiration in the face of even the gloomiest storm. 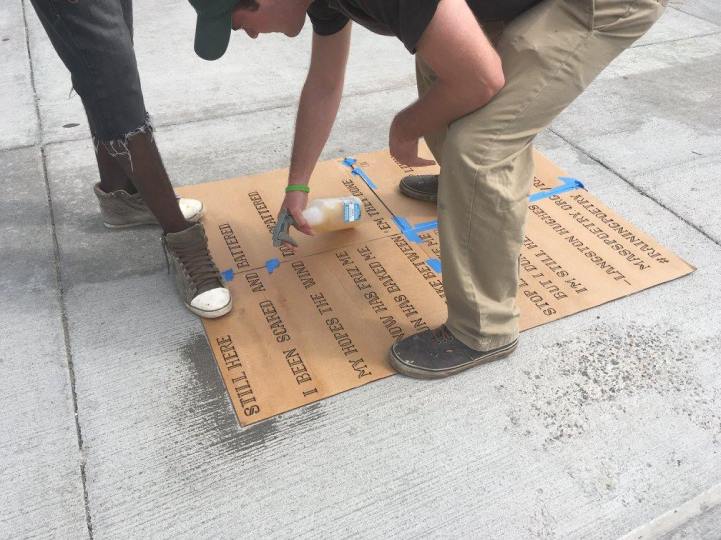 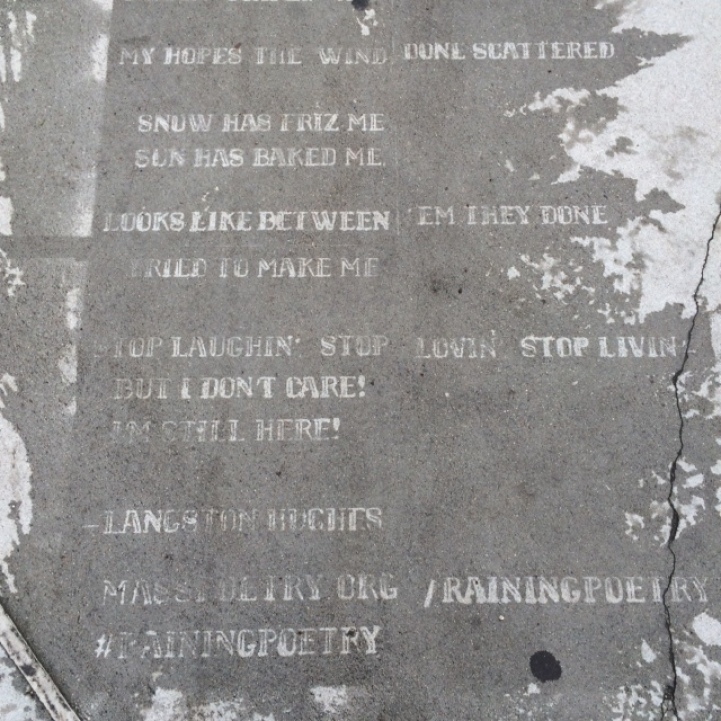 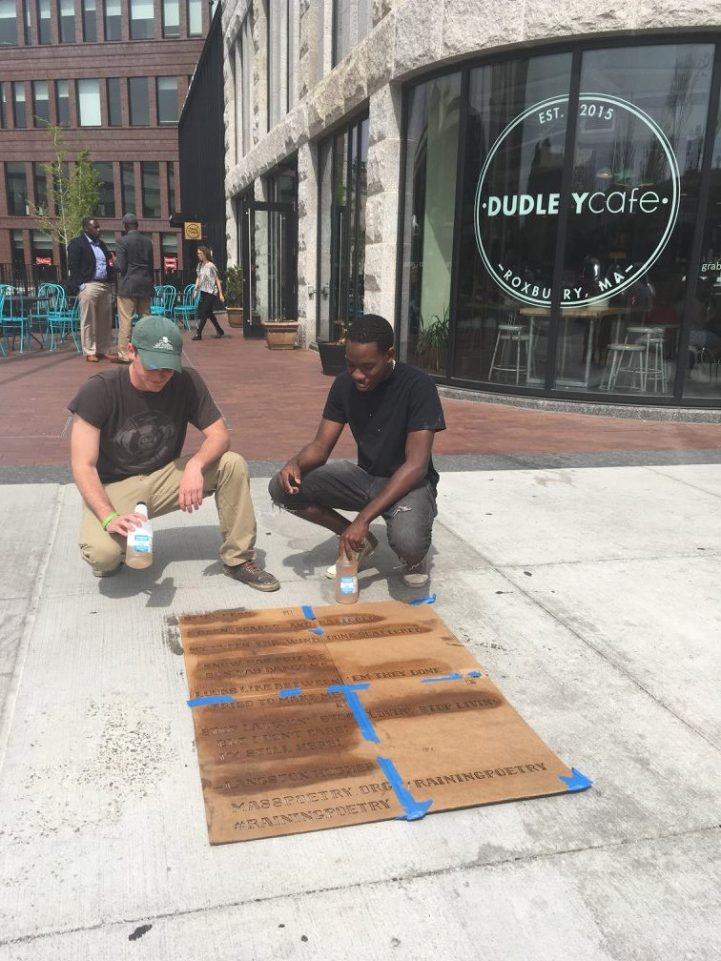 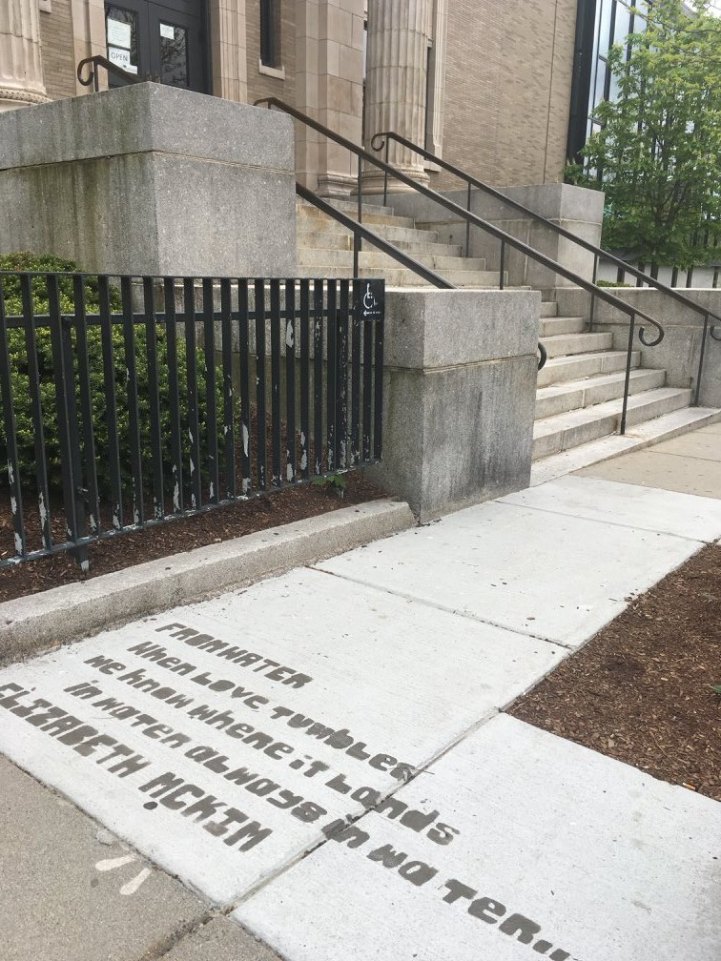 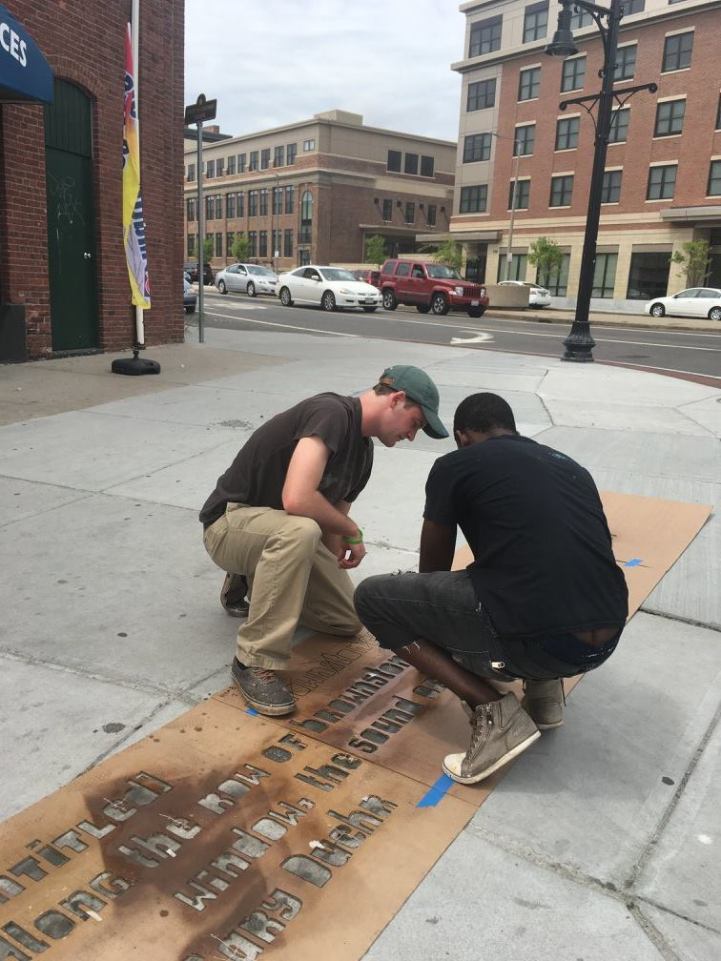 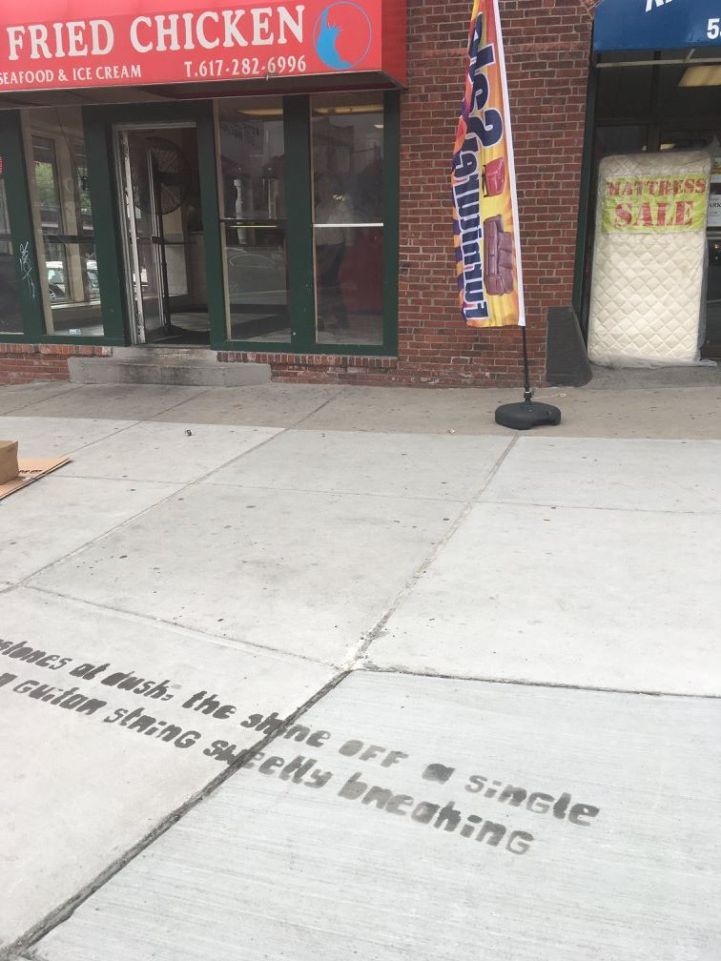 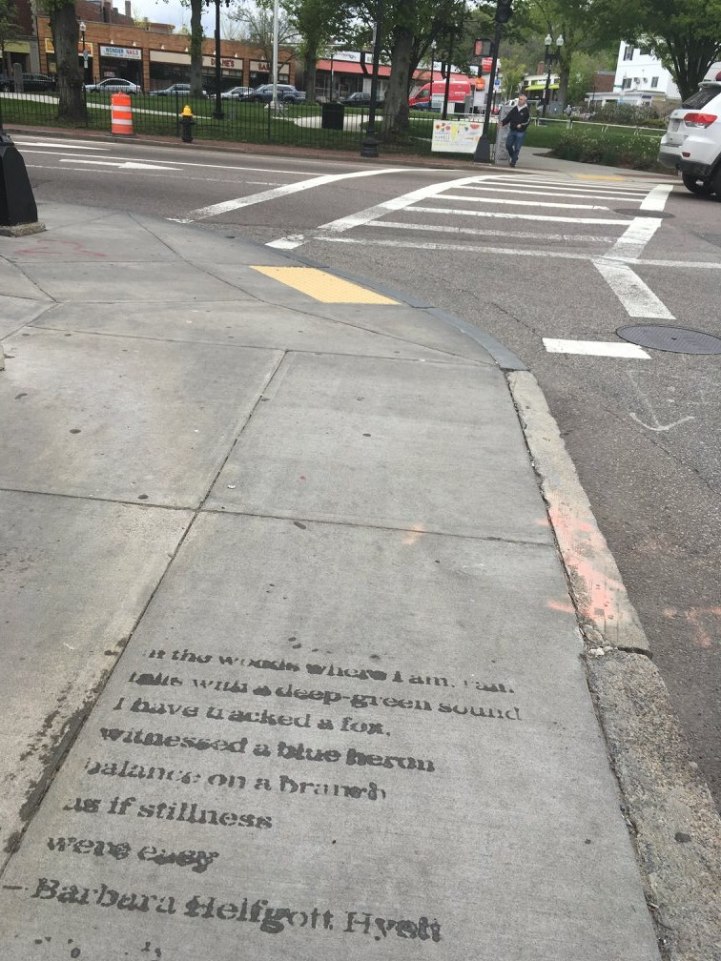 All images via Mass Poetry.