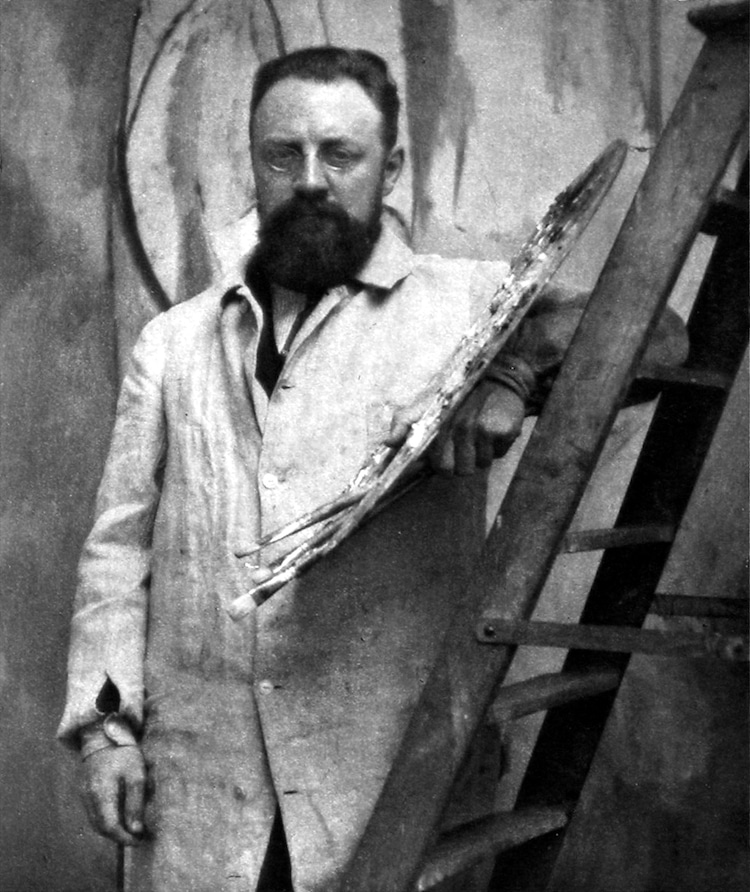 At the beginning of the 20th century, a small group of artists forged a path that would forever change how the world viewed art. By breaking boundaries and moving beyond the confines of tradition, they blazed a trail for modern art. As part of this group, Henri Matisse is a pioneer and founded one of the first modern art movements—Fauvism.

Undeterred by critics, Matisse honed his instincts and went against trends to develop an expressive style that would have massive ramifications. As both a friend to and rival of Picasso, who was 11 years younger, Matisse pushed boundaries and inspired other artists to follow his lead.

With a career that spanned 50 years, today the French artist is considered one of the foremost creators of the 20th century. From his early use of bold color to create light and shadow to his later work with cut paper, Matisse was continuously pushing the boundaries of his creativity. To celebrate his artistry and his contribution to the history of art, let's take a look at 5 of Matisse's most celebrated paintings. 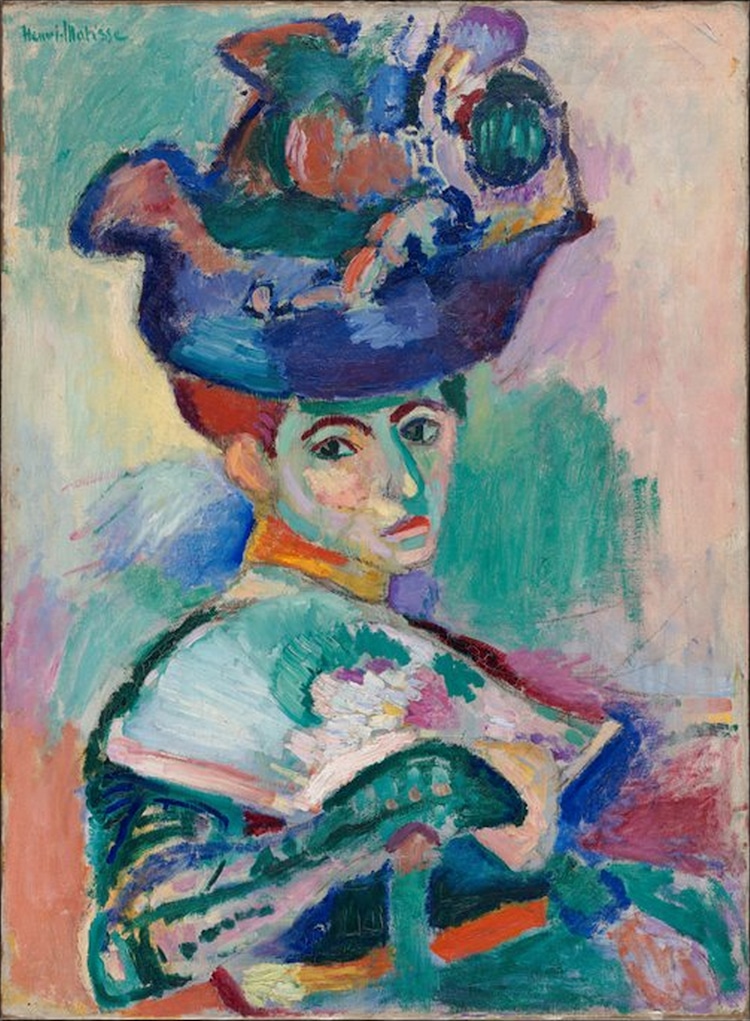 Woman with a Hat, 1905 (Photo: Public domain via Wikipedia)

When this portrait of Matisse's wife Amélie was shown alongside more classical sculptures at the Salon d’Automne, an independent art exhibition in Paris, it helped give birth to the Fauvist movement. At the time, the work was panned by critics, who found its loose brushstrokes, unnatural colors, and unfinished quality shocking. For Matisse, Woman with a Hat marked a journey toward a new, expressive style. Certainly, the painting helped lay the groundwork for a new type of portraiture, one that didn't respect strictly realistic depictions.

Though Matisse was initially demoralized at the reception this painting received, his spirits were lifted when it was purchased by the Stein family, which include famed collectors Gertrude and her brother Leo. Gertrude, in particular, was a champion of the avant-garde and was immortalized in her own portrait by Picasso. 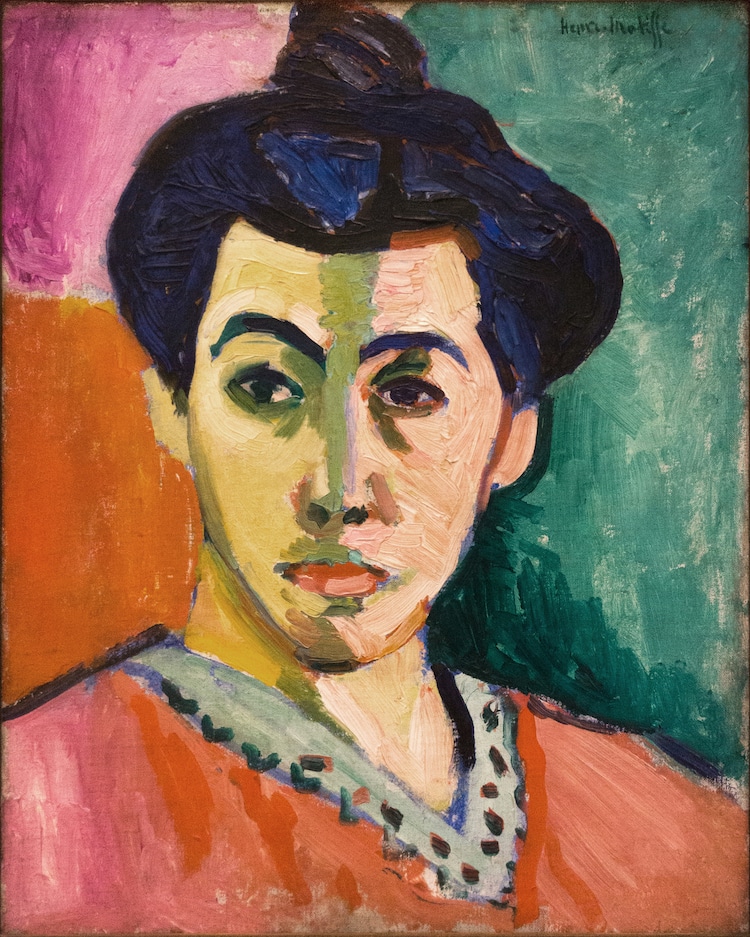 The second portrait of Matisse's wife proved just as controversial as the first. Here, Matisse takes his bold use of color to the extreme by painting a green line down the center of her face. What may seem extreme was actually Matisse's attempt to produce light, shadow, and volume without using traditional techniques. Once again, critics derided the image, with one stating that it forced viewers to see the painter's wife in “a strange and terrible aspect.”  Still, when looking at later Cubist portraits by Picasso, Matisse's influence is undeniable. 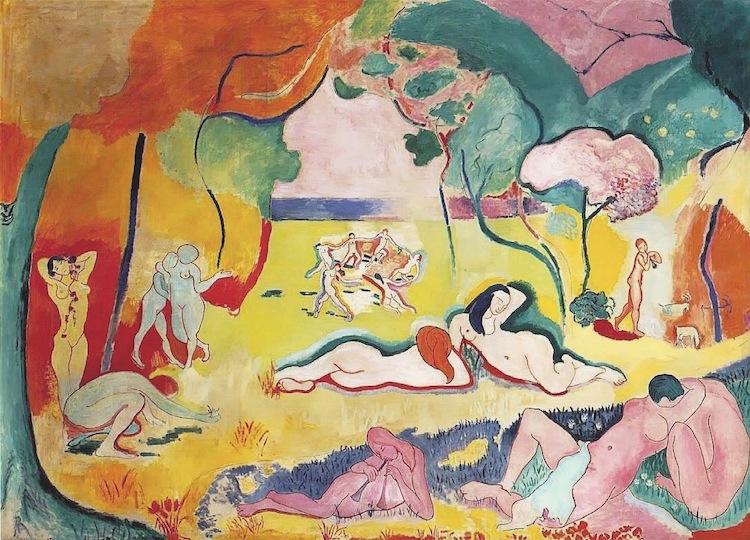 With his monumental oil painting Le bonheur de vivre (The Joy of Life), Matisse doubled-down on what he'd started at the 1905 Salon d’Automne. The large canvas was Matisse's way of confirming that he adhered to everything the Fauvists stood for, even if critics at the time didn't appreciate their innovative take on art. The vivid colors and Matisse's refusal to use spatial norms was a revolution. Ignoring how Western art typically plays with scale and proportion, Matisse turned tradition on its head. And, in doing so, he created what some consider one of the cornerstones of modern art.

Purchased by Gertrude Stein, it was hung in the Paris apartment where she had her weekly salons. This is where a young Picasso saw the painting and was so determined to outdo Matisse that he began work on Les Demoiselles d’Avignon—another pillar of 20th-century art. 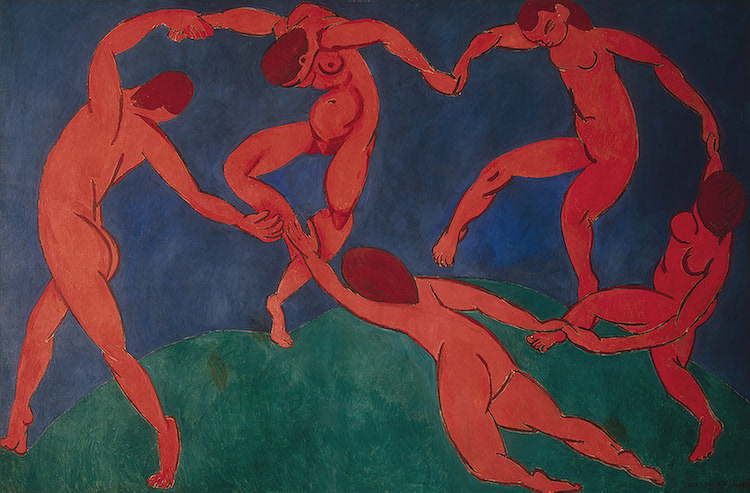 Using a motif we can already see in the background of Le bonheur de vivre, The Dance was created for Russian businessman and art collector Sergei Shchukin. In it, a group of dancers twirls in a circle. Their movement and tension is palpable. Matisse's ability to paint such an expressive work by using limited colors and focusing on lines, rather than shadow and highlights, is an incredible achievement.

This is the finalized version of a well-known painting located in New York's MoMA. This first version, which Matisse viewed as a preparatory sketch, has a much lighter mood and energy. For the final version of The Dance, Matisse darkened the color palette and gave the figures a power that is lacking in the sketch. Thanks to his masterful use of line and color, for many The Dance is seen as the highlight of Matisse's career and a turning point in modern art. 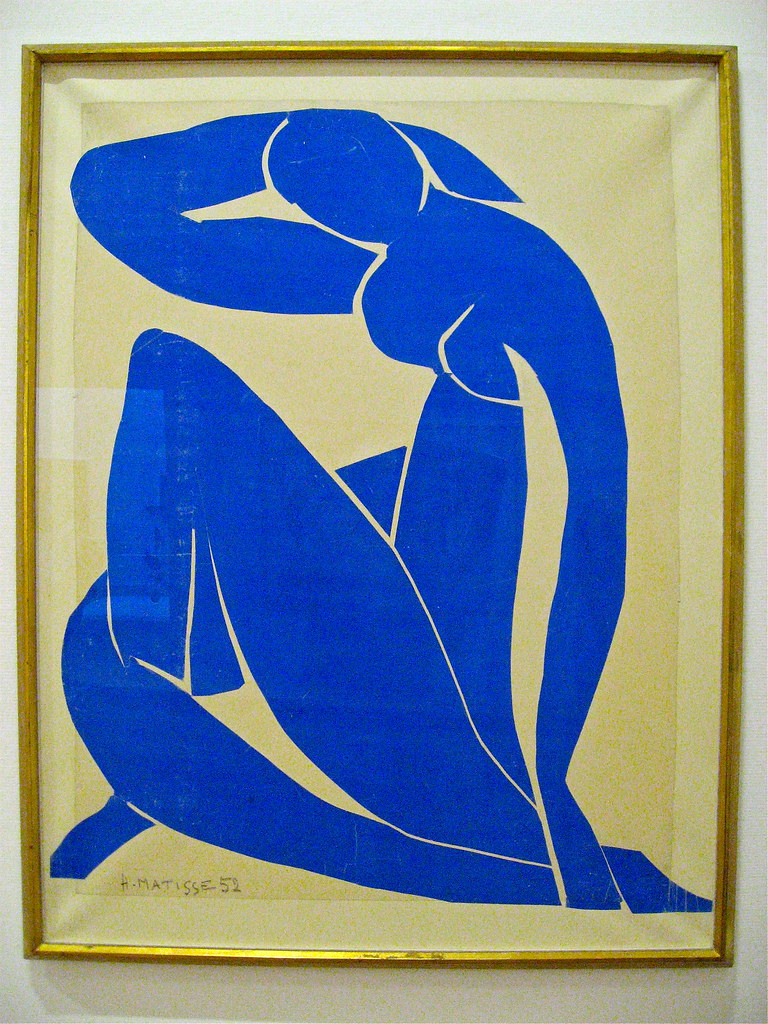 After being diagnosed with stomach cancer in 1941, Matisse was left confined to a chair. But he never let this obstacle stand in the way of his creativity. He began creating cut paper collages with the help of assistants, who would paint large sheets of paper in gouache for the artist. Matisse would then cut the paper into different shapes and create compositions. Often, as is the case with his Blue Nudes series, they were then transformed into lithographs.

Blue Nudes is a triumphant series of four nudes. Each was carefully planned by Matisse, who created studies in his notebooks and spent several weeks getting the cut paper arrangements to his liking. Much as he relied on limited colors in his paintings, these cut paper works also favor single flat tones. Inspired by his visit to Tahiti twenty years earlier, Matisse created volume using overlapping shapes, once again demonstrating his eye for the avant-garde. Just two years after finishing this innovative series, Matisse lost his life.

Love Matisse? Share
Like My Modern Met on Facebook
Get Our Weekly Newsletter
Become a
My Modern Met Member
As a member, you'll join us in our effort to support the arts.
Become a Member
Explore member benefits
Love Matisse? 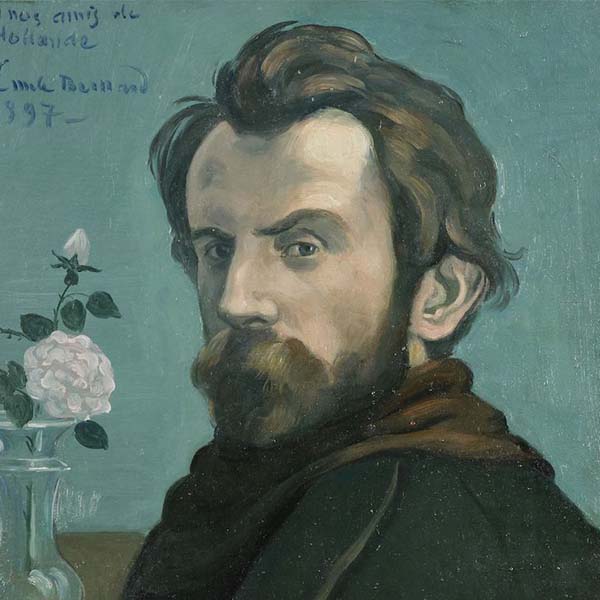 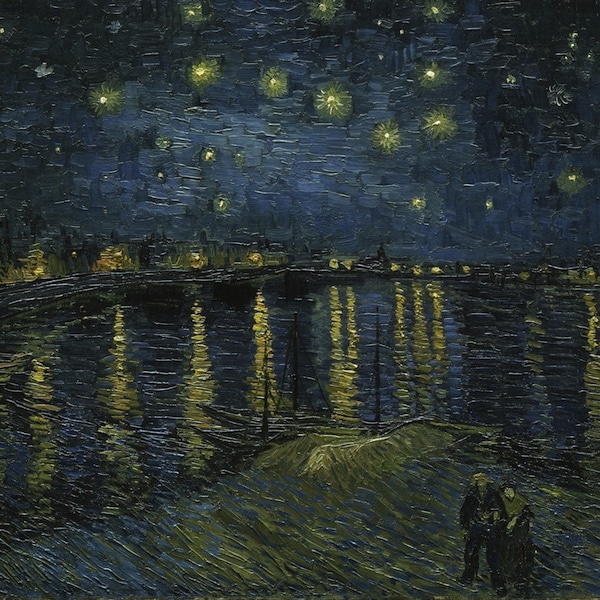