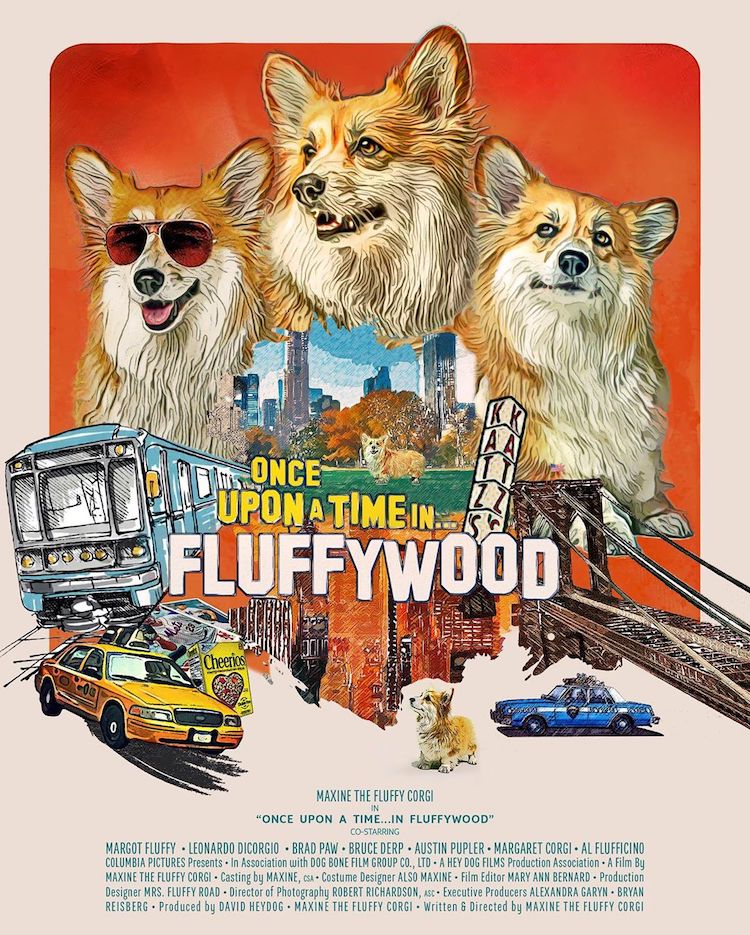 The internet-famous corgi Maxine is known for her fluffy butt and adorable smile. But beyond her oversized ears and knack for fitting into a backpack, she’s also a movie star—to her pawrents, at least. Her humans, Bryan Reisberg and Alex Garyn, are film buffs who have centered Maxine’s popular Instagram around movies. (Her Instagram handle, @madmax_fluffyroad, is even named after Mad Max: Fury Road.) So, with the film awards season in full swing, it only makes sense to have Maxine at the center of Oscar-nominated flicks. And that’s exactly what Reisberg and Garyn did; 2019 movies have been reimagined around the corgi.

Maxine’s humans were clever in how they rehashed the original film posters. They renamed the movies to be corgi-centric and even imagined elements of the design to fit with Maxine’s life. Quentin Tarantino’s film Once Upon a Time in Hollywood is now Once Upon a Time in Fluffywood. The original actors—Brad Pitt, Leonardo DiCaprio, and Margot Robbie—are replaced with different iterations of Maxine. Beyond that, the “Hollywood” aspects of the source poster are forgotten and now include things that pertain to Maxine, such as New York City (where she lives) as well as her love of Cheerios.

Maxine the adorable corgi has been Photoshopped into reimagined film posters of Oscar-nominated flicks. 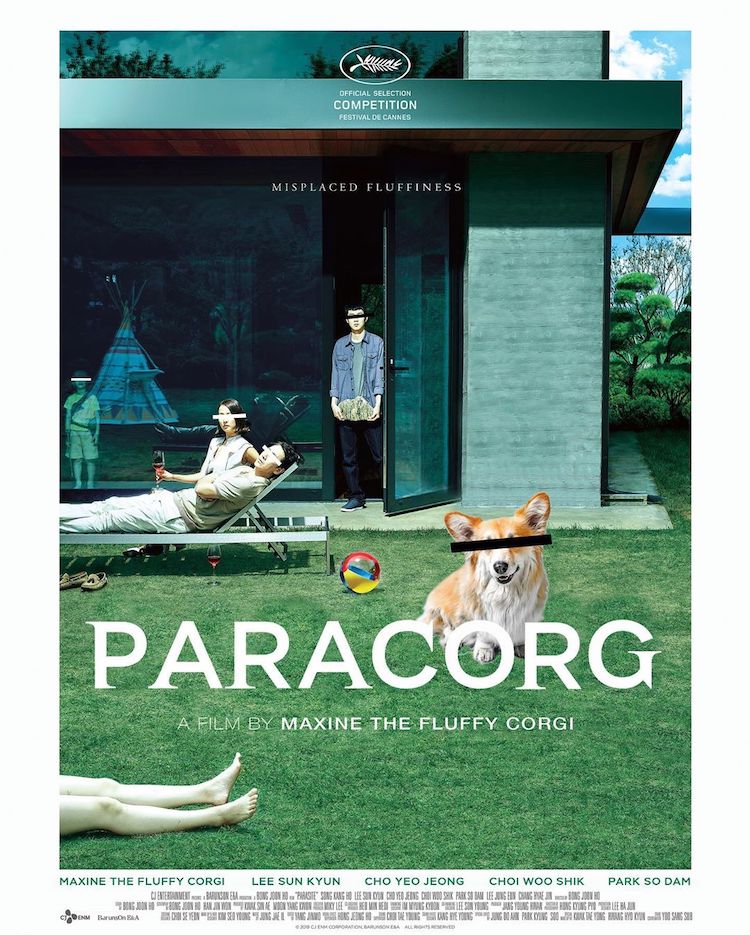 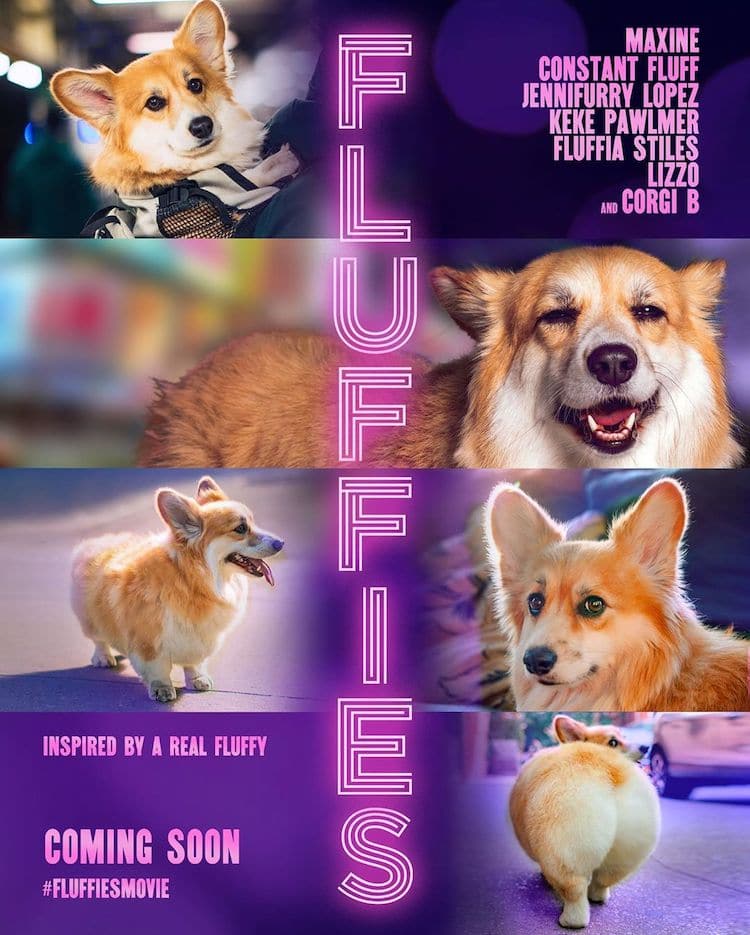 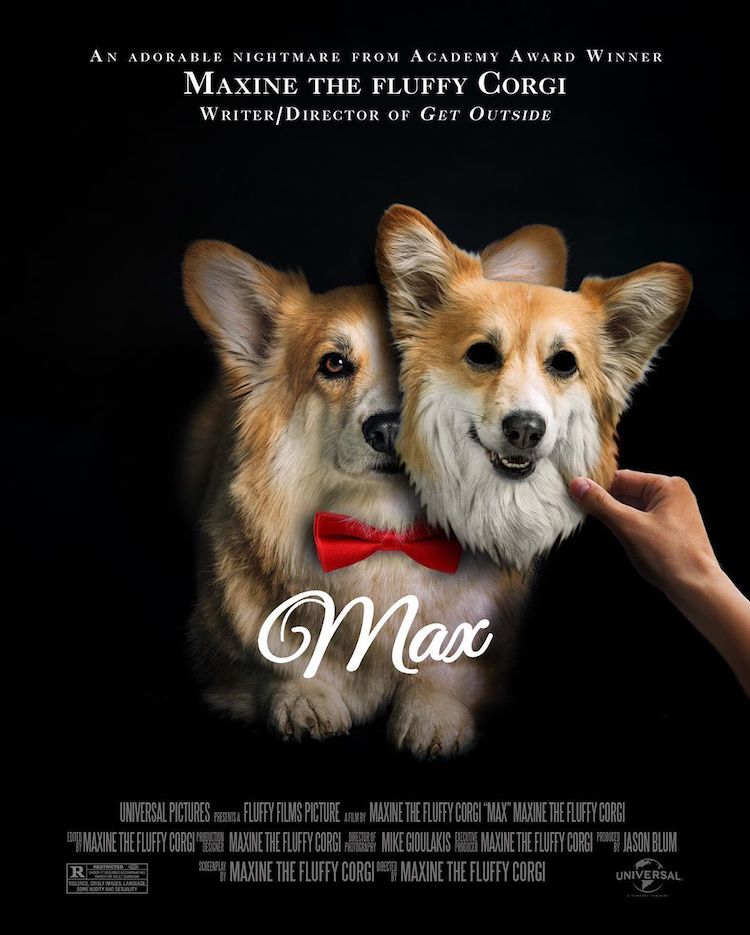 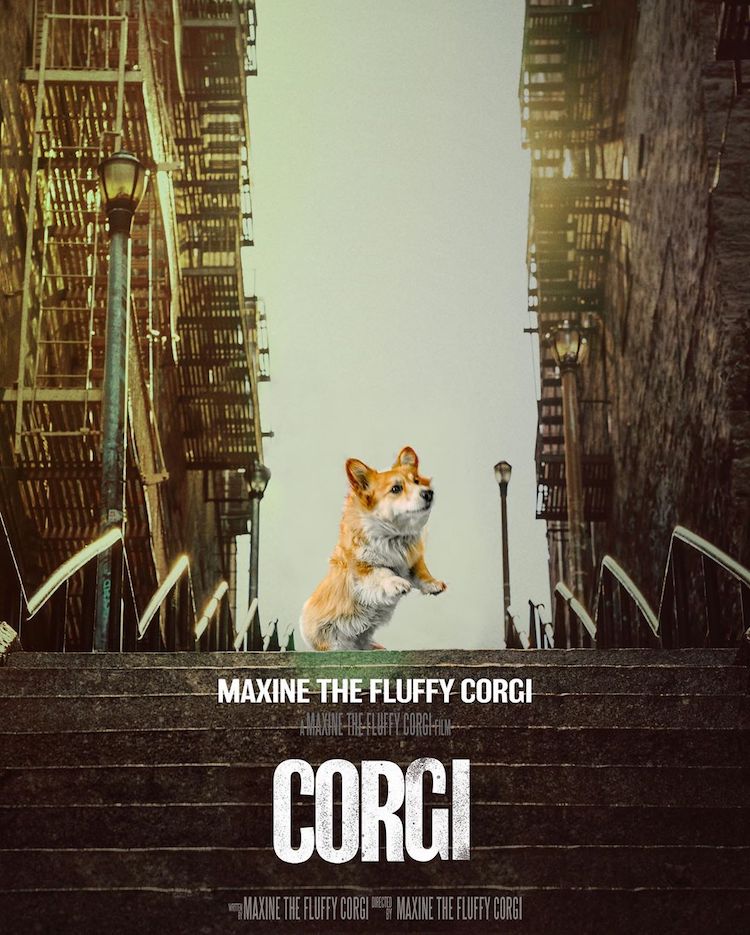 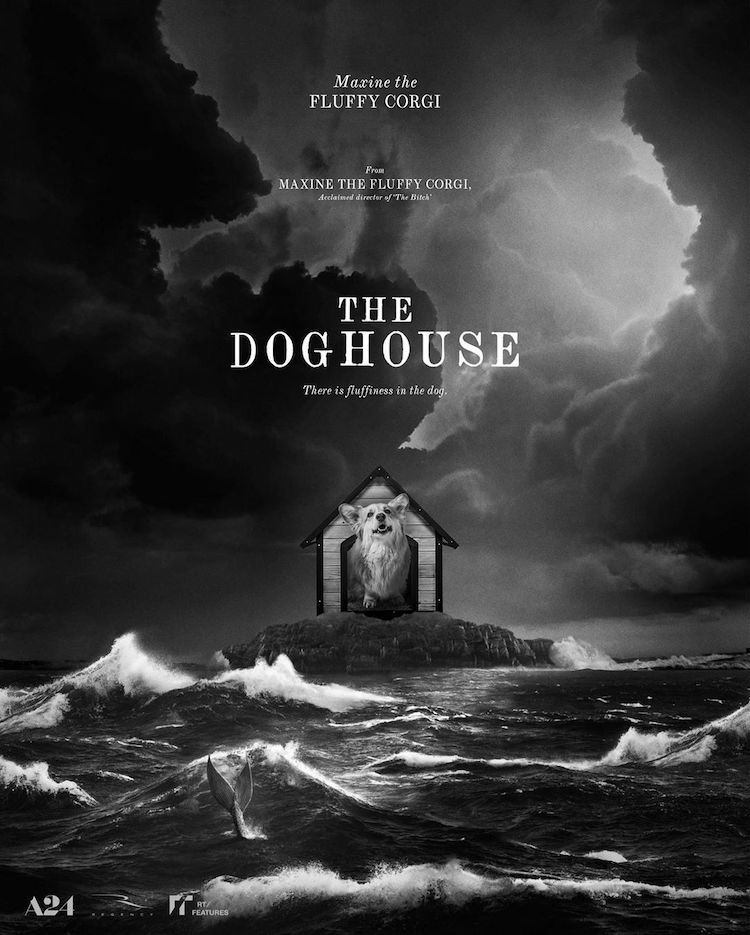 “The Doghouse” aka “The Lighthouse” 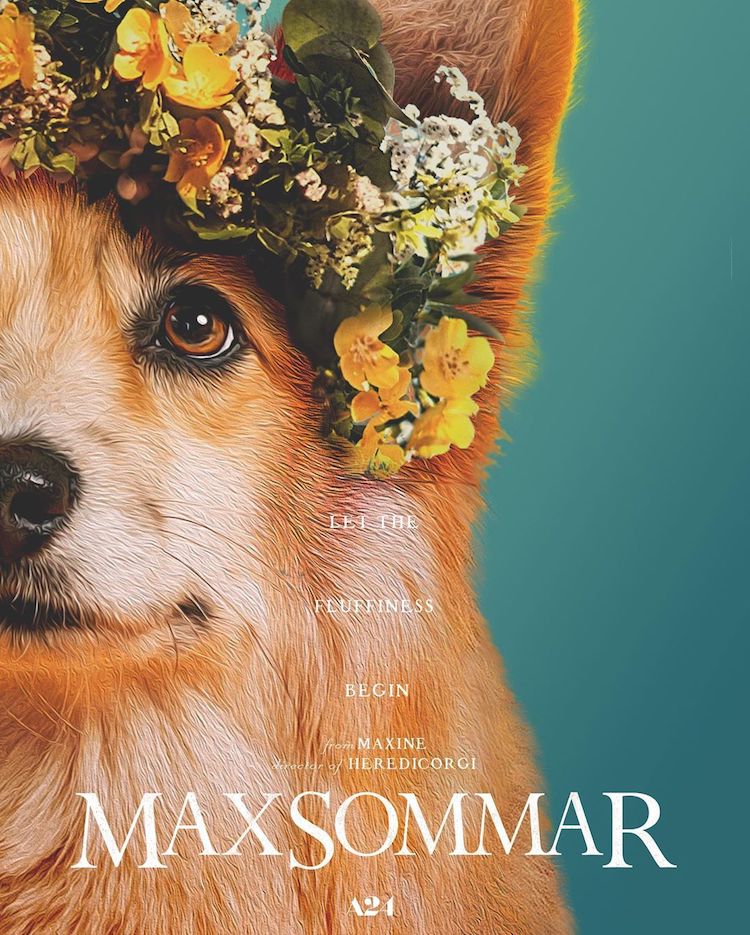 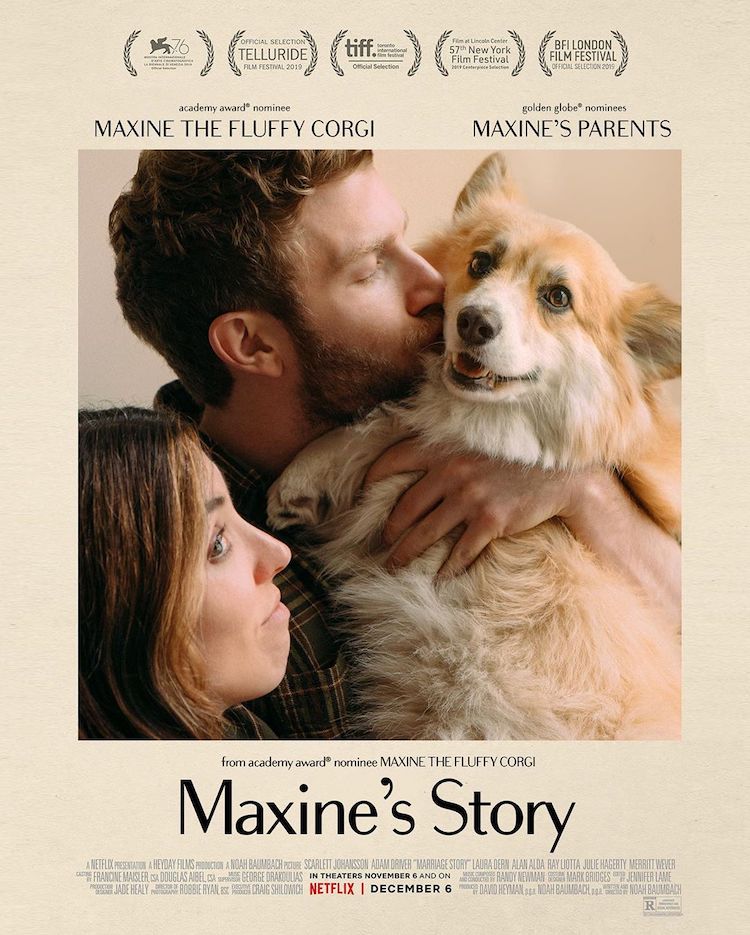 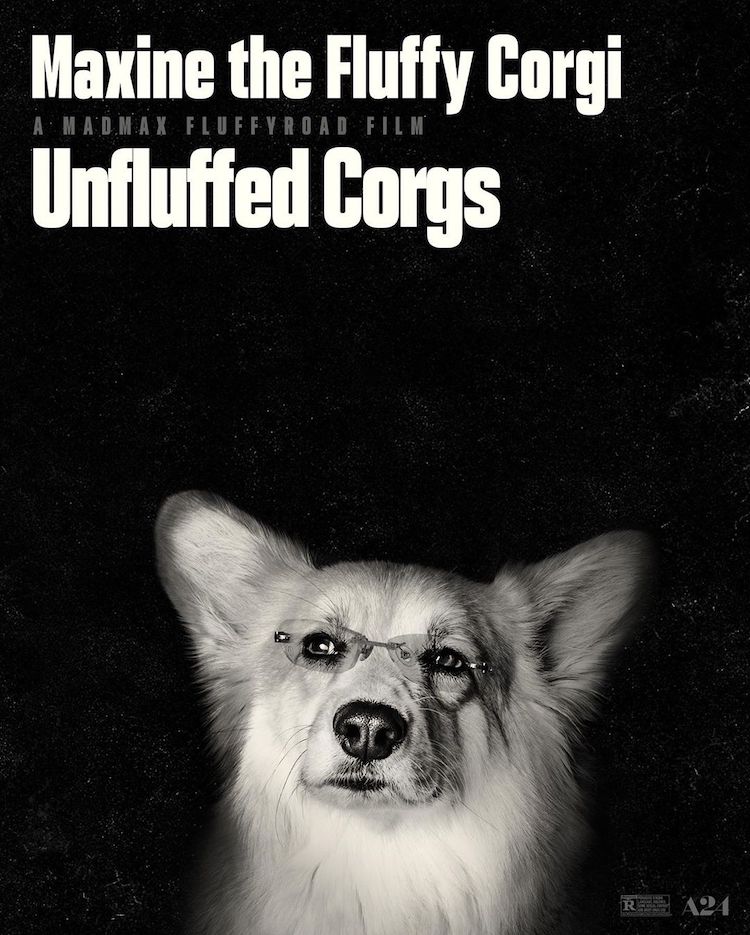 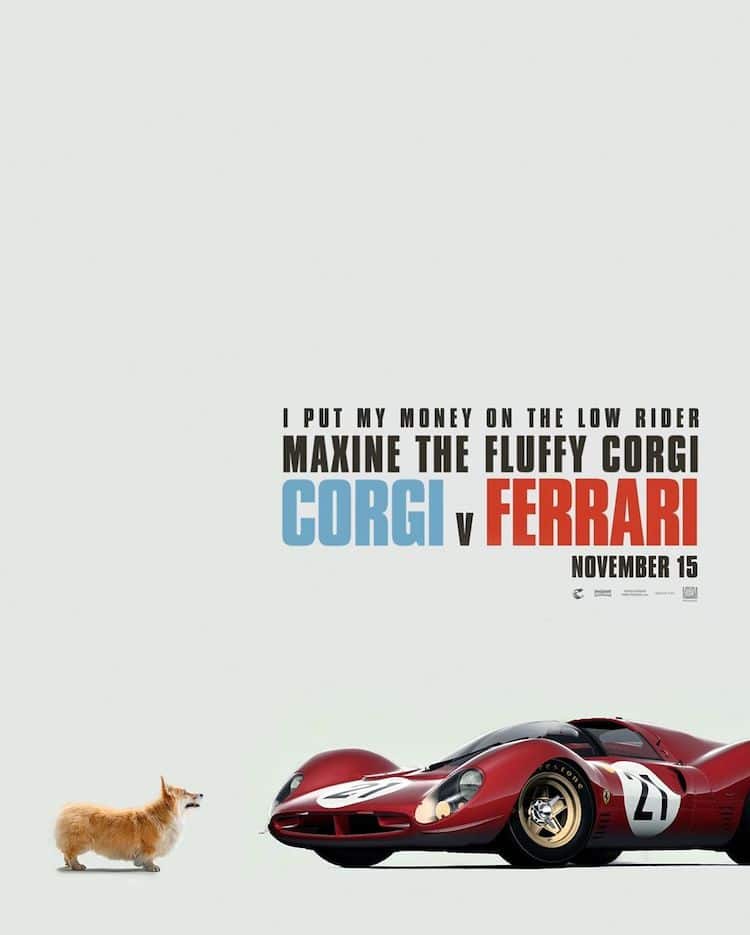 My Modern Met granted permission to feature photos by Maxine the Corgi.

Over 600 Corgis Came Together for an Impossibly Cute Beach Day