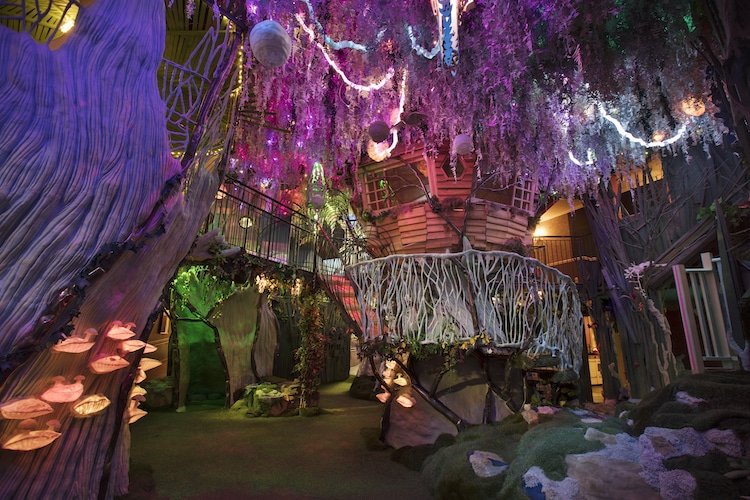 The Santa Fe-based art collective Meow Wolf believes that creativity can change the world. What started in 2008 as a small group of passionate creatives who wanted to give back to their community has grown into a team of over 200 full-time employees and hundreds of other collaborators with the same vision.

Meow Wolf creates immersive and interactive experiences that transport audiences of all ages into “fantastical realms of story and exploration.” With support from Game of Thrones creator George R.R. Martin, the collective launched its first permanent installation in March 2016 called House of Eternal Return. Contained within an old bowling alley, the “multidimensional mystery house” invites visitors to explore the works of 150 artists spread out over 20,000 square feet (1858 square meters).

Despite its current success, Meow Wolf is all too familiar with the struggles of starting from nothing. Because of this, the generous collective now provides financial assistance, expertise, and other forms of support to community-focused art and social projects. And the team isn’t stopping there. Taking over the world one city at a time, Meow Wolf is soon to open more permanent installations in Denver and Las Vegas with plans to eventually bring its mesmerizing experiences to Washington D.C. and Phoenix.

We recently caught up with one of Meow Wolf’s co-founders, Caity Kennedy, who kindly shared some insights into how it all began and how the collective has evolved. Read on for My Modern Met’s exclusive interview. 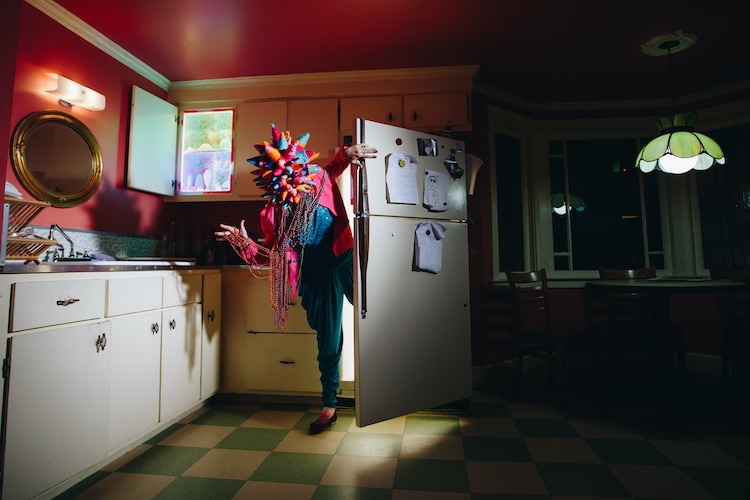 How did Meow Wolf begin?

We started in 2008 as a fully volunteer-run art collective. The thing that brought us together and made us stand out was our immersive art exhibitions. We made anything, from a two-person site-specific sculpture to a 5,000 square-foot (464 square-meter) space which 100 artists turned into a multi-story boat in a crazy landscape. We kind of did anything that was exciting. We didn’t really have a “thing” and instead just did awesome stuff together. However, as we got older as an organization, we began losing patience with the volunteer model, and fewer people were able to stay involved and remain financially stable. Along the way—among the many lessons we learned—we found that people would happily pay a small ticket price, akin to going to a music show, to spend time in an exhibit that was big enough to really spend a couple of hours in.

So in 2012, we started looking for a new, permanent space. And in 2014, we found the bowling alley, which had been closed for seven years and was partially gutted. It wasn’t a functioning bowling alley—it was just a big empty space. Actually, the price was less than the cost of land because the building was so run down. Nevertheless, at this point, most of us were still working our weird, non-career based jobs and couldn’t afford to buy it. Our eventual CEO reached out to George R. R. Martin because he had previously worked for him at his movie theater and said, “Do you want to see a bowling alley?” At first, George said no but after a lot of time spent trying to convince him, he eventually bought it for us, and we began renting from him. Over the next 16 months—after many many trials and tribulations—we built and opened our current permanent exhibition, House of Eternal Return.

In December 2014, six of us (who are currently called the founders) quit our day jobs and began working for Meow Wolf full time—albeit for very small paychecks. At that point, we only had a dream and a five-page business plan. However, that changed dramatically, and today we are a corporation of about 250 employees, with a board and everything. And we're working diligently towards opening several new exhibits. 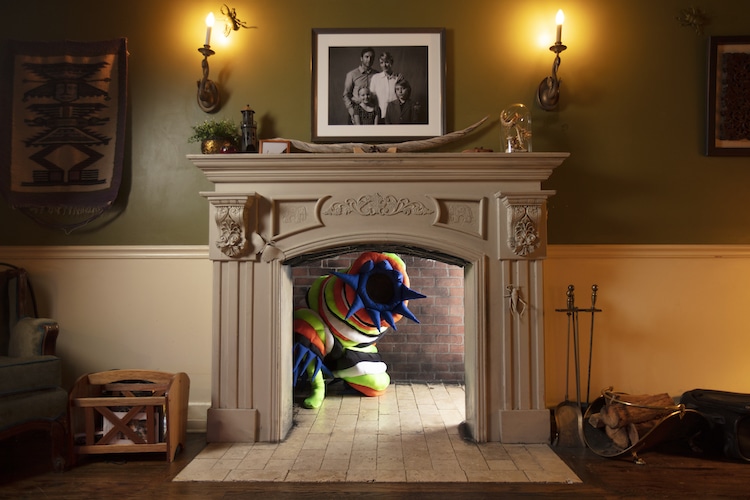 Is there a story behind the name Meow Wolf?

Yes! Way back then, there were around 10 of us in a room with two hats that people put random words in. We spent around three hours pulling all sorts of gibberish out of hats and eventually voted. Meow Wolf was the result, and people were like, “We’re really going for Meow Wolf?” It was a collaborative process and it just stuck, but the name itself is kind of meaningless. 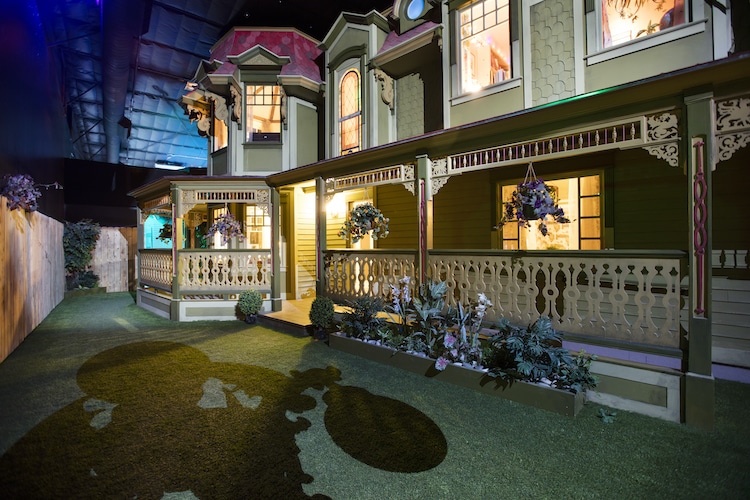 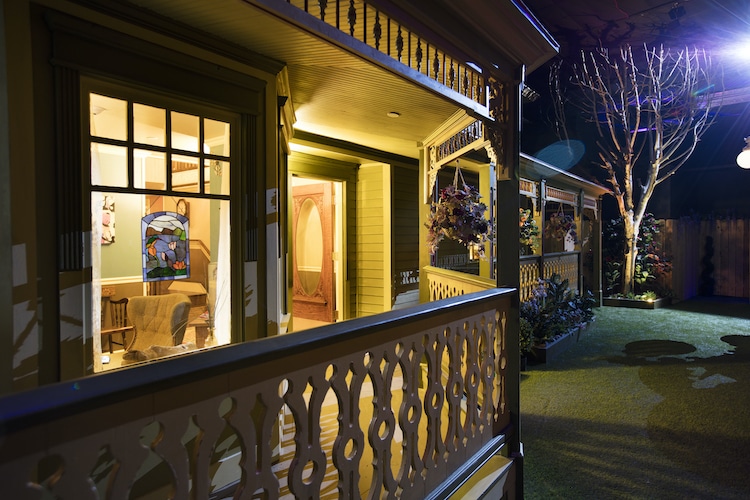 Can you describe your inspiration behind House of Eternal Return?

It started with some sticky notes. We began brainstorming ideas like, “It'd be cool to make caves, or a futuristic travel agency, or forest.” We began coming up with pretty basic archetypes of spaces that we felt excited about. Things started to become reality when we started connecting those ideas with a narrative. An artist would have an idea, and we would weave other ideas back and forth until the vision for the final space evolved. We had so many great artistic voices with highly varied interests, and they all wanted to do different things. It was all about puzzling those ideas together and helping them both flow and contrast into one another.

What was your process for creating it?

We had hilariously wrong timelines and estimates to begin with because we had never done anything of this scale or permanence before. Initially, we wanted to open in three months, but there was no way that was feasible. We kept moving the opening date by a few months. It was a crazy crash course in learning all the practical rules that we never had to even think about before. And of course, we also had to accommodate artists’ ideas. It was endless problem-solving and we were working 16-hour days, seven days a week. Eventually, we had our opening date of March 17, 2016. 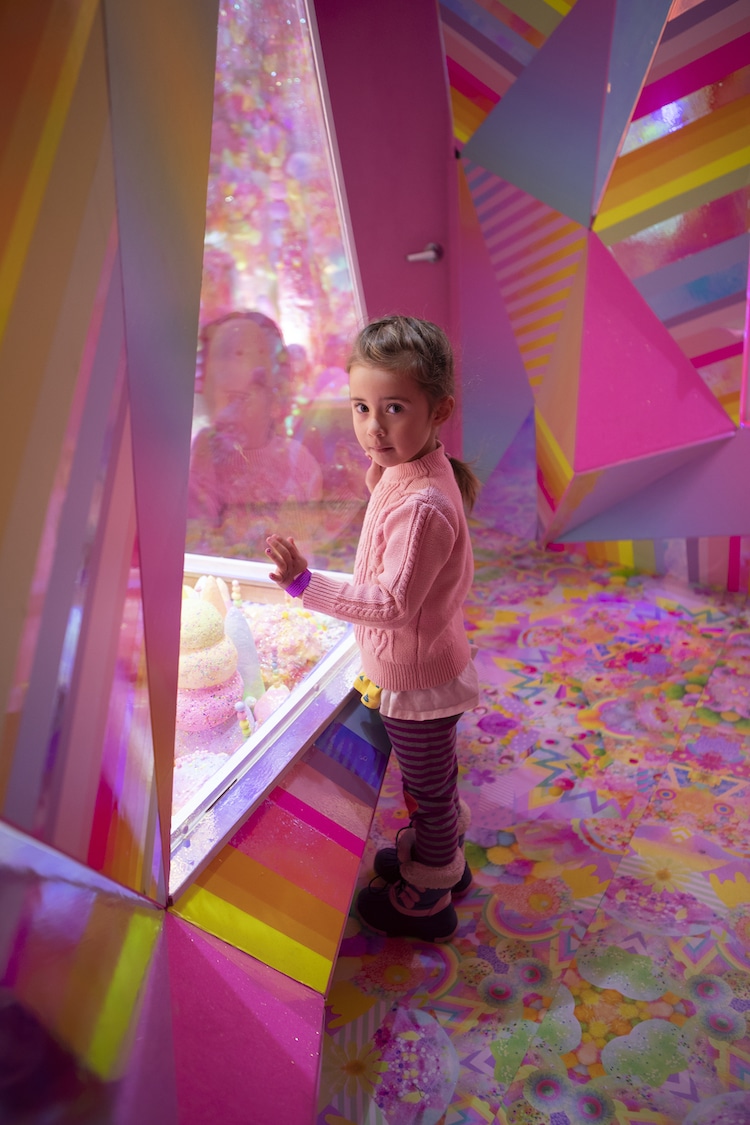 What kind of reaction do you get from people who visit?

There’s a pretty broad spectrum of reaction. A lot of people haven't even seen pictures when they go in, and that's a really awesome way to go. And even if you have seen pictures, there's no capturing it really. So, it's always going to be a relatively unexpected experience, unless you're familiar with the immersive arts world.

Two-thirds of ticket sales are for adults, but children love it, too. It’s colorful, beautiful, and sparkling. People of all ages and interests can enjoy it in different ways. We’ve, of course, had some negative feedback and some constructive criticism, but most reactions have been positive. For example, people have told us that the experience was life-changing—which is totally staggering to me. Others have admitted to finally feeling understood in the space. For example, we've had letters from teenagers, who've been like, “Oh, I thought I was such a weirdo, but I see all you guys are like me.”

A really important aspect of the art is being able to see the hand of the artist. Some of it is really polished and fantastical looking, and some of it is really weird and handmade. By leaving those rough edges, the artist is really present. It can remind visitors that real people made it, not just some big, mysterious entity. We've had a lot of really wonderful feedback from people saying that it inspired them to essentially reach beyond what they thought they could do creatively. 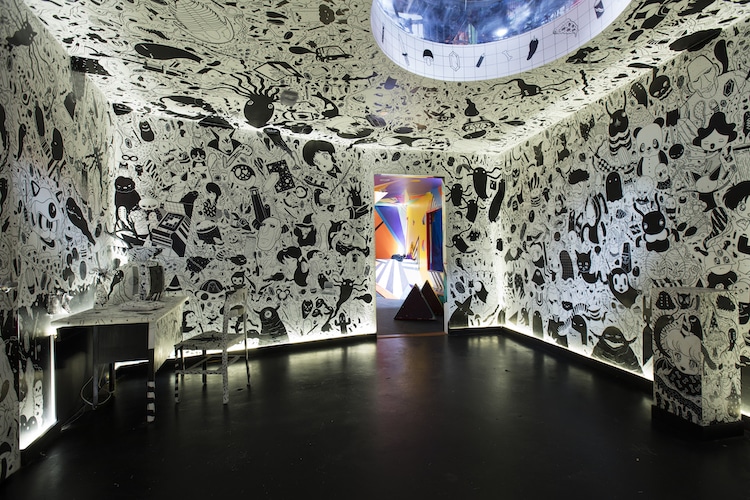 What can visitors expect to see at your soon-to-open Las Vegas and Denver spaces?

I can’t say much right now, but I can tell you that they're both completely unique. There might be some familiar artists or some familiar motifs, but they're totally new exhibits with their own elaborate narratives. Both involve local artists. Denver in particular has around 100 creatives involved, all with their own rooms.

What community-focused art and social projects is Meow Wolf is involved with?

At the moment, a lot of our creative focus is on our exhibits. However, we do a lot of philanthropy and outreach as well. We get offered a ton of opportunities as you might expect, but rather than take those opportunities ourselves, we try to find someone from the local community to manage the project.

We have a small team of artists, liaisons, and curators who are collecting names of people who are interested in working with us or doing projects adjacent to us. We have done a handful of short-term projects, such as weekend music events and temporary installations. 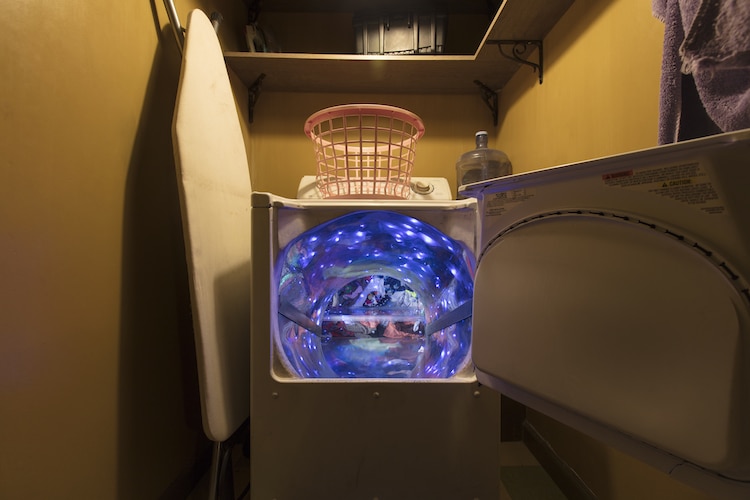 What is the DIY Fund?

The DIY fund is a no-strings-attached grant that we started after the ghost ship fire in San Francisco. We want to help ensure the safety and sustainability of other art collectives and creatives of the DIY community who are looking to improve their space.

For example, we fund people that want to improve the accessibility and safety of their space or extend their programming. Whether it’s building a wheelchair ramp, installing sprinklers, or simply wanting to extend their rent for another year, we want to help these people so that they can spend more money on their art. It’s probably one of the Meow Wolf initiatives that I feel most proud of. We are able to take our own success and give it back to people who are coming from where we started. To date, we have awarded more than $375,000 in funding to support more than 250 DIY spaces across the U.S. 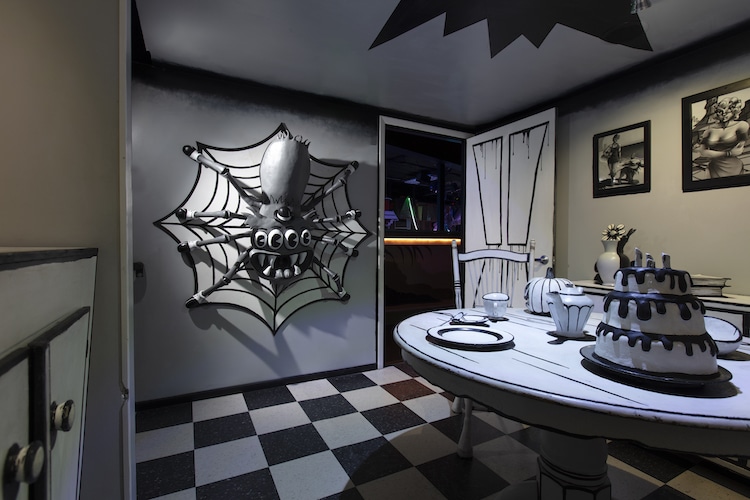 For any artists that want to get involved with your projects, how do they get in touch?

Artists can contact us through the Meow Wolf website. You can input information about where you live and what kind of art you make. That then goes into our database of artists who are looking to work with us. So, if we have an exhibit that's going to be in a certain city, we'll filter that database to find artists in that state.

Learn more about Meow Wolf in the videos below: