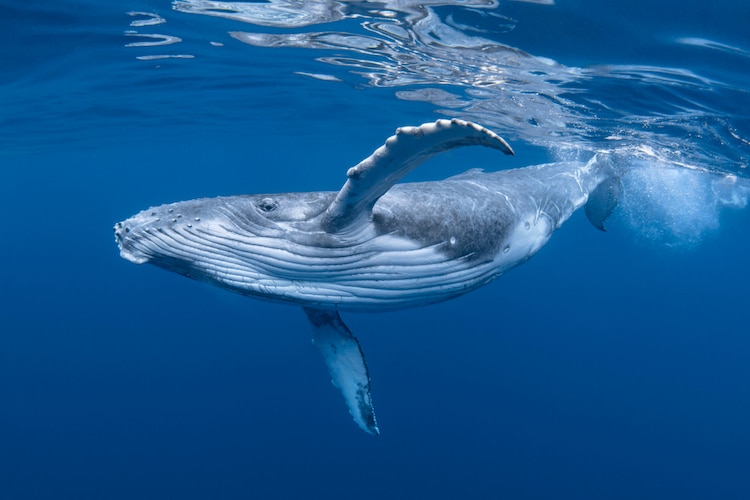 Commercial lobster diver Michael Packard was nearly swallowed by a humpback whale while searching for lobsters off the coast of Massachusetts. While that sounds like something out of a storybook, it’s not—and the lucky diver is alive to tell the astounding tale.

Packard knew something was wrong the moment the incident occurred, but he wasn’t sure what was happening to him, exactly. “I got down to about 45 feet of water, and all of a sudden I just felt this huge bump, and everything went dark,” Packard explained. “And I could sense that I was moving, and I was like, ‘”Oh, my God, did I just get bit by a shark?' Then I felt around, and I realized there was no teeth and I had felt, really, no great pain,” Packard recalls. “And then I realized, ‘Oh, my God, I'm in a whale's mouth. I'm in a whale's mouth, and he's trying to swallow me.'”

Certain he was about to die, Packard estimates that he was in the whale’s mouth for 30 or 40 seconds, in a completely dark space full of water. Packard could’ve easily drowned or suffocated, but he had his breathing apparatus with him. Thankfully, the whale surfaced after less than a minute and spit him out. (Whale experts have also said that given the creature’s small esophagus, Packard wouldn’t have been able to fit in its throat.)

Once ejected from the mouth, Packard was launched into the air and landed in the water. He was bruised but didn’t have any broken bones. After being treated at the hospital, he was recovering at home the same day it happened.

So, does Packard plan on getting back into the water? Of course! In a Reddit AMA about the incident, his son wrote, “I have no doubt in my mind he will do everything he can to keep diving, it's his life and passion.”