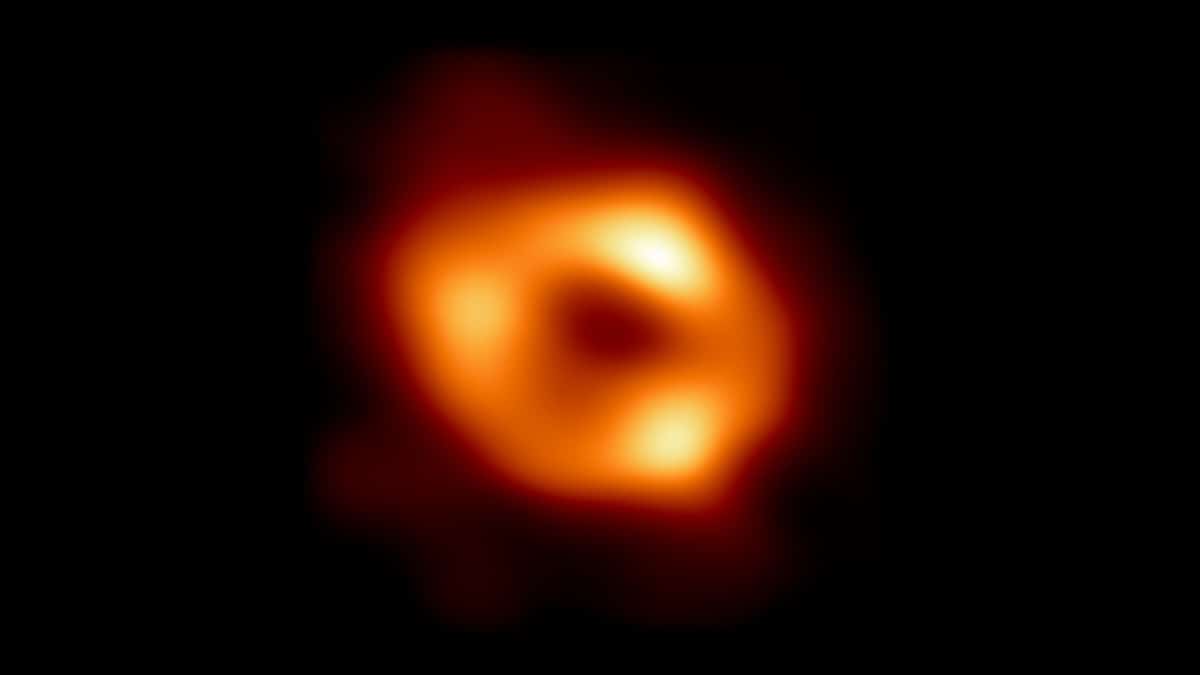 Three years ago, the public was finally able to see the first photo of a black hole. Now, a group of over 300 researchers from 80 global institutions have come together to produce the first image of the black hole that sits at the center of our own galaxy. This black hole, known as Sagittarius A* or Sgr A*, sits 27,000 light-years away from Earth in the Milky Way. Its photo was captured by the Event Horizon Telescope (EHT), a virtual Earth-sized telescope created by linking eight radio observatories across the planet.

It's a remarkable achievement, as getting a clear image of Sgr A* was much more challenging than the M87* black hole photographed three years ago. That's because, while M87* is much farther away in another galaxy, it's also much larger. Therefore, the gas near the black hole—which is the glowing matter we see swirling around the black center—orbits at a slower pace. While the orbit takes days or weeks with M87*, the gas orbits Sgr A* in mere minutes.

“This means the brightness and pattern of the gas around Sgr A* were changing rapidly as the EHT Collaboration was observing it—a bit like trying to take a clear picture of a puppy quickly chasing its tail,” explains EHT Scientist Chi-kwan (‘CK’) Chan.

In order to lock down a clear picture, the scientists developed new tools to account for the high velocity of the gas. They also spent five years using supercomputers to combine and analyze the data, which was captured over several evenings in 2017. The final result is a photograph that uses an average of different images in order to reveal this mysterious giant. 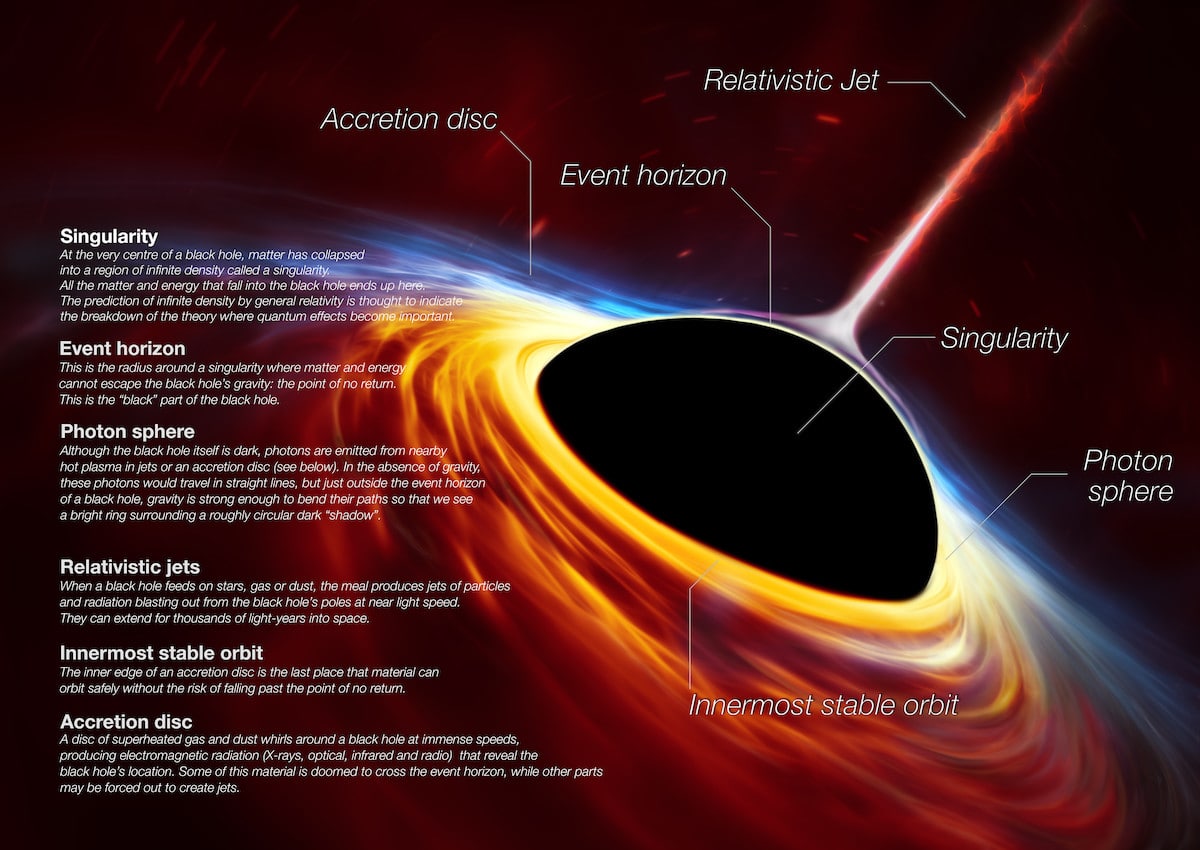 The photograph confirms what scientists had long suspected, that there was a black hole in the Milky Way. They'd long observed stars orbiting something in the center of the galaxy but, until now, there was no visual evidence of the black hole. The image also confirms the impressive size of Sgr A*, which clocks in at four million times larger than the Sun.

“We were stunned by how well the size of the ring agreed with predictions from Einstein’s Theory of General Relativity,” said EHT Project Scientist Geoffrey Bower from the Institute of Astronomy and Astrophysics, Academia Sinica, Taipei. “These unprecedented observations have greatly improved our understanding of what happens at the very center of our galaxy, and offer new insights on how these giant black holes interact with their surroundings.”

Now that the team has images of two black holes, they have a basis for comparison. Thus far, they are struck by how similar they both look even given their difference in size. “This tells us that General Relativity governs these objects up close, and any differences we see further away must be due to differences in the material that surrounds the black holes,” observes Sera Markoff, co-chair of the EHT Science Council and a professor of theoretical astrophysics at the University of Amsterdam.

The researchers' full findings have been published in The Astrophysical Journal Letters, which has dedicated a special issue to the Milky Way's black hole.

Eight observatories were linked virtually to photograph a black hole at the center of the Milky Way. 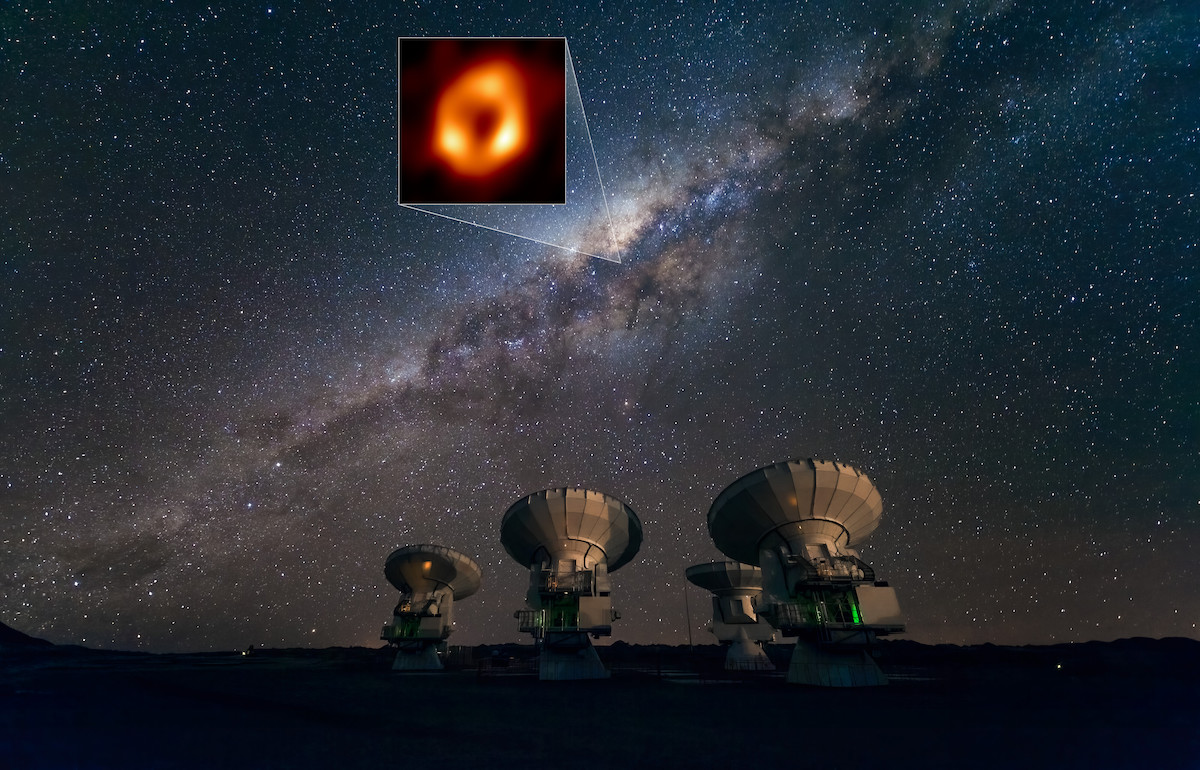 Sagittarius A* is a black hole that sits 27,000 light-years away from Earth. 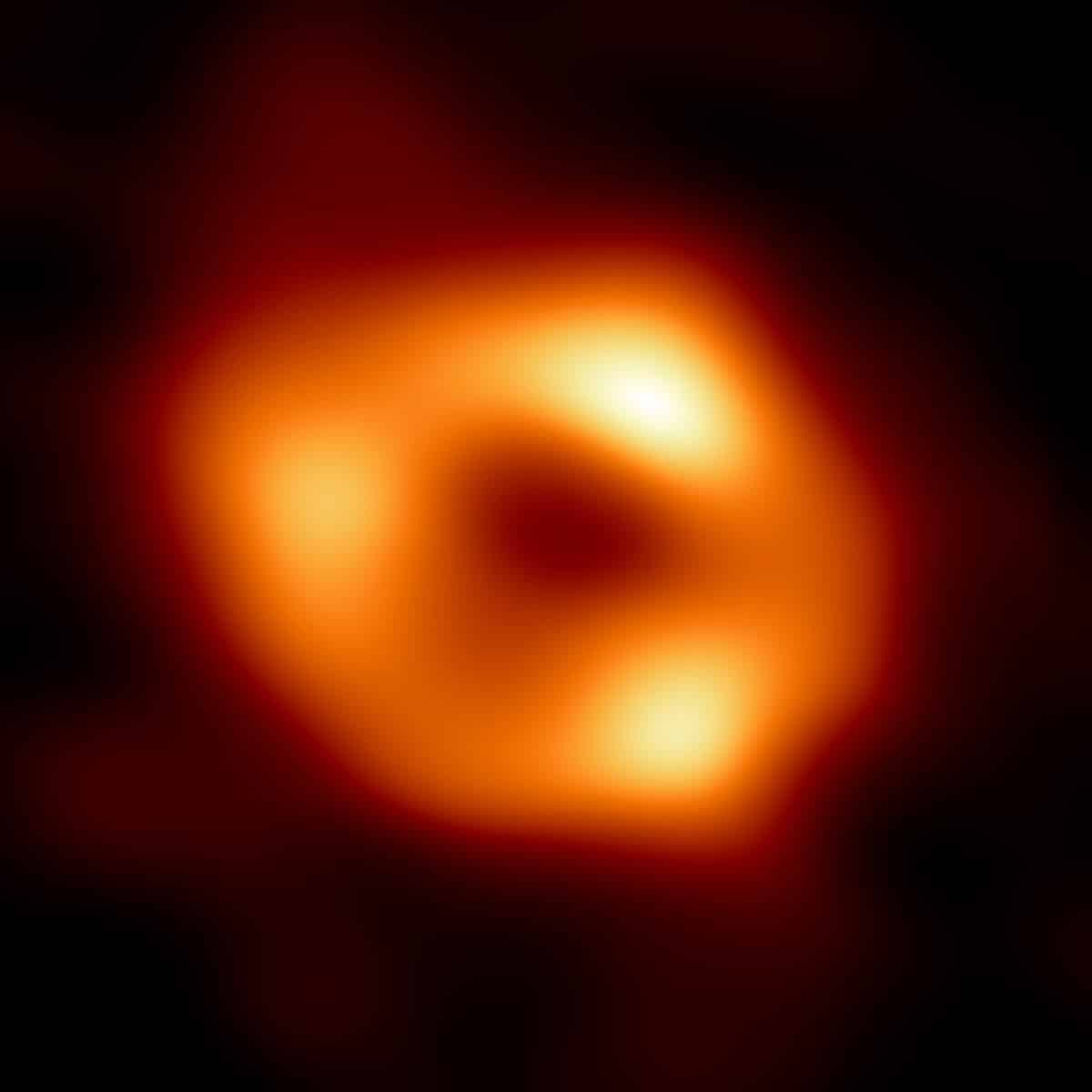 It was very difficult to get a clear image of our galaxy's black hole, which is much smaller than M87*—the first black hole ever photographed. 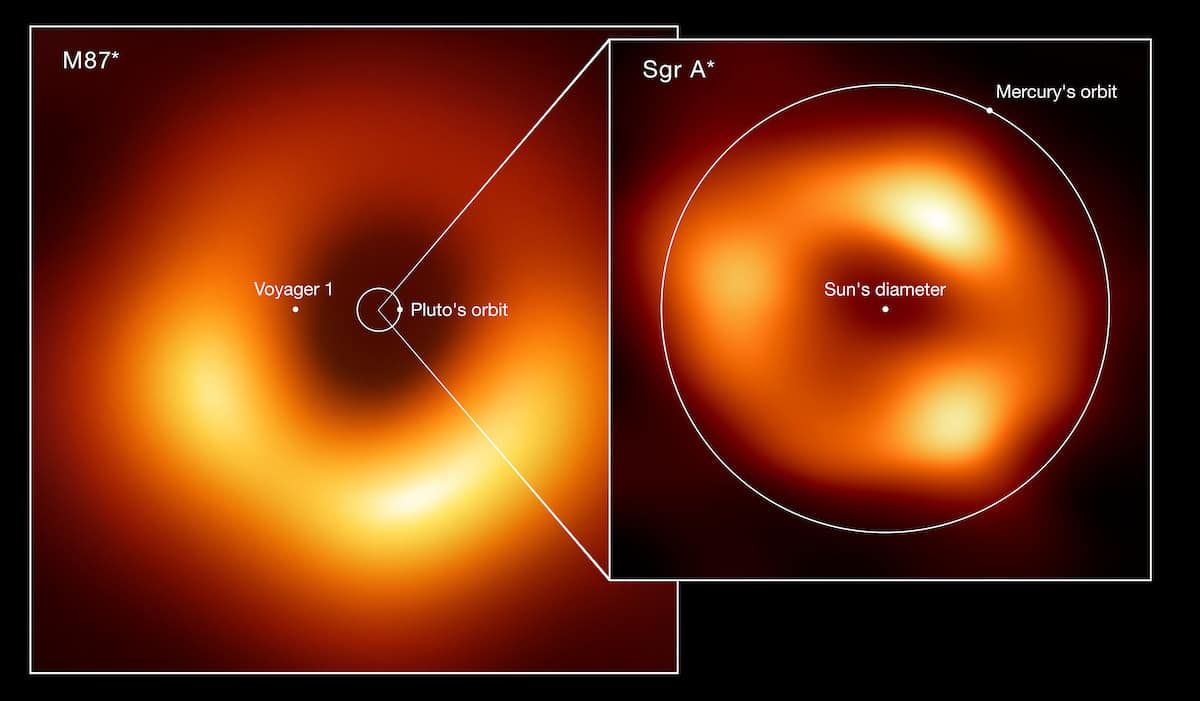 Learn more about what it takes to photograph a black hole.

Impressed by this discovery? Share
Like My Modern Met on Facebook
Get Our Weekly Newsletter
Become a
My Modern Met Member
As a member, you'll join us in our effort to support the arts.
Become a Member
Explore member benefits