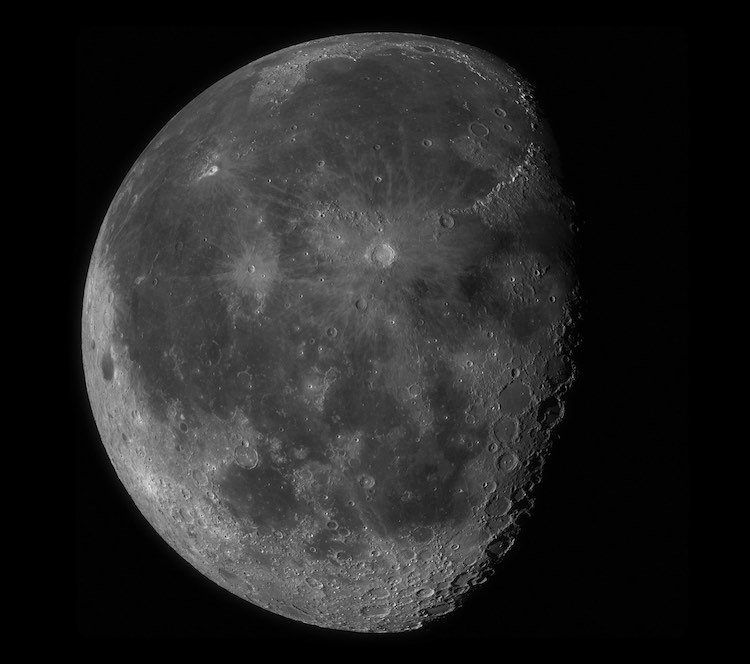 Most of us spend a good portion of our lives thinking you can only get a good look at the moon through a high-powered telescope, but technology continues to prove us wrong, as NASA places stunning images from its Lunar Reconnaissance Orbiter for the public to view and process.

Orbiting Earth's moon since 2009, there's plenty of material to dig through and when Seán Doran (a master of processing raw NASA images) got hold of the images, he created something incredible—a 100-megapixel moon photograph. Doran, whose Flickr is filled with lush imagery of Jupiter, the Earth, Pluto, Saturn, and more, wove together a mosaic of moon photos into an unparalleled high-resolution image.

There's not space here for the full 10,000 pixel by 10,000 pixel moon photo, but click through to grab it and behold the wonder of the mammoth image. So, how'd he do it? Phil Plaith explains that “LRO WAC images have a resolution of about 100 meters [328 feet] per pixel over a swath of about 60 km [37 miles] of lunar surface (using what’s called the pushbroom technique, similar to how a flatbed scanner works).”

The images are usually taken straight down, so in order to get the moon's globe shape, Doran needed to take the images and map them onto a sphere using altimeter data. The results allow us to zoom into the moon's velvety surface and observe the rich detail of the craters and grooves that dot its surface. And for some extra fun, Doran also uploaded the image to Gigapan, which lets you quickly zip across the image.

This 100-megapixel moon photograph is a mosaic of NASA images from the Lunar Reconnaissance Orbiter, and a quick zoom shows the incredible detail of its surface. 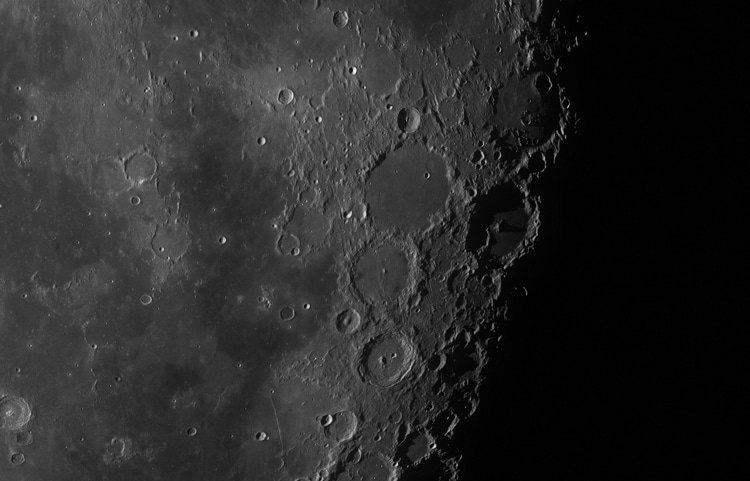 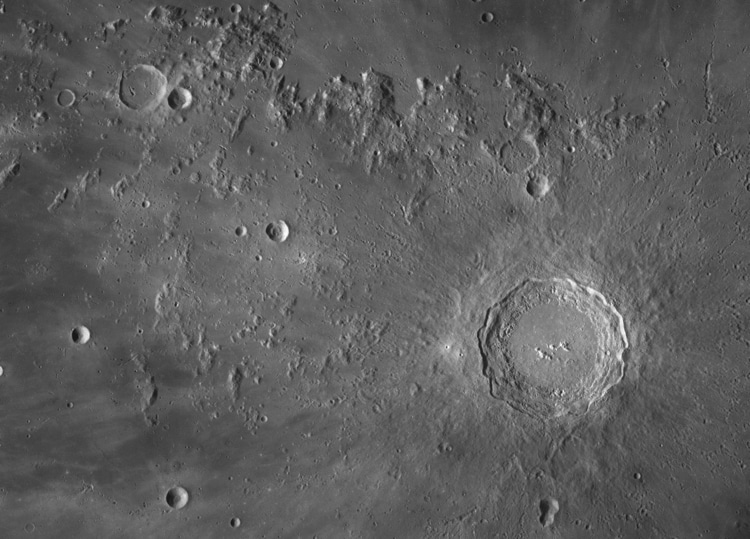