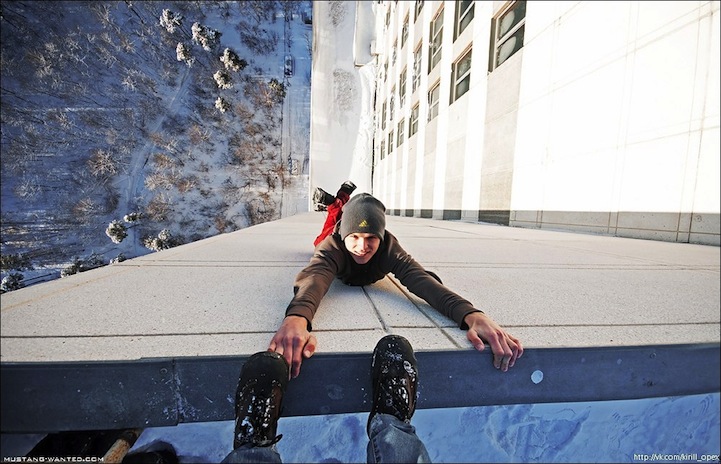 Russia has proven to have an endless supply of daredevils who get a rush out of climbing sky-scraping towers and monstrous cranes, but one Ukrainian who goes by the pseudonym Mustang Wanted tempts gravity by not only scaling his lofty destination but by then hanging off of it. It's hard to imagine how this hobby of his came about, but the fact that he has continued his high-risk stunts certainly says something about him and his desire for an adrenaline rush.

The lengths and risks that thrill-seekers like Mustang take never cease to amaze and frighten us. Despite his accomplished feats at such great heights, it makes one wonder whether they are to be publicly praised. It is a terribly dangerous “sport” that these youths engage in for us to marvel at from the comfort of our seats–the kind that doesn't teeter back and forth on the edge of a building. Ultimately, it's left to the viewer to determine how they choose to react.

There's a video of Mustang hanging off a crane and doing pull-ups in Kiev, below, but as a forewarning: you may want to mute your speakers as there is loud and explicit language.

Mustang Wanted climbs up tall building and then hangs from them. It makes you wonder how he works up the nerve! 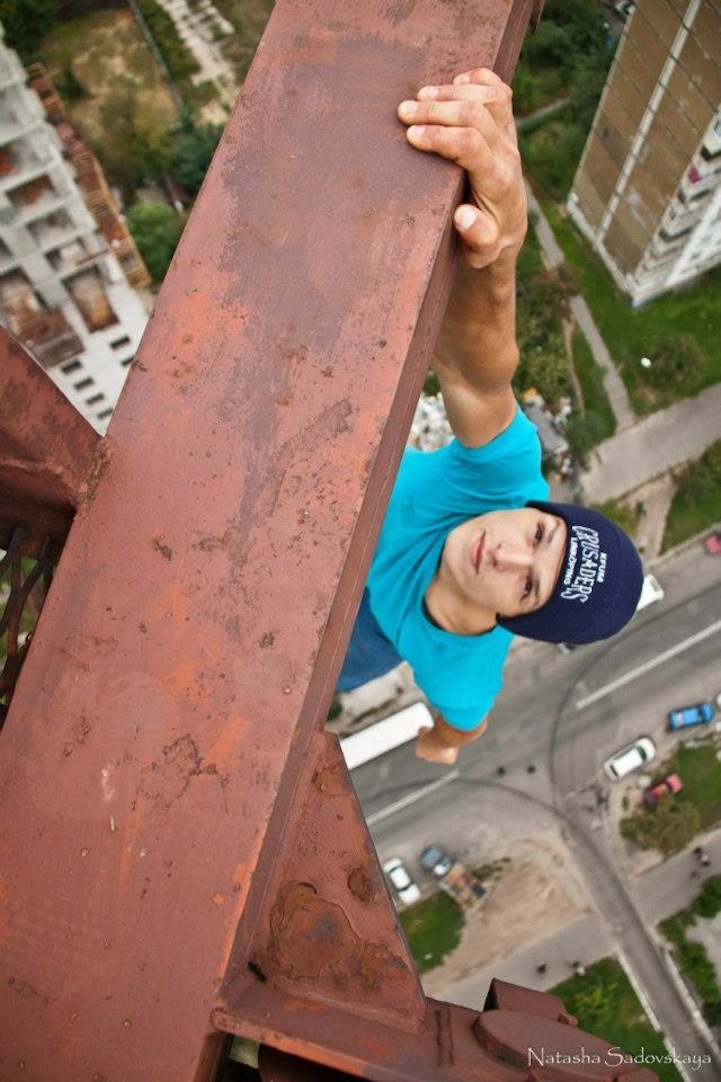 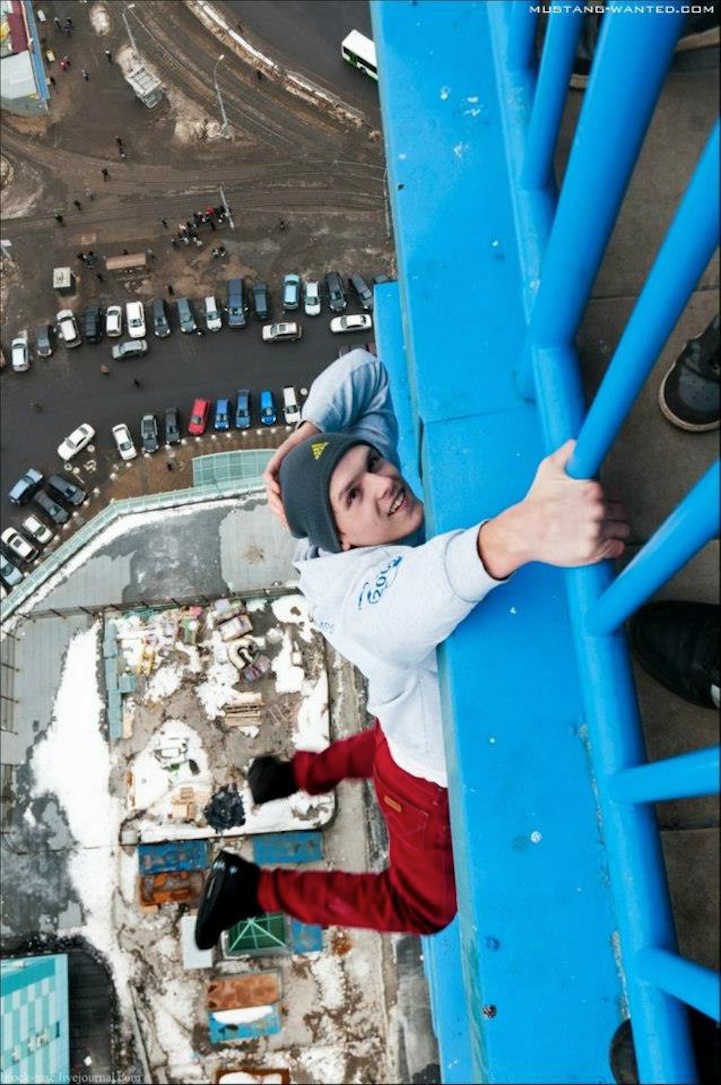 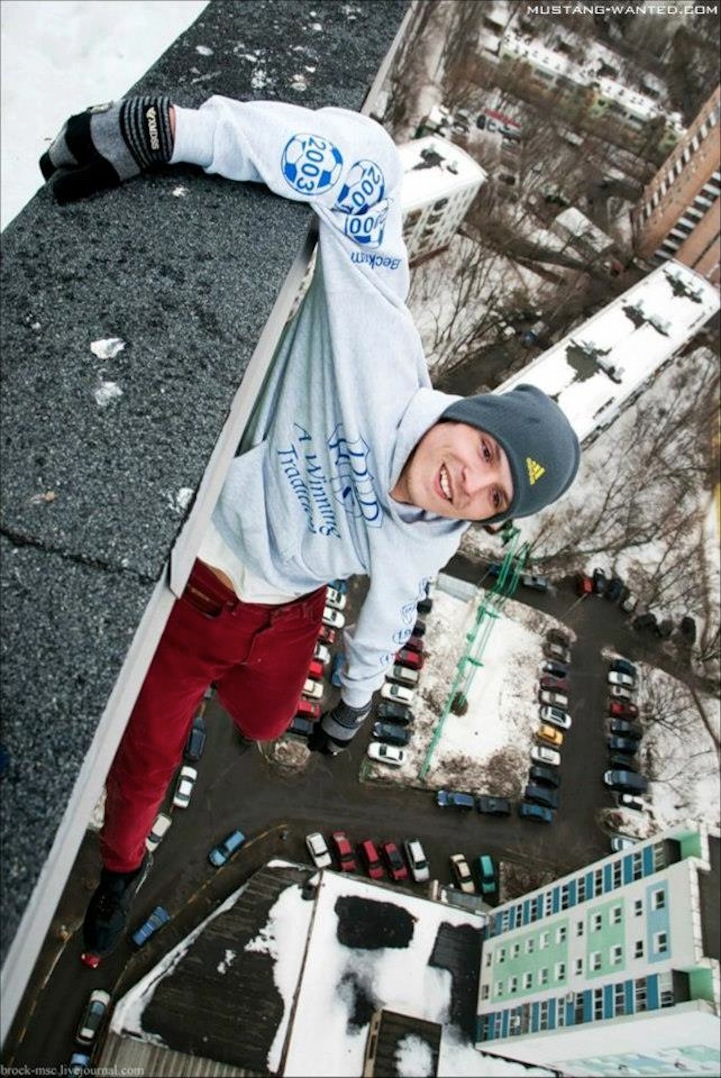 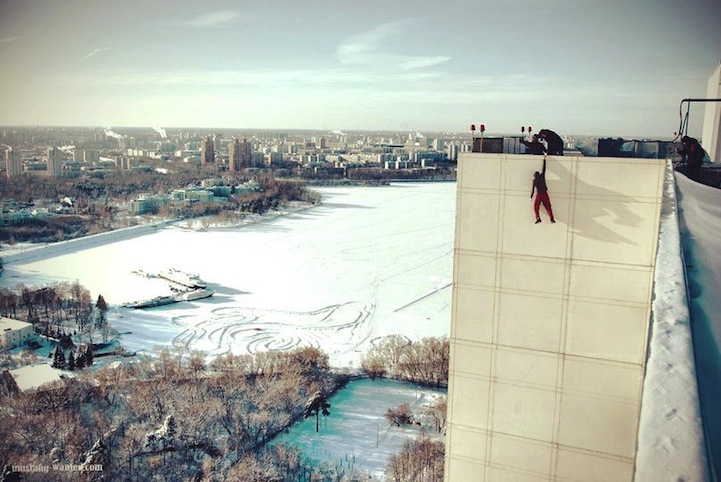 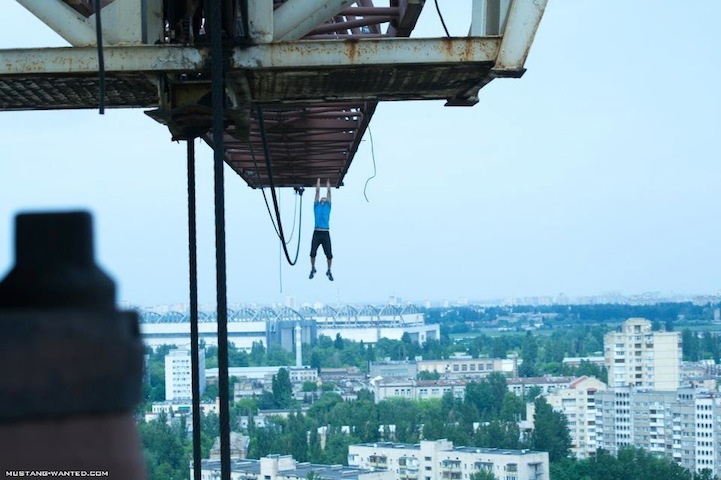 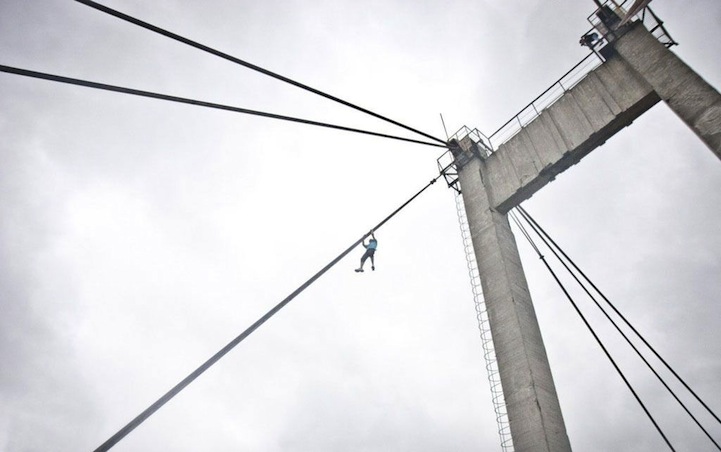 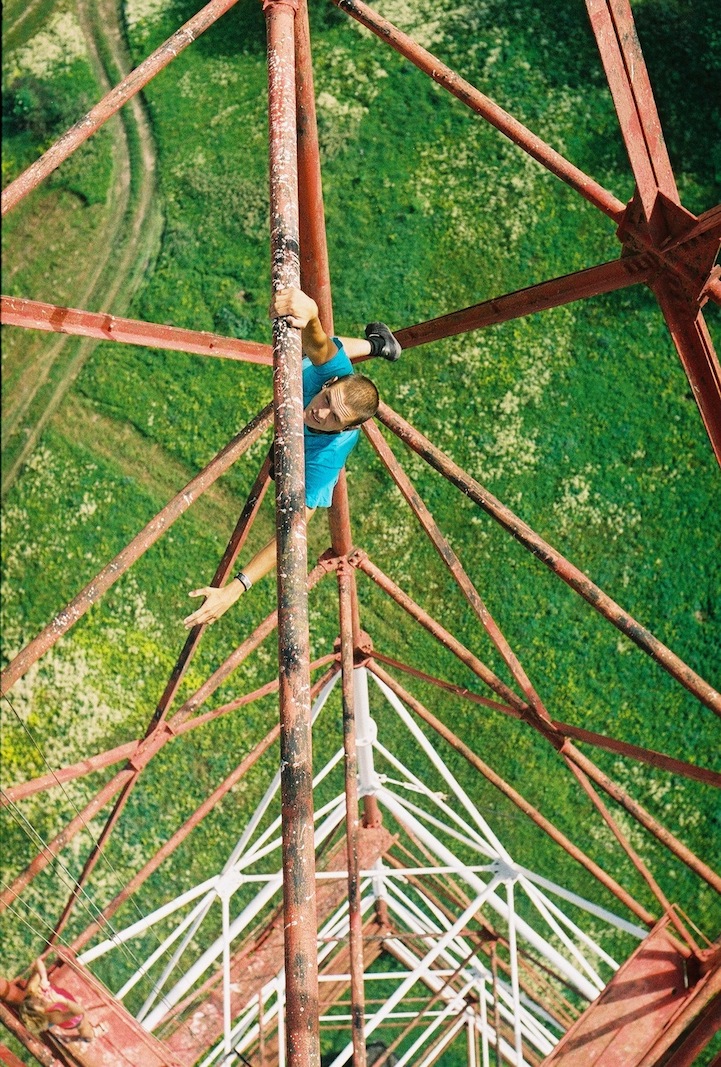 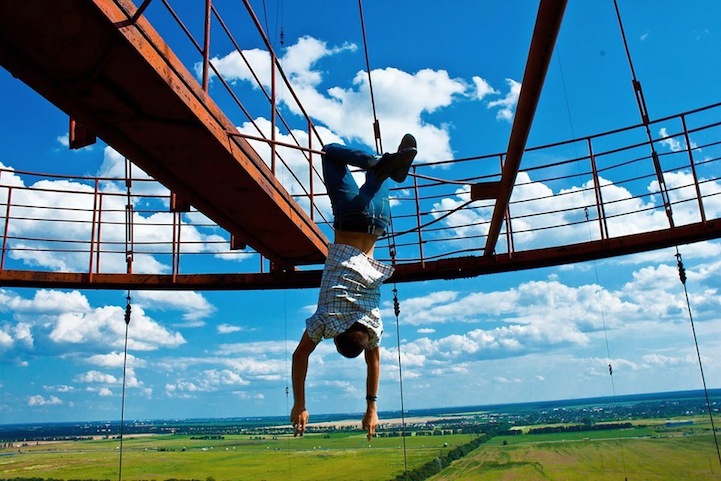 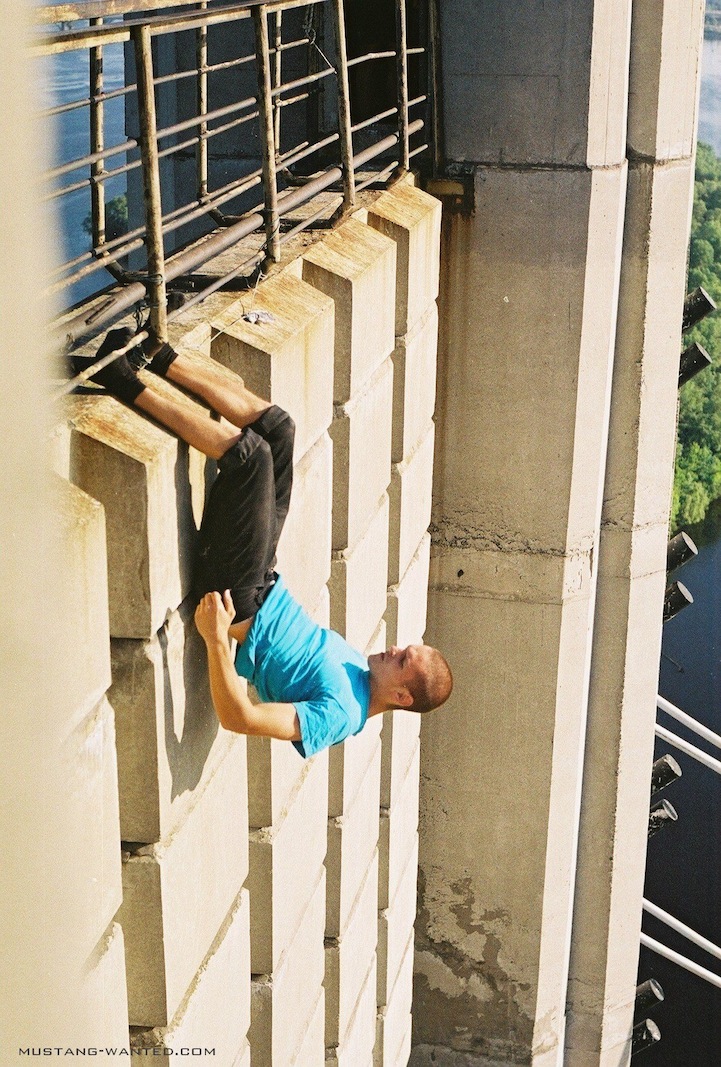 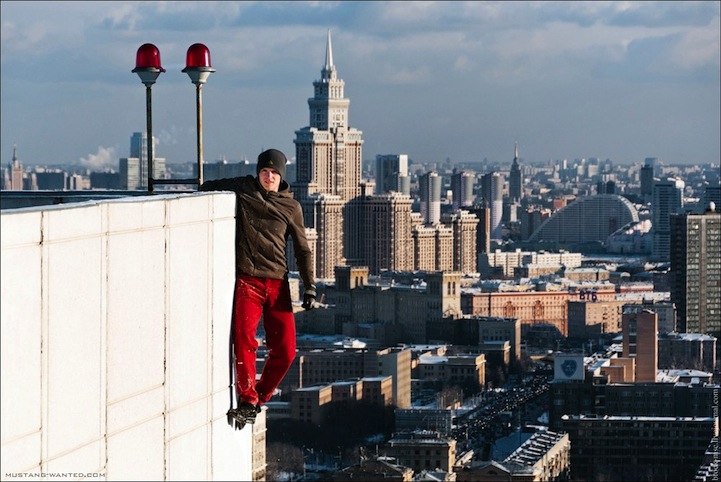 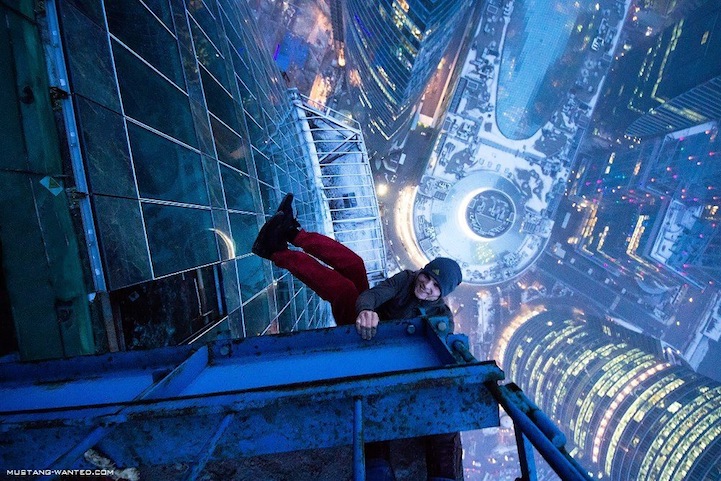 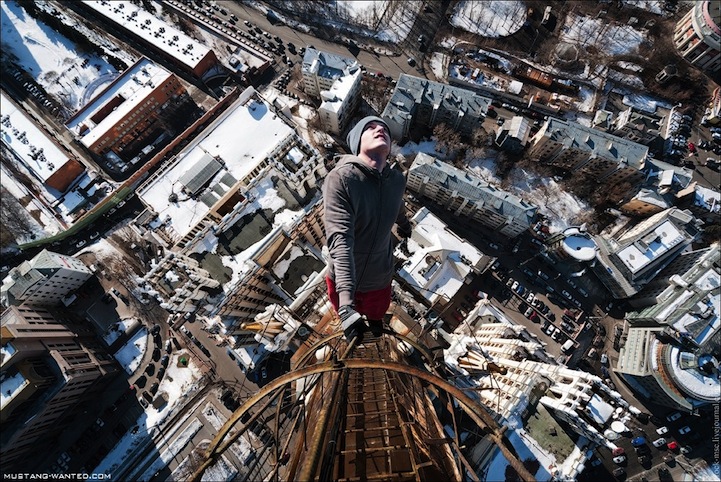