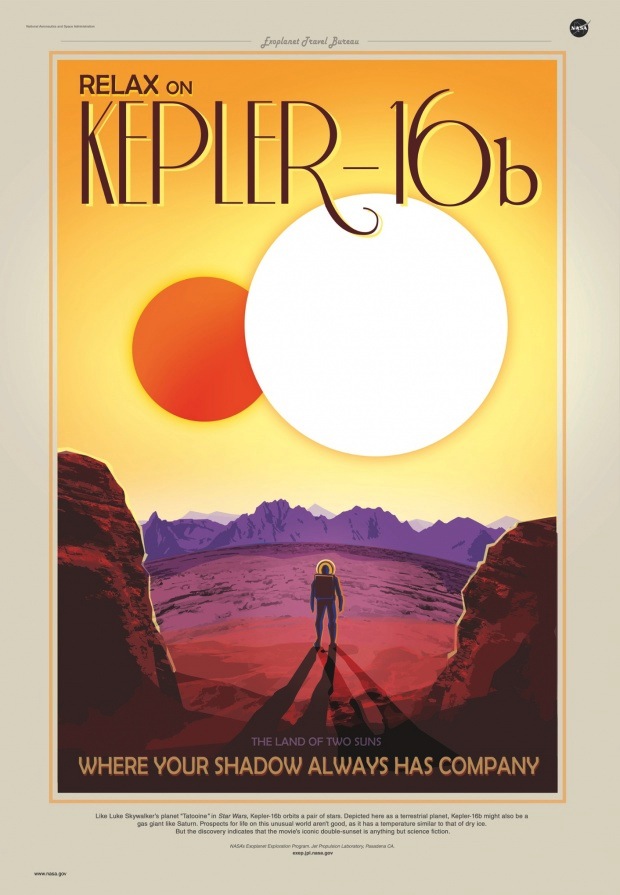 In the Kepler-16b poster, the planet is depicted as a mountainous terrestrial planet with two luminous stars looming on the horizon. The poster notes that Kepler-16b has a harsh climate similar to dry ice, but the fact that it orbits two stars means it shares similarities with the fictional Star Wars planet Tatooine. “Prospects for life on this unusual world aren't good,” the poster's description on NASA's website notes. “But the discovery indicates that the movie's iconic double sunset is anything but science fiction.

Kepler-186f is shown as a juxtaposition between comfortable suburban life and inhospitable galactic conditions. The poster depicts two astronauts standing on one side of a white picket fence as a forest burns hot and red on the other side. The Earth-sized planet shows potential for surface liquid water. “If plant life does exist on a planet like Kepler-186f, its photosynthesis could have been influenced by the star's red-wavelength photons, making for a color palette that's very different than the greens on Earth,” the poster notes.

The final poster pushes planet HD 40307g as a “super earth” with astronomical gravitational powers. The planet weighs in at about eight times Earth's mass, giving it a substantial pull. It seems the gravity equation is the most concrete detail available about the planet for now. Scientists are still figuring out what kind of surface is hidden below impenetrable layers of gas and ice. 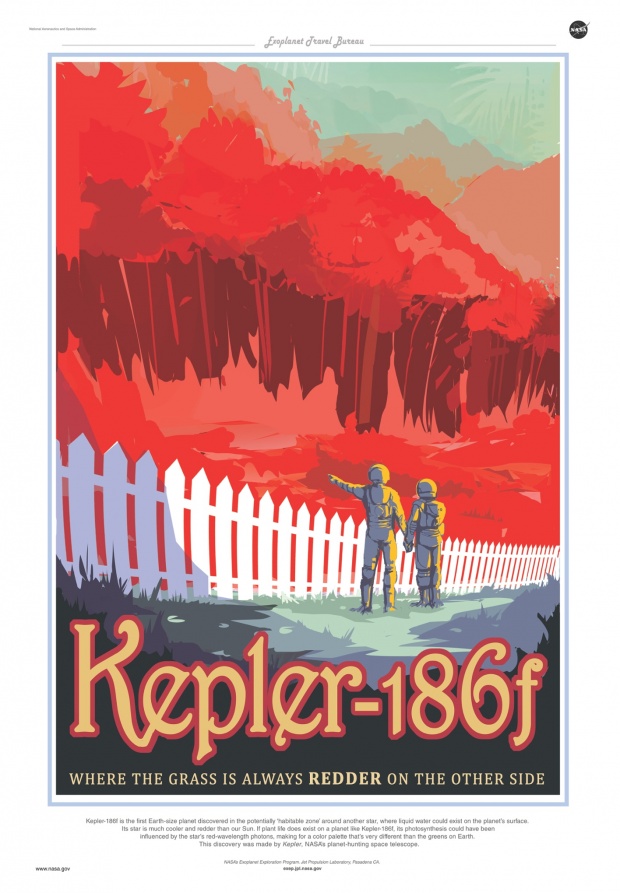 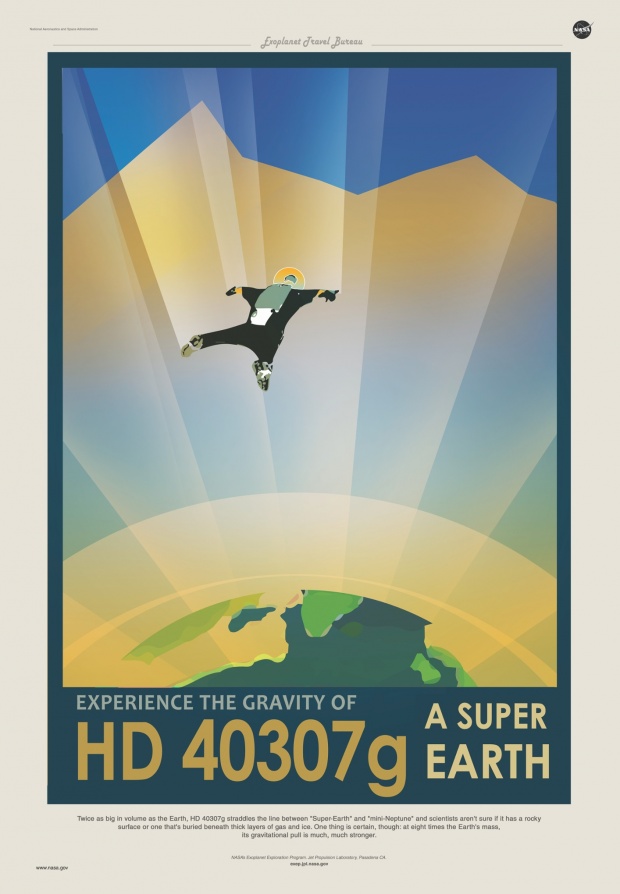 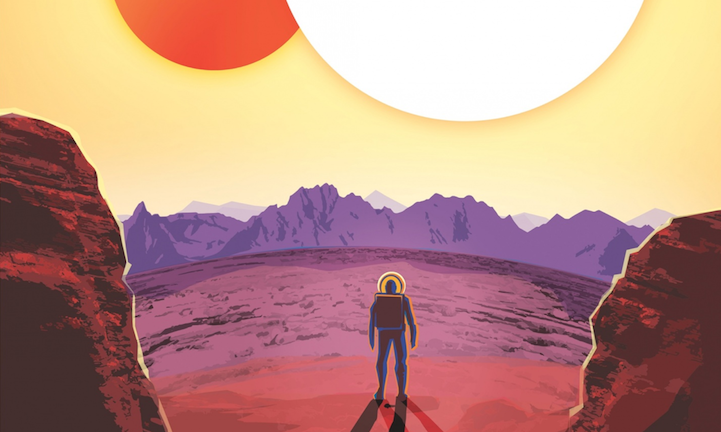 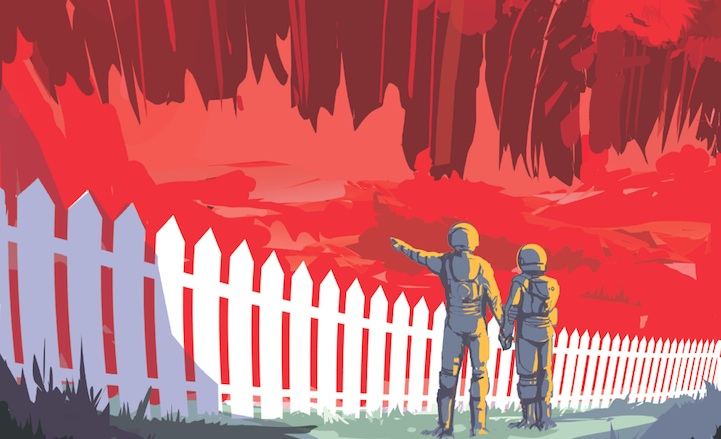