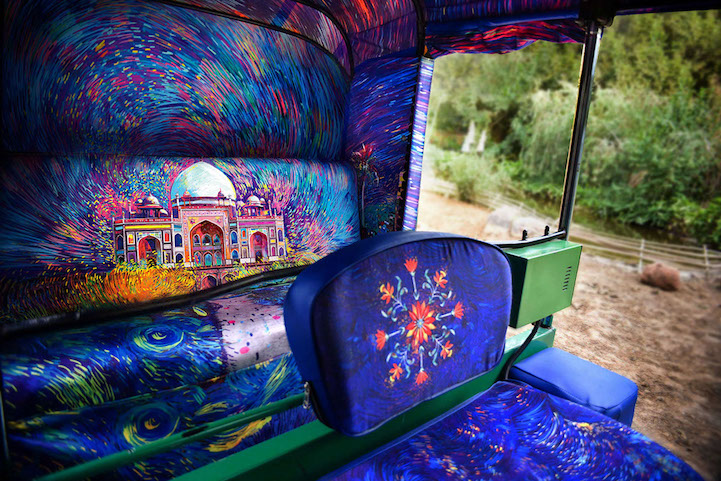 Last year, we were enamored with the creativity of Taxi Fabric, a project that has transformed Mumbai’s many taxis into mobile works of colorful art. Nasheet Shadani is one of the latest designers to collaborate with the Taxi Fabric team, applying a similarly vibrant touch to an auto rickshaw in Delhi. His eye-catching illustration cloaks the interior—including its seating, ceiling, and side panels—in a brilliant van Gogh-inspired scene.

Shadani channeled the iconic Starry Night painting into the backdrop of his illustration, which also features Humayun’s Tomb standing in the foreground among swirling strokes of blue, pink, and yellow hues. “Drawing inspiration from Delhi’s rich history and Mughal heritage,” he explains, “I believe that it encompasses the true spirit of Delhi.” The cultural significance, coupled with a visually engaging interior, makes a bold statement—Shadani’s design is sure to add excitement to an otherwise ordinary rickshaw ride. 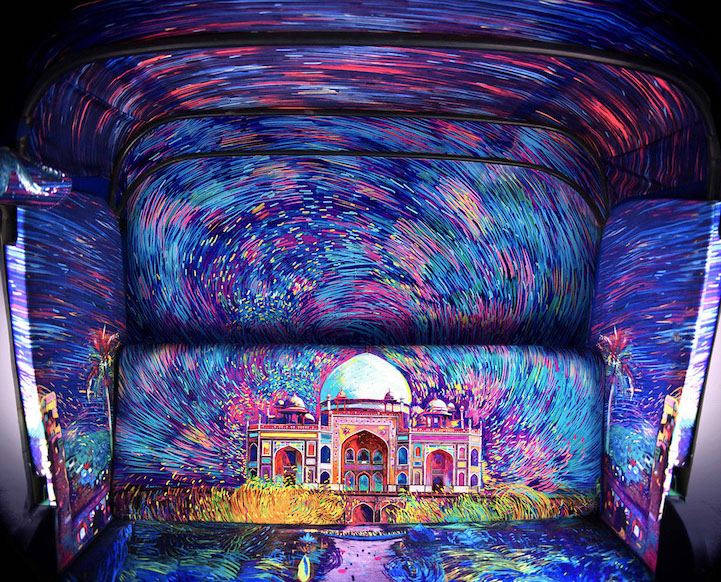 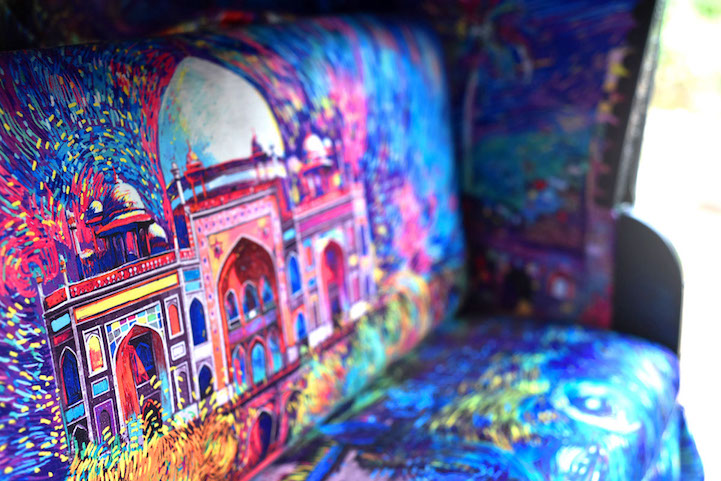 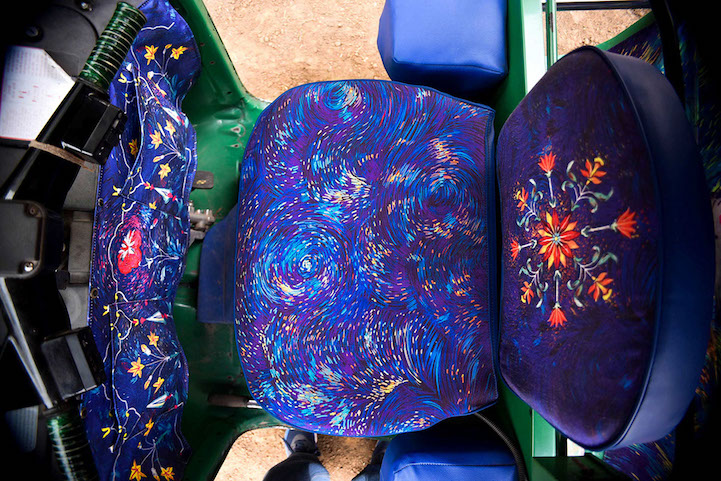 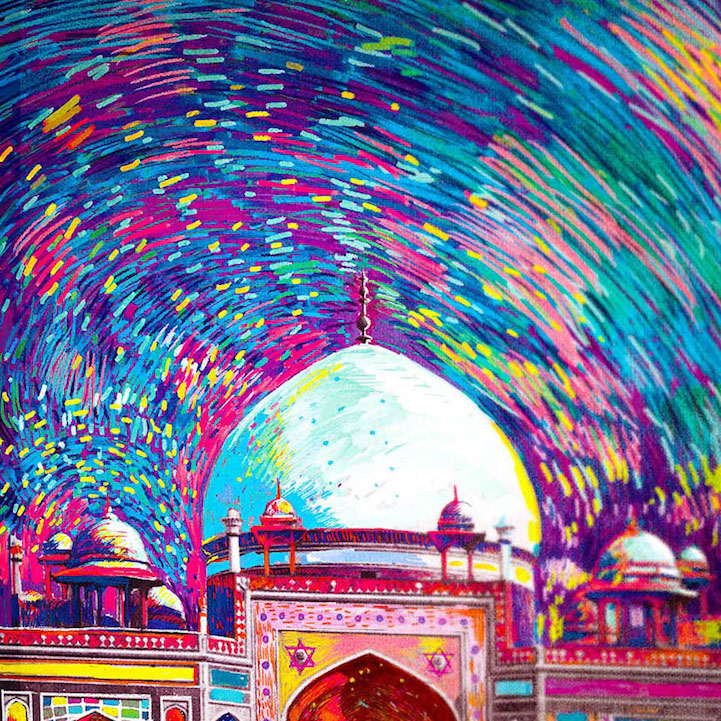 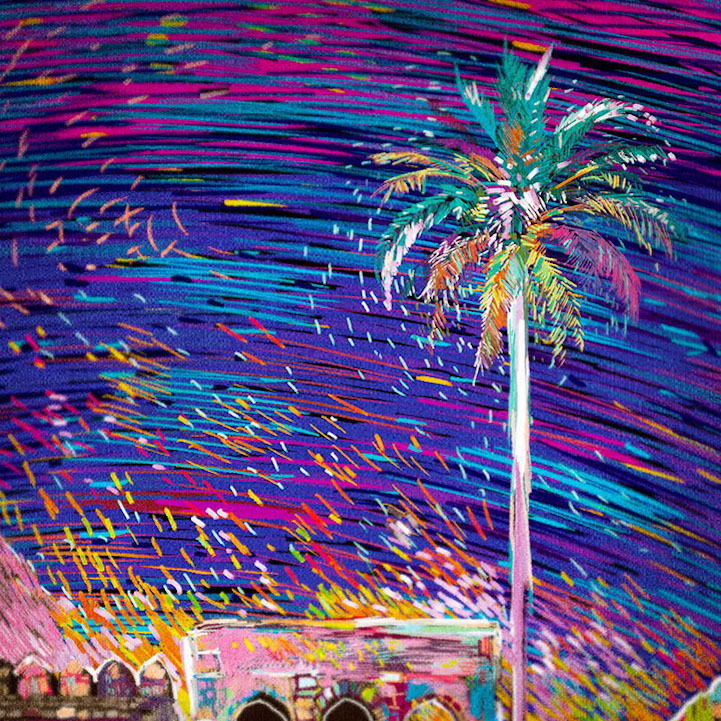 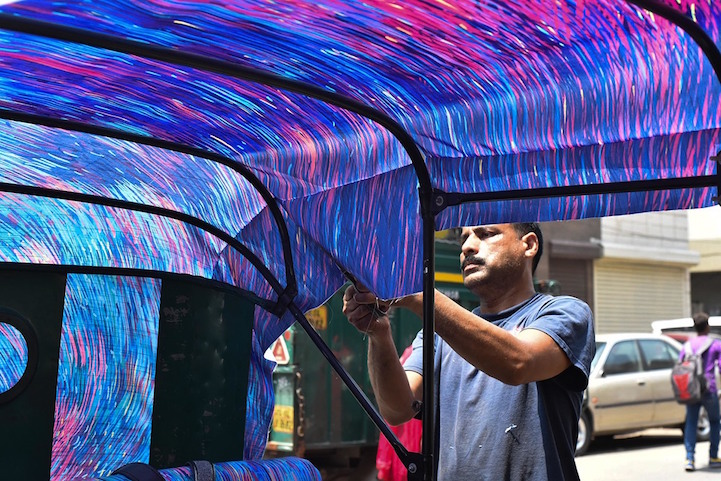 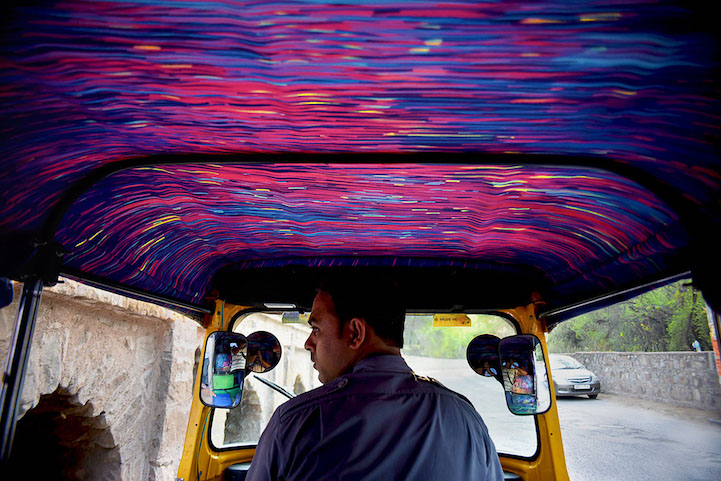 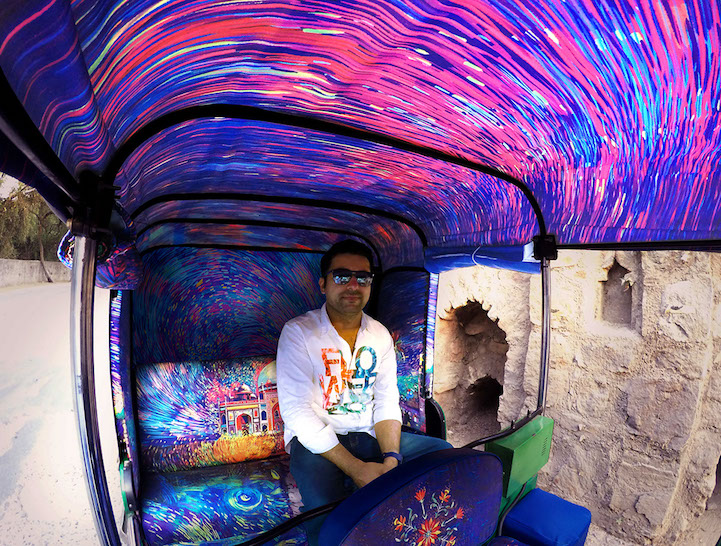 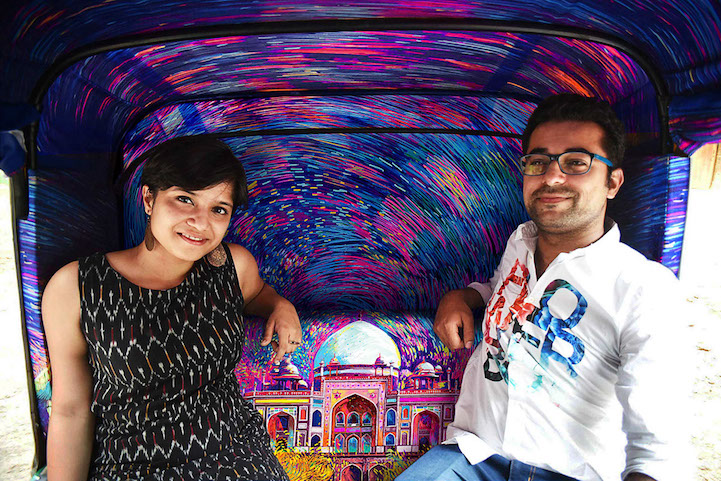 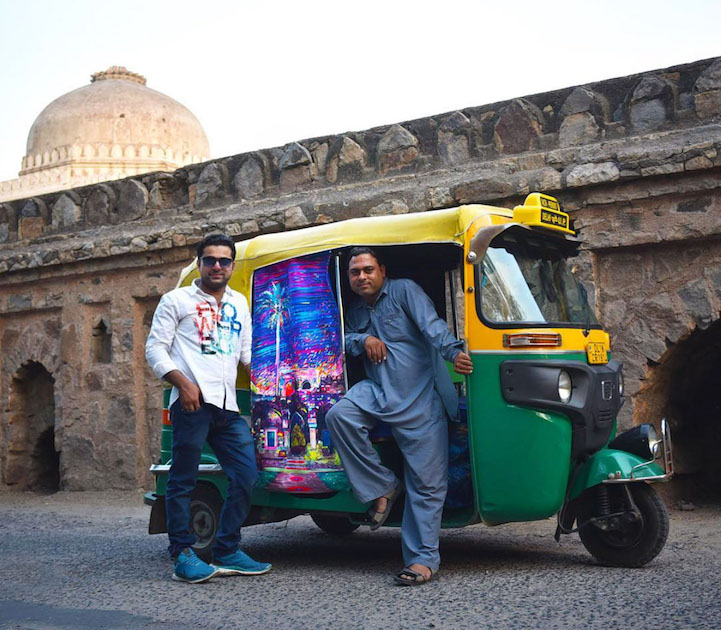 My Modern Met granted permission to use photos by Nasheet Shadani.