National Geographic Calls on Photographers to Show Our Changing World 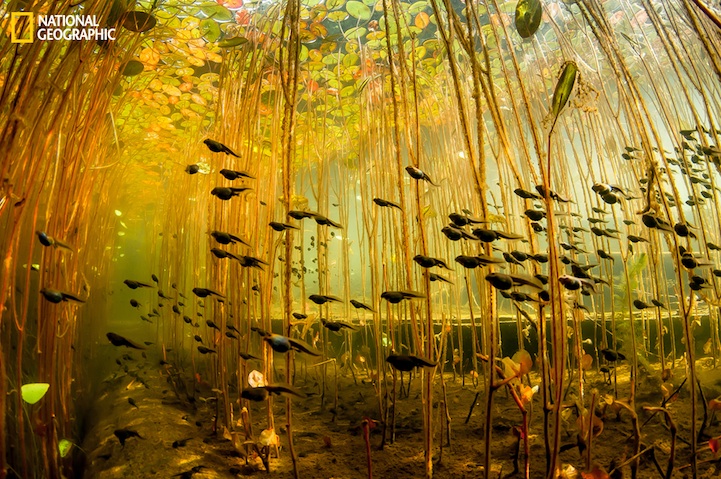 The current assignment is called Explore Our Changing World. Over 10,000 photographers have submitted their photos that capture the idea of change, whether that be in nature, in urban areas or within ourselves.

Courtesy of National Geographic, here are 10 standout photos from that assignment, which ends on October 22. You still have 12 days left to submit your own best photo. For more information on Your Shot, watch this short video.

Above: Cloud of Tadpoles
Photograph and caption by Eiko Jones, National Geographic Your Shot
While photographing lilies in a local swamp a cloud of tadpoles swam by numbering in the thousands, all following along in a trail. 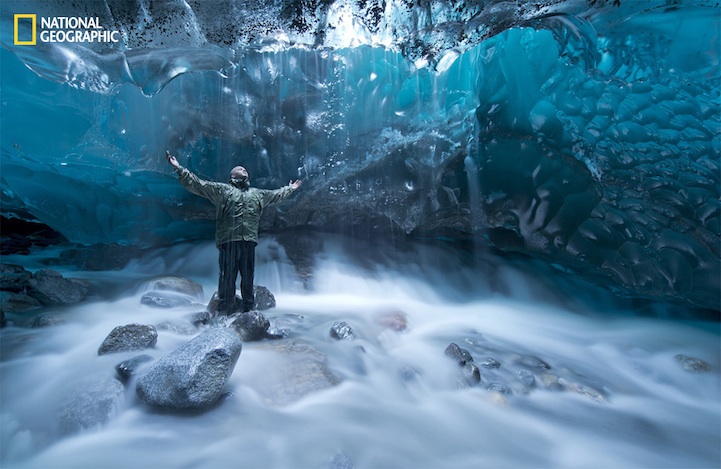 Alive
Photograph and caption by Jonathan Tucker/National Geographic Your Shot
This is a self portrait of myself under a glacier in Alaska. This was by far the most amazing experience. This cave took me two+ hours [to] hike over a mountain side through swamps and about 30 minutes of walking on the glacier itself. This cave, under the glacier, is formed from a waterfall off the mountain that meets the glacier's edge and the cave is around 30 yards deep. When i first walked under the glacier, it was the most breathtaking and scary experience I have lived. 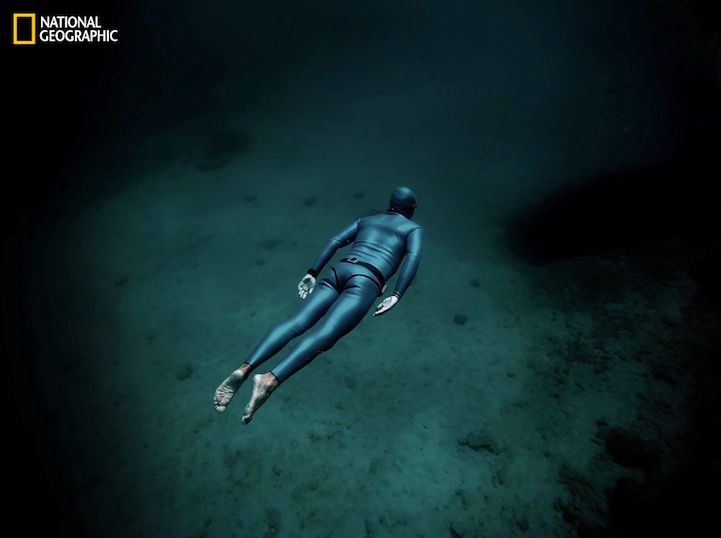 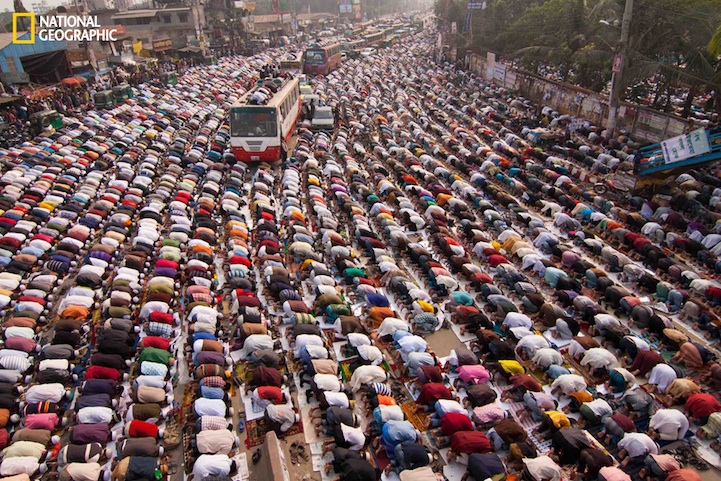 People at Prayer
Photograph and caption by Junaid Ahmed, National Geographic Your Shot
Ijtema is the second largest muslim gatherings in the world after Hazz.The gatherings is so huge that people did not get place at the field to pray jumma prayer and sited themselves at road. 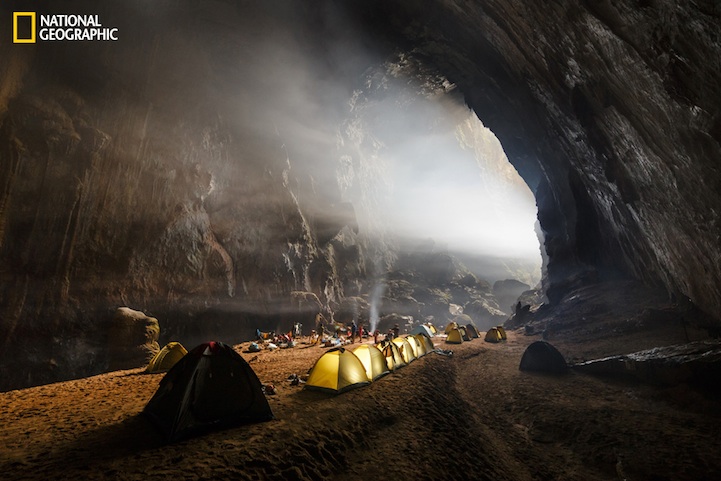 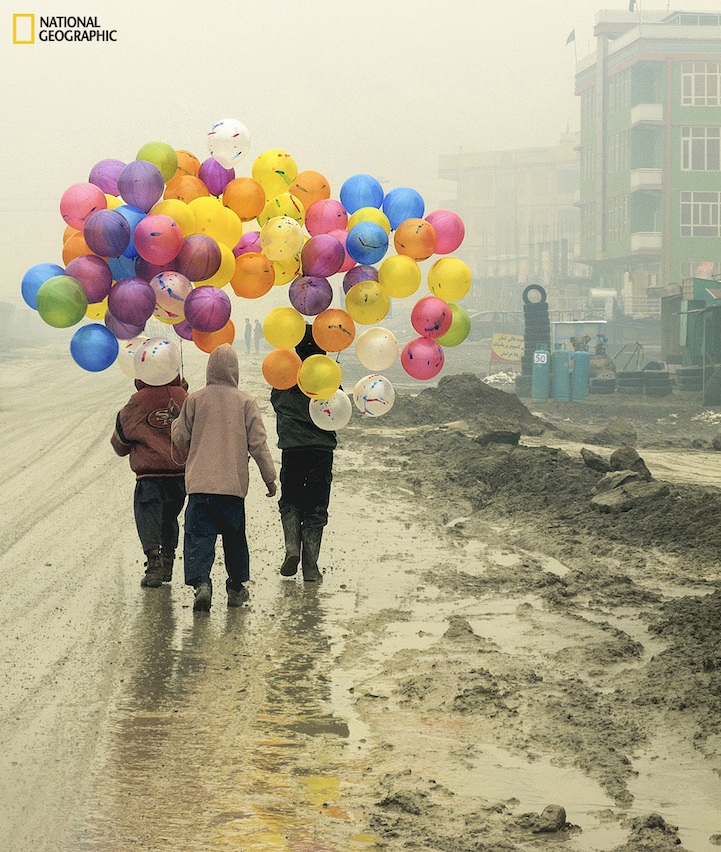 Kabul Balloons
Photograph and caption by Allen Rooke, National Geographic Your Shot
Whilst on mission in Afghanistan for the World Food Programme, I had to travel the 10kms or so every day from the office to the warehouse complex. Winter in Kabul is cold, wet and usually shrouded in a heavy fog. These lads were walking along the road early in the morning and they made my day. 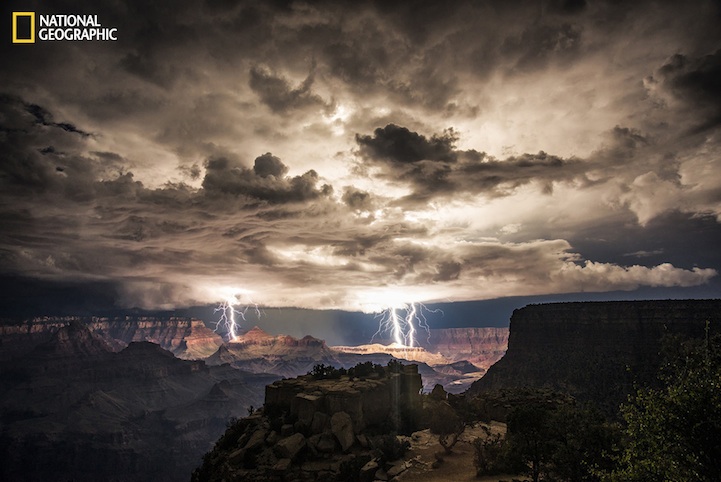 Night of Lightning at Grand Canyon
Photograph and caption by Rolf Maeder, National Geographic Your Shot
It was such a wonderful experience to witness this beautiful thunderstorm far across the Grand Canyon!> 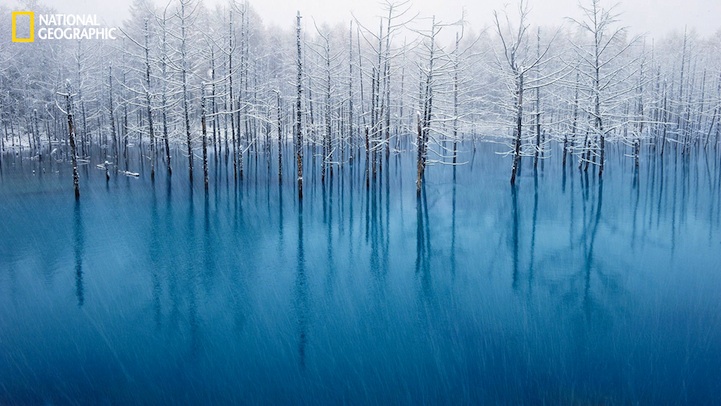 The Most Beautiful Pond in the World
Photograph and caption by Kent Shiraishi/National Geographic Your Shot
I think that this pond is ‘The Most Beautiful Pond In The World!' This “blue pond” is the wonderful pond which changes colors every day. Surprisingly, the blue of the water has no exact explanation, but this phenomenon is attributed to the water contained in the aluminum hydroxide, which is capable of reflecting blue color, just as it does the Earth's atmosphere. All are nature's tints. Biei in Hokkaido, Japan. 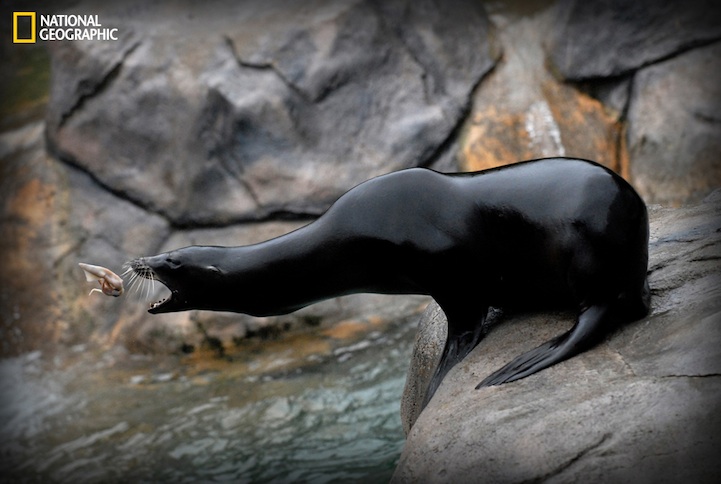 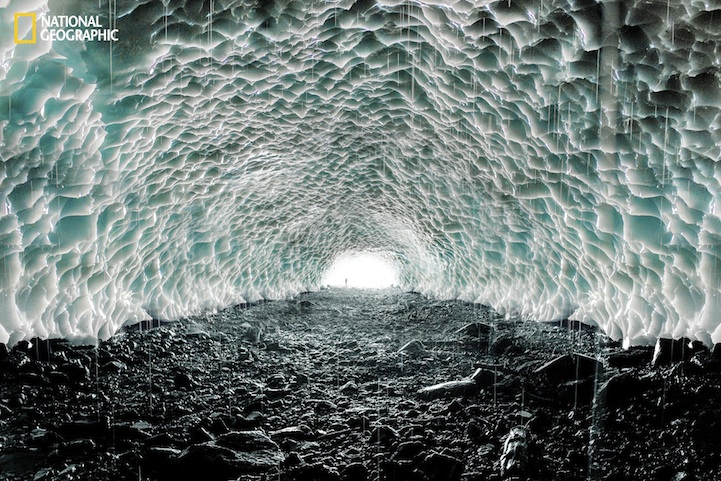 The Ice Caves
Photograph and caption by Andrew Inaba, National Geographic Your Shot
Granite Falls, Washington is home to the Big Four Ice Caves; A large network of tunnels formed from heaps of avalanche-deposited snow, and hollowed by cascading water and warm winds. Spectacle and beauty must come with respect, as the ice is prone to collapse and cave-ins.