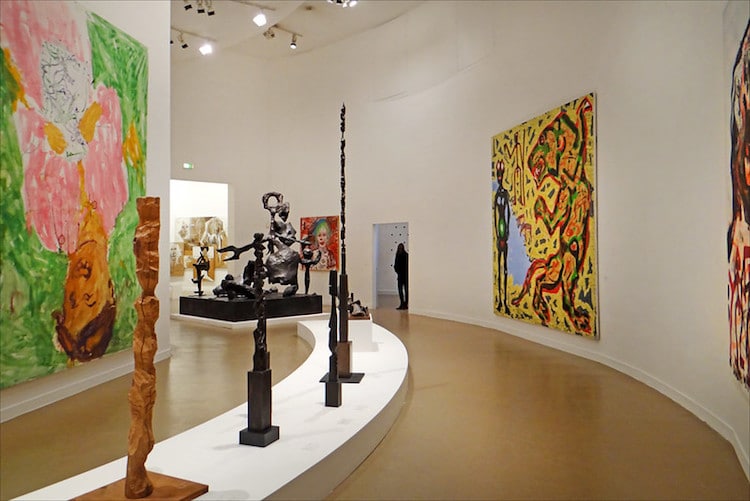 At the start of the 20th century, Expressionism turned the art world on its head. Spearheaded by German artists aiming to distort reality and “express” emotion, this modernist movement called for bright colors, bold brushstrokes, and energetic compositions. While Expressionism's popularity waned by 1920, it has since sparked several styles and genres, with the Neo-Expressionists—a pack of daring artists—leading the charge.

Learn how this art movement took form in places like France, Germany, and the United States, and its legacy today. 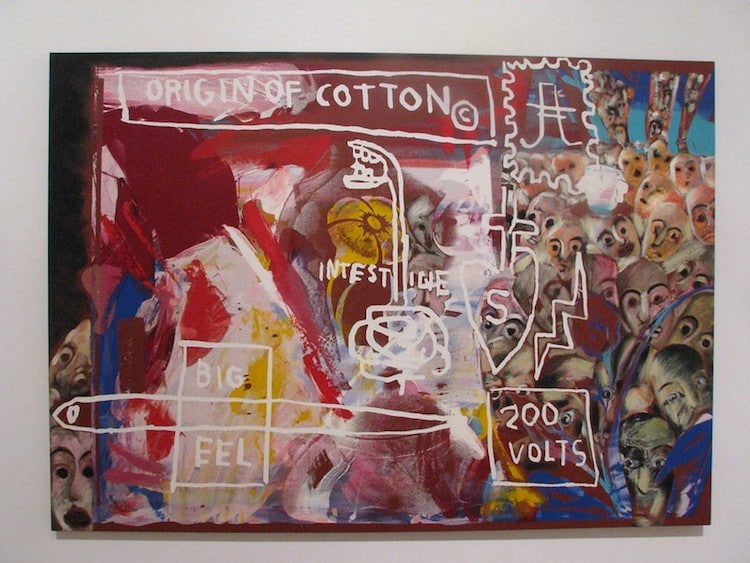 Neo-Expressionism is an international art movement that made its debut in the late 1970s. Wildly popular with consumers, the movement dominated the art market for over a decade. Neo-Expressionist work was largely inspired by the intense color and figurative subject matter embraced by the Expressionists, whose founders fell into two schools: Die Brücke (“The Bridge”) a Dresden-based band of artists who favored primitive subjects and distorted configurations; and Munich's Der Blaue Reiter (“The Blue Rider”), a group focused on the belief that art is more than meets the eye.

With such eclectic source material, it comes as no surprise that Neo-Expressionism manifested as numerous movements around the world, including Neue Wilden in Germany, Transavanguardia in Italy, Figuration Libre in France, and various offshoots in the United States. 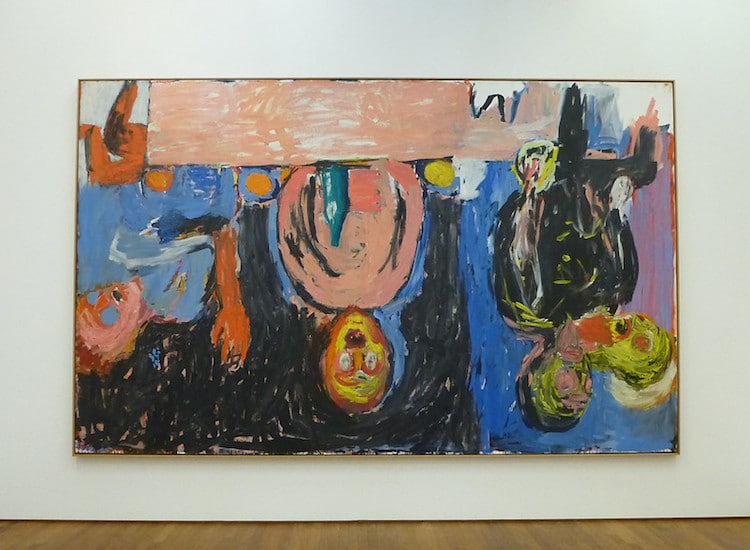 Germany saw the Neue Wilden, or “New Fauves,” emerge in 1978 with the work of Markus Lüpertz, Georg Baselitz, Jörg Immendorff, Anselm Kiefer, and A. R. Penck. Using vivid colors and textured brushstrokes, these painters crafted “provocative models of intention, imagination, and quality” that rejected the avant-garde nature of Minimalism and Conceptualism—the dominant movements of the time—and embraced age-old artistic practices.

“There’s no painting style that does not come from a column, a Mycenaen smile, a broken-off limb,” Lüpertz once remarked. “There are no fine arts that have never been housed in a temple. Every column stump is the beginning of a tree by Munch, which in turn is an arm by Beckmann” 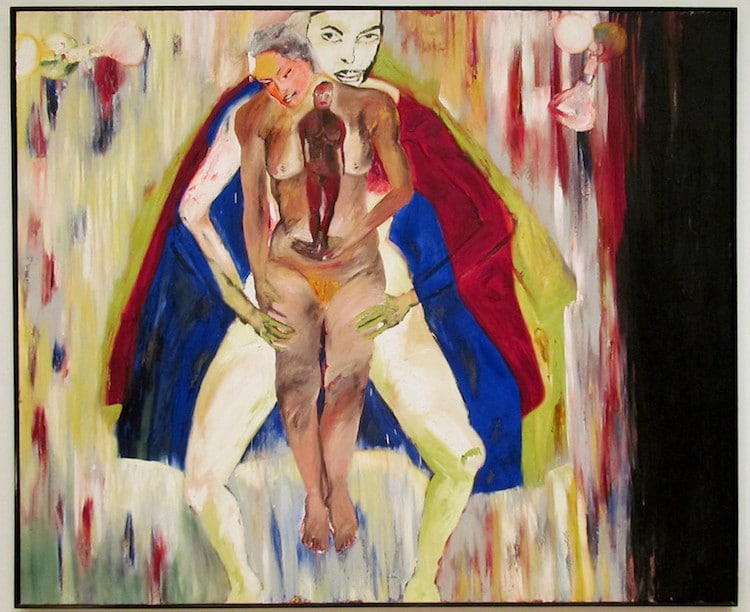 In contemporary Italy, Francesco Clemente, Sandro Chia, Enzo Cucchi, Nicola de Maria, and Mimmo Paladino formed Transvanguardia, or “Beyond the Avant-garde.” Italian art critic and curator Achille Bonito Oliva coined the name Transvanguardia as a nod to the associated painters' reaction against contemporary tastes; like their German counterparts, these artists also rejected a minimalist approach to art. Instead, they favored figurative depictions that conveyed emotion and used mythical motifs. 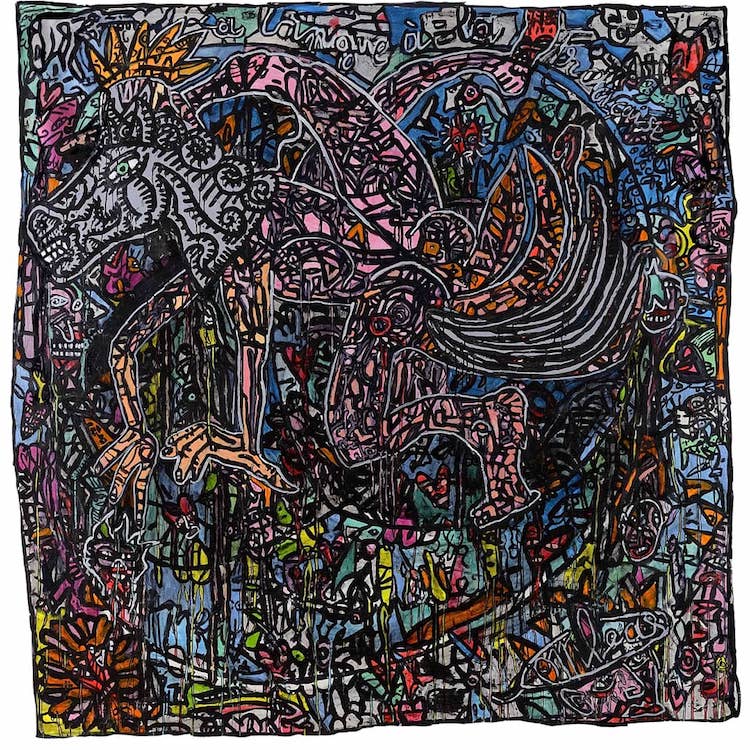 Visual artists Robert Combas, Remi Blanchard, François Boisrond, and Hervé Di Rosa formed Figuration Libre in the early 1980s France. Translated to “Free Style,” the term was conceived by Fluxus artist Ben Vautier, whose words brought the urban movement's colorful, cartoony spirit to life.  “Free from what?” he asked in 1982, “Free to make ugly / Free to make dirty / Free to prefer graffiti from the New York subway to Guggenheim paintings… Free to paint anything at all.” 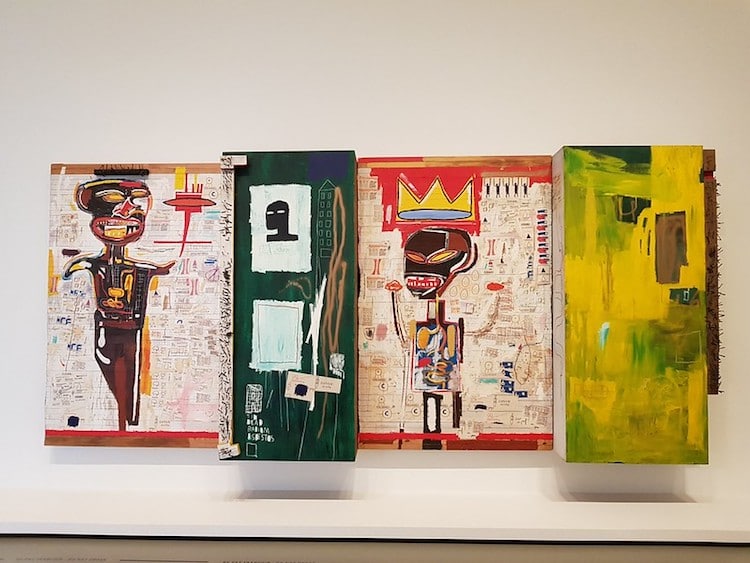 Artists involved with the Neo-Expressionist movement in the United States included Julian Schnabel, David Salle, Robert Longo, and Jean-Michel Basquiat. While American Neo-Expressionists did not identify as a group, they shared an interest in expressing raw, often primitive emotion in their work, which ranged from Schnabel's large-scale “plate paintings” to Basquiat's “chicken scratch,” crown-topped paintings.

A New Spirit in Painting Exhibition

In 1981, work by artists associated with the Neo-Expressionist movement was featured in A New Spirit in Painting, a landmark exhibition at the Royal Academy of Arts in London.

With an emphasis on contemporary trends and a focus on figurative art (“There are outstanding nonfigurative paintings,” the catalog notes, “But we have also decided to omit whole areas of art that are regarded by many today as serious painting”), the show offered the perfect platform for Neo-Expressionists. While curators Norman Rosenthal, Nicholas Serota, and Christos M. Joachimides are credited for launching this “new spirit of painting” into the mainstream, they were criticized for the non-inclusivity of their selections.

Thirty-eight artists (including Neo-Expressionists like Markus Lüpertz, Georg Baselitz, Sandro Chia, and Julian Schnabel, as well as a handful of older big names like Francis Bacon, Willem de Kooning, Andy Warhol, and Frank Stella) were featured in the show. No women were included, revealing the outdated reality of this “new spirit in painting”—and of Neo-Expressionism in particular.

The Legacy of Neo-Expressionism

Today, many major players in the art world have recognized the exhibition's shortcomings—including Norman Rosenthal himself. In fact, in 2018, Rosenthal revisited the seminal exhibition with A New Spirit Then, A New Spirit Now, a show at Almine Rech Gallery in London. While Rosenthal opted to incorporate work by two female artists—Maria Lassnig and Susan Rothenberg—neither of them identify as Neo-Expressionists, illustrating the glaring lack of female artists associated with the movement.

Still, Neo-Expressionism's contributions to contemporary art cannot be overlooked. In addition to revitalizing figurative painting and pushing the boundaries of brushwork and color, critics claim that the movement largely shaped the art world today. “The contemporary art market that exists today,” artist and writer Roger White argues, “its interplay of speculative buying, celebrity culture, and institutional validation, was built on Neo-Expressionism.

Julian Schnabel, however, is less concerned with the movement's role in the bigger picture and more interest in the art itself. “There's been too much attention on marketing,” he said. “Can't we just talk about the paintings?”