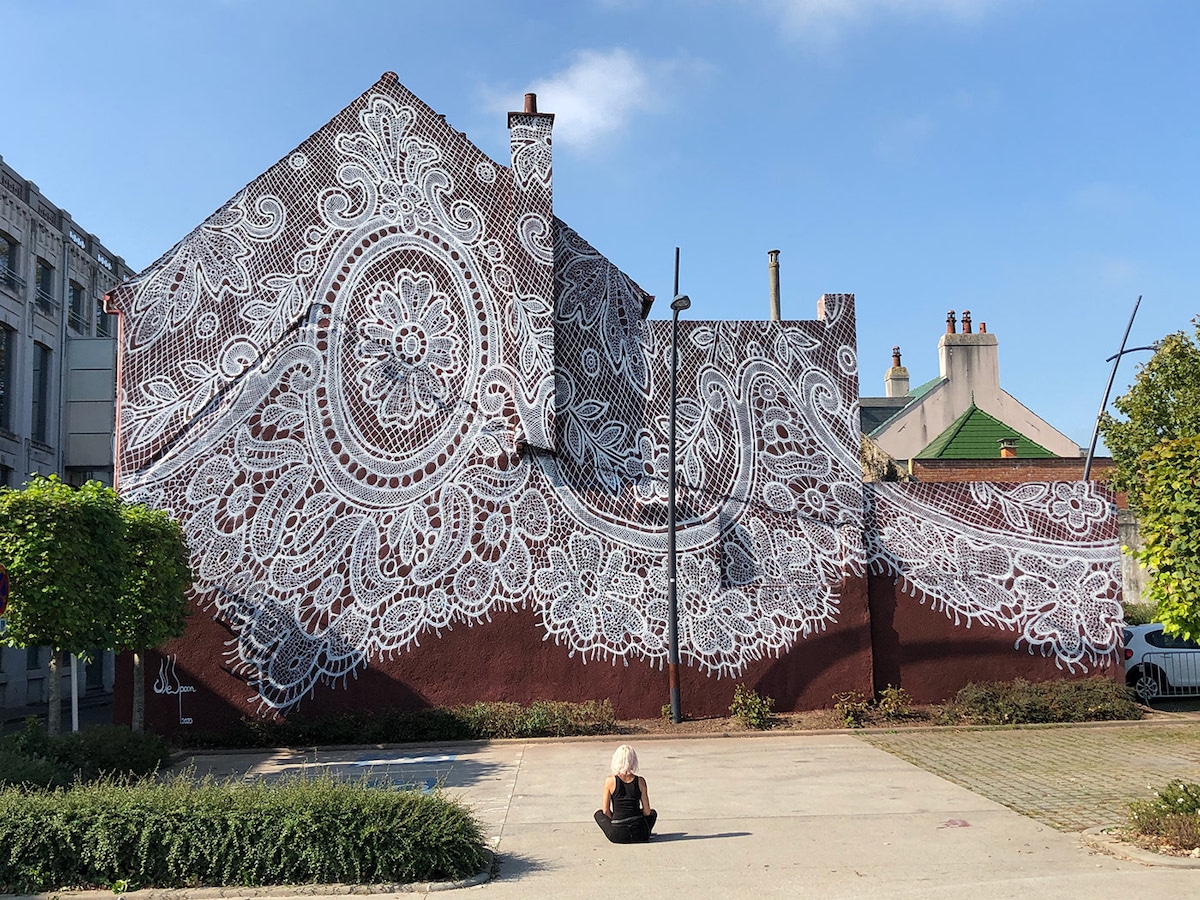 Polish street artist NeSpoon is known for using lace to inspire her artwork. Her most recent mural explores the traditional lace of Calais in a grand painting splashed across the facade of the city's fashion and lace museum.

Located in northern France, Calais was once a hub of lace making. In the early 19th century, British lacemakers escaping economic unrest and harsh patent taxes settled there. This led to an explosion of activity, with nearly 40,000 people being employed in lace factories. Calais' rich history made the town the perfect place for NeSpoon to create one of her intricate lace murals.

She always looks for local lace patterns when planning her work, and so the museum's historical archives made her research easy. If anything, there were almost too many choices of what to create. In the end, she settled on a pattern from 1894. As the museum, which is called Cité de la Dentelle et de la Mode, is located inside a converted 19th-century lace factory, her work is all the more meaningful.

At the time when the building was in use as a lace factory, the entire district where it is located was dedicated to the art form. At its peak, there were as many as 80 lace looms in the factory. Several remain in the museum's collection and can take up to 12 years to master as they control up to 11,000 threads at a time.

As NeSpoon continues her artistic journey, she's pleased to see that the public's perception of lace is slowly changing. “For 10 years, when I deal with lace motifs, I have noticed a growing interest in this art,” she tells My Modern Met. “In the beginning, it was unfashionable, kind of ‘grandma's thing.' Today, in many countries, I meet young girls who are making lace and are interested in this tradition—it is very positive. I hope that what I do shows lace in a new perspective and helps keep this craft alive.”

NeSpoon painted one of her signature lace murals on the fashion and lace museum in Calais. 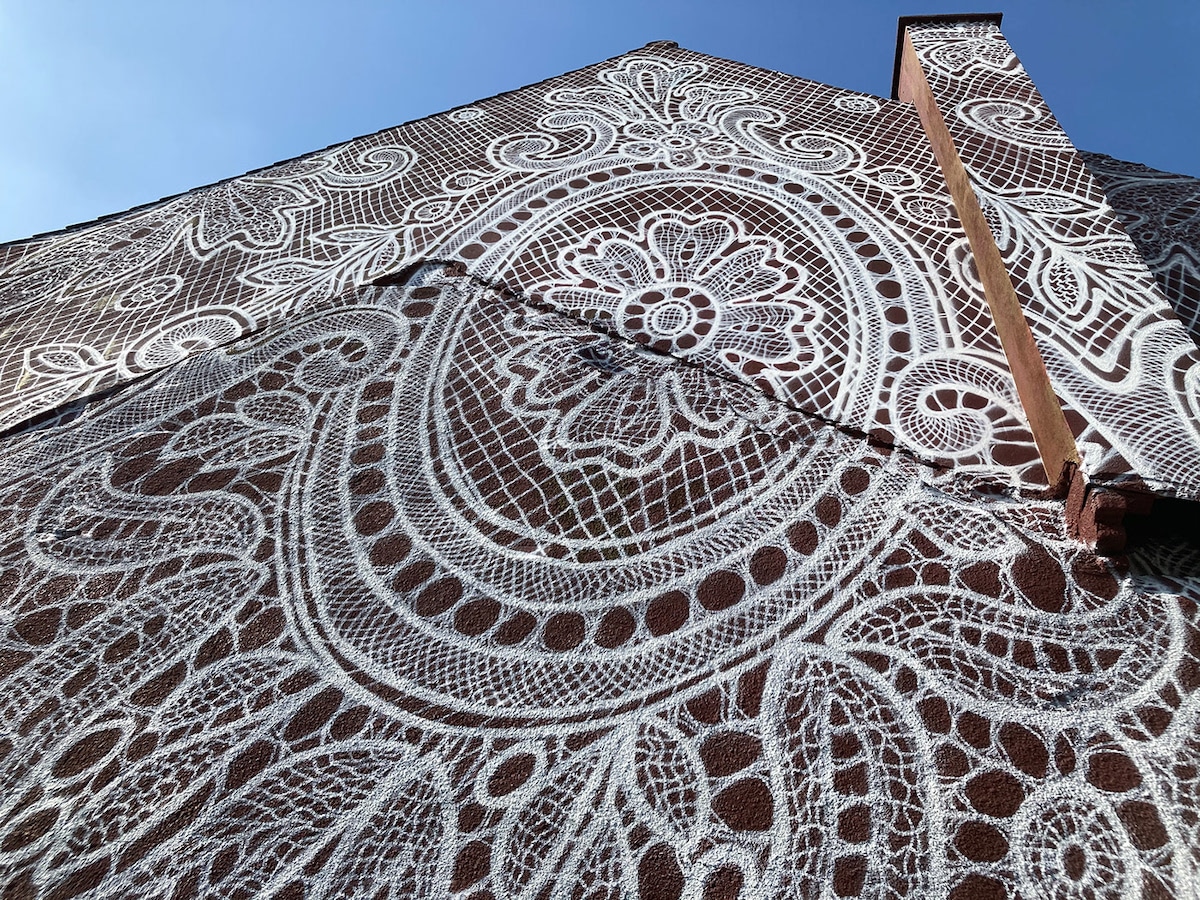 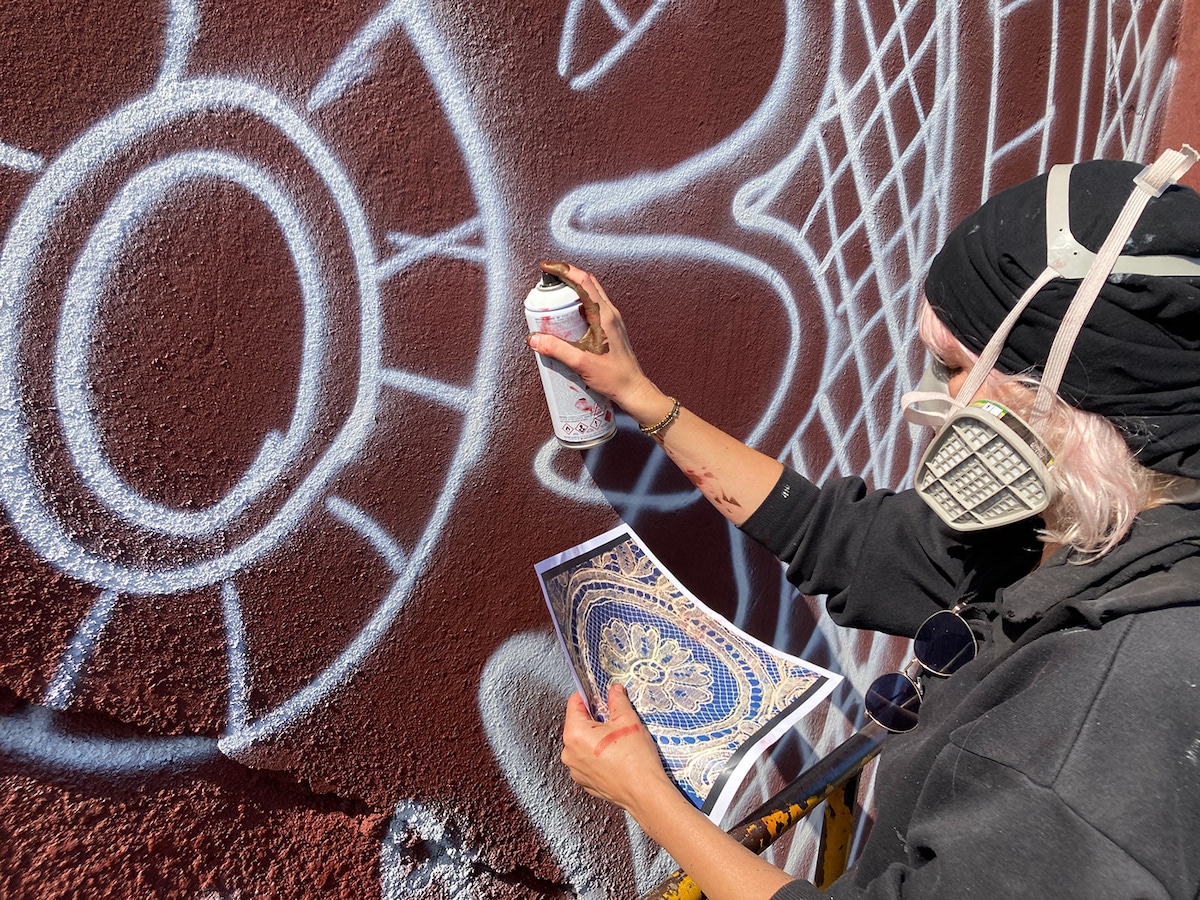 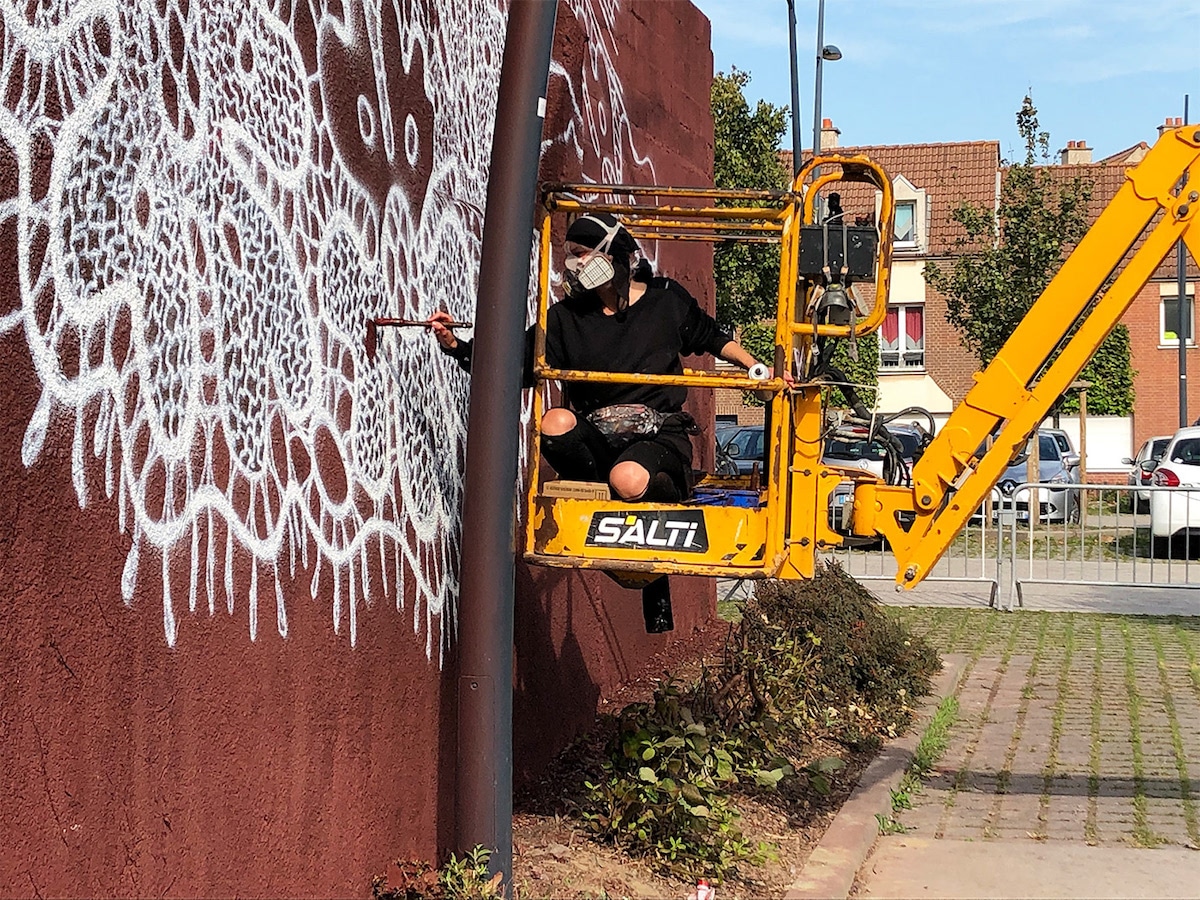 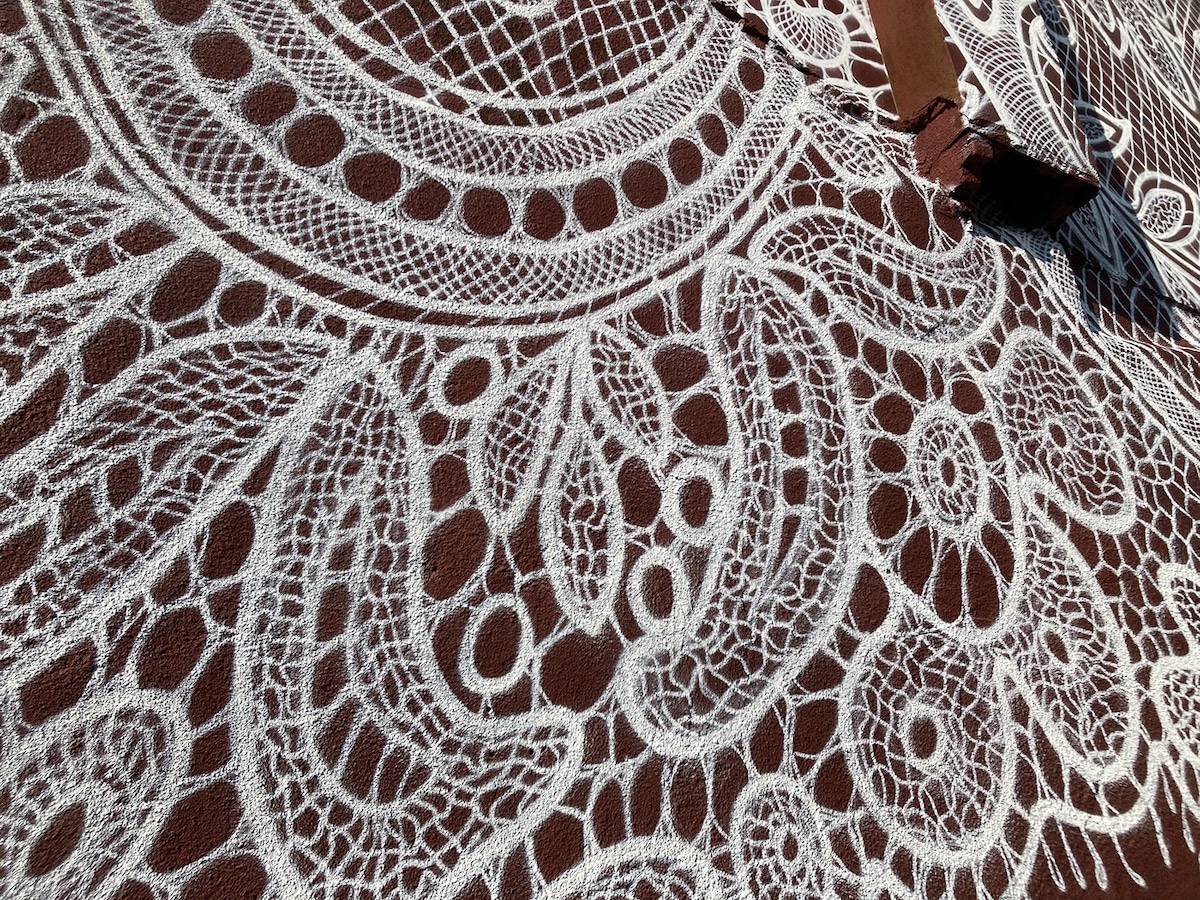 She scoured the museum's archives to find a traditional late 19th-century pattern to inspire her work. 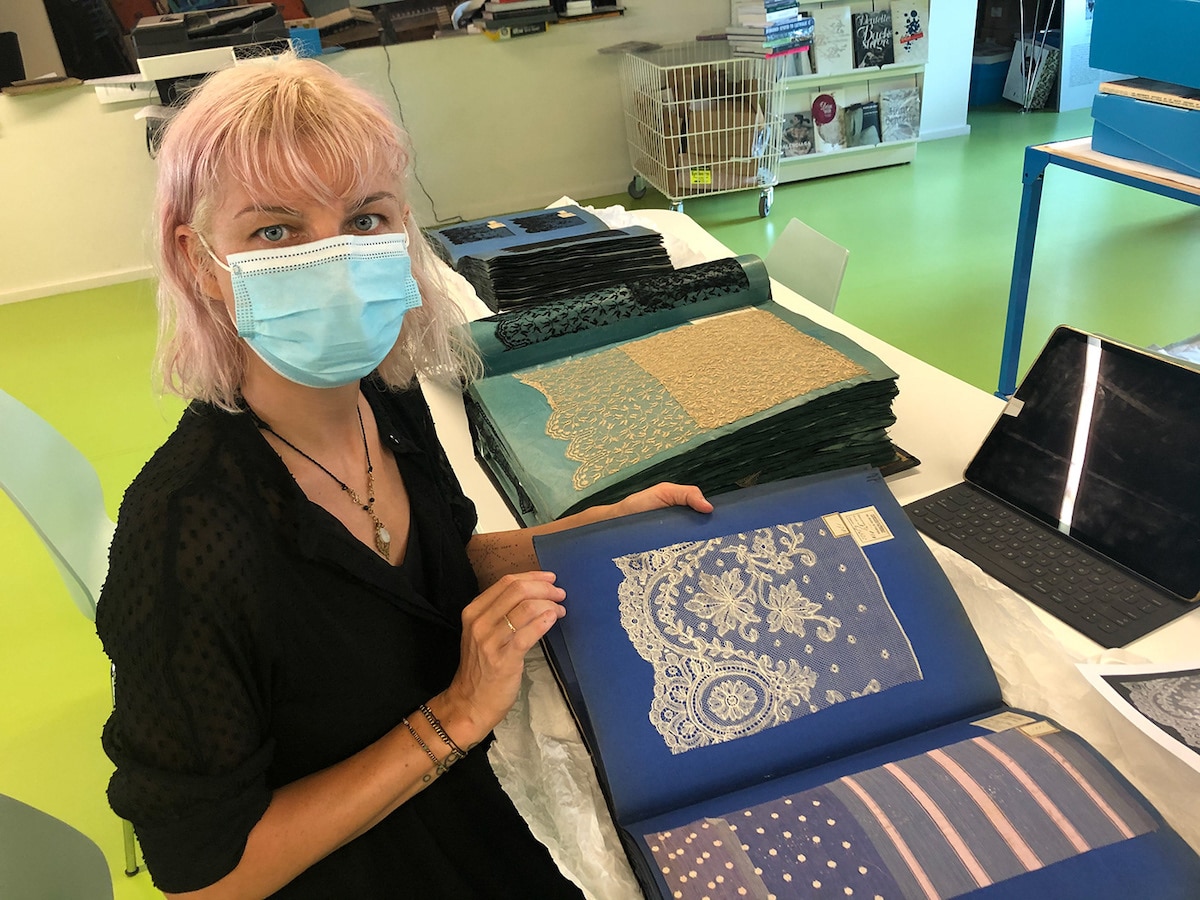 My Modern Met granted permission to feature photos by NeSpoon.

Love lace? Share
Like My Modern Met on Facebook
Get Our Weekly Newsletter
Become a
My Modern Met Member
As a member, you'll join us in our effort to support the arts.
Become a Member
Explore member benefits