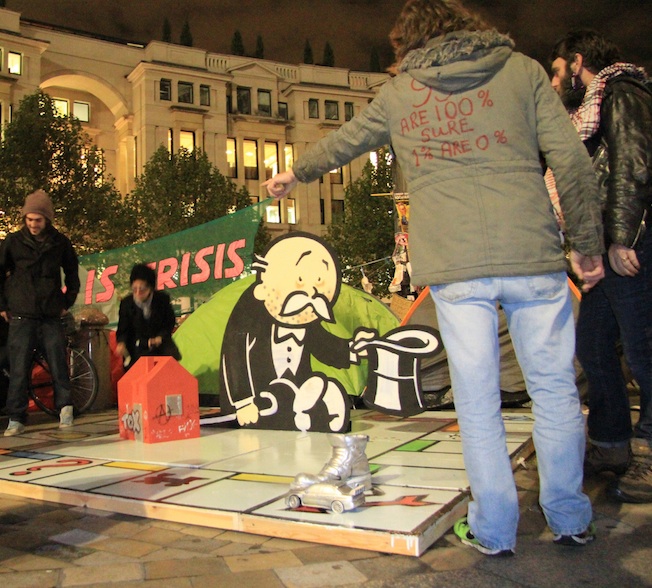 Though we hadn't heard from elusive street artist Banksy in a little while, it should come as no surprise that his latest piece would be for the “Occupy” movement. Popping up at St. Paul's Cathedral for Occupy London, this brand new sculpture features a panhandling Rich “Uncle” Pennybags on a make-believe Monopoly board. According to Demotix, it was created “as a show of support for their protest against corporate greed and corruption.”

Did anyone notice the graffiti and TOX shoutout on the red hotel? 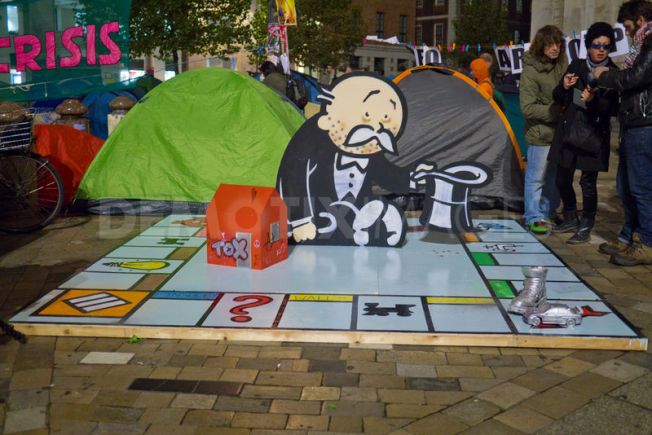 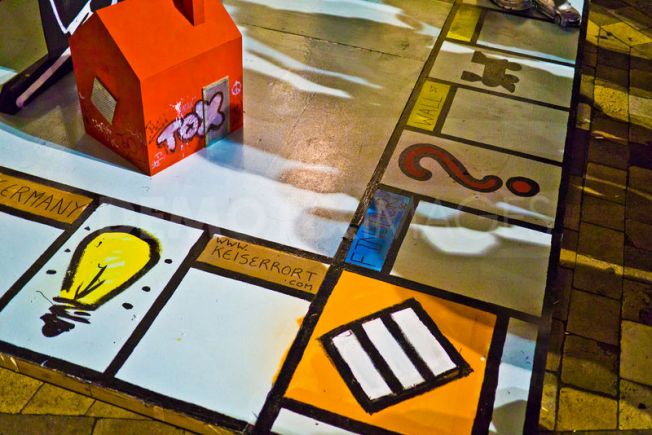 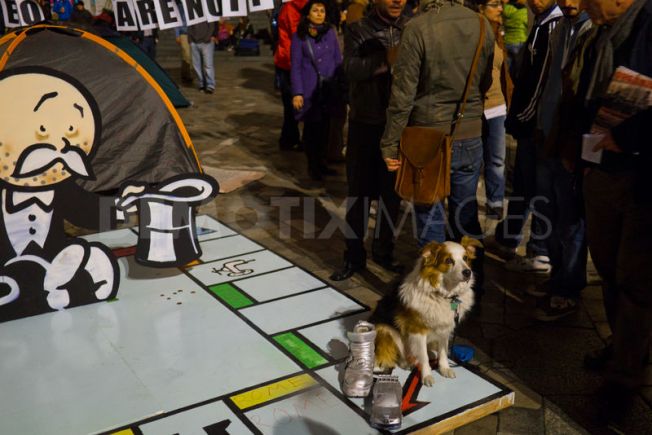