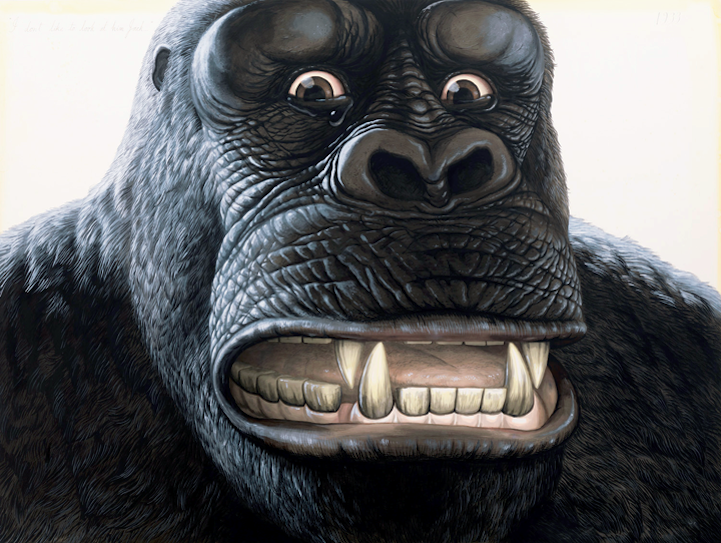 Yesterday, Paul Kasmin Gallery in New York debuted an exhibition of nine new, large-scale watercolor paintings by artist Walton Ford. Viewed for the first time, these monumental works of art include three startling portraits of King Kong, the character based on the 1933 hit movie. The artist wanted to show a different side of the giant ape, one that showed his vulnerability and sad emotions.

As Ford explains to the gallery, “The depression era Kong was misshapen, not modeled on any living ape. He has an odd, ugly, shifting charisma like Cagney, Edward G. Robinson, or Bogart. Naturally, his woman screamed in terror. She continued screaming throughout their time together. The grief of the original Kong is the grief of the unloved, and like Humbert Humbert or Frankenstein, the grief of the unlovable. In 1933, Fay Wray says words that would break any suitor's heart. She shrinks from the chained Kong and tells her human lover, ‘I don't like to look at him…' Since Kong is a Hollywood tough guy, he covers up his heartbreak with violence and anger. These paintings are about Kong's heartbreak. I wanted to reveal the monster's grief, his enormous sadness, the sorrow that the original Kong kept hidden from view.” 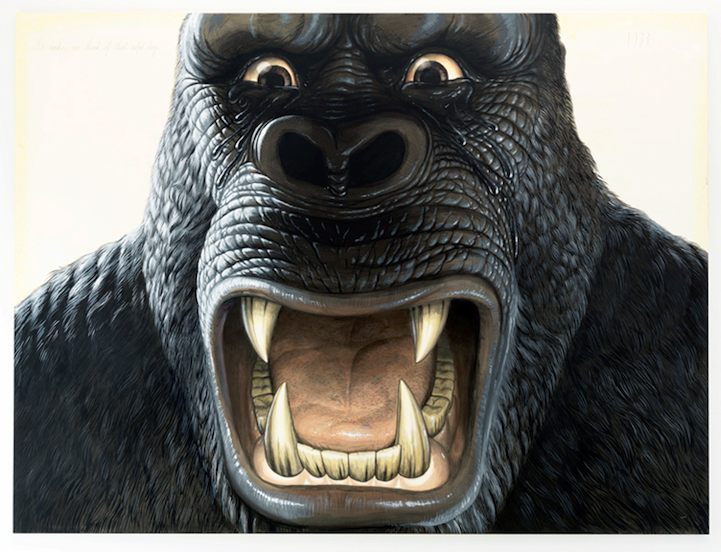 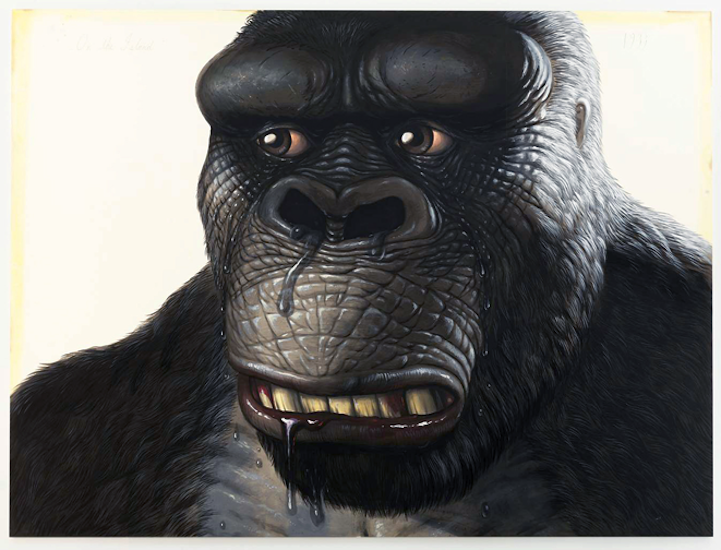 These paintings can be found at Paul Kasmin Gallery from now till December 23, 2011.