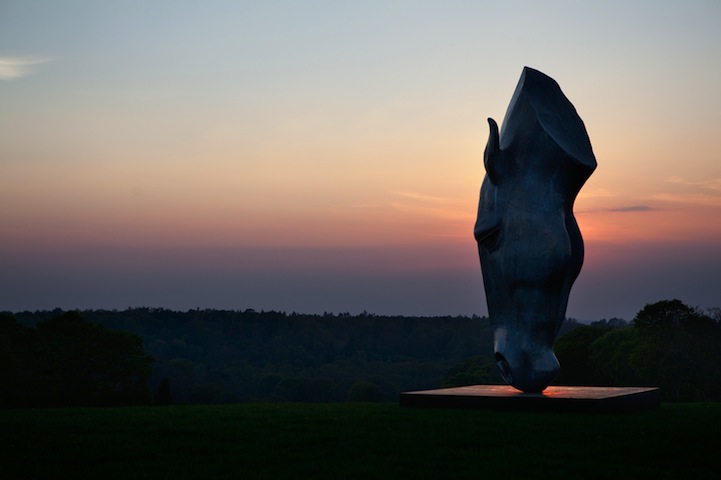 British artist Nic Fiddian-Green is best known for his signature sculptures of giant horse heads, which are often inspired by his own chestnut hunter George. He casts all of his own work rather than sending it out to be produced in a factory, and each piece is a one-of-a-kind, distinct carving, formed out of bronze and beaten lead.

Still Water is a bronze installation located in London, England. The design stands more than 30 feet high and features a horse head balanced on the tip of the nose. After spending hundreds of hours creating the sculpture, and with great pride for his work, Fiddian-Green recently hired a cherry-picker to lift him up 30 feet in order to clean off the pigeon poop that was splattered across the surface.

Fiddian-Green, his wife, and their four children have several family horses, and the artist says he often uses the horses as models for his work. All of his work is equine-focused, and in explaining how that came to be, he says, “I did a foundation course at Chelsea Art School and while I was there I had a chance encounter with the great Horse of Selene, one of the Elgin Marbles at the British Museum taken from the east pediment of the Parthenon. The encounter paved my future. The horse's head was so beautifully made…It was as if it had been carved by the gods: a lesson in balance and harmony and proportion. Immediately it became my benchmark. For the past 30 years I've focused on capturing the beauty of a horse's head.” 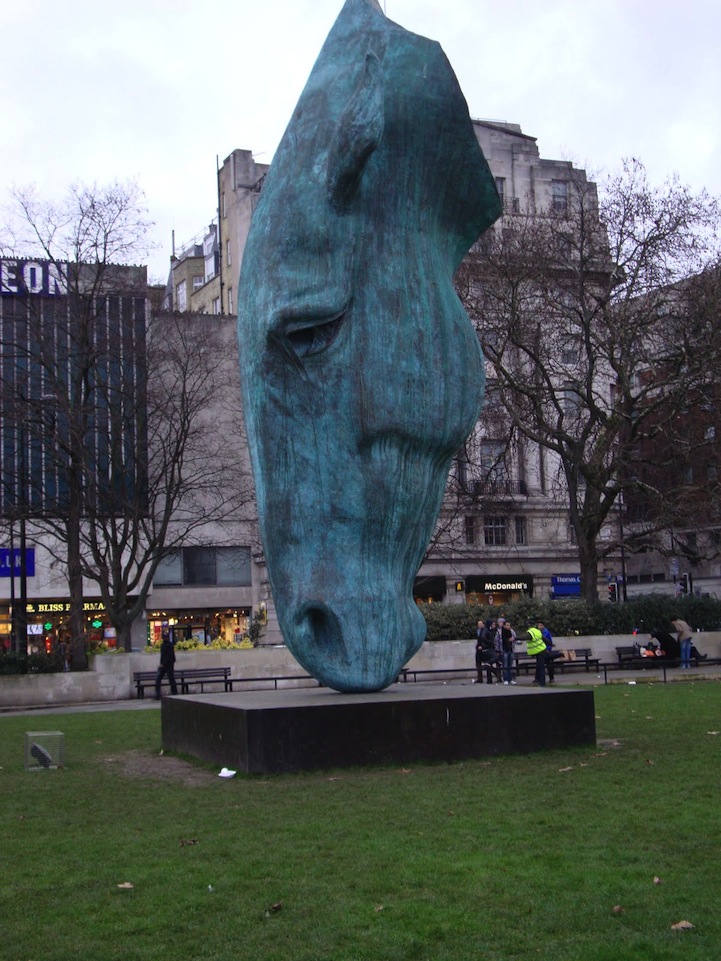 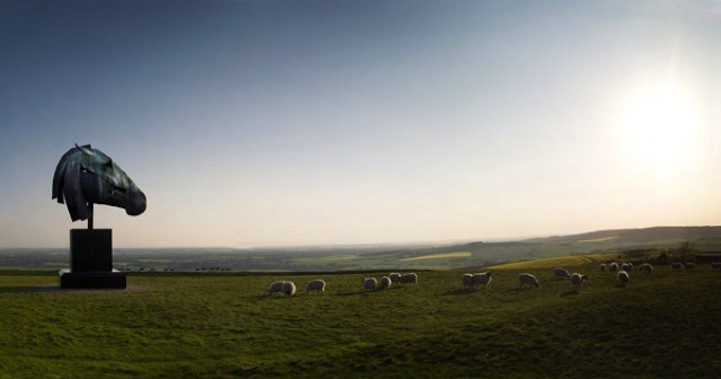 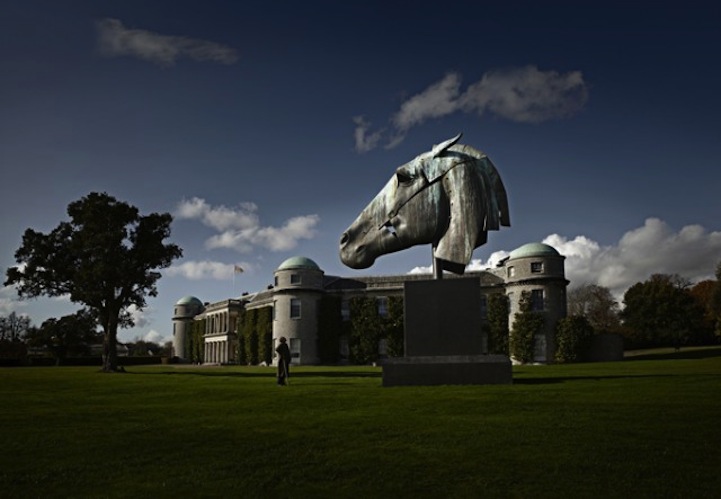 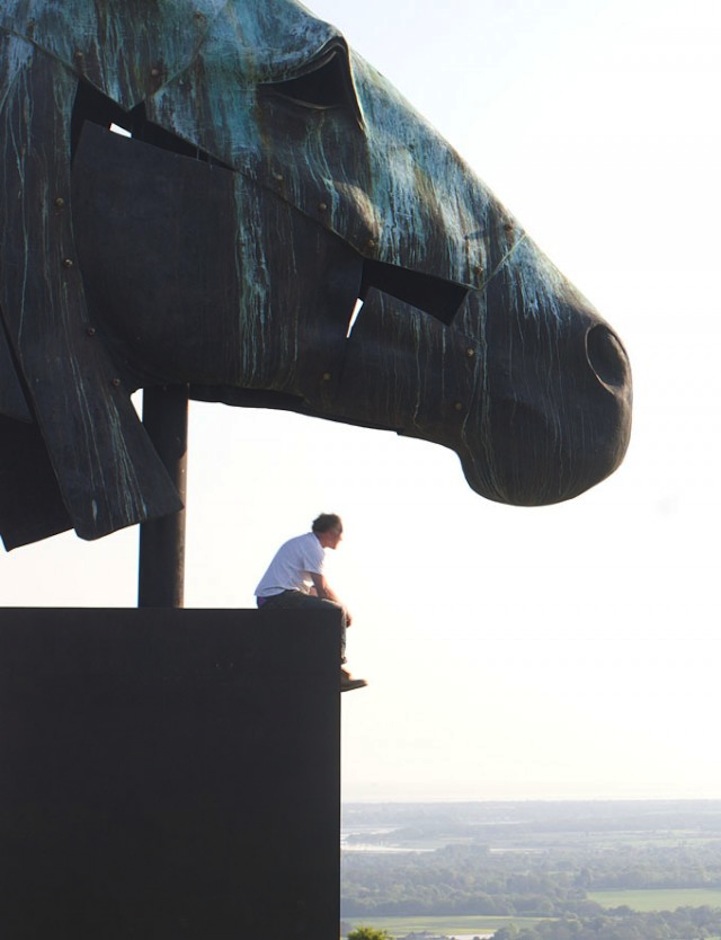 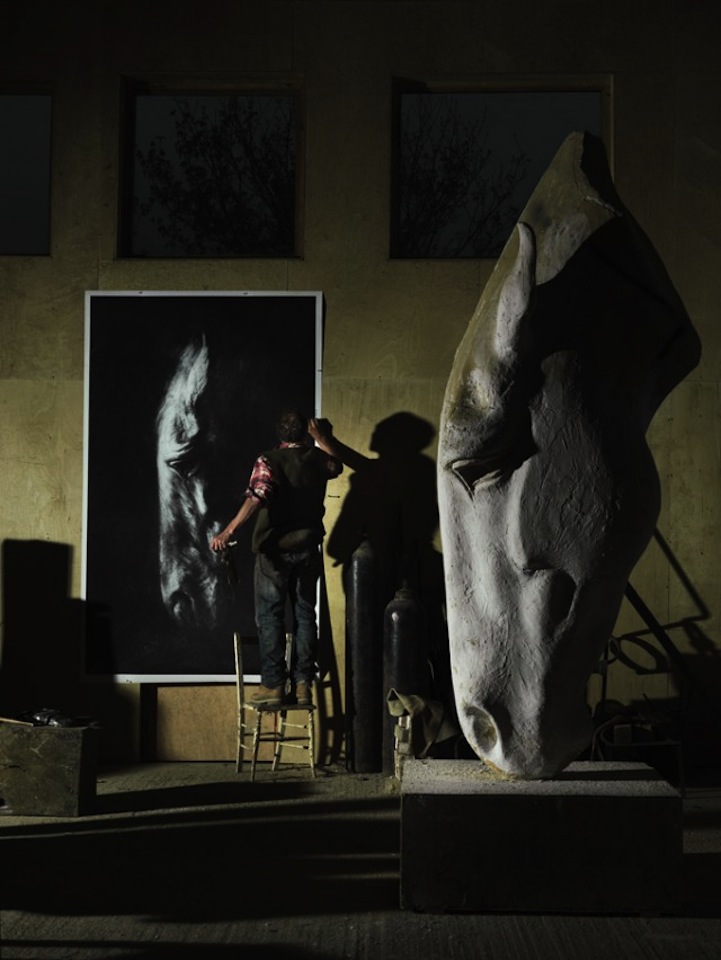 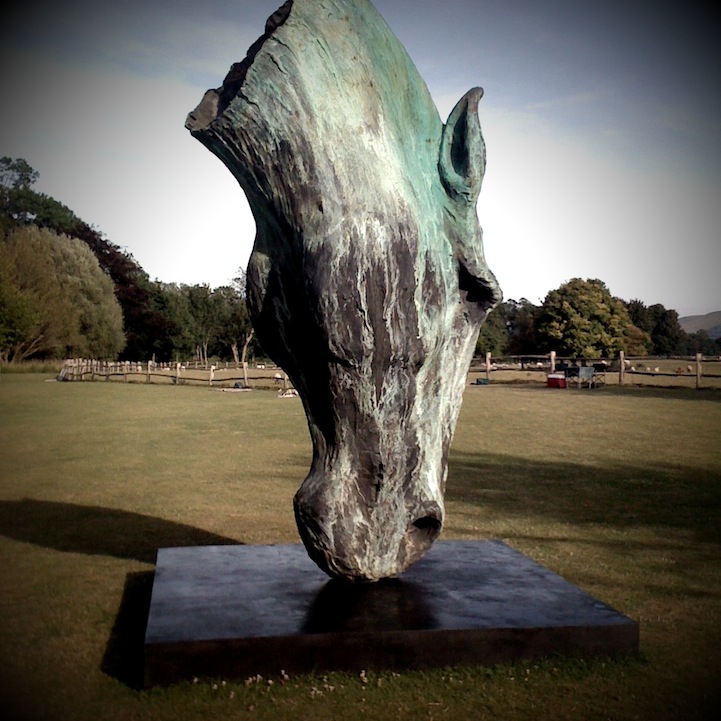