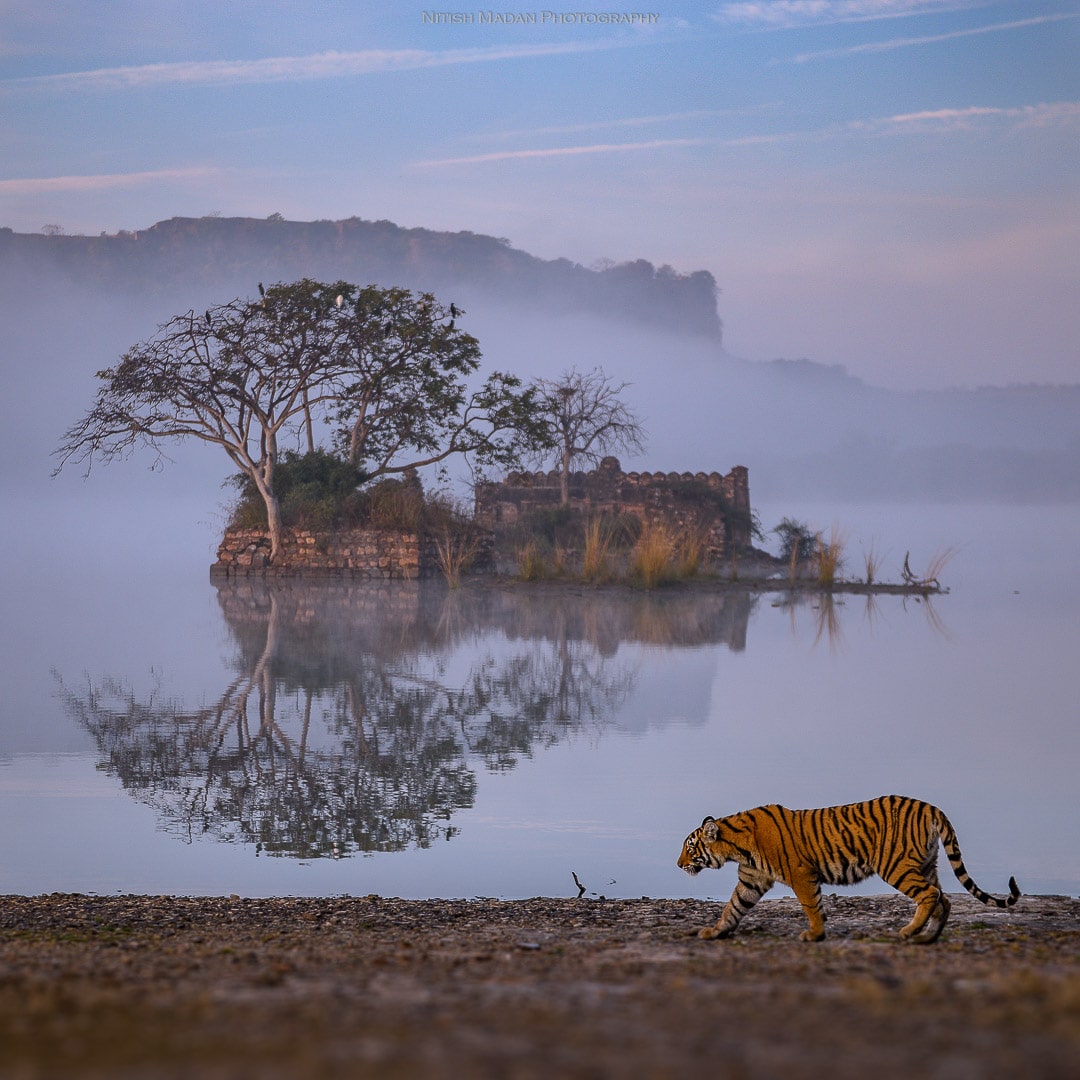 Many photographers have a dream image they're dying to capture. Mulled over in their minds for months, or even years, it's the elusive photograph that they know would be spectacular if only they could achieve it. For Indian wildlife photographer Nitish Madan that dream recently became a reality during a December morning at Ranthambore National Park in northwest India. This former hunting ground of the maharajas is now an enormous tiger conservation center, making it one of the best places for Madan to photograph tigers in the wild.

Madan is a wildlife photographer deeply committed to conservation and does his part to make sure animals are respected as he leads guests on photography tours through India's national parks. Personally, he has a soft spot for tigers. “I have a strange connection with them,” he tells My Modern Met. “They give me the power to move on. When I see one, I just can't take my eyes off it. They ooze power and magnetism and are breathtaking to see in the wild. They inspire a sense of fearlessness and majesty. They are so focused and unstoppable.”

So it should come as no surprise that Madan's dream photograph involved a tiger. In fact, he's spent over 10 years waiting for the perfect moment to capture a tiger walking in front of the picturesque Ranthambore Fort. This 10th-century relic is a UNESCO World Heritage Site and on a recent December morning, while Madan was with a group, they discovered fresh tiger tracks that led them to two young female tigers.

As they watched them fight, play, and explore, Madan realized that they would be heading for Padam Lake, the site of the fort. Seizing the opportunity, he asked the guide to veer in that direction. It's there, surrounded by the cold winter morning fog, that he finally got his chance.

“My heart was pounding and as I watched with bated breath, one of the girls started walking in the direction of the lake,” Madan recalls. “My fingers were numb from the cold and I couldn't feel them anymore. It was the moment I had been waiting for as long as I could remember. I shook my head in utter disbelief as I lifted my camera and was so glad to have been able to press the shutter button. I already knew how to compose the shot as I had practiced it a thousand times before, only this time it was with a tiger in the frame. It felt so unreal as if it was a mystic dream with a tiger crossing our world.”

In carrying out his work, Madan hopes to change people's notions about tigers and to remind the public that these majestic creatures are slowly disappearing in the wild due to poaching and environmental changes. As his images show, if given the respect they deserve and they're treated in a non-threatening manner, tigers and humans can co-exist peacefully.

In the lead-up to his dream photograph, Madan was able to capture other stunning photos of the tigers at Ranthambore National Park. 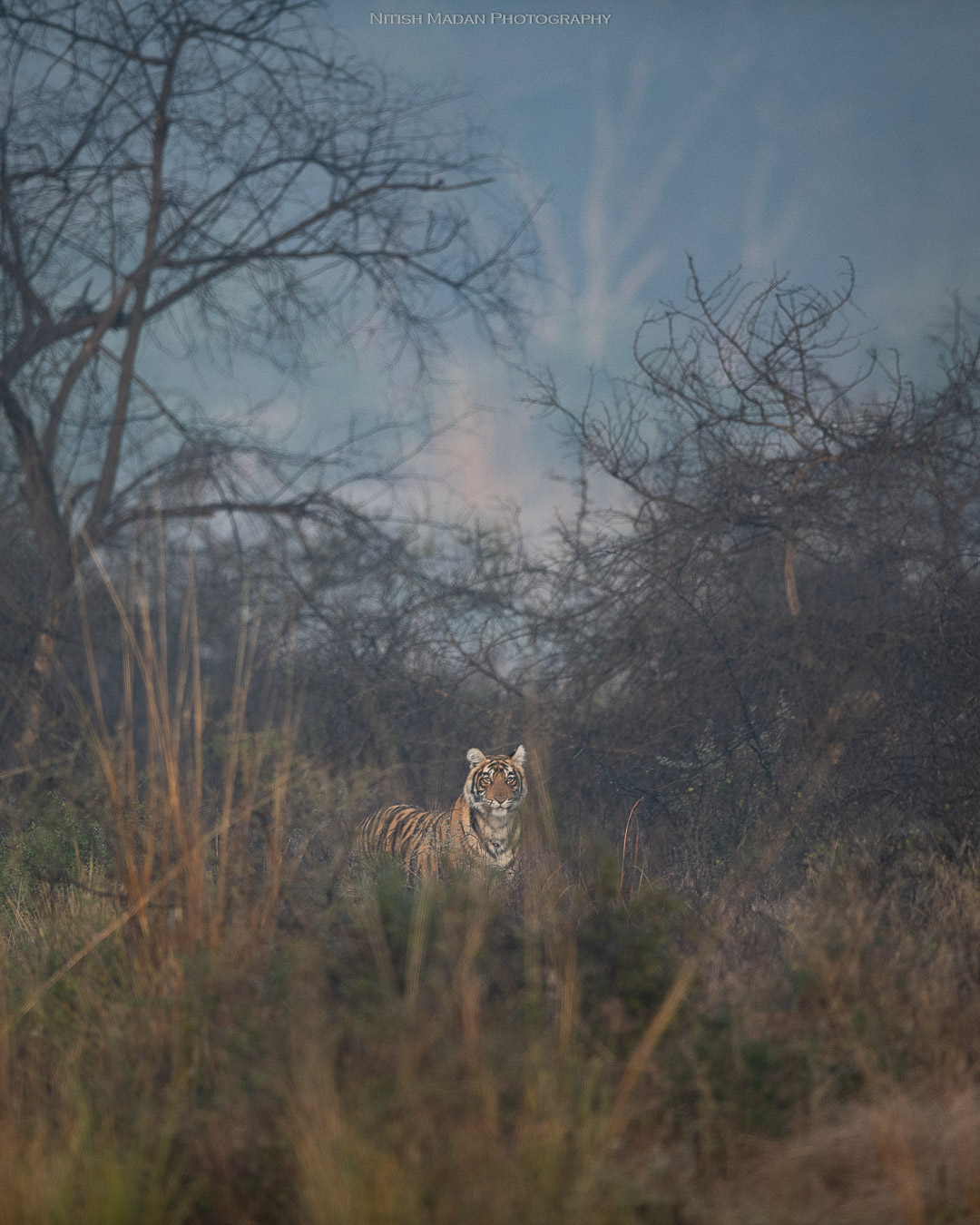 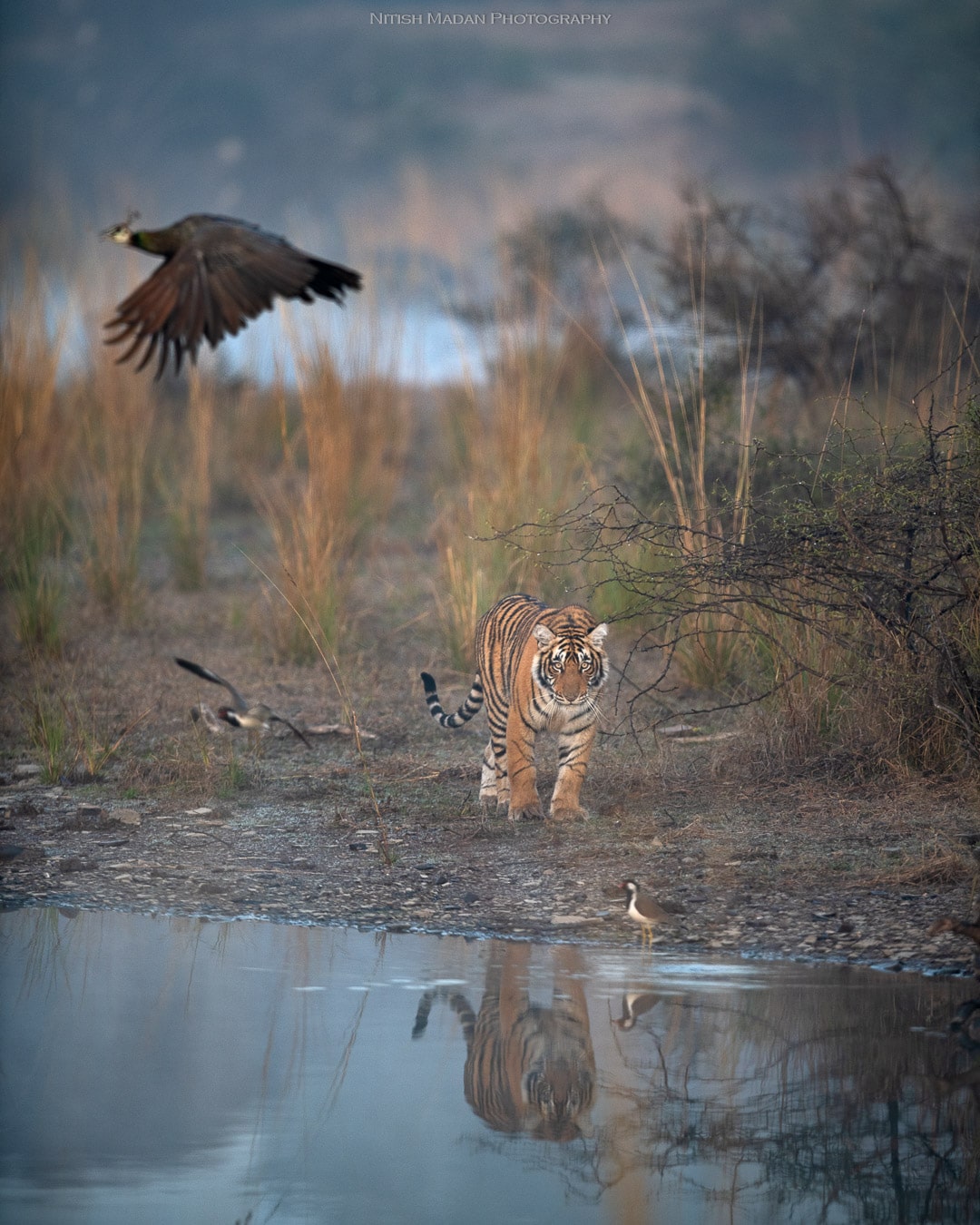 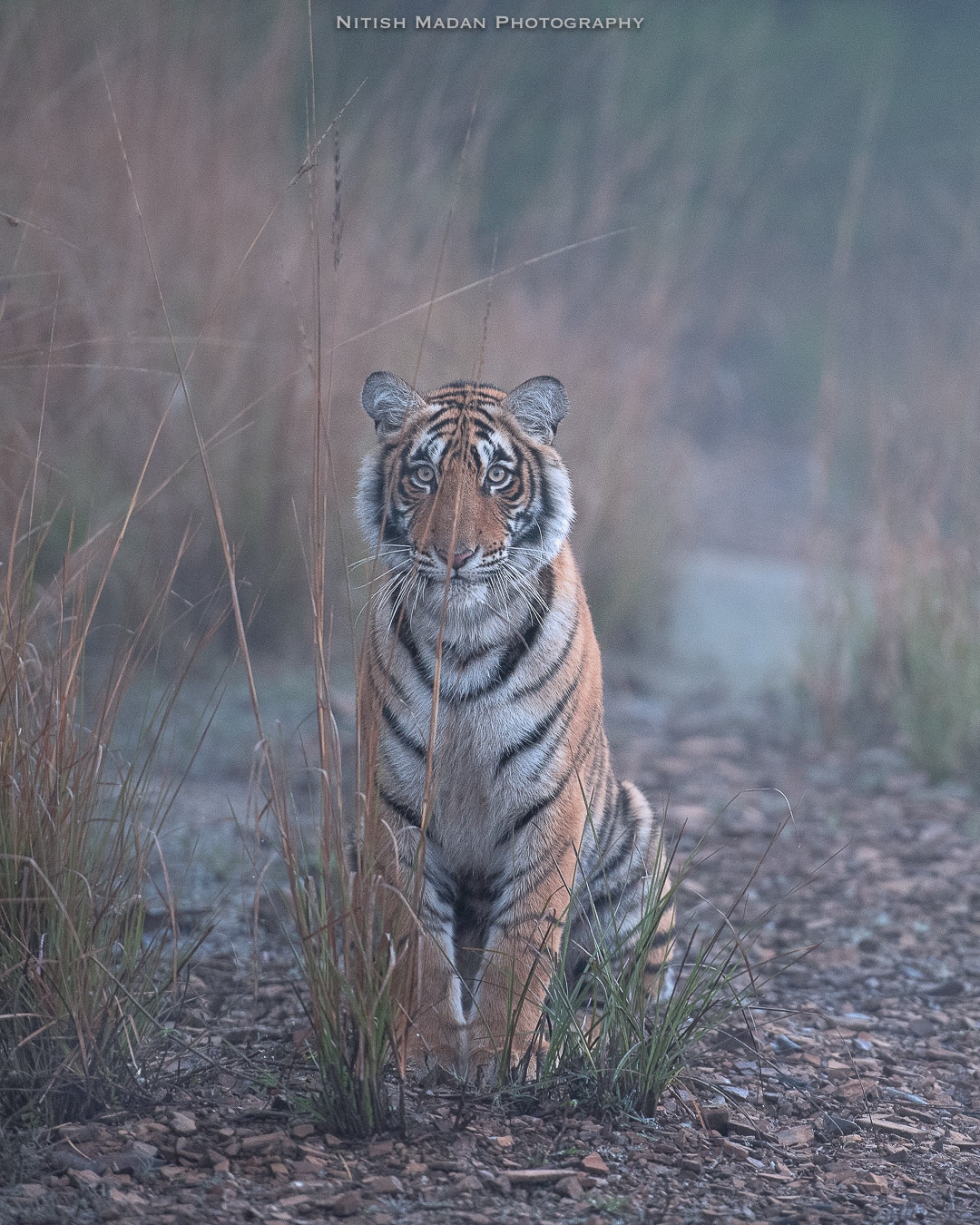 A Powerful Display of Rare White Tigers at Feeding Time

Love this photograph? Share
Like My Modern Met on Facebook
Get Our Weekly Newsletter
Become a
My Modern Met Member
As a member, you'll join us in our effort to support the arts.
Become a Member
Explore member benefits