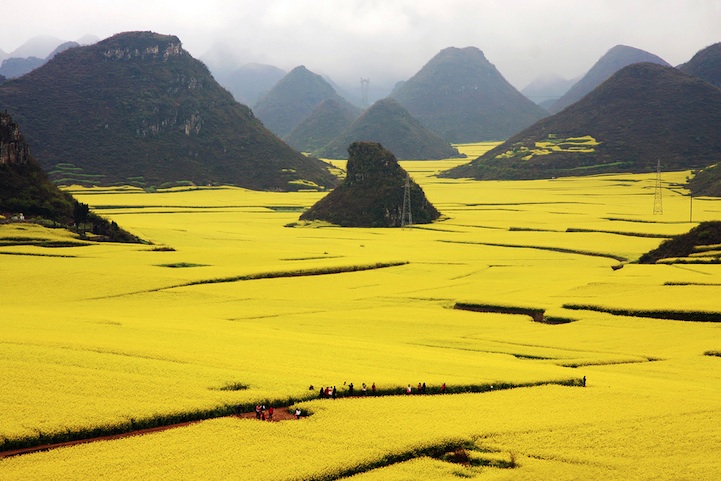 In the spring, the countryside of Luoping in eastern Yunnan, China turns into an ocean of flowers. It's that time of the year that the rapeseed flowers (or canola) are in full bloom. Photographers flock to this destination to capture the spectacular sight – rolling hills surrounded by bright yellow flowers as far as the eye can see.

According to China Backpacker, “The blooming buds fill the air with the refreshing smell of spring that not only attracts human, but also bees. The beauty of the yellow sea of rapeseed flowers swaying in slow swirling waves in the gentle breeze is a sight that is out of this world.

“Rapeseed flowers are planted to harvest cooking oil from their seeds after the flowers had withered after their colorful bloom. They are planted all over China but bloom at different times of the year, depending on the temperature of the locations. The rapeseed farms in Luoping are among the largest scale in China. They are normally the ‘first-off-the-block' every year, followed by those in Guizhou and other provinces.”

Near Luoping is NiuJe, which is where you'll find snail farms or flowers grown in circular rings that follow the contours of the slopes. From higher ground the farms resemble the rings of a snail's shell. “It is rather amazing when one considers that the farms were created by the farmers as a response to the natural limitations of the land,” states China Backpaper. “Yet they are like a work of art, with an artist exquisitely drawing circular rings on the ground and then filling them up with splashes of shocking yellow.” 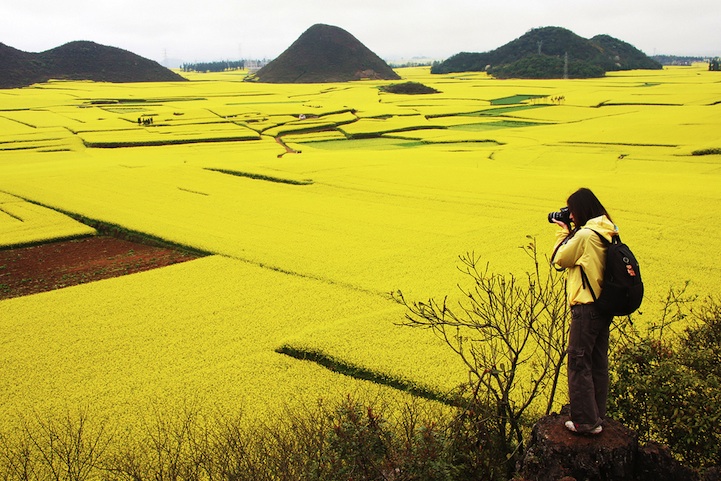 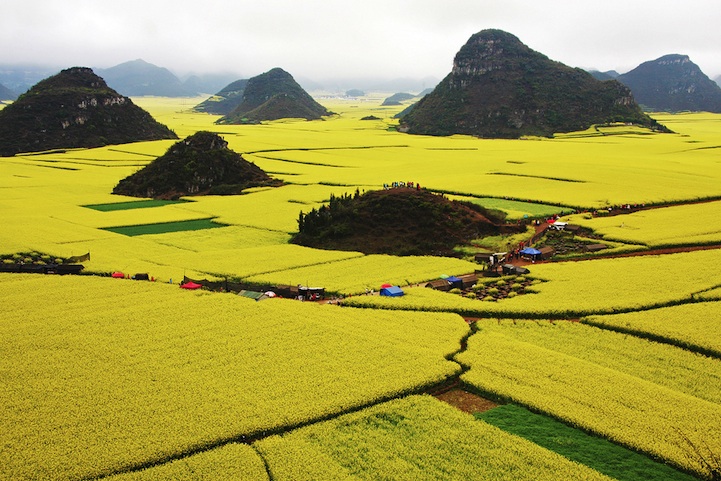 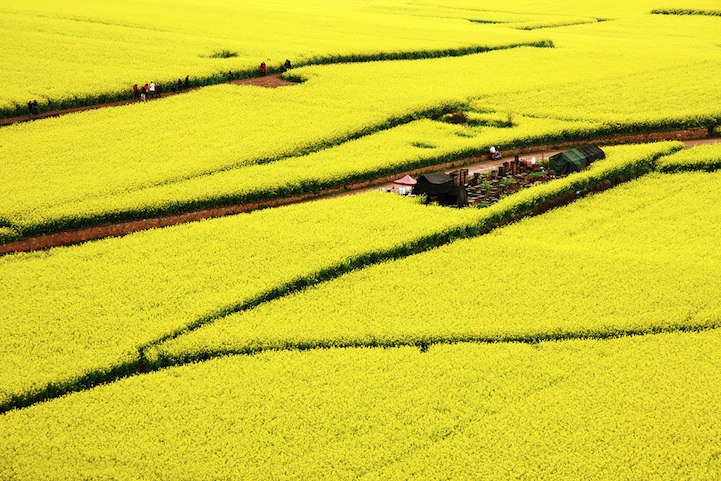 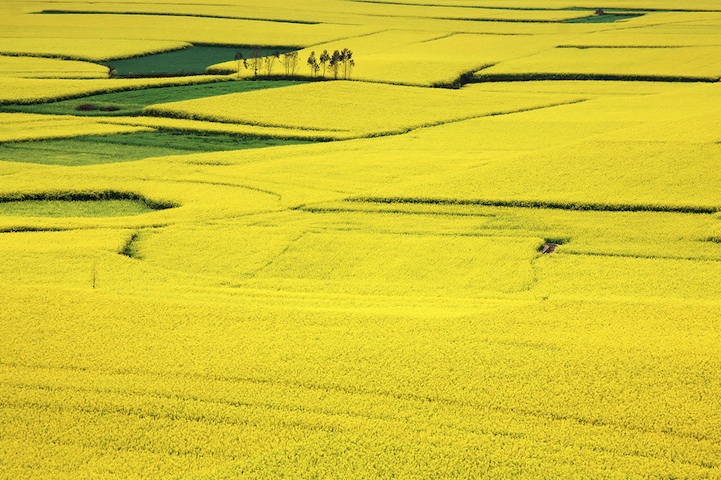 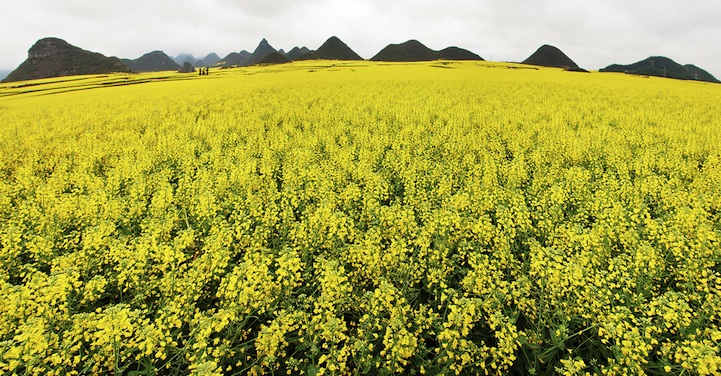 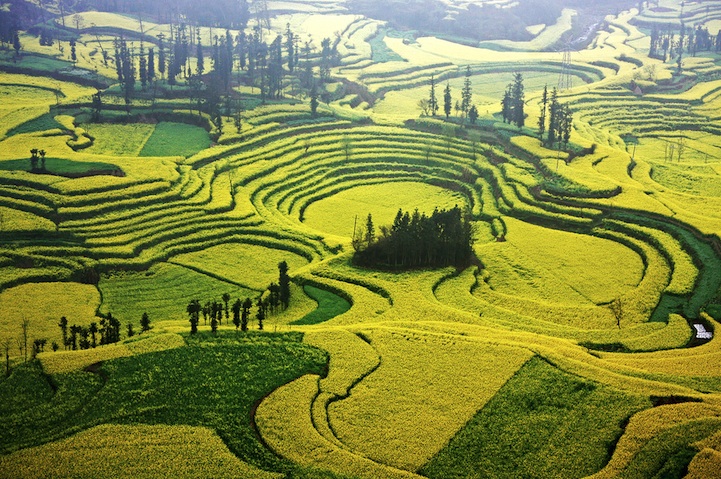 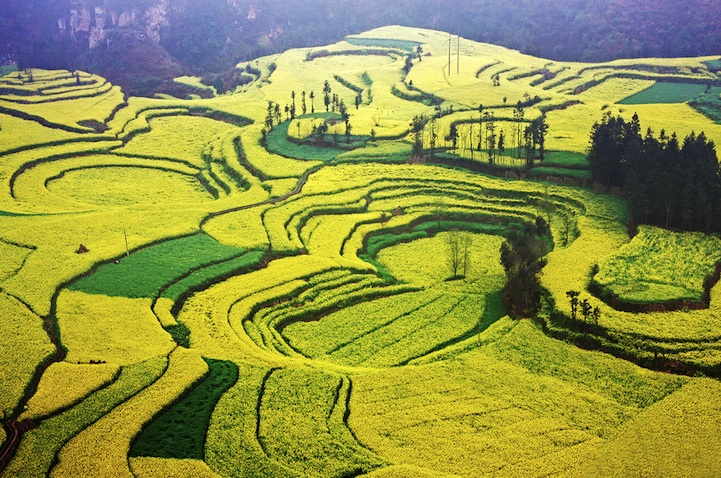