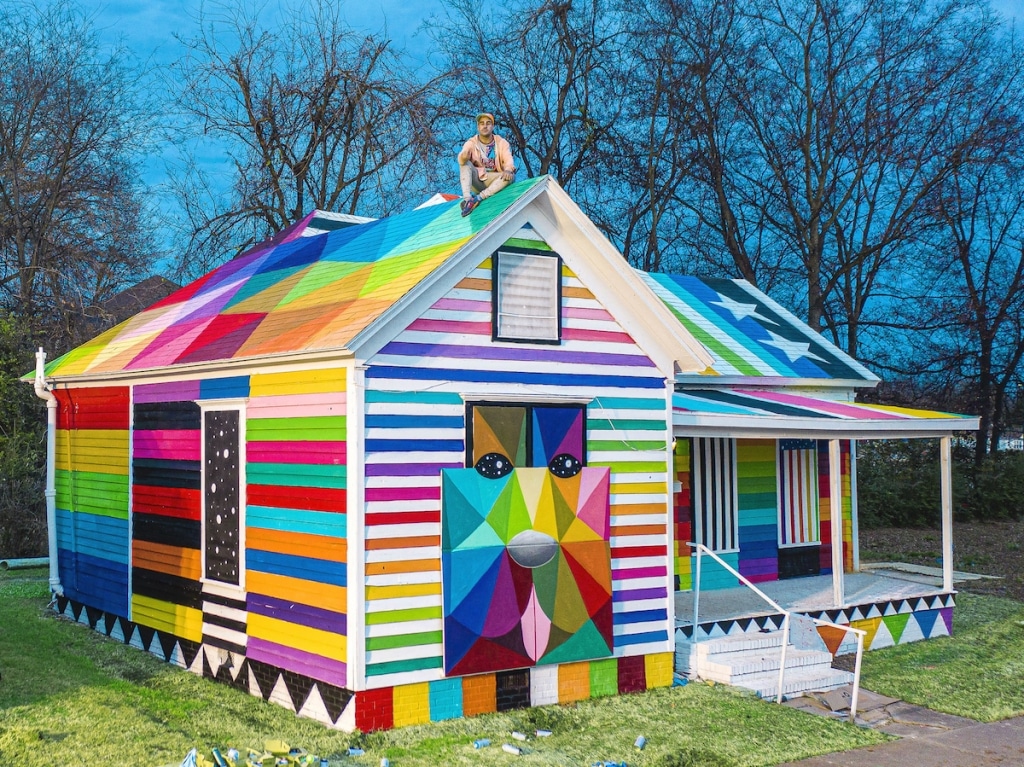 Spanish street artist Okuda touched down in Arkansas to bring his colorful, geometric art to the city of Fort Smith. As part of the city's Unexpected Festival, curated by creative house Justkids, Okuda created The Rainbow Embassy. In his characteristic style, he transformed a crumbling piece of architecture into a vibrant installation that makes an immediate impact on the surroundings.

It's Okuda's second time in Fort Smith, after having participated in the 2016 edition of the festival. This new work complements his previous installation, The Universal Chapel, and has allowed him to expand his vision of spreading mythical animals throughout the world. This time, Okuda found himself working on a neglected building close to the city's junior high school. His rainbow installation was greatly informed by the presence of youth in the neighborhood.

In fact, it was the response of students that got Okuda inspired to create this new piece. When coming up with the concept, he wanted to bring “a touch of imagination and play into the daily lives of the neighboring community and students at Darby junior high, as they will get to enjoy the installation and watch it evolve through the seasons.”

Students and residents of the neighborhood will certainly have a lot to enjoy with The Rainbow Embassy. Amid the myriad stripes and stars, two animals are cleverly woven into the building. A happy dog sticks out its tongue on a boarded up window, while another mythical creature takes up space on the property's shed.

This work of fantasy allows viewers to sit back and drink in the details, while at the same time feeling transported to another world. It's this effect that makes Okuda's work so special. “Okuda’s high spirited and immersive works are a true gift of joy to the community, nothing short of a dream come true,” shares The Unexpected curator and Director of Justkids, Charlotte Dutoit. 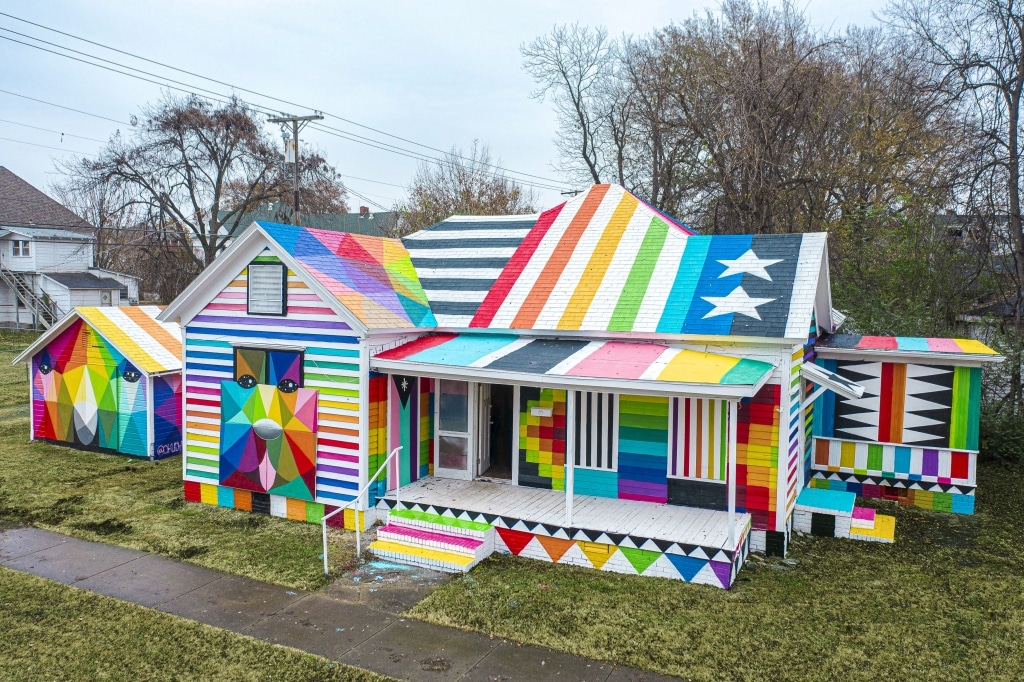 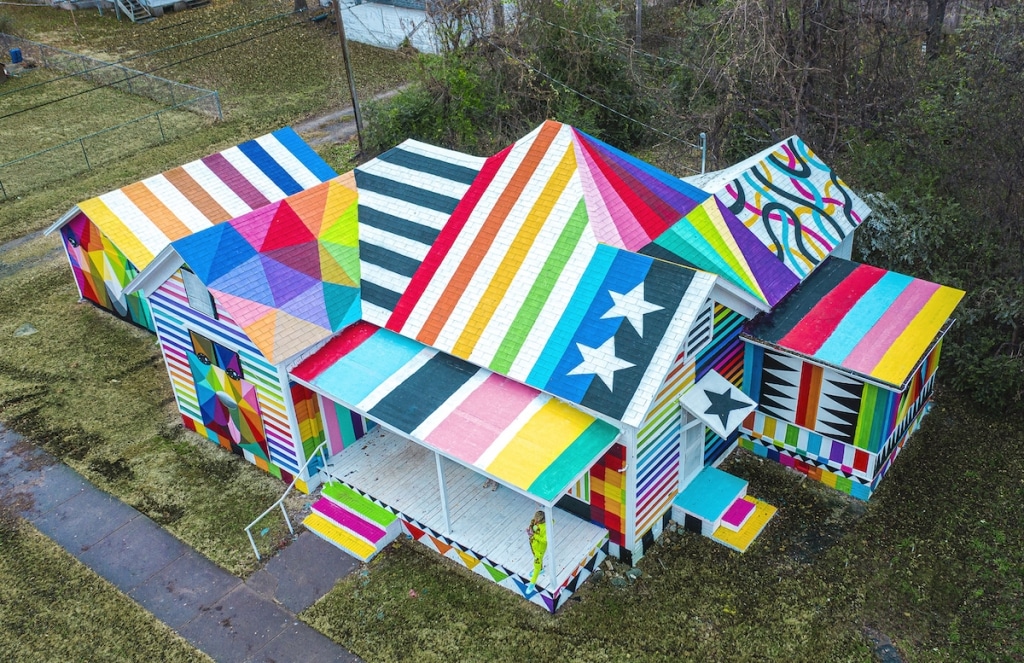 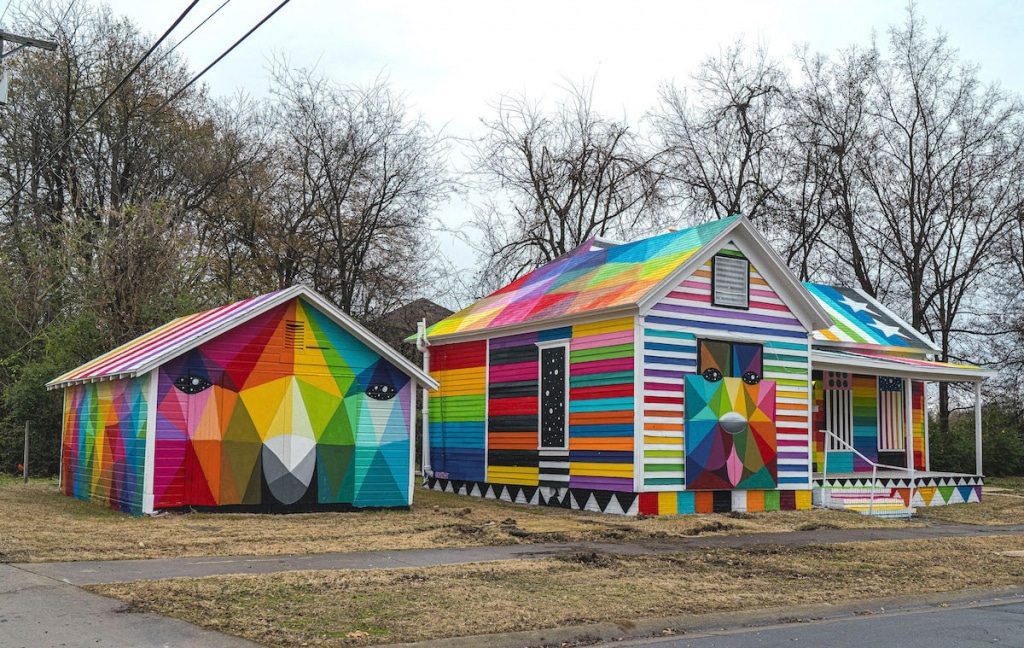 See how the renowned artist created his colorful, immersive installation. 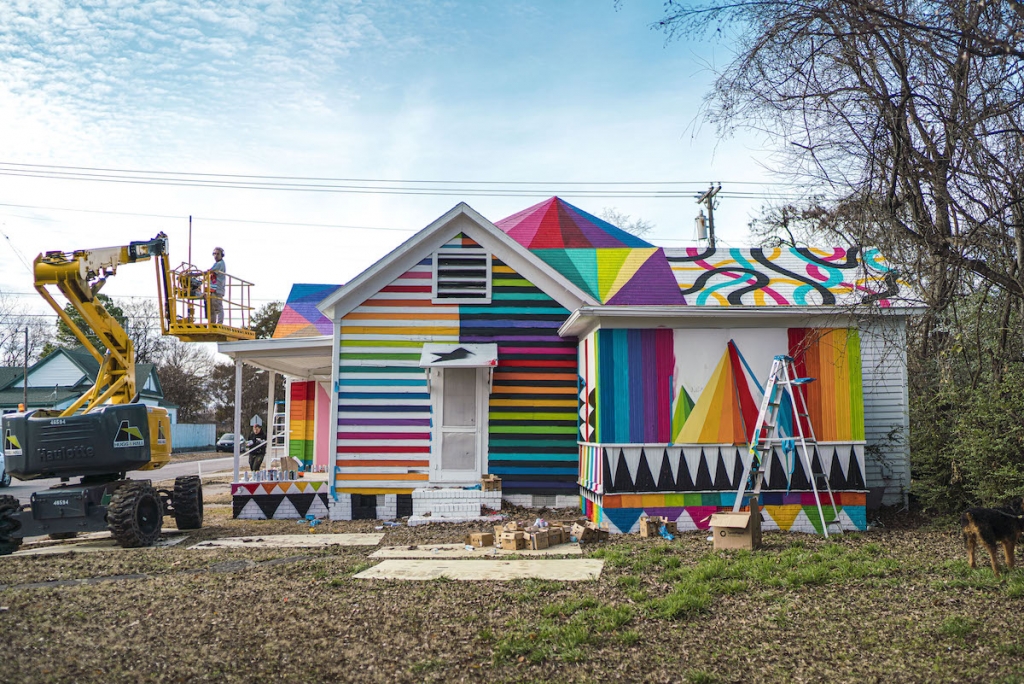 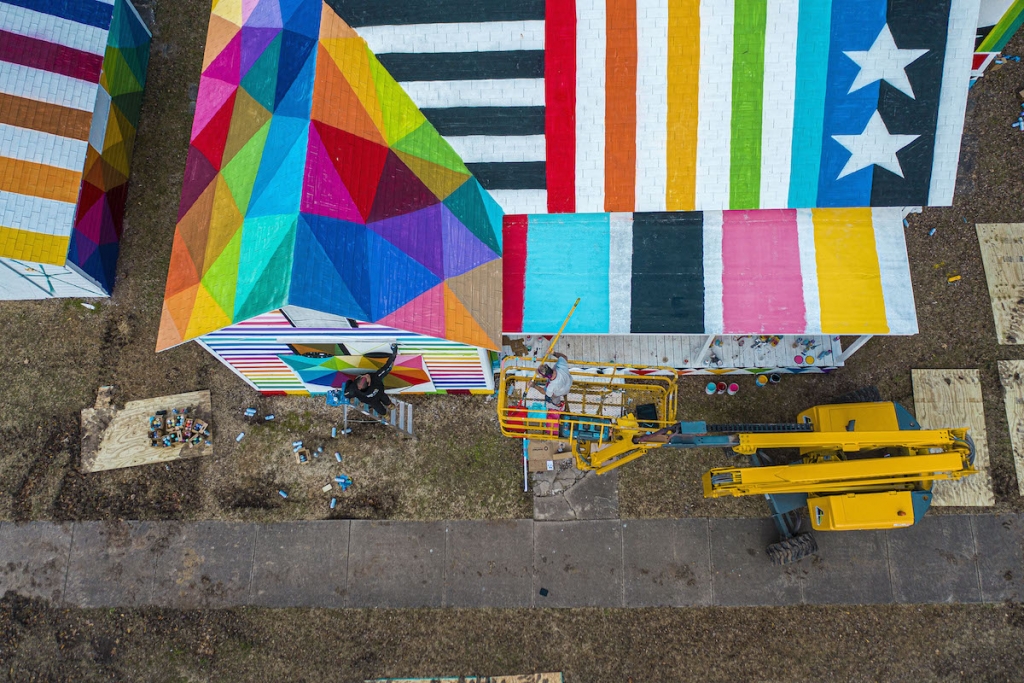 My Modern Met granted permission to feature photos by Justkids.

Moroccan Chapel Transformed into a Vibrant, All-Encompassing Mural by Okuda

Isn't it cheerful? Share
Like My Modern Met on Facebook
Get Our Weekly Newsletter
Become a
My Modern Met Member
As a member, you'll join us in our effort to support the arts.
Become a Member
Explore member benefits